Belarusian "gambit" with a soda flavor

Dmitry Mazepin, the owner of Uralkali, may be behind Grigory Rapota's resignation, presumably wanting to gain control of BSC, whose Board of Directors is headed by the State Secretary of the Union State.

As it became known to the correspondent of The Moscow Post, state Secretary of the Union state of Russia and Belarus Grigory Rapota has submitted his resignation. According to stubborn rumors, the Governor of St. Petersburg Alexander Beglov can replace him in this post. Who, as they say, does not appear in public or even in his office for the second week. Allegedly, he is quarantined before meeting with the President, who has to approve his candidacy.

Rapota's departure amid the political crisis in Belarus is attributed to his inefficiency in this post. They say that the integration of the two countries is stalling, he failed. However, according to our sources, Dmitry Mazepin, the head of Russian Uralkali and Uralchem, may have given a serious impetus to his departure.

Detractors believe that he could have long targeted the Bashkir Soda Company (BSC), which has been headed by Grigory Rapota since 2018. This was reported by Kommersant. Recent events on Kushtau mountain and talk of possible nationalization of BSC, which is part of Bashkhim, give him the opportunity to fish in muddy water.

After all, if the privatization of BSC in the early tenth years is recognized as illegal (and there seem to be signs that it could have been such), then instead of nationalization, the asset can be given to someone who is considered a more effective and loyal owner. And here is Mazepin!

Who is "muddying the water"?

Not so long ago, against the background of the Kushtau mountain scandal, President Vladimir Putin spoke out about BSC. "The controlling stake there belongs to private individuals. The money earned by the company is practically not invested in development, and it does not remain in the region. With a total revenue of 45 billion rubles in 2019, only 2.5 billion rubles were used for investment purposes. Where is the money? It is clear where - in offshore companies," - the Head of the state noted. His words are quoted by Kommersant.

The President is right - today the Bashkir Republican JSC Regionalny Fond owns only 38.2% of the shares of the Bashkir Soda Company. A majority stake of 57.1% is held by Bashkhim JSC. Which, as the authors on the Bezformata website claim, is supposedly controlled by the Cyprus offshore company Modisanna Limited.

Sergey Chernikov, Albert Kharisov and Viktor Islamov are the key beneficiaries of Bashkhim and, accordingly, the controllers of Modisanna Limited. They formed their key asset and received ownership from the state under extremely murky circumstances of the merger of JSC Kaustic with JSC Soda, which belonged to Bashkortostan. The process was completed in 2013.

However, it will not be better with offshore companies there in the case of renationalization and re-privatization of BSC, if it is in Mazepin's hands. After all, the same Mazepin's Uralchem is also managed through offshore companies. And also from Cyprus - ACF-Agrochem Finance Limited and CI-Chemical Invest Limited.

Why can Mazepin be so eager to grab the Bashkir Soda Company? The fact is that it is one of Uralchem's key counterparties in the market.

Soda ash, the largest producer of which in the Russian Federation is the Bashkir Soda Company, is necessary for Uralchem to produce some of the key types of fertilizers manufactured by Mazepin's structures. His company has repeatedly butted heads with BSC over the price of soda, which Uralchem considers inflated.

In 2018, even Mazepin's complaints about BSC reached the Russian Government. As Kommersant wrote, the oligarch considered the pricing of BSC unfair. At that time, there were rumors that the reason for the pressure was not so much the prices (really high, as noted in the market), but the desire to discredit the company in order to weaken its position in the market for a possible takeover by the potassium giant.

But Mazepin did not succeed at that time. Now that there is a crisis in Belarus, has he decided to act through one of BSC's key officials, Grigory Rapota? By the way, they say that he generally actively muddies the water in Belarus. Mostly by using the situation around the strikes of workers of the largest Belarusian enterprises.

First of all, we are talking about Belaruskali, one of Uralkali's key competitors in the global potassium market. Earlier, there were rumors that he could offer the services of his workers to Alexander Lukashenko, who could allegedly replace the striking Belarusians. At the time, experts suggested that Mazepin might bargain with Lukashenko to gain control of part of the Belarusian potassium giant.

It seems very likely that Mazepin is actively playing on the contradictions within this country. For example, he recently called on Alexander Lukashenko to engage in dialogue with the protesters. This was reported by Interfax.

This tactic is reminiscent of the millennia-old divide-and-rule strategy. Rumor has no doubt that Rapota's leaving the post of the State Secretary will seriously weaken his administrative and political positions within Russia itself. In turn this against the background of the scandal with BSC on Kushtau this will help to make it more tractable.

"Not the first time for Mazepin"

If this very likely scheme works, Dmitry Mazepin will have a lot of insight. However, he is not the first to be credited with extremely aggressive and non-public tactics to take over businesses that he likes. Recently, a scandal broke out in the Perm region with another "soda" company -  Soda-Chlorate LLC.

The latter, presumably, allowed contamination of the Kama river with harmful emissions, which could affect not only people, but also the downstream assets of Mazepin. Meanwhile, Soda-Chlorate is one of the key contractors on the market for another Mazepin's giant - Uralchem.

Soda-Chlorate LLC is considered to be affiliated with the influential Perm businessman and politician Yuri Borisov. By a strange coincidence, along with this incident, he immediately formed a lot of problems on different "fronts", which detractors were quick to attribute to some mythical tricks of Mazepin. 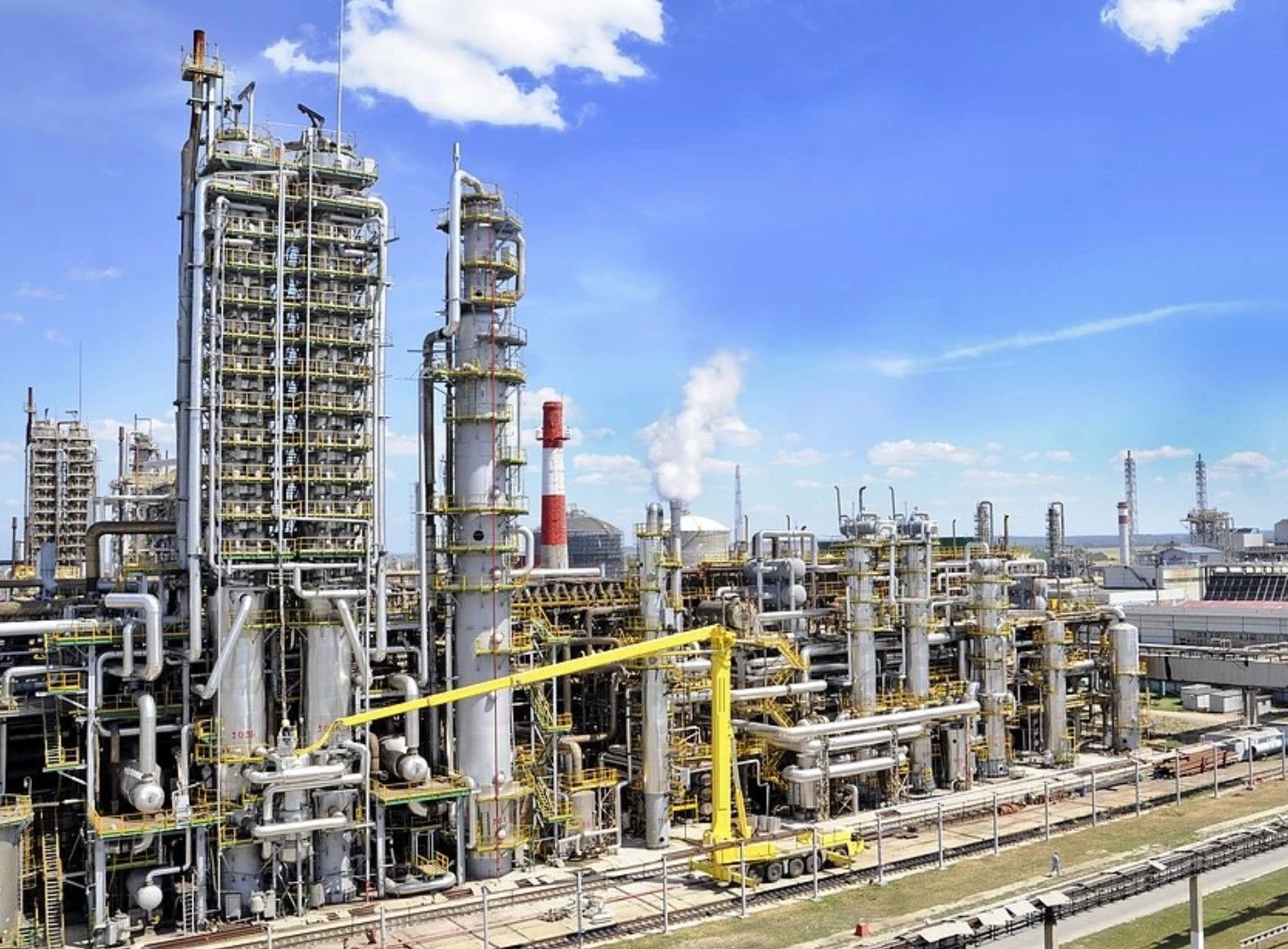 Is BSC waiting for the fate of Togliattiazot and Voskresensk Mineral Fertilizers?

First of all, we are referring to the situation with the Dzerzhinsky plant, which is close to Borisov. At the beginning of this year, in connection with the bankruptcy of the enterprise, Borisov's property was even arrested. In addition, Yegor Zavorokhin, one of the former top managers of the plant, who is considered a man of Yuri Borisov appeared behind bars. This was reported by Kommersant.

The most high-profile story of the last decade, related to the appetites of Dmitry Mazepin, was the court proceedings around JSC Tolyattiazot. The latter aimed to take over the last large private chemical enterprise in Russia after receiving a 10% stake in the plant in 2008.

According to rumors, it was Mazepin who was at the origin of the huge corporate conflict in ToAZ and criminal cases against its former majority owner Vladimir Makhlai and his son Sergey. The latter headed the company's Board of Directors, but eventually lost his position under the weight of a whole bunch of circumstances. Did Mazepin decide to do something similar with Rapota?

Today this conflict has been going on in the international format. Mazepin, Uralchem and a number of other individuals were sued by offshore companies that now own a significant part of ToAZ.

But that's not all. The market perfectly remembers the hustle and bustle of the "Apatite wars" with Mazepin's participation, as well as the complete collapse of the Voskresensk Mineral Fertilizers (VMF) under the wise leadership of the owner of Uralkali. Mazepin, who bought the plant in 2008, promised to revive the company. But in fact, just a year later, the ammonia systems stopped working there. Then there were massive dismissals and losses.

Meanwhile, there were rumours that all good assets were transferred from the plant to Uralchem's structures at the same time. So when Mazepin gets control over something, including BSC, the company is not sure to be allowed to work normally.

Getting control of the BSC should be beneficial to Mazepin also because now his structures are experiencing big problems due to the debt load. And this is not counting technogenic accidents, which happen at its facilities from time to time, rattling the whole country.

At the same time, at the end of 2019, Uralchem was finally managed to reach a plus - profit of 50 billion rubles, rising by 90 billion rubles over the year. But at the expense of what could this be done? Due to the huge debt load of the enterprise. This is clearly seen in the book value of the company's assets, which in 2020 amounted to minus 63 (!) billion rubles.

To sum up, it seems that we are not at the end of the crisis with BSC, but at the beginning of another large-scale corporate conflict, which may involve the Bashkir authorities and even the President of the country. Instead of thinking about scheming for competitors, isn't it better for Dmitry Mazepin to pull his assets out of debt without sliding into manipulation?