Bazaar left without B

While Karim Babaev is on the run, and his possible accomplice Borzenko in a pre-trial detention center, the businessman's family gets rid of assets and puts money in his own PR?

As the correspondent of The Moscow Post in the Rostov Region reports, while the situation with workers of the stopped Almaz and Atlant markets is heating up in Rostov-on-Don, the family of businessman Karim Babaev, who owns assets, can spend millions on his own PR.

On the eve of a number of media and telegram channels, including the federal level, publications appeared demanding to immediately solve the problems of these markets. Workers recorded an appeal even to Vladimir Putin, asking to pay attention to the situation. After all, summer is already over, and people are also sitting without work in limbo.

The scandal itself erupted in April 2021, when law enforcement officers visited there with checks, the work of the markets was stopped. Subsequently, the head of the Aksai district of the Rostov region, as well as the sons of a famous businessman, the owner of these markets, Karim Babaev, Eduard and Vadim Babaeva, were detained.

A criminal case was instituted against them. They, including Vitaly Borzenko, who led the Aksaysky district for 27 years, are suspected of creating a criminal community and fraud with municipal land. Another person involved in the case is the director of the Aksai market, Ivan Sitko, the husband of the sister of the official's wife Borzenko. At the same time, according to the case file, there were other persons who are suspected of organizing a criminal group and in a number of other illegal episodes.

Nikolai Borzenko was detained, his political career is over. The sons of Babaev Sr., Vadim and Eduard, were also detained. But Karim Babaev himself managed to escape, his whereabouts are unknown.

According to investigators, the Borzenko-Babaev criminal group has been engaged in land fraud in the Aksai district for 20 years, and the head of the district was its political cover. The creator of the entire organized crime group is called Karim Babaev directly, the portal 161.ru writes about this.

The case stirred up the entire Rostov region and instantly fell on the federal subpoena. Vitaly Borzenko was considered one of the political heavyweights, was in good standing in the administration of Governor Vasily Golubev. He didn't know what the official had been doing for 20 years?

In total, the Borzenko family had 170 real estate objects. His two daughters, 37-year-old Anastasia Tkacheva and 31-year-old Ksenia, have a huge number of land plots in the area.

Anastasia has 45 land plots, buildings, agricultural structures, her husband's possessions were a little more modest - 28 plots and office buildings. Another 10 plots and buildings were found by the wife Borzenko. According to some reports, the total value of all property is about 300 million rubles.

In 2019, Borzenko's earnings amounted to only about two million rubles. According to official figures, he has a plot, a garage and a non-residential room. There's not even a car!

At the same time, court proceedings are already underway on lands that could be illegally alienated from the municipality in favor of the markets owned by the Babaevs. In July 2021, in the court of the Aksai district, the case of the Almaz, Atlant, Classic and Vegetable markets was examined at the suit of the prosecutor's office of the Rostov region.

The defendants in the lawsuit are the owner of the markets, who fled from the investigation, Kerim Babaev and his partners. The prosecutor's office disputes the legality of obtaining land from the district redistribution fund for long-term leases for business organization. About this writes "Who is in charge. Rostov. " 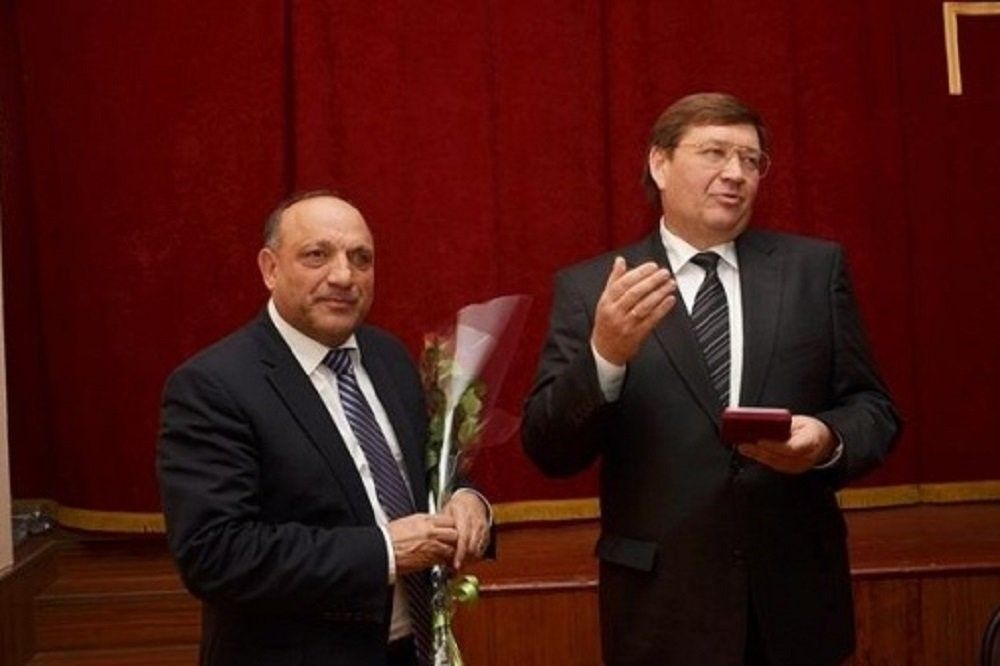 Sub-tenants also joined the proceedings. We are talking about plots on a western street in Aksai. The supervisory authority demands to demolish the buildings of the hotel "European," the cafe "McDonald's" and the gas station, and return the land to the municipality.

At the same time, the owners of the gas station and cafe, apparently, were generally not aware of the activities of Babaev and Borzenko, but acted as simple tenants. Now they can lose their property. And it's just one thing. How many people could suffer in 20 years is unknown, but law enforcement officers call the approximate amount of damage of 500 million rubles.

This is not counting what could happen directly in the Babaev markets, where, according to local assurances, they allegedly "always took only tax." They say that even for the opportunity to bring a truck to the market, a fee of 15 thousand rubles could be charged. This is a billion-dollar turnover per month from only one service. Not surprisingly, markets have still not been allowed to continue.

Babaev is one of the most famous and wealthy families in the region. They have billions of assets and dozens of campaigns, they were engaged in philanthropic activities, invested in the development of various sports, sponsored SKA-Rostov. It is not surprising that now the family is trying to stop the scandal in the information field.

Gordon immediately stated that the family of Aksai businessmen Babaev is simply being poisoned, and merchants are not allowed to work normally. And not a word about how and why the father of the family was wanted.

Meanwhile, the efforts of the family can be aimed at maximizing the preservation of assets. According to evil languages, supposedly there is no empty place, and Ali Uzdenov, managing partner of AFK Sistema Vladimir Yevtushenkov, who heads its agrarian division, the Steppe holding, could put an eye on the company of the disgraced Babaev family.

This could explain how easily Golubev passed the same Borzenko and Babaev - apparently, they became too toxic. Uzdenov is so connected with Golubev, they are considered friends. Until September last year, the sons of the governor and an influential businessman conducted a joint business at all, being co-founders of Listopadovsky Sources LLC, which is engaged in real estate.

It seems that now the Babaev have begun to move assets. The founders of Almaz LLC, together with Vadim and Eduard Babaev, to whom the security forces had questions, are Elena Lepeshkina. She is also the co-founder of Crystal LLC along with Eduard and Raisa Babaev. The latter, apparently, is the wife of Karim, to whom the investigation for some reason did not have any questions.

But Karim is her direct partner in LLC Prigorodny. She owns another 7 companies. Looks like the family had a bad feeling. Even before the story of the criminal case, in 2020 she left the founders of a number of companies - Aksaysky Vegetables LLC, Agrofirma Loza and the already mentioned Almaz LLC.

Already this year, she left LLC Rus and LLC Irbis. The exodus from the assets was observed by Karim Babaev himself, who, thus, could try to divert suspicion from himself and hide property from other owners. Last year, he withdrew from the co-founders of more than five companies. Today it remains so in five, and in three more it is listed as a leader.

At the same time, money from organizations associated with it could have been outside their limits for a long time. Now in the process of liquidation, two more of his companies are BEN LLC ("laying," which did not conduct any activity, everywhere zero) and exactly the same BTD-Don LLC. But in Bagi LLC, which is engaged in retail trade, and in which Babaev remains the general director, with zero employees and 10 thousand authorized capital, the loss for 2020 year amounted to minus 16 million rubles. 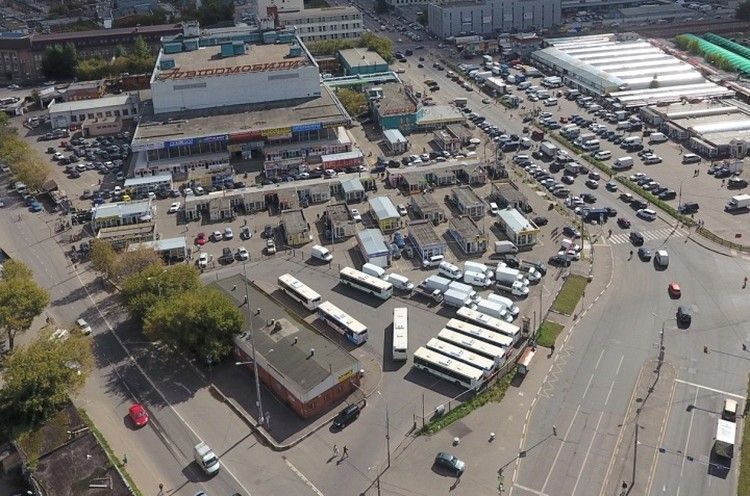 Everything goes to the fact that now the Babaev family is trying to redistribute the remaining business assets to different baskets, and at the same time use the difficult situation with merchants on Atlanta and Diamond in their favor. It is critically important for them to maintain control over markets, the shadow turnover of which can be up to 2 billion rubles a month.

At this time, Governor Vasily Golubev struggles to pretend that there is no scandal. They say, allegedly afraid, no matter how Vitaly Borzenko put him himself in a negative light before the investigators, and at that time he himself is trying to agree with other players and stop the situation.

There is no holy place empty, and after the collapse of the Babaev-Borzenko group, Golubev could bet on people more seriously - the same Ali Uzdenov. He, under the "umbrella" of the Eutushenkovsky Sistema, could easily put Babaev's vegetable markets (and other assets) into his own turnover.