How long will the alienation of state property of the strategic Almaz-Antey Corporation continue, and whether its leadership, headed by Yan Novikov, is warming hands on this?

As the correspondent of The Moscow Post reports, the Almaz-Antey state holding, which is engaged in the development and production of strategic products for Russia, under the leadership of visionary Yan Novikov continues a large-scale sale of its "non-core" assets.

This time, the property of the holding company in St. Petersburg was sold at the auction, where the complex of buildings of Almaz-Antey in the Primorskaya metro area was recently sold. In addition to it, they sold a vast territory on Lermontovsky Prospekt and several houses on Maly Prospekt of the Petrogradskaya side.

The "sale" has been continued for almost five years. It has taken on such a scale that Almaz-Antey is about to be left without any property at all - just a couple of workshops and its headquarters in Moscow. In whose interests does Yan Novikov act, and who gets huge amounts of money from the sale year after year?

In the case of St. Petersburg and the latest deals, Novikov found nothing better than to "transfer" the "extra" property of the holding company to perhaps the most odious development structures in Russia. The LSR group of Andrey Molchanov payed for buildings in the Primorskaya district at least 4.6 billion rubles, RBI - 2.6 billion, and Pegas LLC, which is associated with the scandalous Sergey Gordeev's PIK Group, - 840 million rubles. In total, more than 8 billion rubles.

The very names and names of the companies to which the assets were transferred can cause confusion. What is happening is very similar to the most common squandering of state property with an incomprehensible purpose and beneficiaries.

For example, the RBI group was given historical buildings previously protected by the state, which housed the subsidiary of Almaz-Antey, also a strategic enterprise of JSC All-Russian scientific Research
Institute of Radio Equipment (JSC VNIIRA). The participants of the transaction noted that all the factory workers had long since moved to the site at the Obukhov plant.

The removal went on long and painfully from the beginning of the 2010s, and was completed only in 2016. It was to be carried out under the strict supervision of Yan Novikov, who at that time was First Deputy (2002-2013), then First Deputy General Director, and since November 2015, General Director of the Corporation. 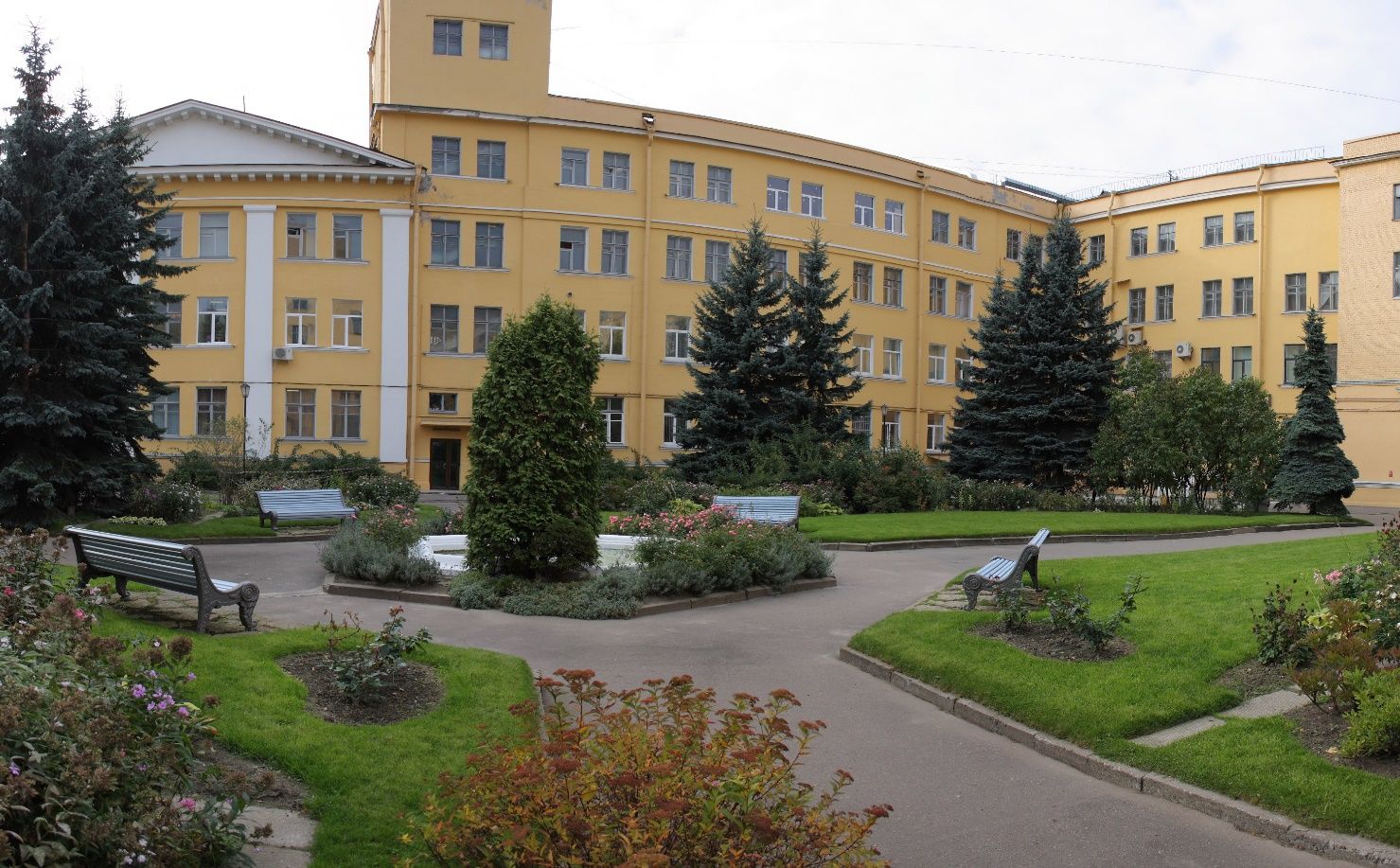 Will there be another ugly residential complex or luxury apartments instead of the strategic production of JSC VNIIRA?

According to evil tongues, allegedly there was no need for removal and "compaction" at the Obukhov plant, and they could plan to make a fair profit from the site on Lermontovsky Prospekt even at that time. And this is despite the historical status of state-protected buildings. Previously, the Nikolaev Cavalry School was located there. Will they now construct concrete-glass "monsters" under the new elite residential complexes?

It is noteworthy that in 2016, the then Governor of St. Petersburg, Georgy Poltavchenko, visited the Obukhov plant. He was accompanied by the speaker of the Legislative Assembly of the Northern capital Vyacheslav Makarov. In the same year, the non-core assets of JSC VNIIRA that still belong to Almaz-Antey (and this, we recall, is 48 hectares of expensive land in the city centre) received the status of suitable for residential and business development with the approval of the authorities of St. Petersburg. A coincidence?

Recently, the house of Makarov's daughter, the former owner of the development company Eurostroy GC Anna Selegen, was searched, and Makarov himself was repeatedly accused of lobbying the interests of development companies. For example, Petrostroy - he openly put pressure on the resource-supplying company JSC Teploset of St. Petersburg, which allegedly did not allow his daughter's company to receive profitable orders. This was written by PASMI.

Poltavchenko, who came with Makarov to the Obukhov plant, then said that due to the relocation of the workers of JSC VNIIRA, the productivity at the plant increased 10 times. They say, what good fellows. Though, it is not clear why this would happen all of a sudden, if there was no modernization of production. Moreover, the figures also indicate the opposite. Productivity only seemed to be falling.

Under the wise supervision of the supervisors of Almaz-Antey, the losses of its subsidiary JSC VNIIRA in 2015 amounted to 86 million rubles. In 2016, it was already 222 million rubles, and in 2017, it fell into the basement to 933 million rubles. There are no financial indicators for the last couple of years at all.

A very strange "efficiency improvement". Rather, the final degradation of the enterprise. Now, Almaz-Antey claims that the money raised from the RBI for the area on Lermontovsky Prospekt will be used to modernize the facilities. This is what Fontanka writes about. Again promises, again 10 times "increase" productivity?

And these are just a few examples. There were many other assets whose acreage then were sold at auction. Of course, not all their managers agreed with this fate of their enterprises. The situation with another subsidiary of Almaz-Antey and another strategic asset, the Avangard machine-building plant, turned into a loud scandal.

The factory squares in the North-West of Moscow could seem too "delicious" for large metropolitan developers. And here, with the help of Novikov - just the sale of state property written on him by Almaz-Antey. But the management of the plant, led by the experienced and principled Akhmet Mukhametov, allegedly resisted such a development to the last.

In 2018, Akhmet Mukhametov lost his position after a long undercover "fuss". His place was taken by Yan Novikov's Deputy in Almaz-Antey, Alexander Vedrov, who was called Novikov's "wallet" by his detractors.

Alexander Vedrov almost immediately announced the upcoming transfer of most of the production facilities from the capital to the Kirov region. Ostensibly, for efficiency. The passage about efficiency loses its credibility if you look at the practical side of the matter. After all, the MMZ Avangard is located near the Third  Ring Road and occupies a considerable area.

Almost immediately, there was talk of a raider takeover at the plant. It also reached the authorities. The former Head of the security service of Avangard Maxim Berg appealed to the FSS.

He accused Alexander Vedrov of raiding and disrupting the production process. This was written by PASMI. As Kommersant later added, according to Berg, for 2016, the Corporation took 420 million rubles from the profit of Avangard, allowing it to spend only 80 million rubles.

At the same time, all MMZ transactions over 5 million rubles were subject to financial control and approval by the Corporation under Novikov's management, which is a meager amount for the industry. Also, the new Head Vedrov did not agree on the plan of technical re-equipment of Avangard for 2018 for more than five months on far-fetched pretexts, which actually disrupted it. 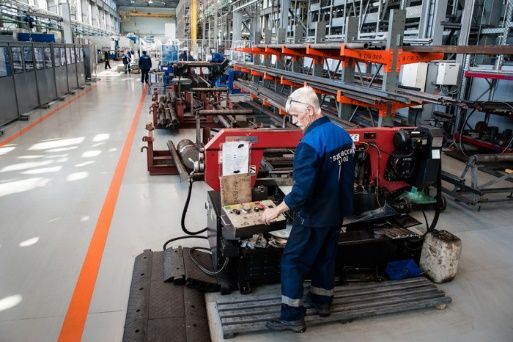 Was Avangard saved only because of the hype?

As a result, due to the resonance, the plant was saved, and in 2019 Vedrov left the post, as suddenly as he took it. It looks like he was just taken out of the way. But in his chair, instead of Mukhametov, for whom the factory workers stood, they put "weak" Denis Popkov.

Returning to other assets, in St. Petersburg for several years, another former asset of Almaz-Antey was sold - a chic historical house on Rastrelli Square. It went to the Russia bank of the Kovalchuk oligarchs, the transaction amount was 2.2 billion rubles. And again - what was the money used for?

Along with houses, factories and land, social facilities for the Almaz-Antey company - sanatoriums, resort houses and others like them - are also sold at the auction under Novikov. The Corporation's directorate received more than 42 million rubles for the Chaika recreation centre in the Istra District of the Moscow Region alone. There were almost 30 different buildings and structures on the territory of the base.

According to the authors of The Facts website, they allegedly know the details of the sale of Chaika. They cause, at least, bewilderment, but it is no longer possible to check them. Therefore, we only share them with our readers as an informational message about the fact of publication.

On TheFacts, it is written that according to the documents on the social obligations of Antey, the base was allegedly decided to be saved in general, and not put on sale. Moreover, the buyer of the asset remained unknown at all. What is this shadow-pointing on the fence, why does the Antey management not comment on this information?

Many other "Antey health resorts" - the Plamya recreation centre in the same Moscow region, the famous Kuban sanatorium named Motylek in Anapa, and others like them — were also sold for a lot of money. Apparently, Novikov believes that there is no need to rest and heal his employees anymore. And if not, why not earn it?

And the things are the same with them. According to the authors of The Facts website, allegedly Motylek was also supposed to be saved, and not sold to someone unknown. It is not surprising that such a delicious asset was coveted from the outside. The resort is located in a wonderful historical corner of Anapa, 100 m from the Black Sea. Today, it fell into someone's "safe hands". Does the management of Antey prefer to remain silent about this, too?

All this is the alienation of state property for billions and billions of rubles. Time after time, this money was supposed to be spent on modernization, on paying off debts, and even on salaries for top managers. But where they went in reality is a question. According to evil tongues, the family of Yan Novikov can engage in business working with the Corporation itself.

If this is true, then the money can be banally withdrawn. It is worth remembering that Novikov himself was an entrepreneur in the past, and even established a number of offices. In the early 90s, while still in the status of a military man, he somehow managed to establish a number of commercial structures in St. Petersburg: the Starp construction holding company, the Active company, Saturn, Audit International.

Now, of course, there are no companies specifically behind it. But the money could have been withdrawn in another way. Earlier the Almaz-Antey Corporation was part of a strategic enterprise Vektor. Now it is closed, and before that it was brought to justice for violations of tax legislation.

As Pravda UrFo wrote, the Company received multimillion deductions with the help of one-day firms that had neither employees nor the material and technical base to perform the work. The tax authorities found that the money of Vektor from the accounts of these companies was withdrawn by "cashing out".

Even more wild is the fact that under the guise of representatives of contractors, the workshops and administrative buildings of the enterprise, where information containing state secrets is stored, were easily accessed by outsiders who had no right to be at a closed facility. 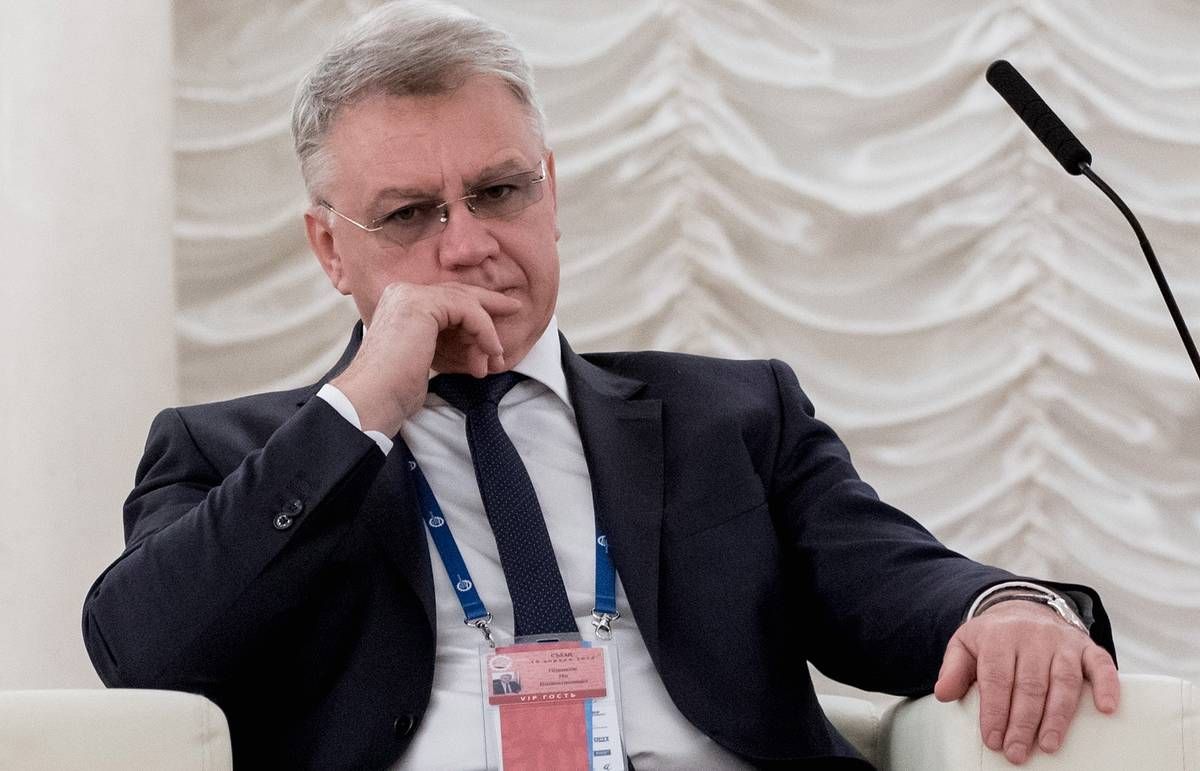 Maybe Yan Novikov is an entrepreneur at heart, and not a statesman? Then he has nothing to do in his position

Despite all this, there were no claims against Novikov himself, either from the tax authorities or from other authorities. But the business sense seems to be in his blood. And as long as the strategic sectors will be managed by businessmen, and not statesmen, they will continue to degrade to the glory of warming the hands of businessmen.