"Animal farm" of the Linnik brothers

Legal battles continue between Miratorg and independent journalists from The Moscow Post.

Apparently, the once thundering film "Gazeta" may have an interesting and bright sequel: how two well-fed gentleman - Alexander and Viktor Linnik, the owners of agricultural holding Miratorg, try to put pressure on independent journalists. Those "gentlemen" have reached incredible heights in business.

And there was no sign of trouble in a routine life for Alexander and Viktor Linnik. But the thunder still struck: independent journalists began to publish their investigations about the swollen business of the brothers. Journalists of The Moscow Post made their own series of investigations.

The brothers were offended and began to sue: this burden has been going on for six months. A whole regiment of lawyers, solicitors and linguists, hired by rich "meat Pinocchio", prolong more and more new trials.

The last of them with a new set of exotic requirements took place recently in the arbitration court of St. Petersburg and the Leningrad region. But why are the Linnik brothers so fiercely suing for their "violated" honour? The Editorial staff refers to this as "moral terror", said editor-in-chief of The Moscow Post Alexey Kozlov.

All these details were analyzed by the correspondent  of The Moscow Post.

The main thing is to create confusion

Apparently, the legal department, which works for the benefit of the Linnik brothers, apparently, considers sudden maneuvers to be its main weapon.

Thus, before the trial, as lawyer Sergey Markov, representing The Moscow Post, said at the new trial in St. Petersburg, just 5-7 minutes before the meeting, the representative of the plaintiffs handed the defendant a voluminous bundle of documents... What was there?

"A copy of the expert examination that was conducted in a completely different case," - says Sergey Markov, then - the expert's conclusion directly on this case. The presentation of these documents is rather strange, since the examination of another case is not related to the current trial."

"In addition," lawyer Markov emphasized, "we still have the plaintiff's request for linguistic expertise open, which he did not refuse, so it seems that the presentation of a specialist's opinion is ahead of the curve. Perhaps, after the last session in our other case, where we objected to the examination and judge Nesterov really did not appoint it, the representative of the plaintiffs decided to try to play ahead of the game, was it for the reason that if the appointment of the examination was refused, at least the expert's opinion would be in the case?"

Sudden maneuvers, really? What for? In order to cause confusion, because during these several months of legal battles, Miratorg Agricultural Holding has not  got further in its attacks and high-flown demands.

And the court sessions are postponed one by one.

Back in June of this year, solicitor Mikhail Yemelyanov, representing the defense of the Linnik brothers, said that the Holding is requesting the appointment of a forensic linguistic examination.

Judge Polina Ragusina asked how appropriate it was if the subject of the dispute was, in fact, two or three quotes?

As lawyers of The Moscow Post said, the court can evaluate these quotes without assigning an expert examination, since in this case only knowledge of Russian is required. But the defense of Miratorg Agricultural Holding remained uncompromising: it turns out that negative, defamatory information can be presented not directly, but allegorically, as in Aesop's fables, can’t it?

Then judge Polina Raguzina cited the disputed quote from the article: "Doesn’t this indicate that money can be withdrawn from the company?" - she asked how in the plaintiffs’ opinion this saying could be interpreted from the standpoint of linguistics?

But the brothers' defense ignored this question. Apparently, the company's lawyers are aware that the question sentence is not a statement. Does it mean that the arguments were brought out of nowhere?

Most of all, representatives of Miratorg Agricultural Holding both at the June session and at the trial a few days ago were concerned about the offshore issue.

However, it's a common knowledge: Miratorg is fully managed through Cyprus offshore companies, as described in the investigation of The Moscow Post.

The journalist of The Moscow Post in this article asks the question: why, despite President Vladimir Putin's demands for deoffshorization, do the company's beneficiaries continue to reside on the island of Cyprus in the Mediterranean sea?

Defenders of the Linnik brothers' offshore business were particularly outraged by such a journalistic "attack": "Offshore companies allow not only to hide their partners, but also to withdraw money from Russia."

Miratorg Agricultural Holding again took offense and considered this passage discrediting the honour and dignity of the businessmen. 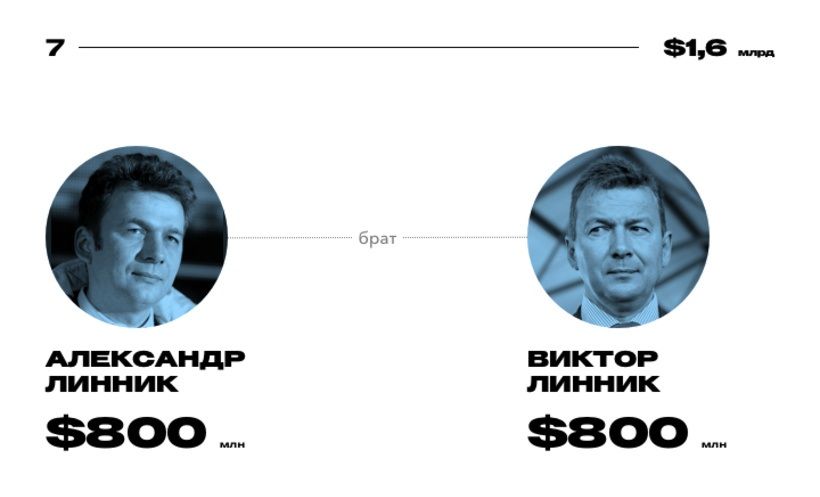 But here is the opinion of The Moscow Post's solicitor Alexander Changli:

"In this case, we are talking in principle about offshore companies as an economic tool that allows to hide the final beneficiaries, withdraw money, make transfers from Russian structures to foreign ones. However, Miratorg Agricultural Holding is trying to represent this phrase as defamatory. Apparently, there really is something to hide. It is difficult to guess the reasons for such a painful manifestation of concern for the reputation of offshore companies."

So far, the arguments of the Linniks’ representative in court look extremely unconvincing. The court also understands this: the result of the court session, which took place on October 1 this year, was the refusal of judge Nesterov to appoint a linguistic examination.

About "customers" and moral damage

It should be recalled that the dispute between Miratorg and The Moscow Post broke out over three publications made in 2019. Journalists told how the Holding received about a million hectares of land for use, which allegedly made it the largest owner of agricultural land. The Moscow Post also expressed fears that a pig farm may appear on the site of the battles that became a monument to the battle of Kursk. Later the conflict of the Miratorg company with competitors about copyright was mentioned on the website.

The Agricultural Holding appealed to the court.

The Moscow Post considers the Holding's claim to be an infringement on freedom of speech and an attempt to hide the company's not entirely transparent financial and economic activities from the public.

The Linnik brothers put forward a list of requirements for the publication. Namely: removal of objectionable articles, refutation, and, of course, payment of moral damage, which they estimated at 500 thousand rubles (for each brother — businessman).

According to editor-in-chief of The Moscow Post Alexey Kozlov, even before the trial, some people who, as they claimed, allegedly represent the Linniks, demanded either money from the publication or to name the customer of journalistic investigations. For "solving problems", these people asked for half a million. They say that Miratorg's lawyers also want to eat.

"There is no customer or customers. Journalists of The Moscow Post prepared their journalistic investigations based on the signals that come to the editorial office. And there are a lot of such signals coming," - says Alexey Kozlov.

Solicitor Alexander Changli doubts the true motives of the claims of the Miratorg Agricultural Holding:

"It is obvious to us that our publications have never given any defamatory information about Miratorg, and we are only talking about the fact that in their articles journalists touch on those topics that concern the people: the construction of pigsties near military burial sites and other topics that should be discussed in society,  without open coverage of which there can be no normal state development."

But there is no doubt that the Linnik brothers will continue to try to pressure both The Moscow Post and other independent media.

What verdict will the judges give?

It is interesting that Miratorg Agricultural Holding is currently suing not only in St. Petersburg. A curious trial - holding against journalists - recently ended in Kursk.

The arbitration court of the Kursk region has already satisfied the claims of the Agricultural Holding to the online publication Kursktv.ru about protection of business reputation. The defendant was ordered to publish a refutation of false information and pay a penalty in case of non-execution of the court's decision on time. This was reported by Argumenty i Fakty.Chernozemye.

Miratorg Agricultural Holding appealed to the arbitration court of the Kursk region with a demand to recognize a number of information distributed in November 2019 by the publication as untrue and discrediting the company's business reputation Kursktv.ru (founder Alyokhin & partners marketing group LLC). The Linniks’ company demanded to oblige to remove the disputed material. 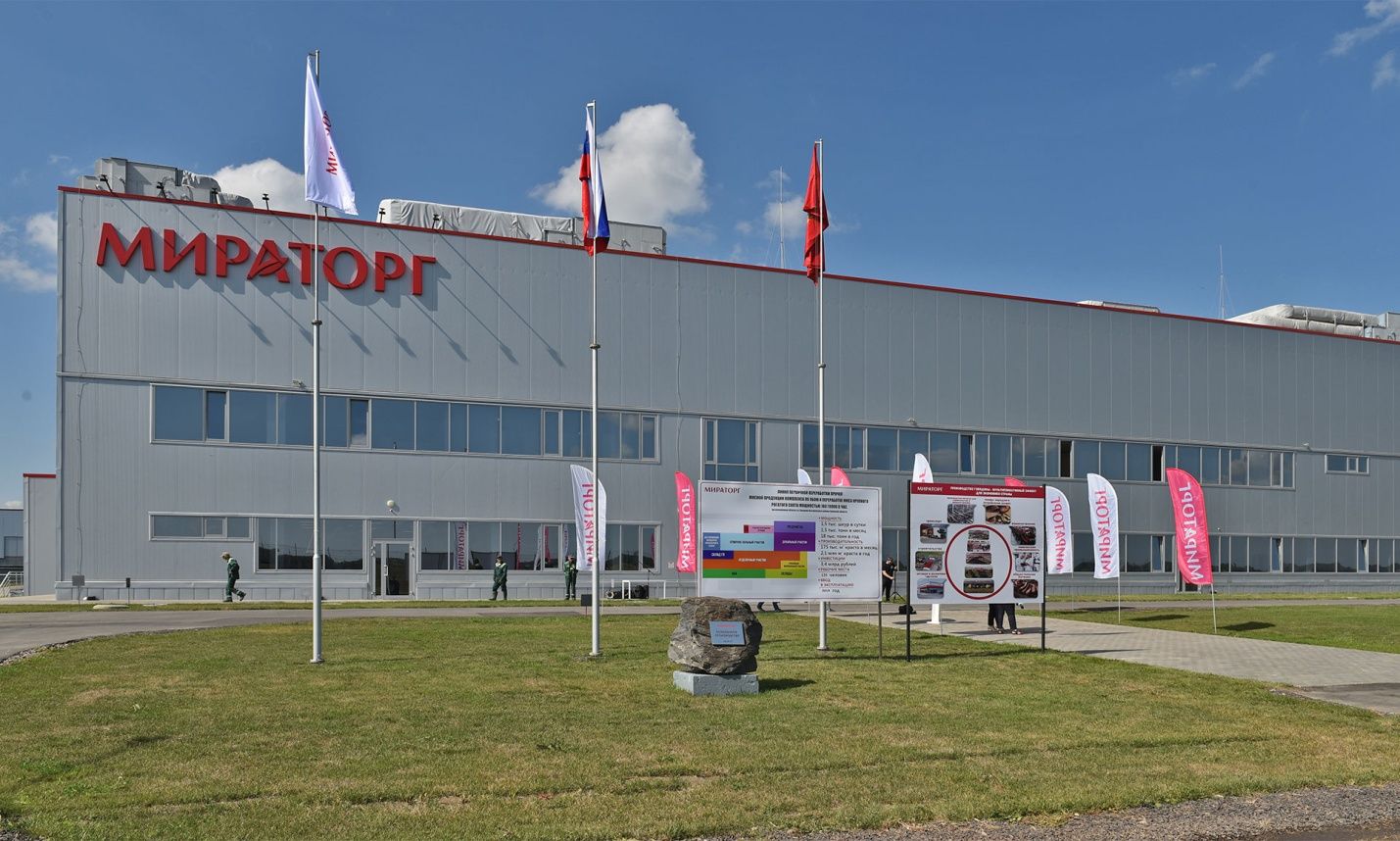 The Kursk arbitration court found unreliable information that employees of Miratorg pour manure into a pond and ravine near the village of Verkhny Lyubazh, and Miratorg can do whatever it wants on its land.

Kursktv.ru during the trial, deleted the disputed material. But it has long been known that our fair Russian courts usually do not stand on ceremony with the regional press.

"What Miratorg is doing to our publication reminds me of moral terror," says Alexey Kozlov, editor - in-chief of The Moscow Post. - I think this is an attempt to put pressure on the media. It is strange to file a lawsuit against our publication, if we wrote about Miratorg as a company established by offshore firms. They try to call white black. Just look up the statements of the USRLE and make sure that we are right…"

But the Linnik brothers do not want to listen to any arguments: they probably want to "exhaust" The Moscow Post as well as they had "exhausted" Kursktv.ru a few weeks ago. But will it work?

The new court session will be held in St. Petersburg on December 7.