And what about the "successor": some waited, but were silent

Despite the fact that the big press conference was without much sensation, the main intrigue still remained.

Today, December 23, a significant part of the Russians were riveted to the screens for almost four hours and watched the course of Putin's press conference. Judging by the comments on social networks received directly during the event, there were a considerable number of viewers who watched what was happening not at all according to "official need" (like diverse officials, journalists, political scientists and other experts), but because they were really interested in what was happening and hoped to hear answers to acute questions.

Many viewers noted that several very acute questions were raised about Vladimir Putin, for example, about his relations with Ukraine and the West, torture in the colonies, as well as his opinion about Alexei Navalny, foreign agents and other representatives of the opposition.

However, due to the fact that the head of state had previously answered such questions and had not expected to change his point of view, it seemed that the questions were raised, rather, in order to "ask them," and not in any way waiting for an answer.

The head of state's opinion on the level of organization of the fight against the coronavirus pandemic in Russia turned out to be quite predictable. Putin said that "our economy, faced with the challenges of coronavirus infection, turned out to be more mobilized and ready for shocks." At the same time, Putin's judgments about mutual recognition of vaccines and their distribution around the world have certainly become important for many.

With the same serious appearance, the head of state commented on Russia's relations with the West, the rise of the Taliban (a terrorist organization banned in Russia) to power in Afghanistan and the diplomatic boycott of the Beijing Olympics. By the way, the answers to these questions were also predictable.

At the same time, no one, as before, insisted that Putin name his successor - it is obvious that the topic ceased to be top. 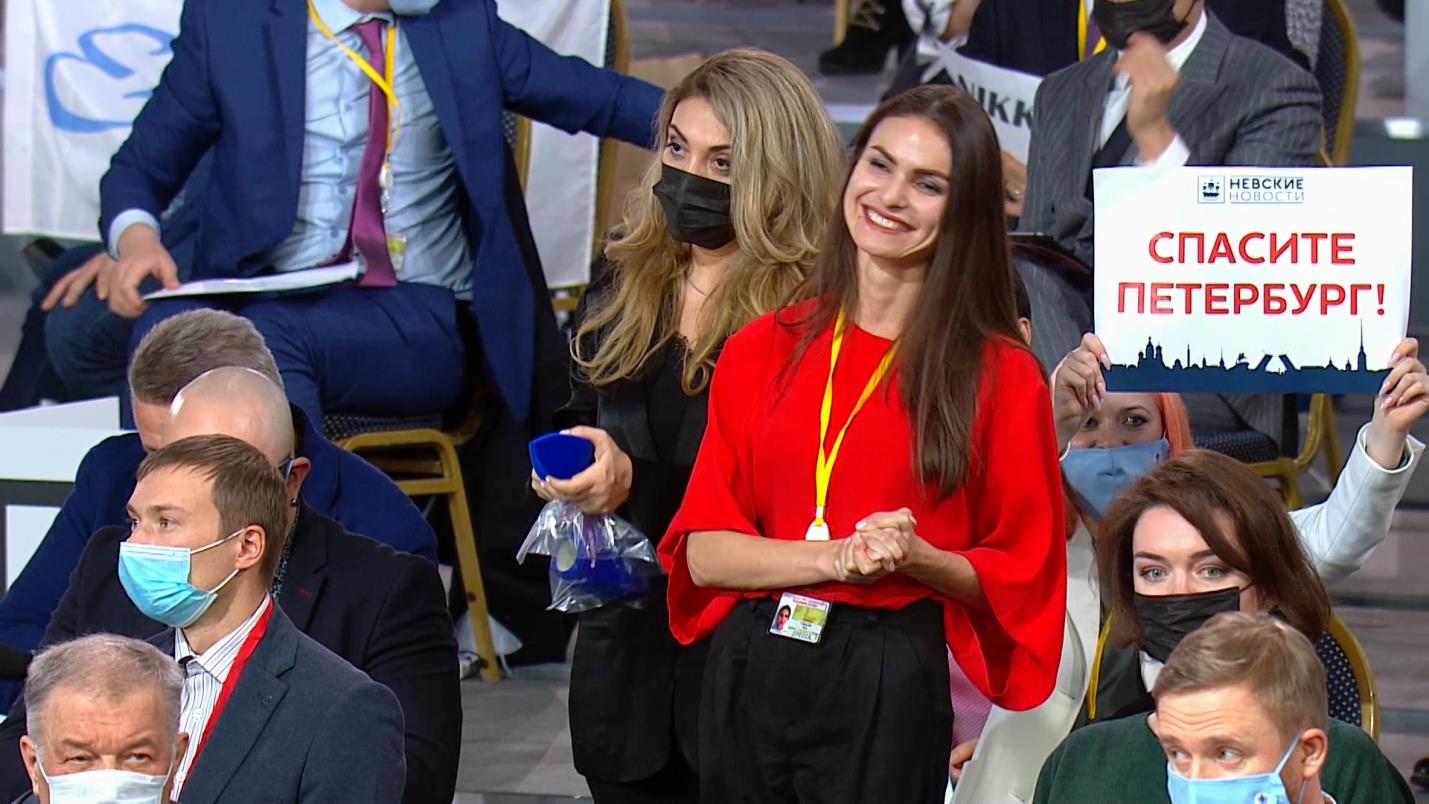 Of the economic topics, the positive assessment of the Central Bank's position on inflation, as well as Europe's desire to shave in the context of transporting gas from Russia to far abroad, became life-affirming.

Some dissonance against this background was the barely restrained requests for help received from journalists from Buryatia and Altai. The girls were in a hurry to ask two or even three frankly topical questions, without giving away a microphone and even against the will of moderator Dmitry Peskov, they handed it over to their colleague, apparently, in order to at least help solve someone's sick problems in this way - for example, about a dilapidated infectious hospital, overpriced coal prices. I wanted to get acquainted with the organizers who selected them as part of the delegations for the current trip to Moscow.

If they have not yet received a reprimand or a heart attack, then the situation is patchy in the regions. It is unlikely that the girls themselves showed the initiative and, unlike some of their colleagues who read questions clearly polished by the press services from smartphones, decided to ask questions on really painful topics with their fear.

Suspicions about this intensified against the background of an episode involving an excited colored Bashkiroka, who greeted Putin in her native language and, charmingly embarrassed, offered to speak out about the upcoming anniversary of Ufa, in particular, asking to help financially with the holiday. However, Putin recommended optimizing the distribution of funds that the region receives in the current order, although in the end, softening, he nevertheless said that additional funds may appear.

However, immediately after two alarming questions from Siberia, a more optimistic message from the federal publication was heard regarding the situation in Rusnano, which, by the way, was repeatedly devoted to The Moscow Post. "A new leadership began to work there, he has carte blanche to conduct an objective assessment of companies," Putin said.

The President of Russia showed a high diplomatic level, answering the cavernous question for Russians about the "new ethics" when "someone believes that a woman and a man are the same." "For God's sake, but there is common sense," Putin commented on such manifestations of tolerance and twisted what he said with heartbreaking examples from American realities.

The nervousness of the audience was also diluted by questions about the relations of the President of Russia with Santa Claus and his ideas about happiness.

In general, the impression of today's annual big press conference of the President of Russia among users of social networks turned out to be relatively calm. Probably because there were no sensations on it, including the head of state's answers to provocative questions regarding acute topics. "Nothing fundamentally new, but interesting," many commentators appreciated the results of the event. Even the record for time this time, which could be put into a clickbeat header, did not happen. The event lasted 3 hours 56 minutes, almost 35 minutes shorter than last year.