All roads lead to Travnikov?

Behind the corruption scandal in the road industry of the Novosibirsk region may be the governor Andrei Travnikov, and behind him - the owner of Severstal Alexei Mordashov.

According to the correspondent of The Moscow Post in the Novosibirsk Region, the investigation softened the charge to the Deputy Minister of Transport and Road Facilities of the region Sergey Stavitsky. Earlier, he was accused of receiving a large bribe (about 1.6 million rubles), and now he is charged only with embezzlement.

As a result, the maximum possible penalty for him is reduced from 15 to 10 years in prison. What caused such a change, the investigation does not explain. This is strange, because during a search at work and at home, a large amount of money was previously seized from Sergei Stavitsky. So, if I wanted to waste, I didn't have time?

According to investigators, the former deputy minister of transport from March to October 2019 invited the head of the Territorial Highway Administration of the Novosibirsk Region (TUAD) Mikhail Chumanov to regularly transfer money to him and provide property services.

For his part, Stavitsky proposed to provide TUAD with funding from the budget for concluded state contracts, as well as general patronage of Chumanov in the service. Chumanov agreed, and he was later under investigation. He has been detained in a pre-trial detention center since 2020, but, unlike Stavitsky, everyone is also accused of receiving bribes. About this wrote Kommersant. 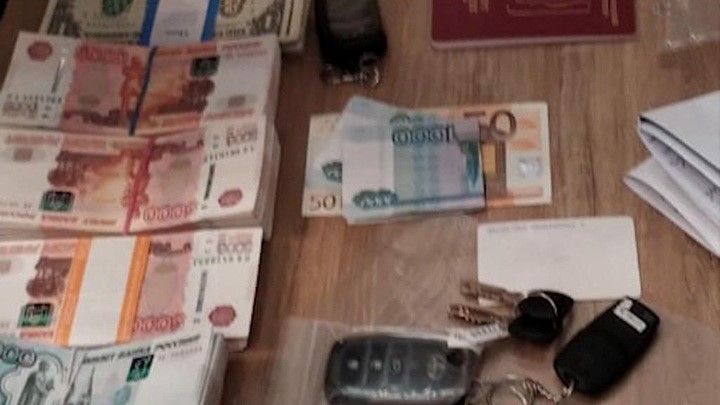 Money seized from Sergei Stavitsky during the search

If there were bribes, and even were regular, then Chumanov looks like a small link in a possible chain. Bribes from him could extort, and then make himself a "scapegoat." Nevertheless, Stavitsky was also in the hands of the investigation. Only then what is the corpus delicti under Art. 33, part 4 of Art. 160 of the Criminal Code ("Waste")?

Some believe that the case against Stavitsky may fall apart altogether. The Moscow Post previously wrote about how people from Andrei Travnikov's entourage miraculously find themselves out of criminal responsibility. In that case, it was a cartel conspiracy at the public procurement of the Novosibirsk Ministry of Digital, the signs of which were revealed by the OFAS.

Later, the FSB became interested in the case - it turned out that the related contractors received contracts from the regional headquarters of the Ministry of Internal Affairs. About this wrote Taiga.Info. Can the authorities of the region have "close relations" with the leadership of the regional police?

In the case of Stavitsky, it is unlikely that he could have done something serious without the knowledge of the Minister of Transport Anatoly Kostylevsky. He is a member of the team of Governor Travnikov, came to the post almost simultaneously with him in 2017. But neither Kostylevsky nor Travnikov have any complaints about the investigation in the Stavitsky case. 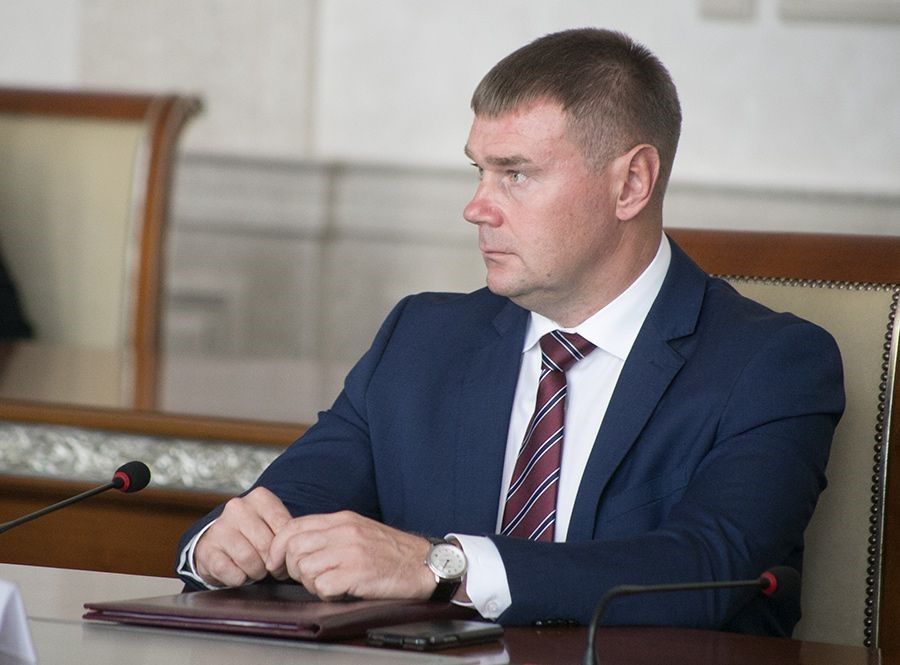 Earlier, Stavitsky acted as the liquidator of JSC "Central Bridge," which was created in 2013 for the construction of the fourth bridge over the Ob. A year ago, KSP auditors discovered an excess of the bridge by almost a billion rubles. About this wrote the portal NGS.

At the same time, the company managed to act as a customer for almost 150 million rubles, which were generously divided between subcontractors. And the final year 2020 for itself ended with losses of 6.7 million rubles. Stavitsky clearly can tell more about this story.

The reaction of Governor Andrei Travnikov is surprising. He not only did not condemn and did not dissociate himself from the officials under investigation, but even tried to justify what had happened. According to him, most Novosibirsk road workers are "honest and principled."

Travnikov believes that it was the refusal to accept poor-quality work by the authorities that led to corruption - allegedly, prompted the contractor to look for corrupt ways to "solve" the issue. The head of the region quotes the portal 19rus.

But after all, the detention of Chumanov, and then Stavitsky, was only another episode in a series of corruption scandals in the Travnikov team. A new one happened recently, in August 2021. Then the Prosecutor General's Office of the Russian Federation announced warnings to two ministers of the Government of the Novosibirsk Region at once.

Among them was the head of the Ministry of Transport Anatoly Kostylevsky. Claims against him were associated with the implementation of the national project "Safe and high-quality roads," for which billions of budget funds are allocated to the region.

The second in the pair was the Minister of Labor and Social Development Yaroslav Frolov - he violated the legislation in the field of providing residential premises for orphans. This is reported by Native shores.

Andrei Travnikov did not react to this at all, although several weeks have passed since the warning was issued. He and himself previously tried to attribute lobbying to specific commercial structures, in particular the Sibantracit company. One of its key beneficiaries after the death of the previous owner Dmitry Bosov is called Alexei Mordashov.

Earlier, Travnikov worked as general director at Elektroremont LLC, a subsidiary of Severstal PJSC Alexei Mordashov. Severstal was and remains the city-forming enterprise of Cherepovets. There - to the city hall - Travnikov and moved. He worked as the first deputy at the mayor Oleg Kuvshinnikov. According to the authors of the Cherepovets Truth website, allegedly Kuvshinnikov did not even hide that he was a lobbyist for Severstal.

Now Mordashov through offshore owns about 77% of Severstal's shares. Among these offshore companies are such companies as Astroshine Limited, Loranel Limited, Rayglow Limited, some of which may hide already mentioned to Kalpid and Andreu. The Muksun publication cites a whole scheme of possible affiliations of Severstal and Sibanthracite.

After Cherepovets, Travnikov worked in the government of the Vologda Oblast, then - in the embassy as a deputy at the same Kuvshinnikov. Under Kuvshinnikov-governor, Travnikov took the post of mayor of Vologda, from where he left for Siberia.

The Novosibirsk region, along with Kemerovo, is the main region of Sibantracit's presence. Journalists of the Muksun publication previously wrote about her connection with Severstal and Mordashov. They drew attention to Travnikov's statements from 2020 about the impracticality of issuing licenses for the development of new coal deposits in the Novosibirsk region.

The STakoy thesis was contained in a letter from Travnikov addressed to the head of the Federal Agency for Subsoil Use Yevgeny Kiselev. Then Travnikov explained that the issuance of appropriate licenses could provoke an increase in social tension and destabilize the socio-political life of the region. 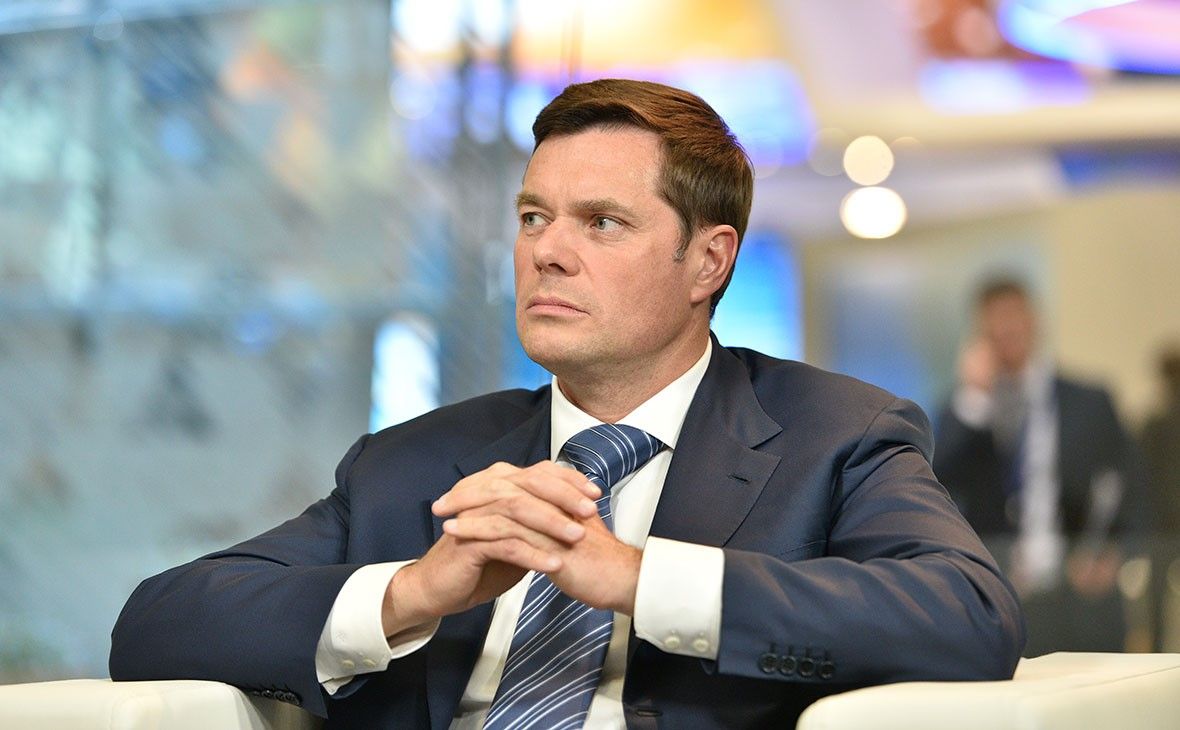 How exactly - the governor did not explain. But he referred to the Sibantracite already mentioned, claiming that the anthracite reserve in the region will be enough for a long time and there is no need for new deposits. Very similar to trying to stop the actions of competitors.

At the same time, Travnikov agreed with Sibantracit to increase production volumes twice at once. And this despite the difficult environmental situation with coal mines, which local residents tend to associate with the work of the enterprise.

That is, it is quite logical to assume that the banal commercial interests of the coal giant may be behind Andrei Travnikov. It's a lot of money. As for Sergei Stavitsky, he could only become a small head of a large corruption story.