There are persistent rumors that allegedly the Deputy Chairman of the Government Dmitry Chernyshenko, together with partners, could "drain" his advertising assets in order to get away from the claims of creditors and tax officials?

According to the correspondent of The Moscow Post, Deputy Chairman of the Government of the Russian Federation Dmitry Chernyshenko, according to rumors, could arrange controlled bankruptcy of his own firms. At one time, he was actively engaged in the advertising business for a couple with Alexei Krasnov and Ilya Slutsky, but now they have left this area. At the same time, businessmen could migrate to the IT sector: for example, Slutsky works in a strategic investor in global digital medicine Medme, and the rumors suspected Chernyshenko of promoting the Russian OS Aurora. which can be beneficial to billionaire Grigory Berezkin and the head of Rostelecom Mikhail Oseevsky. What is Chernyshenko's business empire?

According to the Referee telegram channel, allegedly Mr. Chernyshenko could use a scheme with front directors and garbage companies so that tax officials and creditors would not come to him. So, at one time, the politician was the founder of Pro Moshn Sales Assistance Service LLC, which was later transformed into a CJSC and changed its registration from Moscow to Veliky Novgorod. The director of the updated company was someone Ilya Chernov, who also managed to be the head of 66 companies from Kostroma, Saratov, Ulyanovsk, Mytishch, Tambov. Under his management, the company was liquidated in 2017.

A similar fate overtook another Chernyshenko asset - LLC DTV-Teleproduct. It was also first transformed into DTV-MA Moshn Pickers CJSC, after which Pluto LLC became its successor, then Ortak LLC. The addresses of all these companies are different, the latter is completely registered in Tatarstan and is now in the liquidation procedure.

Such schemes can be used to get away from the claims of creditors and tax officials - nothing can be taken from denominations, and the real owners and directors remain as if with nothing.

But Chernyshenko really had assets that raise certain issues. For example, SKD JSC, liquidated in 2018. The enterprise, with revenue of 271 million rubles, had losses of 2.5 million, which may indicate that money from the organization flowed somewhere. At the same time, the company, according to Rusprofail, even had one in a row for 495 thousand rubles from Settlement Solutions JSC (the founders are Sberbank PJSC, Bank Uralsib PJSC, AK Bars Bank PJSC).

Arno JSC also looks suspicious with losses of 9.8 million rubles with revenue of 133 million. This organization has a more impressive portfolio of orders: 79.8 million rubles from the Ministry of Industry and Trade and 37 million from BM-Bank JSC. However, where did this money dissolve? 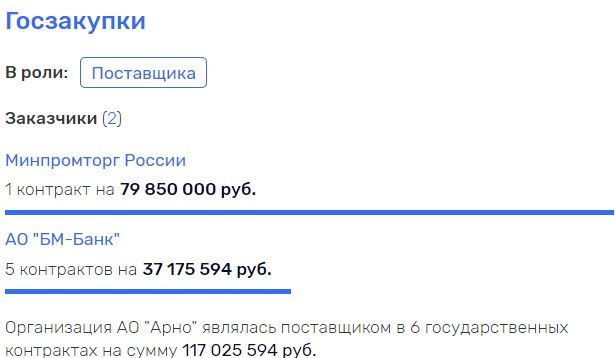 "Ends in the water" or what became of the media group

In the advertising business, Chernyshenko became a very prominent figure - in particular, he headed neither much nor little, and Gazprom-Media before he left for the government. In 2016, he was pledged by Media Arts Group of Companies LLC. Back in the late 80s, Ilya Slutsky, Dmitry Chernyshenko and several of their classmates from Stankin created the small enterprise Informatics Marketing Service, which later expanded to an advertising agency, Alexey Krasnov joined them. In 1994, Andrei Kokorin came to the post of media director, who later worked closely with the aforementioned trinity.

Chernyshenko left the company in 2005, when he headed the application committee for the Sochi Olympics. Krasnov left in 2009, after which he became senior vice president of the Sochi 2014 organizing committee, and then migrated to Gazprom Media for an old comrade. Ilya Slutsky left the company in 2010. However, according to rumors, they could continue to maintain influence in the enterprise for many more years.

At least, according to the authors of the Adindex portal, allegedly in 2015 the interests of Chernyshenko and Media Arts again crossed paths. In March 2015, Media Arts Group of Companies LLC was registered, in which Andrei Kokorin received 63%. And already in September of that year, his share in this new society was transferred to Dmitry Chernyshenko. Later, the company was renamed Singlestar, and in 2017 it was completely liquidated. 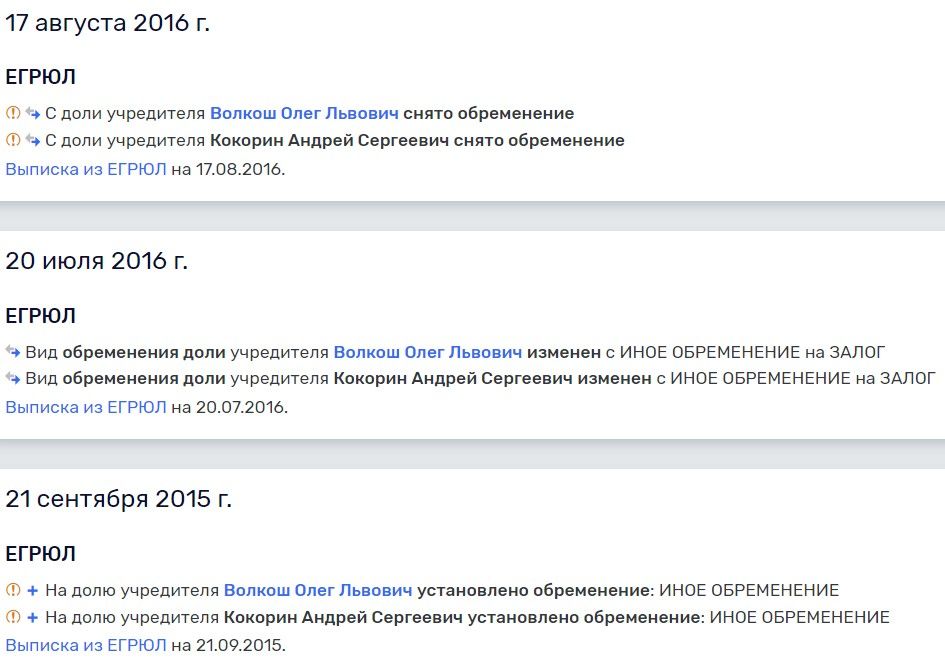 It is likely that it was created for certain purposes. But which ones? And here comes an interesting moment: until 2014, the parent company of the entire holding was CJSC Media Arts Group, which was later renamed Christie CJSC and initiated its own bankruptcy. At that time, the enterprise had losses of 19 million rubles, and, according to the file cabinet of arbitration cases, the total debt to creditors reached 180 million rubles. So they just decided not to pay them?

Moreover, companies that had previously formed the Media Arts group began to actively sue each other. In particular, as follows from the file cabinet of arbitration cases, Bi Tu Tri LLC filed lawsuits against Efsibiai CJSC for almost 53.5 million rubles.

All this may indicate that controlled payables were created within the group. According to the authors of the Adindex portal, allegedly creditors and debtors in different cases had the same representatives. The purpose of creating controlled debt can be, among other things, the redistribution of assets, preparation for controlled bankruptcy, legalization of previously made transactions through judicial acts. Was that done?

By the way, all this did not prevent Media Arts from subsequently finding a new foreign partner. It was reported that the group could create a joint venture with the German communications group Serviceplan.

With old friends - for a new business

Chernyshenko's partners in the aforementioned companies were Alexey Krasnov and Ilya Slutsky. The first now has only one operating company - Media Plus Group JSC, which is also engaged in advertising agencies. She also has very strange financial indicators: with revenue of 114 million, a profit of 118 million came from somewhere. How is this even possible?

Meanwhile, Mr. Krasnov may not be straightforward. At one time, he was the founder of the PROMIS Foundation, which was liquidated in 2014. And there, among his partners, Andrei Bokarev, a well-known Kuzbass industrialist, co-owner of the UMMC, paired with Iskander Makhmudov. The last rumors attributed the connection to almost the near-criminal world. 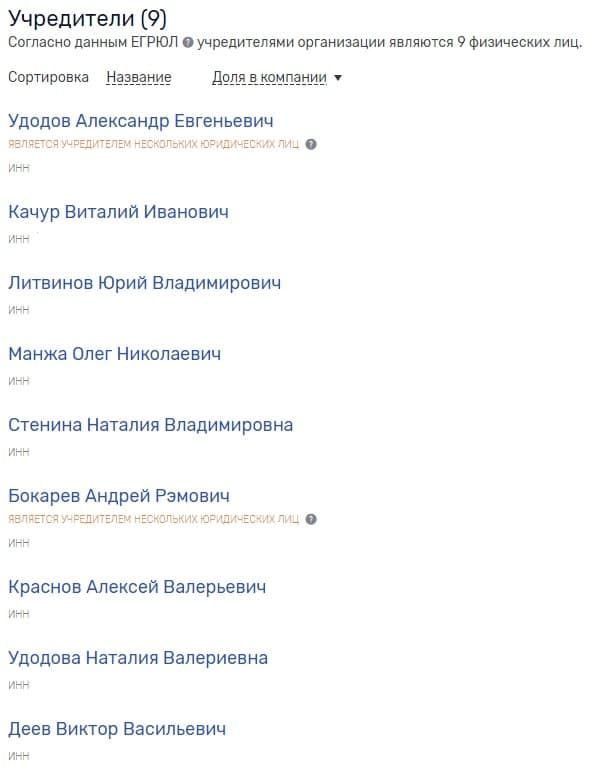 Leah Slutsky is now the managing partner of Medme, a strategic investor in global digital medicine. The company invests startups, as a rule, in the early stages of development and collaborates with innovative digital health clusters in Russia, Italy, Poland, France and other countries to develop the direction of digital medicine. But Chernyshenko is now just showing interest in the IT market.

In particular, he recently discussed with industry representatives the introduction of the so-called "digital tax" on the use of these Russians for advertising purposes. In addition, in the near future, the government may fix the mandatory provision of teachers and doctors of the Ambulance of the Russian Federation with Russian tablets based on the domestic mobile operating system Aurora. The beneficiary of such "consolidation" will be the co-owner of the developer of the Open Mobile Platform LLC LLC Grigory Berezkin, as well as Rostelecom itself, headed by Mikhail Oseevsky. The topic with "Aurora" was promoted just by Mr. Chernyshenko, which was previously told in detail by The Moscow Post.

Well, what happens: having worked out in the advertising market, the partners decided to master the IT sphere? Apparently, while doing advertising, they were able to make good capital for themselves, and then, it seems, simply "drain" their assets, from which money could end up in the accounts of related foreign firms. But Chernyshenko may now have access to strategic projects for the country. What if they arrange something like that?