Zelensky "confused" his office with KVN

The Ukrainian government is losing contact with reality and playing with fire, at which time the country is drowning in corruption, violence and injustice.

According to the correspondent of The Moscow Post, Ukrainian President Volodymyr Zelensky broke out with new statements about the possible entry of Ukrainians into NATO. He said that US President Joe Biden fundamentally agrees to Ukraine joining the Alliance, but this decision is made not only by the United States.

It is difficult to perceive these words without irony. It seems that a new round of the political show of the Servant of the People, whom Zelensky wants to appear, has begun in Ukraine. The fact that joining NATO is a red line for Russia is understood by absolutely everyone. Earlier, he did not even hint at this, but said almost directly by Russian President Vladimir Putin. But the topic continues to be used to split Ukrainian society, trying to earn momentary political points.

Zelensky's statement is difficult to take seriously. And yet it is dangerous and irresponsible. This is said in the context of the conflict in the East of Ukraine, as well as large-scale political repressions against the opposition in the territory controlled by the "green" authorities.

More importantly, Zelensky allowed a full-scale war between Ukraine and Russia. Russian Foreign Minister Sergei Lavrov called such a statement "echoes of the KVN." "We are used to these blanket statements imbued with Russophobia through," the minister said.

At the same time, the head of Russian diplomacy emphasized that Moscow was ready to restore relations with Kiev, and called the Ukrainian people fraternal. Lavrov also expressed regret that Zelensky - who came to power under completely different slogans - now declares that someone who lives in Ukraine and considers himself Russian should leave for Russia.

State Duma Vice Speaker Petr Tolstoy believes that Moscow does not need a war with Ukraine. He called on the Kiev authorities to think about criticism that could fall on them from their own citizens.

"The armed forces of Ukraine are only capable of fighting against their own people. Of course, they will not last a week against a full-fledged army. The words of Lavrov and Tolstov are quoted by RIA Novosti.

In the same spirit, the long-term KVN host Alexander Maslyakov commented on this.

"If these were responses from KVN, then he would not bear such a fool," the host said. He also believes that now the Ukrainian guarantor has become "some kind of controlled player who has everything from someone else's voice." And he refused to perceive President Zelensky as a former member of the club.

It is embarrassing to put in line in terms of comments the Foreign Minister, the vice-speaker of the State Duma and the host of a very respected, but humorous show. However, the Ukrainian president himself gives rise to this. In fact, of course, everyone understands - God forbid this will happen, but the real war between Ukraine and the Russian Federation will not last long and will end in the shameful surrender of Kiev. 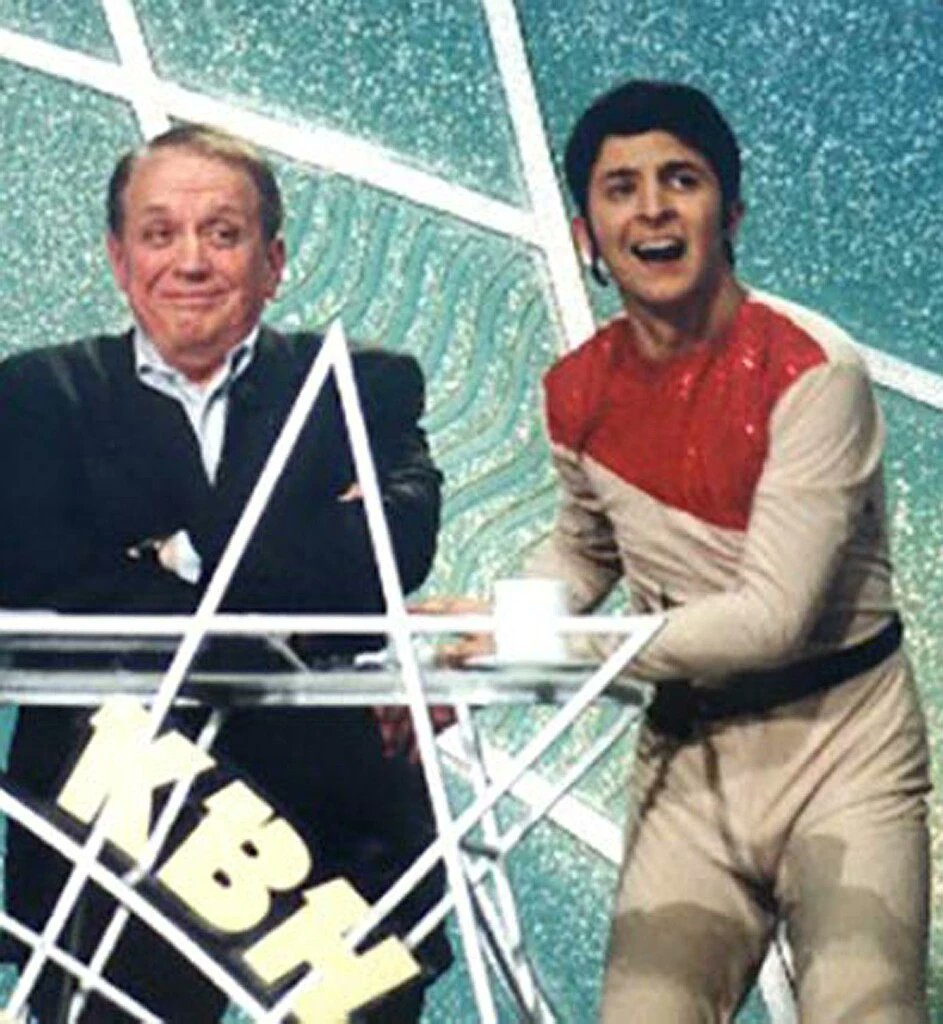 In the Russian Federation, he does not want any war, it is possible only in the event of provocations from the Kiev side. This is alarming. Can Kiev finally lose contact with reality and decide on such a step?

Socio-economic problems, widespread corruption, the loss of a monopoly on violence by the state - all this is Zelensky's comprador power is trying to stop with cheap populism, escalating military hysteria and openly criminal humanitarian policy.

At the same time, US President Joe Biden cannot simply take and say that Ukraine is not expected in NATO. This is understandable and so, however, the laws of the political genre and the inertia of supporting the criminal Ukrainian authorities in the logic of the geopolitical confrontation with the Russian Federation do not allow us to name things by their names.

Zelensky's statement is not the only one of the sayings of the green authorities that seems insane. A couple of days ago, Secretary of the National Defense and Security Council (NSDC) of Ukraine Alexei Danilov made a belligerent speech.

Veterinarian by education, Danilov spoke out in the spirit that the army of Ukraine is already quite ready for war with Russia for the Crimean peninsula. However, in the event of such an armed clash, tens or even hundreds of thousands of people will die, so Kiev has not yet decided to attack.

Such statements by people familiar with the military topic could only cause a smirk. But after a series of sabotage in the Crimea, the undermining of power lines and provocations in the Donbass, the victims of which were already thousands of civilians, Danilov with such sayings does not seem funny at all. It doesn't seem funny to a patient in a psychiatric hospital who somehow got a knife.

It is clear that the real reason for the lack of an offensive is not at all the experience of hundreds of thousands of civilians who can become victims of Kiev's aggression. It is in the support that Russia will provide to the unrecognized republics in the event of a full-scale breakdown of the Minsk agreements and the offensive of the Armed Forces of Ukraine on Donetsk and Lugansk.

Everyone understands this. In addition, perhaps, a narrow layer of the most recent Ukrainian hurrah patriots with a Nazi soul. Apparently, the team of Mr. Zelensky is betting on them. And this is the same NSDC, which is engaged in extrajudicial killings of the opposition and objectionable media. It was by the decision of the National Security and Defense Council that sanctions were imposed against a number of Ukrainian citizens (directly contrary to the Constitution of Ukraine).

By the decision of the same body, opposition television channels were closed (the last of them, "OUR," is now just in the stage of deprivation of license). Information about the repression of the Ukrainian authorities has already been brought to the UN and directly to Joe Biden through public organizations (for example, Freedom House). But the American president, as usual, did not see the problems here - "our son of a bitch," he and in Ukraine "ours."

Another pen was Mr. Danilov's statement about the desire to transfer all of Ukraine from the Cyrillic alphabet to the Latin alphabet. Anything, and as you like - if only not like a big northeastern neighbor.

"Holop psychology in action. What about "millennial Ukrainian culture"? Under her knife? But what about the lack of security? Pride in your language? "- commented Danilov Senator of the Federation Council of the Russian Federation Alexei Pushkov in his Telegram channel.

Another resonant statement - and with the same psychopathic soul, were the statements of the Commander-in-Chief of the Armed Forces of Ukraine Valery Zaluzhny about the desire to drive a tank on Red Square and Arbat. True, it is not clear from the context how Zaluzhny could realize his desire. 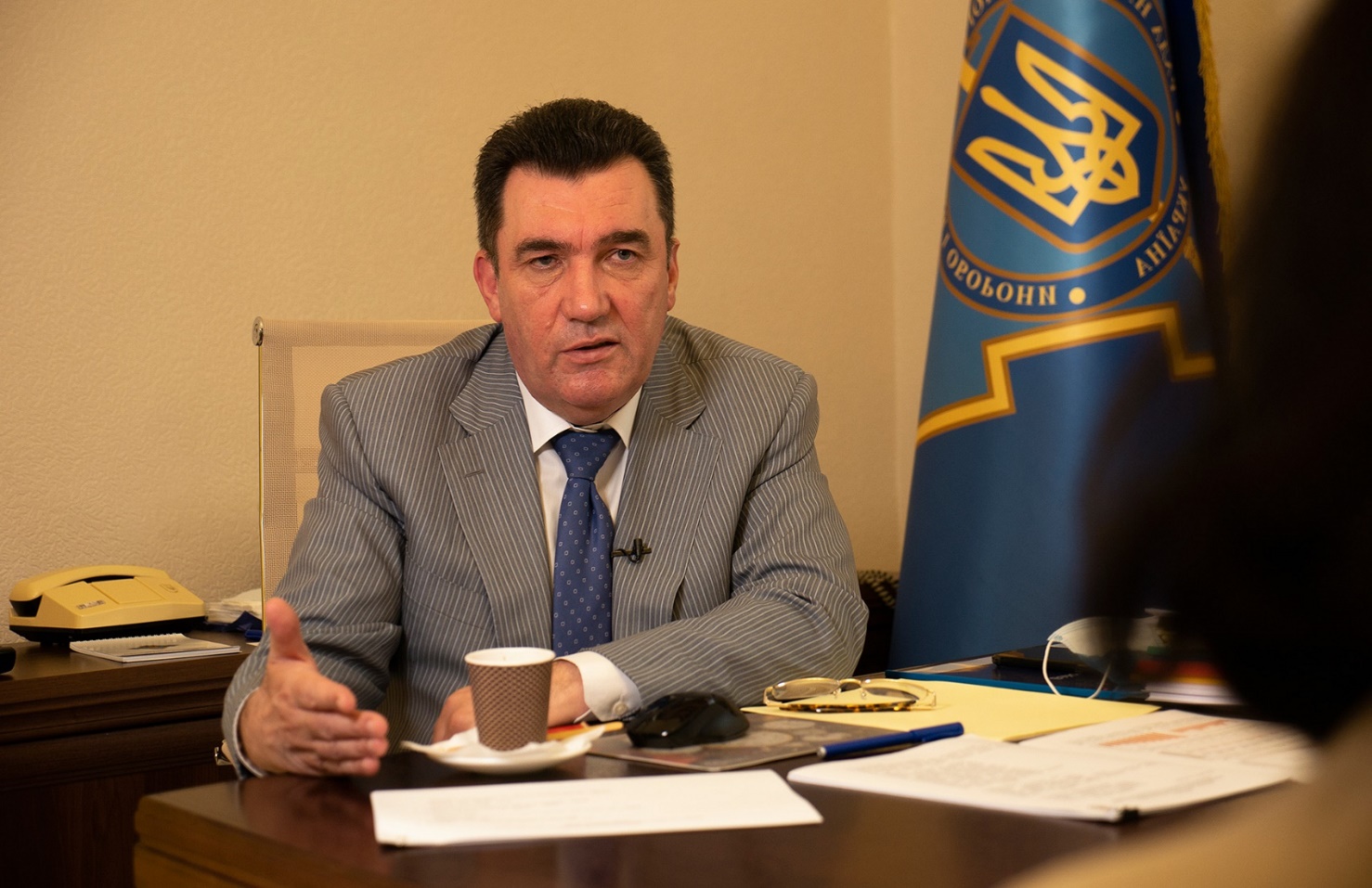 Apparently, he meant a military parade in the Russian capital. Is the Victory Parade on May 9th? In this case, at first Zaluzhny will have to join the Russian army, but the honor of taking part in the parade personally must still be earned. We doubt that in the current state of the Ukrainian troops, Zaluzhny has enough competence for this, and just courage and resilience.

Seriously, the populist madness of the Ukrainian green authorities only seems from the outside to be harmless throwing dirt at opponents. In fact, these are signs of a dangerous loss of connection with reality, and the sharp loss of support for Zelensky and his team suggests that most Ukrainians are not at all enthusiastic about such rhetoric.

17 January, 7:53
Stylistics lessons from the Russian Foreign Ministry: "The main format is Russia-USA and a little Russia-NATO"
See also