Is the escalation in the Donbas the evidence of the final rejection of the official Kiev from the peaceful settlement of the conflict in the east of Ukraine?

As the correspondent of The Moscow Post reports, T-72 and T-64 tanks are moving towards the Donbass from central Ukraine.

Until the video footage of the tanks appeared on the network, many considered it a fake to further aggravate the situation, but the fears were confirmed.

The transfer of additional forces and means is connected with the next aggravation of the situation in the zone of the OOS (joint forces operation of the Armed Forces of Ukraine in the zone on the line of demarcation with the DPR and LPR).

As it should be in such cases, the parties blame each other for the shelling. However, the theses of the Ukrainian side that the civilian population of the settlements of the grey zone is firing at itself, look more and more strained.

The situation escalated so much that on March 3, the leadership of the People's Militia of the self-proclaimed DPR allowed its units to shoot at the positions of the AFU in advance. According to the representative of the department, this is necessary to protect the population from Ukrainian terror. He is quoted as saying by RIA Novosti.

You can only deceive once

It is not difficult to guess the reasons for such gestures on the part of the Ukrainian military-political command. President Vladimir Zelensky promised to end the war in a year, but two years have passed - and there is no progress.

The only meeting in the Normandy format, held in December 2019, showed that neither he nor his team, firstly, are independent, and secondly, are not ready to take even the slightest steps to implement the Minsk agreements.

Here it is necessary to explain what the catch is. The implementation of the Minsk Agreements involves a series of political steps that should be adopted by the Verkhovna Rada as draft laws.

Among them there are: the adoption of local legislation on elections, the possibility for the former DPR and LPR to have their own police, a mass amnesty, the holding of elections, and only then - the return of control over the border by the official Kiev. The full text of the document can be viewed here.

None of this was done by Ukraine. Quite the opposite - the DPR and the LPR are strangled and shelled as much as possible, and in the Office of the Ukrainian president they are engaged in cheap propaganda and further division of society into their own and others along political, linguistic and so on lines. 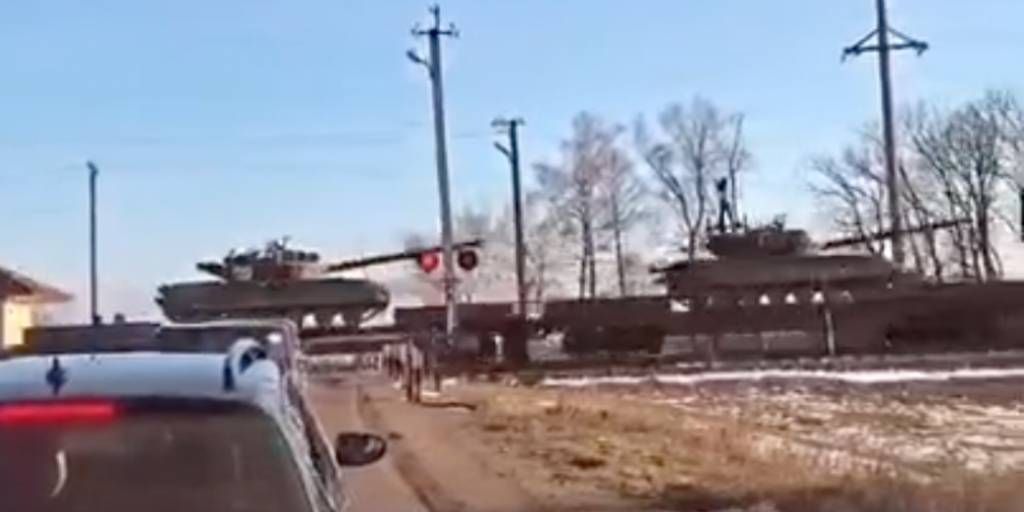 Echelons of Ukrainian tanks are moving to the Donbass – Ura.ru took the footage from social networks

Of course, absolutely all the troubles, misfortunes, failures and so on are attributed to the machinations of evil Russia and its President Vladimir Putin personally. Any criticism of delays in the implementation of the Minsk Agreements is also served as pro-Russian propaganda. We will talk about this later.

Returning to the meeting of Vladimir Putin and Vladimir Zelensky within the Normandy format in December 2019. Not only Ukrainians, but also everyone who would like to end the conflict, pinned their hopes on Zelensky. He was given advances, under a single receipt - the unfreezing of the political settlement process within the walls of the Verkhovna Rada. Zelensky did nothing - absolutely nothing.

According to a number of experts, he simply deceived the trust of the guarantors of the implementation of the Minsk Agreements in order to maintain his own popularity in society. After all, the end of the war is the main slogan on which he came to power.

Nothing to talk about

As a result, the Russian side refuses to talk to Zelensky and his team at all until real steps are taken towards  resolving the problem. Back in 2020, Foreign Minister Sergei Lavrov called on Kiev to stop fooling everyone. This was reported by RIA Novosti.

After that, Lavrov said that the Russian Federation generally refuses to hold meetings in the Normandy format until Ukraine takes concrete steps to fulfill its obligations. Lavrov's words are quoted by the Ukrainian publication Strana.

What can be the meaning of the current military escalation, with the regular shelling of civilian objects and loud howling about the mythical Russian aggression? Very simple. After two years of the presidency, there are no questions about what kind of president Zelensky is. He is an extremely weak figure, controlled from the outside and by his own comprador environment, not able to pursue an independent policy.

He has not fulfilled a single election promise, let alone the establishment of a stable and lasting peace in the east. As a result, by the end of January 2021, his rating had fallen below 20%. This is evidenced by the data of the survey of the Kiev International Institute of Sociology (KIIS), RIA Novosti reports.

With more than 70% of the Ukrainian voters who voted for him, he has noticeably gone down for two years. Tariffs are rising, and the streets are a real holiday for radicals. There is talk, will he sit in his chair until the end of the cadence?

And then, it seems, Vladimir Alexandrovich, or his Western curators, or people from the environment who really influence the situation (first of all, the deputy head of the president's office, Kirill Tymoshenko, who is called the grey cardinal of Ukrainian politics), apparently decided that it was time for a small victorious war...

Or at least a provocation that will help rally the remnants of the electorate in the fight against the non-existent "aggressor". Because all the previous steps did not give anything in this regard.

First of all, absolutely anti-democratic steps to "close the mouths" of all objectionable. We are talking about illegal sanctions against their own citizens - first Taras Kozak, and then the leader of the main opposition party of the country: The Opposition Platform for the Life of Viktor Medvedchuk and his wife. Kozak was a nominal person who "held" Medvedchuk's media assets, including TV channels 112, Zik and News One.

They were deprived their license at the insistence of the National Security and Defense Council, as pro-Russian, although there was nothing pro-Russian there. Instead, they discussed the current problems - radicalization in the country, discrimination on the basis of language and ethnicity, constant theft and an unlimited increase in utility tariffs.

Having no argument to stop this, Zelensky decides to commit an outright crime. All three channels are immediately and out of court deprived of their licenses. Then their journalists create a new TV channel - the First Independent One. It manages to work on the air for only an hour - it is physically cut off. No trial, no investigation. Is this a democratic society? More like a phantasmagoric parody of North Korea. 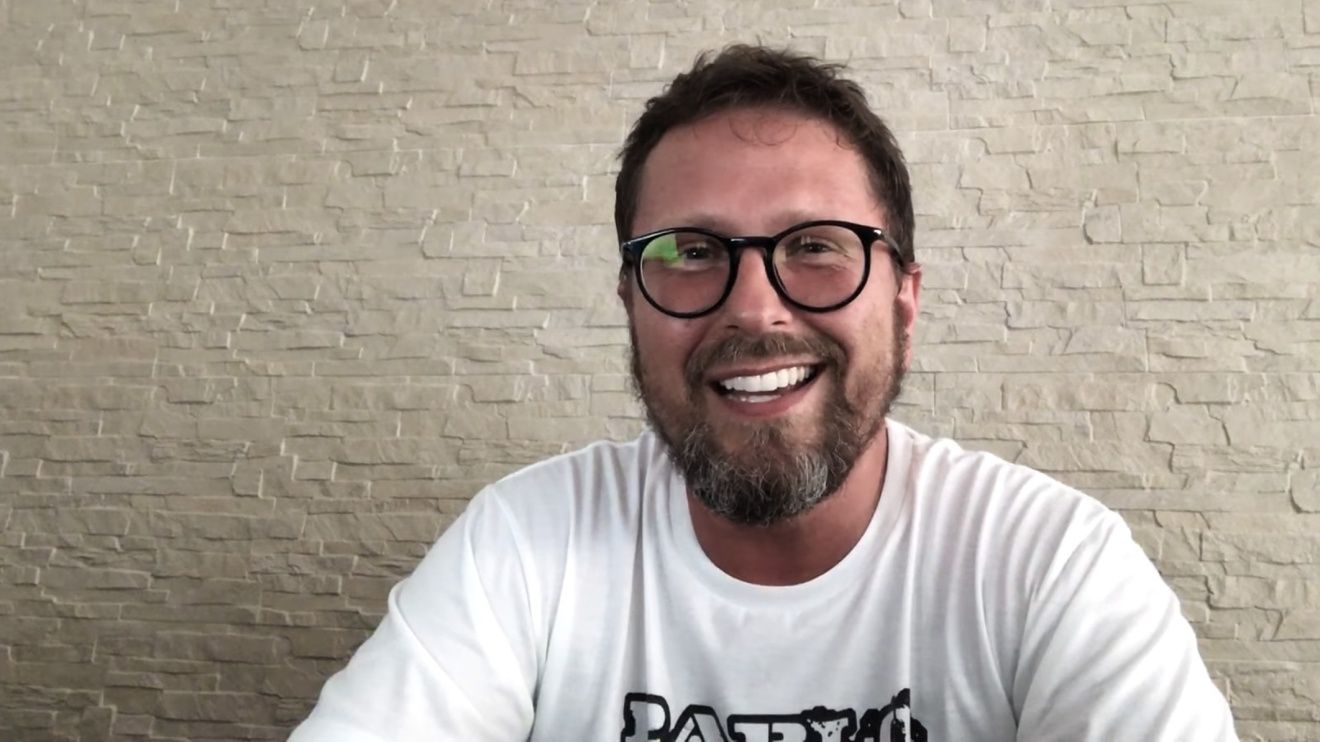 Popular blogger and politician Anatoly Shariy scared Zelensky so much that he immediately "invented " a case of state treason for "promoting multilingualism"?

But the flywheel of repression is only unwinding. Contrary to all expectations, the closure of mouths did not lead to an increase in the rating of either Zelensky himself or his pseudo-party structure "Servant of the People". And they go further - they open criminal cases against opposition politicians. This is one of the most popular bloggers and politicians in the country, Anatoly Shariy and his political force, Party of Shariy.

According to the latest polls, the party gets at least 5% of the vote - that is, it gets to the Verkhovna Rada in the event of elections. And now - a criminal case of high treason is opened against Shariy. So stupid and worthless in its essence that it is embarrassing to even retell... In the documents received by Anatoly Shariy, it is indicated that, in the opinion of the SBU, his sins are that Shariy propagandized... multilingualism. He also called the SBU stupid pigs. Indeed, that's really high treason.

There immediately begins the cleaning of the entire information field. In the SBU there appears a well-known Ukrainian journalist Yuri Dudkin. He was also detained on charges of treason. All his fault - he sometimes played the role of a freelance journalist for the Russian media. More specifically, he was supposed to report on an exhibition celebrating Nazi collaborators in the city of Slavyansk. So much for high treason.

The pressure on the leader of the opposition, Viktor Medvedchuk, is being continued. Recently, he was summoned for questioning by the SBU. This was reported by RIA Novosti. It is only a matter of time before he is charged with treason. His entire entourage, that regarded Zelensky as a representative of the Peace Party, will also fall under the sanctions. 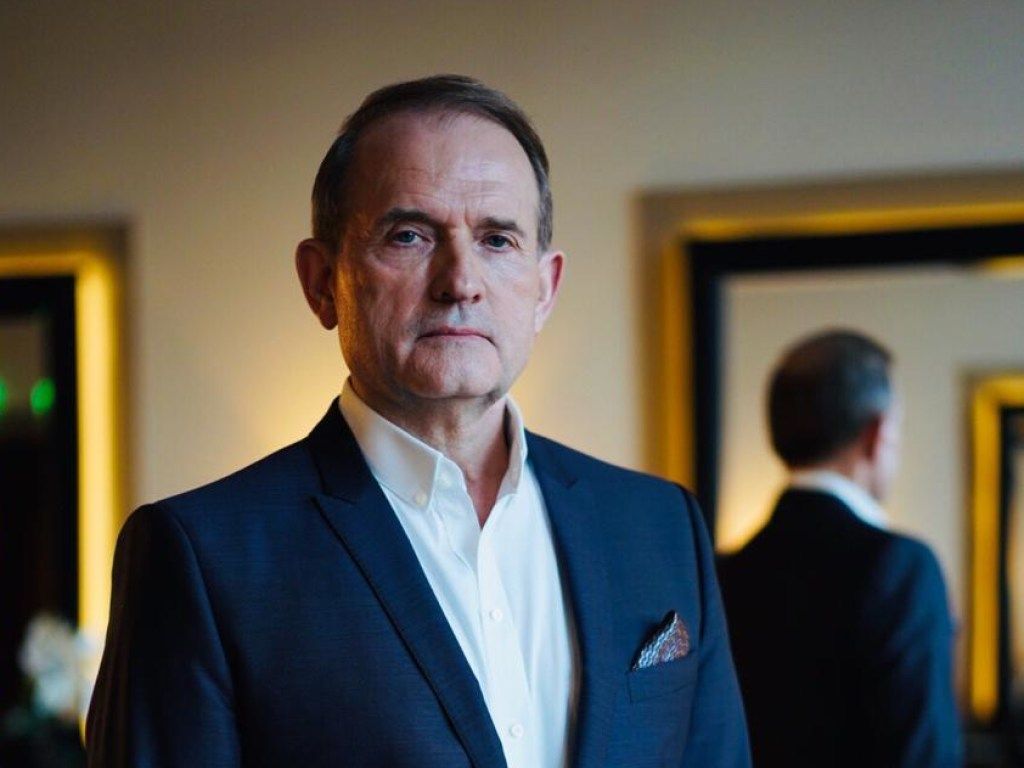 Ukraine's most popular politician Viktor Medvedchuk and his political force are under massive attack from the "green" authorities and the SBU.

But all this caused only rejection in society. Moreover, even the United States distanced itself from Ukraine, realizing the obvious illegal nature of the actions of the President's Office and the SBU. The rating has been falling, and continues to fall, and in Europe, voices about repression are becoming louder.

In this situation, Zelensky is preparing to make a stupid mistake that buried the political ambitions of Mikhail Saakashvili in Georgia. To provoke a new round of conflict, to blame the separatists and the Russian Federation for this, and on this wave to try to return the Ukrainian theme to the agenda of Western states.

But this intent is stupid, insignificant. And Zelensky will end up, as many political scientists believe, very badly - in the sense that after the change of power, the question of bringing him to criminal responsibility for political repression, violations of the constitution, provocation of military actions will inevitably arise.

What should Russia's position be? Ukraine is a sovereign state, and it is necessary to let the crisis mature in order to conduct a dialogue with more adequate and responsible politicians, that are certainly present in Ukraine. However, now Zelensky seems to be going all in. Only, like Saakashvili, in the West, most likely, no one will support him, and instead of raising the rating, he may lose the remnants of power.

The only question is how many ordinary residents will be literally buried in this round of confrontation, along with the rating of the failed "green peacemaker".

10 December, 8:12
Guarantees that did not exist