The influence of transnational corporations and the political and financial circles behind them will compel Western societies to act against their own national interests.

Pressure on Russia continues - sanctions, restrictions, attempts to shake the situation from the inside. Conditional Western peace is supposedly a united front. But behind this unity is the interweaving of many interests of political, economic, military groups. And they act on the principle of corporations, in which everything is their own, and the law and coercion to others.

They tried to make Russia part of this Western world, to integrate into its key institutions, such as the IMF, the WTO, the structures of the Council of Europe, and others. Through the devolution of powers to supranational structures, Russia should have been deprived of the opportunity to independently conduct its policies in accordance with its own national interests.

The correspondent of The Moscow Post tried to open the secret of the so-called "world government."

Many remember the period of the 90s, when advisers and consultants from a variety of Western institutions were present in almost every cabinet and in every company (especially banks and extractive industries). They taught the new Russia to "live in a new way," representing the interests of the same financial and industrial groups alien to our country.

The same applies to attempts to influence Russia in the international arena - for its work in the interests of Western democracies. In a different way, Russia should have been content with the status of a regional power and not mind that Western military bases and strike systems "stumble" along its perimeter.

However, we know how the period of flirting with the West ended. In a broad sense, including Western predatory corporations, the industrial, financial and military groups behind them. It was not possible to finally involve Russia in their orbit. And now they are trying to punish her for this.

Who's not stepping in the foot?

At the same time, not all political, industrial and financial circles in the West succumbed to anti-Russian hysteria. Big business does not want to leave Russia, as exemplified by French companies. The same IKEA, automotive brands - no one wants to lose the Russian market.

But the logic of Western corporate bail is completely different - it has to obey if you yourself do not want to become a "pariah." And the basis of this logic is control over financial flows from London, Brussels and New York, over information, ideology and the creation of meanings through the largest IT corporations and social networks, and, of course, the projection of military force around the world.

Therefore, this logic has to be obeyed. Otherwise, problems may arise. Recall the main political "rebel" of the planet of the last decade, the 45th US President Donald Trump. He also refused to play by the rules of large corporations, followed by political, financial, military circles, entire families, only packed in a Democratic or Republican "wrapper."

And Trump was simply "expelled" from the Western world, from the "right" political discourse. Simply depriving access to social networks, depriving direct access to a multimillion-dollar audience. 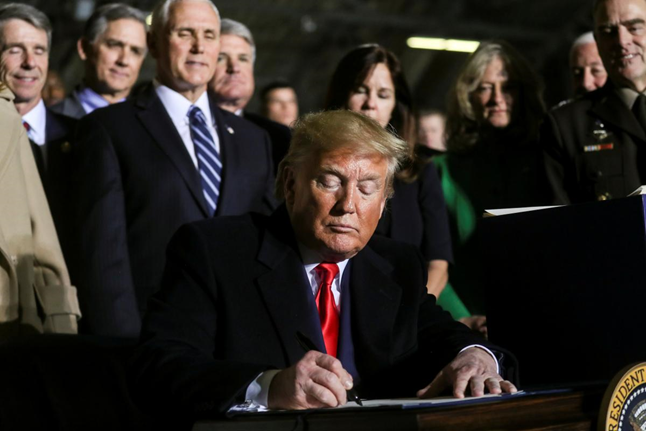 Donald Trump, who refused to play according to corporate rules, was simply thrown out of the "system." Photo: prof-trading.ru

What happened next, we know - "dirty" elections, protests at the Capitol, killings of dissenters. And all this to the accompaniment of the left pogroms under the Black Lives Matter style. With their extremely aggressive left-liberal ideology, which resembles the worst examples of Bolshevism with its failed "cultural and sexual" revolution in the USSR of the 1920s.

However, this was previously very much mentioned by Russian President Vladimir Putin. Then, by the way, there was still hope that with the Western world of corporations and the USA, this empire of lies, as the Head of State called them, can be agreed. Unfortunately, after Russia refused to play according to their rules of the game, no one was going to negotiate with us.

The last drops were an attempt to carry out coup d'etat in Belarus and Kazakhstan on the model of Ukrainian. But even from Ukraine to make "anti-Russia" to the end did not work out - they simply did not have time. At the same time, the influence of Western corporations, banks, IFIs, consulting and analytical offices in Ukraine is absolutely undeniable.

This is a direct influence from the outside. Moreover, influence against Ukrainian interests. As with sanctions against Russia, which are against the interests of many Western economies. In addition, there are already many examples in history when the conditional Western world, and in fact the corporate-political, military and financial groups behind it, influenced world processes.

All this began a long time ago: recall the British Empire, its military and political expansion into the Indochina region. Then the affairs were led by the British East India Company, one of the very first institutionalized corporations. What only was not - to the point that Britain with it quite consciously poisoned the Chinese for decades.

That is, the Anglo-Saxon corporate "interesting" did not have brakes even then. Now they are not at all.

Another example is the oil conspiracy of the United States and Saudi Arabia in the 1980s to break up the USSR. Of course, the collapse of the country was caused not only by these reasons, but this is not the case - again, large corporations are behind real political practices. In that case - oil.

Iraq, Syria, Libya, Afghanistan are corporate interests everywhere, which over the past twenty years have also been actively served by private military companies. Hands of the same corporations outside the institutional field of a state.

International corporations have long been independent political actors on the world stage. Or they are actively used for the purposes of these very actors.

In addition to the banned Meta, these are, of course, such huge IT corporations as Google, Apple, SpaceX projects, SolarCity, Tesla, Elon Musk's Starlink, many others. Having gained dominance in most Western information and communication systems, they have, in fact, unlimited influence on the minds and hearts of people.

Add to this economic, political and military instruments. All of them realize the will of the people who use their services, their voters? Rather, they serve their own ambitions, realize their desires, imposing will on those who fall out of their contours.

The last example is the "distraction" that US President Joe Biden recently arranged for India, albeit in a correct diplomatic manner. And he arranged it for the fact that she, as if in the orbit of Western influence (they are trying to sculpt Antikitai, or the billion-dollar "outpost" of Western corporations in Asia), refused to impose sanctions against Russia. But this is only a small episode.

And if the world is really ruled by corporations, or even the notorious 100 or a thousand "influential families" that conspiracy theorists talk about, it's still good that Russia did not fit into their framework and rules.

Apparently, not suitable in size.