Wishing to be a "Sultan"

Recep Tayyip Erdoğan  continues to indulge in dreams of the Ottoman Empire, jeopardizing all agreements with Russia and satisfying his excessive ambitions.

As the correspondent of The Moscow Post reports, the President of the Republic of Turkey Recep Tayyip Erdoğan recently announced a proposal to Vladimir Putin to jointly resolve the conflict in the Caucasus. This refers to the month-long armed actions between the troops of the unrecognized Nagorno-Karabakh (Artsakh), which is supported by Turkey, and Azerbaijan.

It is difficult to say who was the instigator of the current aggravation. But the beneficiaries can easily be identified. This is, of course, Pro-Turkish Azerbaijan and Turkey itself, which, according to many experts, dreams of reviving, albeit in reduced forms, the Ottoman Empire.

On the one hand, the country connects Europe and Asia, and on the other has access to four seas at once. In many ways, it is on the political and military well-being in this state that peace in the Black Sea region, the middle East and the Mediterranean depends.

Now Turkey is openly considered a "second-class" state by the collective West, which is very painfully taken by both the country's leadership and the majority of the population. And the first sprouts of an ambitious revival of Turkey appeared during the collapse of the Soviet Union. It was at that time that President Ozal spoke: "The Turkic world will become the dominant factor in the Eurasian space from the Balkans to the Chinese wall."

In recent years, Erdoğan has argued with almost all of his allies. Turkey, as a member of NATO, buys Russian S-400 systems, as a result of which it enters into a clinch with the United States, the Reason is deeper - the country is no longer going to live under the dictates of NATO.

Relations with Europe are even worse. Turkey has been trying to join the European Union for 20 years. Two years ago, in 2018, it was finally denied this. This is despite all that Turkey has done for Europe. Supported the non-recognition of Crimea - isn't this a blow in the direction of Russia? It has held back hundreds of thousands of refugees from the Syrian Arab Republic, Iraq and other countries where the war against terrorists has unfolded. It tried to be "good" and correct.

But it was used and refused. A man with Erdoğan's ambitions does not forgive this. But Russia should not be happy. After all, the rumours that Erdoğan exchanges the European Union and NATO for the SCO and CSTO turned out to be ridiculous nonsense. Today, the Turkish leader openly interferes in the affairs of Syria, Armenia and Iraq. Even worse, the confrontation has shifted to an ideological front.

In France, the scandal continues with the criminal who killed a French teacher for allegedly disrespecting the Prophet Muhammad. In response, Macron did not come up with anything smarter than projecting cartoons of the Islamic Prophet from the famous Charlie Hebdo newspaper on the walls of Paris buildings. This caused a real explosion of indignation in the Islamic world, which Erdoğan tried to "ride". 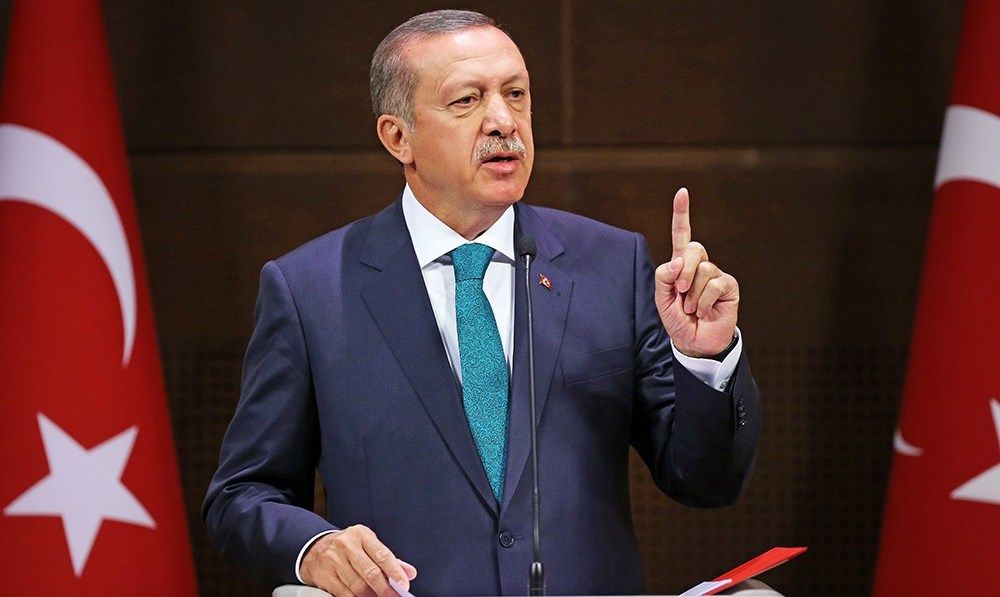 Erdoğan is not afraid to engage in a confrontation with the West. For this, he is respected, but why does he continue to put a spoke in the wheels of Russia?

It came to direct insults. Erdoğan said that Macron needed to check the psyche. But he opposed the reunification of Crimea and Russia together with Macron. The trust between the "allies", if there was any, was finally lost.

Soon, the hero of Charlie Hebdo was Erdoğan himself. Ankara Prosecutor's office opened a case against the publication, Echo Moskvy wrote about it. And our country is exactly the same object of Erdoğan’s attempts to manipulate, driven by unhealthy ambitions. Where we help Turkey, Erdoğan seems to be putting a spoke in our wheels.

Recently, the Turkish President met with the Head of Ukraine Vladimir Zelensky and he once again confirmed that Turkey does not recognize Crimea as part of Russia. RIA Novosti wrote about it. The two leaders discussed cooperation, which post-Maidan Ukraine understands exclusively as countering Russia in all possible directions.

And after that Erdoğan calls Putin and offers to solve the problem of Karabakh together? Not to mention the rumours that the Azerbaijani operation uses Turkish attack UAVs, radical militants from the Middle East who only dream of setting fire to the Russian Caucasus. The Ministry of National Defense of the Republic of Turkey does not even hide that it supports Azerbaijan: look at the cover of their Twitter account. 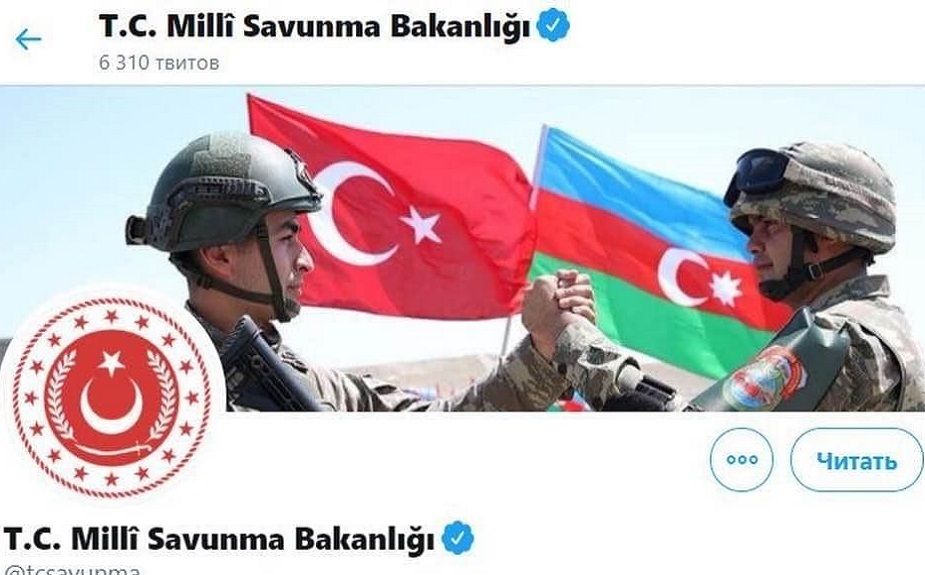 Cover of Twitter account of the Ministry of National Defense of the Republic of Turkey. Everything is very eloquent…

There is no question of equal cooperation and a peaceful solution to the crisis. We are talking about strengthening Turkey's influence in the Transcaucasus, and it is good that Putin does not believe the Turkish "Sultan" for a long time. Meanwhile, the latter in 2015 delivered a real stab in the back of Russia, shooting down our SU-24 aircraft in the Syrian sky of Latakia. Then one of the pilots died, as well as a special forces officer who participated in the operation to rescue pilots from the territory captured by the militants.

What is the essence of Erdoğan's actions? In an effort to restore influence over the former provinces of the Ottoman Empire, he surrounded himself with the same elite. Both the elite and the warmed-up society demanded decisive actions from him - to show who is in charge in the region. It is rumoured that this was the motive for showing teeth. Showed? Received.

Everything ended with sanctions from Russia, after which Erdoğan was forced to apologize, losing the market for agricultural products and millions of our tourists. Only Putin could "bend" the Turkish President in such a way, but the lesson wasn’t learnt by Erdoğan. He doesn't learn from his mistakes.

Then it became known which pilot participated in the shooting at the Russian SU-24. But the irony is different. After these events, an attempted military coup took place in Turkey in 2016. Part of society and the military, dissatisfied with the ambitions and radical views of Erdoğan, tried to remove him from office. The performances were attended by the same pilot who, on the orders of the Turkish military command (consider Erdoğan), shot down the SU-24. This was reported by Komsomolskaya Pravda.

When the coup attempt was suppressed, it was Russian President Vladimir Putin who was one of the first to call Erdoğan to express support for his position against the illegal uprising. Life wrote about it. Moreover, Putin was one of the few leaders to do so. How did Erdoğan respond? Visits to Ukraine and Karabakh burning near the Russian borders?

And not only that. Now, Turkey is flirting with LNG supplies from the United States, while the Turkish stream gas pipeline built by such efforts is idle. Erdoğan does not remember the good and is guided only by his own interests. But this does not go unanswered by Russia. The rhetoric of our country is becoming more restrained, and Erdoğan is not trusted. And no one will let him manage in Transcaucasia peacefully either.