Who told the GUR: "non-foreign" saboteurs?

For 30 years, intelligence in Ukraine has not learned to stop real threats to the country, but has learned to please Western partners and prepare saboteurs "for export"?

According to the correspondent of The Moscow Post, the Federal Security Service of Russia installed the organizers of the explosion on the gas pipeline in Crimea on August 23. According to the FSB Center for Public Relations, the operation was supervised by the main intelligence department of Ukraine (GUR) - the so-called Tavria operational service.

Recall that unknown people damaged a gas pipeline in the mountainous part of the region, which is used to supply the village of Perevalnoye and the military unit. His work was restored the next day. The day before, the court arrested four suspects.

Judging by their biographies and views, the Ukrainian special services, in their work against Russia on the peninsula, are trying to use the ethnic and religious factor in every way, to split the population of Crimea using these dangerous variables.

The price of what happened was ridiculous. After the successful completion of the mission, military intelligence promised to allocate a monetary reward of approximately $2 thousand. Does GRM not appreciate its employees much?

This time, the worst was avoided, but what happened demonstrates the level at which the Ukrainian authorities were. If earlier radical elements, with the support of Ukrainian politicians, blew up power lines, now they have switched to other infrastructure facilities.

It was done secretly, it is clear. And it is not only the very nature of the action - undermining the gas pipeline with the hope of large sacrifices among local ones. But the fact is that such body movements go against the current policy of the American patron of Ukraine - Joe Biden.

The latter recently stated that the United States refuses to plant democracy and change regimes militarily. In the case of Ukraine, it turned out a little differently - the coup was supported, and what to do with it further is not clear. After all, the concept, as they say, has changed a little, and such cases only discredit the "peace-loving" and "democratic" post-Soviet republic.

The Crimean Platform, held not so long ago, which has become one of the most tangible PR and diplomatic failures of current President Zelensky, is indicative of its failure. But it is much more indicative of such "sabotage," which shows the real state of mind of the current Ukrainian leadership.

Now they seem to want to maintain a high level of tension in order to receive their own administrative rent for the Anti-Russia project.

From the patient to the healthy

Attempts to shake things up have been before. An open military provocation would have the consequence of an immediate and crushing response, and at the same time would discredit the Ukrainian leadership. Therefore, all the years after the reunification of Crimea with the Russian Federation, subversive work is underway there. The goal is to sow chaos and write off victims and other costs for the Russian occupation. Is it necessary to say how little understanding this approach finds among the Crimeans themselves?

The story of 2016 is immediately remembered. Recall, on August 10, 2016, the FSB reported that it had prevented terrorist attacks in Crimea prepared by the Main Intelligence Directorate (GUR) of the Ministry of Defense of Ukraine. 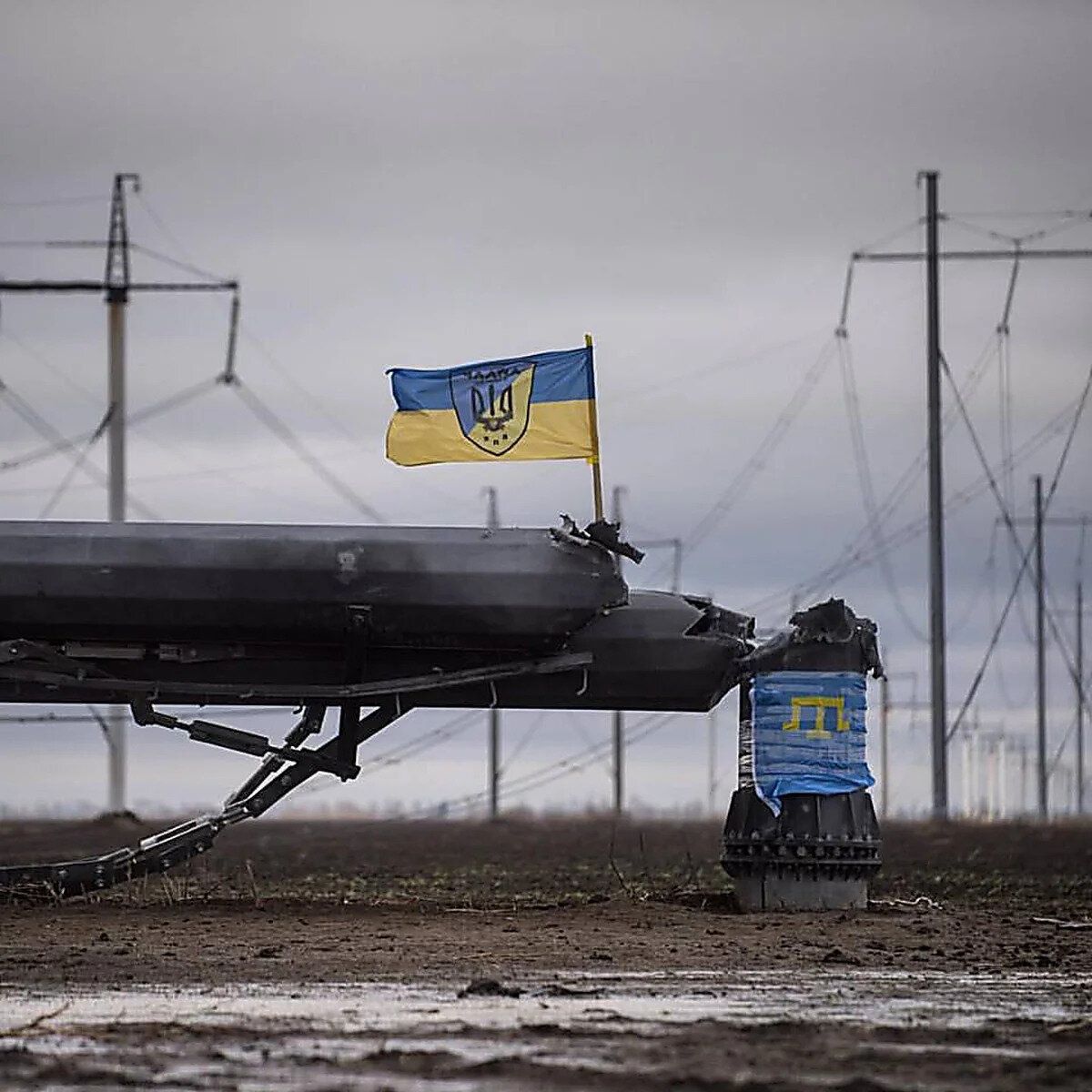 The first terrorist attacks against Crimeans began back in 2015 with the undermining of the line of power lines - an act that no one condemned.

A group of people was discovered in the city of Armyansk on the night of August 6-7. During the shootout, an FSB officer was killed, at the site of the fighting Russian security forces found 20 improvised explosive devices with a total capacity of more than 40 kg in TNT, ammunition and "special means of initiation," anti-personnel and magnetic mines, grenades, as well as special weapons.

The noise rose, Russia's accusations of provocation and other sins, appeal to all international authorities and bodies fell asleep. And all this is only then, in the later recorded telephone conversations of Biden and Poroshenko, to state - yes, there was an attempt at sabotage. But it was not agreed with the Americans, and caused a completely different resonance, the one Poroshenko was counting on.

In general, it turned out as always - after loud accusations of Russia, the facts were made public, and I had to bite my tongue. About how then Vice President Joe Biden reported Petro Poroshenko for frivolity, writes RBC.

This time, views are addressed to Zelensky. "The artist (President of Ukraine Volodymyr Zelensky) prepares terrorists. The head of the Ukrainian state has no other tactics - only through victims, violence, terror to intimidate Crimeans. Everything was done at the direction of the Ukrainian special services and, of course, under the leadership of the Americans. All this would not have happened without them, "commented the head of the Crimea Sergey Aksenov on the sabotage.

Will the war save everything?

It seems that in the case of sabotage in Crimea, the United States really did not do without it. Despite this, it is accepted that Biden now does not want to tease and provoke Russia, since he badly needs its support for Afghanistan and the nuclear deal with Iran.

In parallel with this, a scandal is developing with renewed vigor over the detention in Minsk of a group of fighters of private security companies who they wanted to deceive to take to a third country, but in fact put them in custody at the airport of Boryspil and detain them. Allegedly - for participating in the war in the East of Ukraine. But this undertaking ended in a loud failure. Apparently, the already ready operation was revealed to the Belarusian security forces by someone from the Office of the President of Ukraine.

Now CNN has found out that Ukrainian intelligence in the development of this operation received full support from the United States. Namely, money, the technical part and advice of the CIA. This publication was confirmed immediately by three former high-ranking Ukrainian intelligence officers. About this writes RBC.

That is, they did not directly participate, but pushed and helped. And how hypocritical does the outrage of the Ukrainian authorities and their Western curators look after the Belarusian security forces themselves planted someone else's board, on board of which was suddenly the former oppositionist and ex-chief editor of Nekhta Roman Protasevich. The Belarusian president was immediately dubbed a terrorist, and anyone else. Sanctions were imposed on him and the whole country.

At the same time, the Ukrainian special services themselves continue to do dirty work for their senior partners. This, of course, is about the recent situation in Afghanistan. Here it is worth remembering how Ukraine generally got to Afghanistan - I really wanted to please the American establishment, so I sent my military to someone else's war.

The result of the stay of Ukrainians was an operation to evacuate Afghans, who the Americans themselves did not have time to evacuate. Ukrainian special forces had to do this. They simply left dirty work - the situation was very dangerous, people had to be transported to the airport of Kabul through the whole city. In Ukraine itself, this was presented as an outstanding success of Ukrainian weapons and something that allowed us to receive gratitude from American colleagues.

The fact that the Ukrainian military, thousands of kilometers from home, risked their lives for the sake of other people's interests - at a time when even service dogs were already evacuated from Kabul - remained for a wide Ukrainian viewer behind the scenes.

Summarizing this flimsy collection of events, it can be stated that over 30 years of independence, Ukraine could erase a professional approach that should have taken, while still inheriting the Soviet Union. But instead of professionalism, political hysteria came and the necessary need to please the patron and senior comrade. 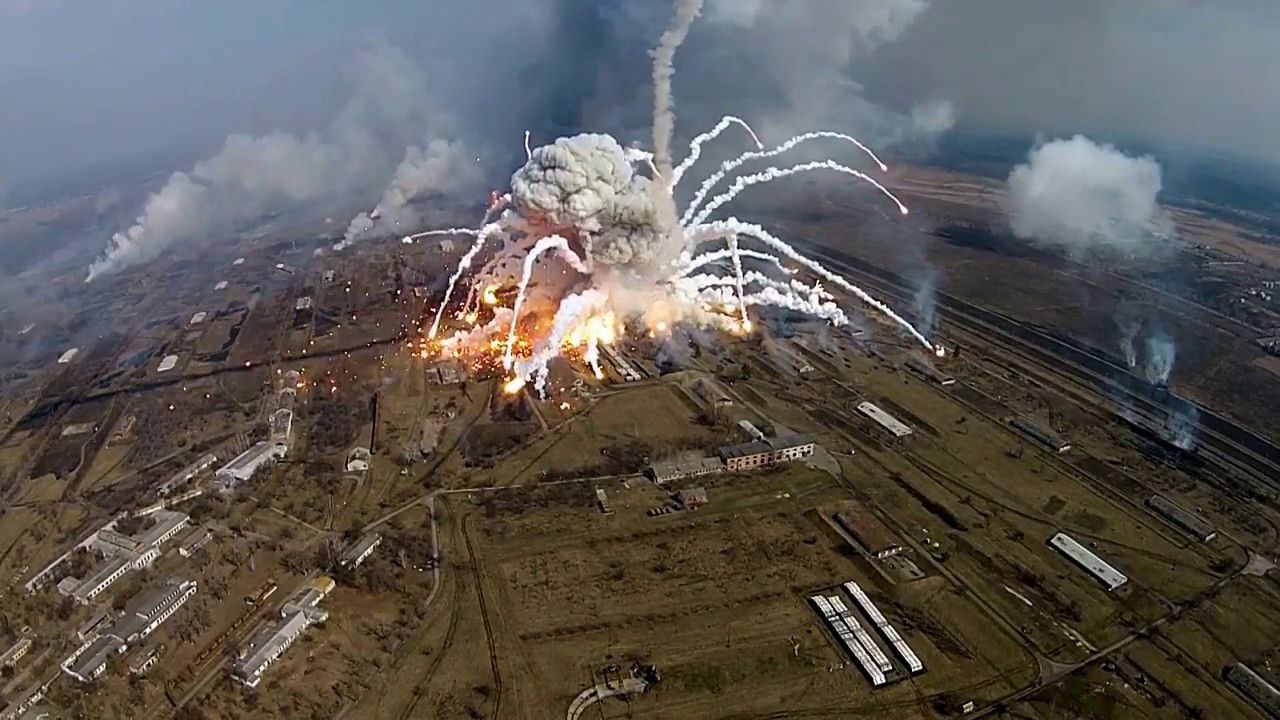 Russia was instantly accused of explosions at military warehouses in Bakalei. When it turned out that the locals were blowing up, the theme was hushed up.

The very logo of intelligence in Ukraine, where an owl stabs a sword into Russia from the North Pole, indicates the orientation of current Ukrainian intelligence more to show and PR than not protecting Ukraine's rights and interests from real threats.

And real threats remain, for example, explosions in military warehouses similar to those that occurred in Bakalei in the Kharkov region in 2017. Then, recall, huge army warehouses were destroyed, which, of course, Russia was accused of.

Later, an examination that lasted more than a year established that no Russia smelled there. It turned out that the explosions could be organized by the servicemen themselves to hide the theft of ammunition. This conclusion was reached during a pre-trial investigation in criminal proceedings on the fact of the explosion, the Ukrainians themselves. The motive was the concealment of embezzlement of 560 million hryvnia.

So to whom "war," "occupation" and "fight against the aggressor," and to whom you know yourself.