Who is stepping wrong: imputed EU politicians are in favor of constructing with Russia

In relations with Russia, more and more European leaders are putting the interests of their own citizens, not geopolitical adventurers, at the forefront.

"Are we to fight with the NATO bloc?," Russian President Vladimir Putin asked a wide range of Western powers, politicians, analysts and journalists at a briefing in Moscow yesterday after meeting with Hungarian Prime Minister Viktor Orban.

Neither Putin, nor Orban, nor the vast majority of other Western powers want any war. It's obvious. But they are pushed to this line, and those who advocate constructive relations with Moscow are obstructed, sanctioned, squeezed out of public discourse.

On Viktor Orban, who brought from Moscow the most important agreements in the field of economics, energy, logistics, and in his homeland, and partners, whole ears of dirt pour out. The same can be said of other politicians and countries in general who advocate a real, respectful dialogue with Moscow.

The Moscow Post keeps its hand on the pulse of events and states: it is these people who are real apologists of the world and opponents of war. And not those who put sticks in their wheels, hating Putin and Russia. 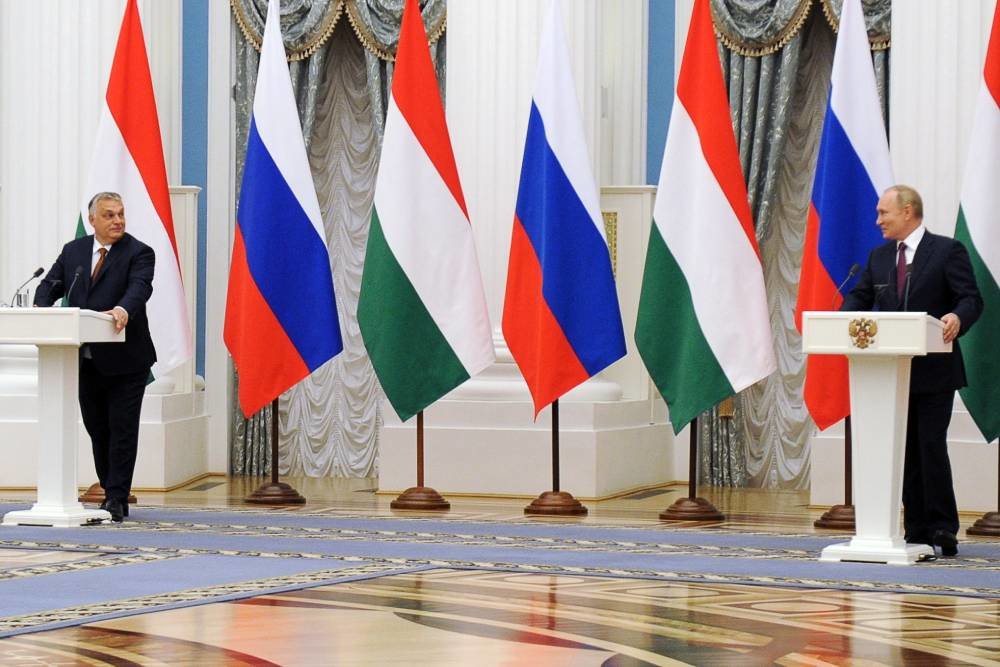 But before it is necessary to remember negotiations on safety on which intermediate results the Russian leader for the first time commented at a briefing with Orban.

The above-mentioned question of Putin about war with NATO as it isn't difficult to guess, concerned the Ukrainian crisis, to be exact unconvincing aspiration of the USA and a number of EU countries as soon as possible to admit the distressful former Soviet republic to NATO.

Putin's words sounded in firm, but in general quite conciliatory tone though the western press and tries to present the Russian President almost the warmonger. And a context too at all very famous: it was talked of the possible military operation of Ukraine in the Russian Crimea in case "Independent" take in Alliance, despite protests of Russia.

In the same place, at a briefing, Vladimir Putin for the first time commented on the reply of the USA and NATO to offers on the security guarantees which are put forward by our country.

America doesn't move towards Moscow according to three key requirements – not expansion of NATO, refusal of deployment of arms at borders of Russia and to return of alliance to the status of 1997. NATO refers to the right of the countries for the free choice, but it is impossible to strengthen someone's safety at the expense of others. At this NATO can, but isn't obliged to accept new members - notorious "fake" open door policy.

What offensive for Ukraine if NATO, respecting her aspiration in the organization, refuses reception as it obviously violates earlier undertaken international obligations? Here the President asked about it Russian.

At the same time he didn't begin anybody to threaten, to rattle the saber. Studying the answer continues, and about any measures from the Russian Federation the speech didn't go.

It isn't difficult to guess the reason - negotiations continue, soon to Moscow there will arrive the president of France Emmanuel Macron. By the way, the next phone call of the Russian Foreign Minister Sergei Lavrov with the U.S. Secretary of State Anthony Blinken took place yesterday.

In the EU the wars don't want

And while there are negotiations, enormous pressure in the EU and NATO appears on those who don't wish to sing in harmonious chorus of haters of Russia. Meanwhile, to dialogue with Moscow it is impossible to see a rusofilstvo or geopolitical "giveaway chess" in the same Orban's aspiration. Everything is simple – constructive communication with Russia is favorable, first of all, to ordinary Hungarians. Which will pay less for gas at whom the Russian rockets won't be aimed in case NATO goes crazy and will decide to untie a slaughter.

According to Orban, in the EU there is no leader who would like to launch war with Russia. And it is, most likely, the truth. Behind their backs there are much more cynical forces. And while the USA leaves Europe, "sacredly" other geopolitical "hawk" of the world of the last four hundred years - Great Britain hurries to take the place.

On the eve of her prime minister Boris Johnson I arrived to support "friend" Volodymyr Zelensky to Kiev. They are on friendly terms since Zelensky resists to Russia. And still buys from the former "Empress of the seas" the written-off arms on credit money. Against the Russian Federation it will help nothing, but very much motivates London to continue cooperation.

Returning to Orban - his position on the Russian Federation isn't new, and is known long ago. He is not the only leader of the EU who urges to lower rates, to cool down, consider offers and concerns of Moscow. And all these years is exposed to persecution.

As other European leader - the president of Croatia Zoran Milanović underwent persecution. Recently he commented on the current crisis and flatly refused to participate in a slaughter which the western powers prepare for Ukraine and the European Union.

"I look at statements according to which NATO increases the presence there. We have nothing in common and we won't have with it, I guarantee, – recently Croatian leader told. – Not only that we won't send, so if aggravation is valid, we will bring (out of the contingent of NATO – an edition) to the last Croatian soldier. And it has no relation neither to Ukraine, nor to Russia, it is connected with dynamics of the American domestic policy of Joe Biden and the American administration …", - the Politnavigator portal quotes Milanović's words.

Milanović calls things by their proper names. In the current situation there are no interests of Europe, on the conflict they are pushed by the USA. And not for reasons of own safety, and for reasons of internal political expediency. The cynicism doesn't have a limit.

What began in Croatia and in the EU after these words of Milanović!. The prime minister of the country hurried to express the lizoblyudsky position in relation to NATO after these statements. A bad half of the European press fell upon the president of Croatia. And also a press from Great Britain which "crushed" it, accused of blasting unity of the EU and NATO. 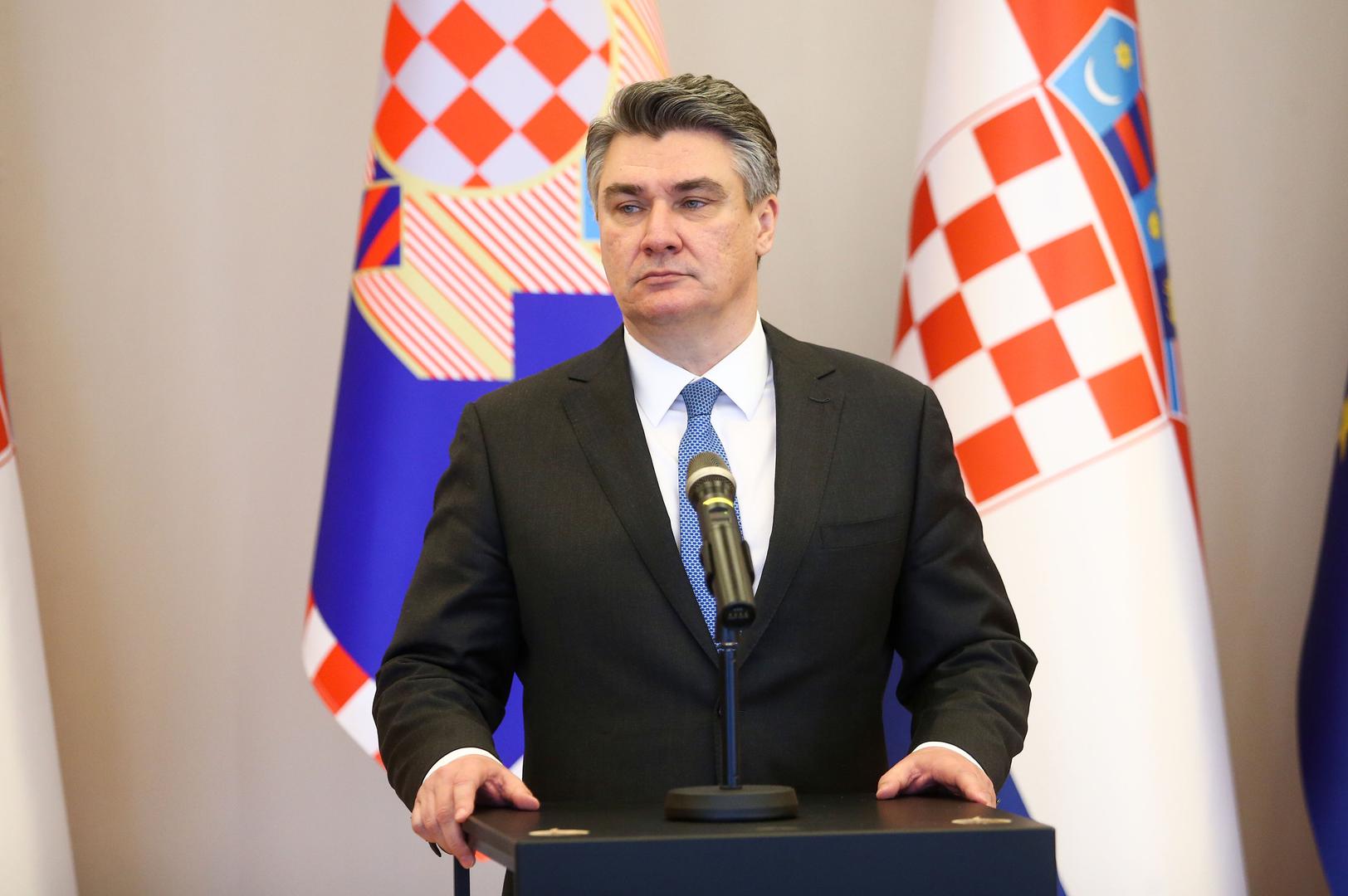 Croatian President Zoran Milanovic is one of those European leaders who are not afraid to say what they think, defending the interests of compatriots

All the "trouble" of Milanovich is that he preferred the lives of his soldiers, the interests of his own people, to the interests of the homegrown geopolitics who defeated Afghanistan, Libya and other countries.

This applies to states that are not in the EU. Take the same Moldova, in which the pro-Western Maya Sandu recently came to power. So pro-Western that it has a Romanian passport, and the main goal is Moldova's entry into the EU. Earlier, the president of the country was Igor Dodon, who advocated a constructive relationship with Moscow.

For Mr. Dodon, everything ended in defeat in the elections, but defeats are different. The Western liberal press beat him, and subsequently Sandu's headquarters was literally pumped with money and political strategists from London and Washington.

As a result, Dodon was removed from power. But even Sandu was forced to negotiate with Moscow on the same gas - without stopping anti-Russian rhetoric. First of all, on the issue of unrecognized Pridnestrovie.

Returning to the EU members themselves, not only politicians, but also the military, who allow themselves the luxury of calling things by their names, fall under the distribution. Recently, German naval commander-in-chief Vice Admiral Kai-Achim Schenbach was forced to resign after saying that Crimea would never return to Ukraine, and Russian President Vladimir Putin deserved respect. His words were condemned by the German authorities. Still - who is not walking in the foot? About the situation writes Gazeta.ru.

Many Germans agreed that the vice admiral "simply said aloud what the majority was thinking." But it seems that our Western partners are defeated by the Orwell principle: "Freedom is slavery, peace is war. Ignorance is power. " The world is inverted, subjected to geopolitical projects of distant overseas interests. And the interest of closer, insular. 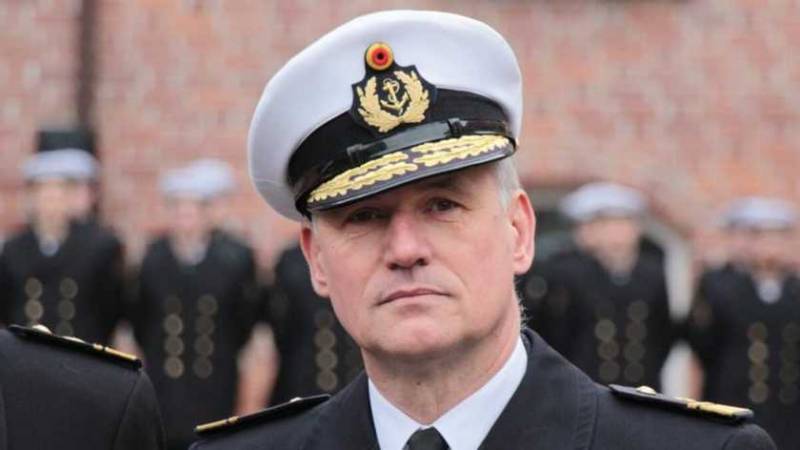 Vice Admiral Kai-Achim Shenbach dared to call things by their names, for which he paid with a career

These cases are far from the only ones when politicians, analysts, the military, journalists and ordinary people advocate a constructive relationship with Moscow, for which they are obstructed.

However, it is impossible to put so much pressure on public opinion for a long time - a critical mass of those dissatisfied with the policies of Washington and London aimed at confrontation with Moscow is constantly growing. And this amount will one day definitely go into quality. The main thing is that before that a large-scale war does not begin as a result of the "nauseating" of a number of irresponsible geostrategs.