Who is Biden called

The reason why the US president has become a hostage of the domestic political situation, how should Russia react to insults, and why Ambassador Antonov should return to Moscow.

As the correspondent of The Moscow Post reports, the Russian Federation summoned the Permanent Ambassador of our country to the United States Anatoly Antonov to Moscow for consultations. This was preceded by an unprecedented scandal that broke out on Wednesday, when the 46th US president allowed himself to make insulting remarks about his Russian vis-a-vis. Relations between the countries, already tense, can fall be lowered.

The scandalous interview was broadcast on ABC on Wednesday and focused mainly on domestic issues. There are a lot of problems in the United States, but Biden could not get away from the topic of Russian-American relations. After all, the country has long been called the "main threat to national security" at the official level. Of course, the role of the "evil empire" again went to Russia, even China is called indirectly - "competitor".

Responding to one of the openly biased and provocative questions of the correspondent, Biden agreed that Vladimir Putin is a "killer", which meant the recent story of the "poisoning" of Alexei Navalny, more like a provocation of the Western special services to continue pressure on the Russian Federation.

Besides, Joe Biden threatened Moscow that it will pay for interfering in the US presidential election in 2020. Both answers are simply appalling, and not only from the point of view of any political and diplomatic practices, but, first of all, from the legal point of view. Without any real evidence, without providing the Russian Federation with any information about this incident, the guarantor of the light of democracy and the rule of law puts labels on the leader of another great power.

As analyst Fyodor Lukyanov reports, according to previous standards, to call the leader of another country, especially a great power with a multi-faceted potential, a killer would mean being prepared for a break in relations and more dangerous consequences. His words are quoted by Kommersant.

Of course, it is impossible to leave such a scandalous statement unanswered. Antonov, summoned for consultations, will surely receive new instructions, more strict and pragmatic than today. At the same time, both he and the entire Russian Foreign Ministry are well aware that old Joseph did not lose his mind at all, and would have given this answer in any case. Not because he has any confirmation of his words, but because there is no other way in the current domestic political situation in the United States.

Biden became a hostage to the "tectonic" processes of "erosion" of traditional American political and social institutions. In front of our eyes, we can see how the "City upon the Hill" shows its unsightly interior. There is a tough, repressive suppression of all those who disagree with the results of the 2020 elections, and just dissidents in the country. Then Trump was not just stolen of votes, but was not given any opportunity to challenge them in court.

This is what made a crowd of Trump supporters to break into the Capitol on January 6, 2021. We will remind, then five unarmed people were killed from the guard. Many, like a woman US Army veteran with 14 years of experience - cynically in the back. And after that, Biden, NATO, and others teach us how to respond to street riots and threat?

All the more strange is to hear this from the president of a country that, according to experts, once every 18 minutes throws a bomb somewhere in the world. Biden and his party colleague and former chief Barack Obama were so "peace-loving" politicians that with their participation, the war broke out in Syria, Libya, and Ukraine.

These conflicts are not over, although through the efforts of Russia and other countries, the intensity of passions in them has seriously subsided. There is no longer a hot full-scale war, but about 387 thousand people were killed in Syria, and more than 16 thousand people were killed in the civil war in Ukraine, where the US inspired a coup d'etat. And then Biden calls someone a killer?

However, once again, this is only a consequence of the domestic political situation in the United States, where domestic policy continues to dominate foreign policy. And this is one of the main conclusions that can be drawn from the interview with Biden.

The never-existing "Russian interference" factor is being used to finally discredit Donald Trump. The latter has already stated that in the future he intends to run for president of the United States again. In parallel, the cleanup is being continued in the Democratic Party itself.

Another conclusion is that there is not much behind this rhetoric, and Biden himself is in no hurry to introduce new tough restrictions on Russia. Russia is extremely needed in solving a number of important security issues: nuclear deterrence, the fight against terrorism, the new nuclear deal with Iran, mediation efforts in the North Korean direction, and many others. 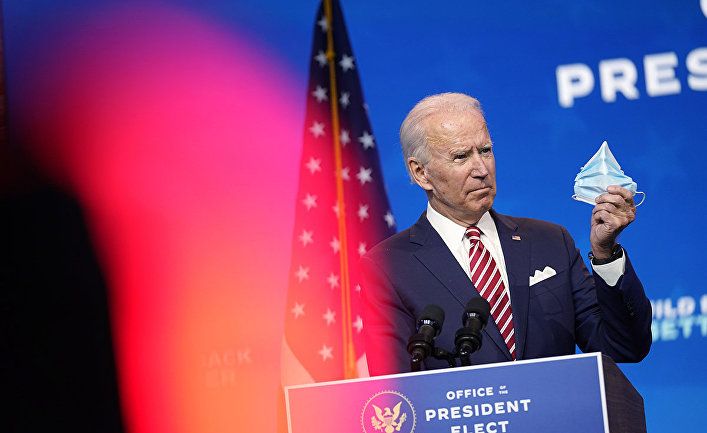 At the same time, in the United States, which is no longer able to fulfill the role of the world hegemon, there is still a huge conceit that the relations of other countries with Washington are valuable in themselves, but this is a dangerous illusion. Now, more and more countries refuse to follow in the wake of the United States and NATO. Turkey is a prime example. And the main US ally in Europe, Germany, has clearly not forgotten the wiretapping of its officials and the pressure on the Nord Stream-2, which is beneficial for this country.

Summoning the ambassador for consultations is a natural step, but not sufficient. In such a situation, there could have been a complete freeze of relations, but it did not happen. The parties have too much responsibility for the fate of the world. But a harsh reaction followed from the key functionaries of the United Russia political party. Biden's words were rightly called "aggression and hysteria because of powerlessness." However, in reality, there will be no freeze on the part of either the United States or the Russian Federation - because we will still have to work together in the interests of world security.

As for the reaction of Vladimir Putin, he has long been accustomed to attacks and unsubstantiated statements in his address. The Head of State wished Biden good health – it would not hurt the 46th US President. Well, he answered with a phrase that we have known since childhood – "Who calls names, he himself is called that". And no nerves and hysteria - after all, it seems that in Russia, and throughout the world, they have long understood who is and how Biden himself is "called".