What was "pushed" by Zelensky Ryuttu for 20 million euros?

There is it in life when the puzzle is finished. There is a lot of examples, it is necessary to distinguish them, to notice, understand that everything grew together. Here, say, an epic art cloth "The national commissioner on ski walk" of the 1937th year of the last century – who saw about what it, in general?

Unless only about the national commissioner Voroshilov, or how he feels, in a cap and track bottoms, on a frost and on skis?

We in the editorial office The Moscow Post support the national commissioner – a picture about him: a light look, red ears and a nose, energy that your Adidas springing in a step to the movement of foot. The people's commissar in the environment, still young, still rather beautiful for Isaak Brodsky's brush, confident movements and a step. It is visible also without artist that the puzzle at the people's commissar was finished, without questions. 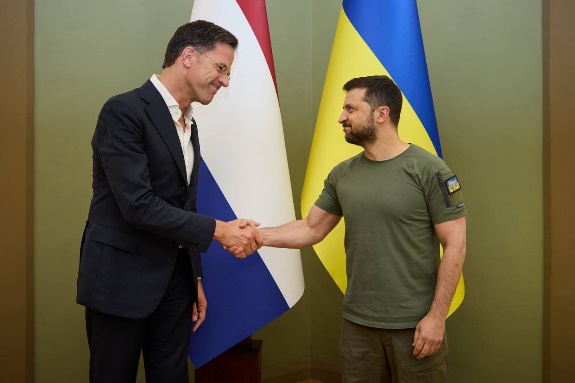 Exactly the puzzle at Zelensky – the person and the criminal, the ideal member of the Kiev political club "Barvinok" and the ready model in a green undershirt for any artist was finished also yesterday. Zelensky met Mark yesterday. 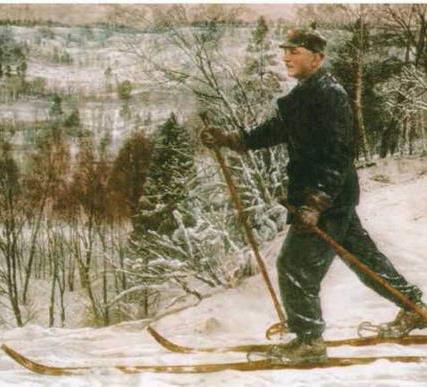 Prime minister of the Netherlands.

Really, you never know, whom Zelensky meets? You never know who to him sees each other at night, and is more often even who saw in the worthless days the general Zaluzhnim?

Yesterday, here, Mark Ryutt, the prime minister of the Netherlands – and who you would like that came in dream to Zelensky in the afternoon came in dream? Poluprismerti English queen? German Angela Merkel from her "step aside, Moscow it isn't visible to me?". Wacky Biden, forgetting where he and why all so, but not differently? And Macron became silent, became silent, the prankster and the rascal.

Otkhodnyak Zelenskogo demanded new accidental acquaintances, premieres of the Netherlands – it, is sincere as a cloth "The national commissioner on ski walk".

Mark Ryutta is to you not some crummy growing bald Sholts, not the strange Tolstoyan Duda easily forgiving Zelenskoma hundred thousand of the Poles killed to death in Volyna. Not hundred thousand? Sixty? Too forgiving, what difference.

Ryutta main over the country where all is possible … well, all of you understood our thought, and the main thing, all of us understood Zelensky's thought that it is possible to deal with Michael, Michael won't bring! Both Zelensky met, and Michael didn't bring: I arrived, they, probably, normally sat, chatted about that, about this as business was farther, we know for sure already, exactly in the same time … well or a little a bit later … Zelensky declared approach of the million army.

Your army or even your group of armies and fronts! One meeting with the prime minister of the country where smoke and all drink and and, quite to themselves legally, I inspired Zelensky and Ryutt on an unconditional victory: one sigh, one short silence – and a victory.

Ryutt as the first time akklimatsya and felt not bad, told Zelensky that he allocates to him (Zelensky corrected supposedly "not for me, and Ukraine", Ryutt waved a hand, type, "come on") €200 million. Zelensky was indifferently twisted, in sense, "handouts it isn't necessary to me".

Ryutt, of course, wanted then Kemskaya volost, Zelensky told again, "take", and only Arestovich keeping the transcript of a meeting was indignant that it is a shame to insert into the transcript of a meeting of leaders of the states of the quote from the movie by the Russian director Gaidai. Agreed that Holland will write the Kherson region supposedly at post-war restoration of Ukraine Holland most of all she interests.

Then Zelensky called the general Zaluzhny and ordered that to attack Kherson, and Zaluzhny was stunned: neither he, nor the Russian intelligence were aware not that at Zelensky with Ryutt in a couple of hours one million people ready in fight were gained – Zaluzhny thought that it is about couple of dozen of addicts.

And the Russian intelligence only quietly neighed until the prime minister of Holland Michael Ryutt left.

02 August, 7:14
How in Chicago: Remove witnesses and co-conspirators?

28 July, 7:47
Russian Foreign Ministry: prospects for normalization of relations with Finland are not yet visible

26 July, 7:52
The Bright Miracle of Humanity's Survival in the Nuclear Age

19 July, 7:53
Resignations in Zelensky's apparatus - resignation, or the beginning of the end?
See also