No matter how much Azerbaijan and Turkey try to exaggerate their own role in Transcaucasia, they understand that Russia has played and will continue to play the first fiddle there.

According to the correspondent The Moscow Post, a military parade was held in the Azerbaijani capital Baku on the eve of the victory in the war in Nagorno-Karabakh. Turkish President Recep Tayyip Erdoğan  was the guest of honor at the celebrations. From now on the parade will be held every year, for this purpose the country has specially established a new holiday - Victory Day.

Ankara's support played an important role in positioning Baku in the international arena, but now, in the light of the victory, both sides are trying to exaggerate their own importance both for their peoples and in the eyes of the international community.

Meanwhile, Russia is a key player both in Transcaucasia indeed and in stopping this conflict in particular. It was Russia's mediating role that helped stop the war, in which Azerbaijan, contrary to many analysts, could get bogged down for a long time. It is not for nothing that the residents of Armenia cannot calm down in their demands for the resignation of Prime Minister Nikol Pashinyan, and they are still trying to break into administrative buildings.

Turkey has been fueling the conflict for many years, supplying leader of Azerbaijan Ilham Aliyev with weapons. The plans are clear: Baku's support in a victorious war should strengthen Turkey's position in the region, and this has partly happened. But this is what Russia agreed to do to avoid further bloodshed, to stabilize the situation and increase its own influence.

This does not prevent Erdoğan and Aliyev from making provocative statements. At the same parade, Aliyev said that the Zangezur, Goychin and Irevan regions of Armenia are "historical lands of Azerbaijan". That is, in his opinion, Yerevan should also belong to Azerbaijan, shouldn’t it? His words are quoted by Lenta.ru.

Moscow has not officially responded to the "showing off" by Ankara and Baku. Meanwhile, Russia has banned tomatoes from Azerbaijan and Armenia. And it is the first country that is a major exporter of these goods, so it will have a harder time.

At this time, openly conspiracy theories continue to go around. Thus, rumours are being spread that Russia intentionally did not supply Armenia with air-to-air missiles for the SU-30s recently delivered to this country, so that they could stop the superiority of the Azerbaijani air force in the air.

But this is not true. As for the new Russian-made equipment, Yerevan simply did not have time to train military personnel to fight on it, there was not enough time for this. At the same time, as military expert Pavel Felgenhauer writes, the management of the Armenian army was "like in the era of Napoleon". His words are quoted by Rosbalt. 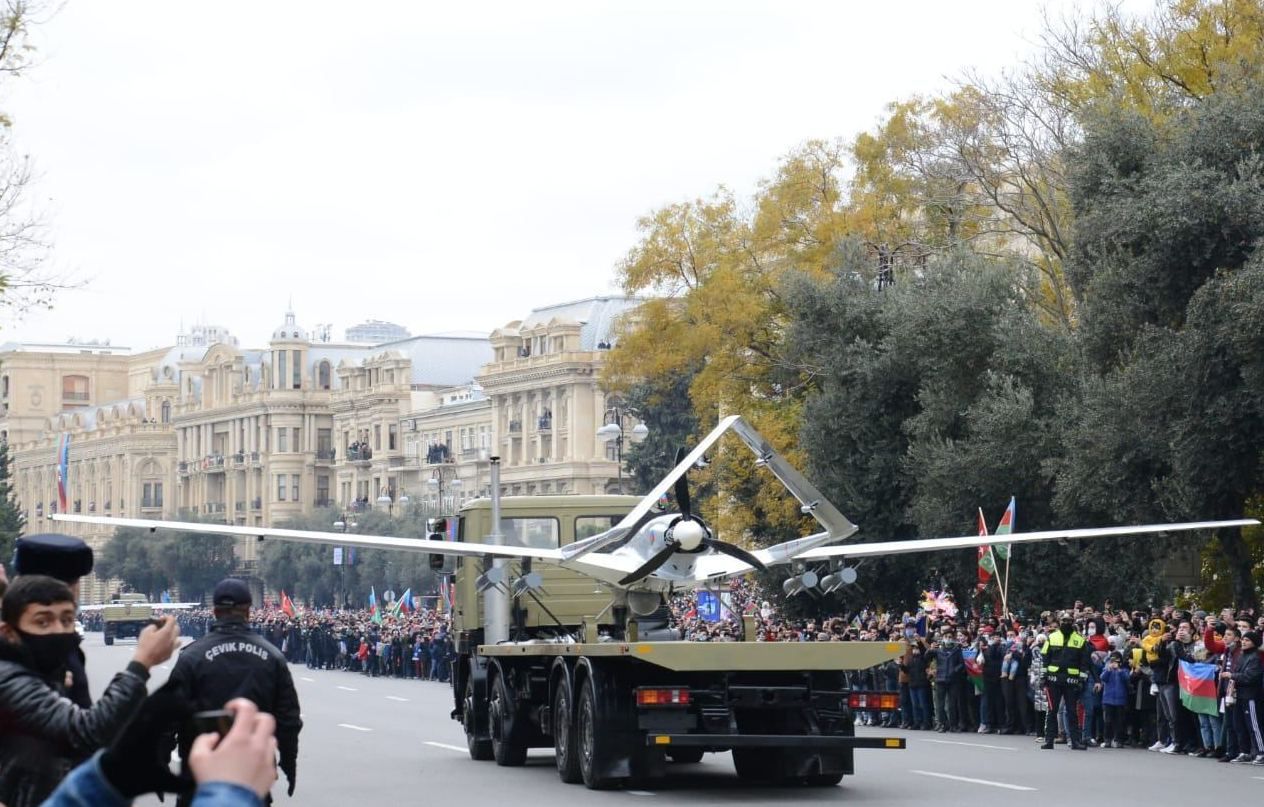 Those Turkish drones, which Aliyev relied on

In this light, some statements made by the Armenian side also look ridiculous. Today, Pashinyan is trying his best to cover up, justifying his own incompetence. So Russia, allegedly, sold electronic warfare systems for $42 million, which turned out to be ineffective.

The Armenian military could explain to their Prime Minister that data on the effectiveness of electronic warfare appear at best in 4-5 months in a structured and systematic form, usually about six months after the fighting in the form of bound brochures marked "for official use". But what efficiency can we talk about if the Yerevan generals were preparing for the war of the early 90's?

"Grateful" Pashinyan apparently forgot that arms deliveries from Russia were carried out on preferential terms, at prices slightly higher than the cost price, and loans were provided with huge installments. In this sense, does "bad" Russian weapons hinder a "good" soldier from Armenia?

Is the tension in the world growing?

The parade in Baku was also observed by Europe, and with great concern. Just like in Washington. Because both geopolitical centres understand that with the strengthening of Ankara and Baku, the key role remains for Russia. And Erdoğan will have to agree on Transcaucasia in the same way as he had to agree on a specific case with Nagorno-Karabakh.

To discourage Erdoğan from dialogue with Moscow, rather strange methods are used. For example, today the "European Union" has expanded sanctions against Turkey. The EU Council was instructed to adopt an "additional blacklist" due to Ankara's actions, although not in Nagorno-Karabakh, but in the Mediterranean sea, where Cyprus remains a point of tension. It is not clear why this should encourage Turkey to negotiate with Europe rather than with Russia.

Another "response" arrived on Monday, December 9, from Washington. They approved the military budget project for 2021, which provides for sanctions pressure on Ankara over the purchase of Russian S-400 anti-aircraft missile systems and sanctions against the Turkish stream gas pipeline. If the Democrats led by Biden, similar to Trump, are betting on such decisions, there is no doubt that Ankara will continue to "drift" away from the principles of "Euro-Atlantic solidarity".

In recent weeks, after the end of the war in Karabakh, there have been conversations about another conflict in the post-Soviet space - the civil war in Ukraine. The local politicians are extremely encouraged by the military decision, not realizing that both Ankara and Azerbaijan acted within the limits allowed by the Russian Federation.

Europe is horrified by these conversations, because the consequences of trying to return the Donbass by military means will be a disaster for Ukraine. They do not understand that they will find themselves in the same team with the losing Armenia, which relied on the support of Western democracies. And may lose several more regions together with the Donbass. Especially in connection with the failed economic and social policy of Vladimir Zelensky.

The funny thing is that in this context, Ukraine continues to desperately seek support from the same Turkey concerning the Crimea. But in addition to the broken "Glory to Ukraine!" and pats on the shoulder from Turkey, Ukraine has not received anything. Because Erdoğan understands that it is not representatives of Ukraine or Turkey who will dictate conditions on the battlefield in the event of a conflict, but generals in Moscow.

Similarly, this time, if desired, Russia could stop any aggression of Turkey, Azerbaijan and Ukraine combined in a month. The only question is the price - human lives, which there, apparently, are not even considered as valuable.

10 October, 7:29
With a bomb in the head: the Ukrainian president has finally lost touch with reality