"Values" on the contrary

Poles, like the entire EU, are trying to shift responsibility for the migration crisis to Russia so as not to pay for their own criminal policy, but at the same time play with fire, increasing their military presence at our borders. Ordinary people suffer as usual.

Yesterday, at a weekly briefing, Russian Foreign Ministry spokeswoman Maria Zakharova, answering a question from The Moscow Post, presented the Foreign Ministry's position on coordinating joint actions between Russia and Belarus in foreign policy issues, and also highlighted some issues of the migration crisis on the border of Poland and Belarus.

The question was raised in the context of the signing by Vladimir Putin and Alexander Lukashenko of all 28 integration programs of the Union State. The signing took place at a meeting of the Supreme State Council of the Union State on the Day of National Unity, November 4.

According to Zakharova, Russia and Belarus not only agree on common approaches in foreign policy, but also provide each other with effective, practical support in the international arena.

In addition, there is a program of coordinated actions in the field of foreign policy, the results of which from 2020-2021 were summed up just yesterday. A new program for 2022-2023 was also signed. According to Zakharova, consultations on foreign policy issues, as well as other issues, take place regularly.

Of course, Maria Zakharova could not bypass the dramatic situation that developed on the border of Belarus and Poland. Especially in the context of regularly sounding unfounded accusations that the crisis at the border is allegedly inspired by Russia, and Belarus does not have subjectivity in this matter.

The following point is important here: the positions of Russia and Belarus on foreign policy are agreed. However, no one can say that the head of the Union Republic acts at the direction of Moscow, receives directives from the Kremlin and is guided solely by them. What can not be said about friends and partners of the same Warsaw and the EU as a whole from Ukraine and the same Moldova.

Moreover, even when the situation at the border was not so acute, Belarus proposed to hold wide consultations on cooperation on the migration topic. For its part, Russia tried to draw the attention of partners to this initiative of Minsk, persuaded European officials to use it to resolve emerging issues.

This is a specific example of practical interaction between the Russian Federation and the Republic of Belarus. But on the part of the European Union, all these proposals were ignored to the accompaniment of new accusations and belligerent statements.

Escape from war and devastation

Yesterday, echoing his overlord, one of the most odious Ukrainian officials, Foreign Minister Dmitry Kuleba, cast a vote. In a characteristic semi-Sam manner, he said that Russia is "trying to digest" Belarus, and the situation on the Belarusian border is a potential front line that cannot be underestimated.

The day before, the "involvement" of Russia in the migration crisis was also announced by Polish Prime Minister Mateusz Moravecki.

"Russia's imperial, neo-imperial policy is progressing. We see it clearly. We observe these steps, they are divided tactically and by time. This is just this last attack (by President of Belarus Alexander) Lukashenko, who is the executor, but his trustee is in Moscow, "Moravetsky said at an extraordinary meeting of the lower house of the Polish parliament. His words are quoted by RIA Novosti.

Apparently, both Ukraine, Poland, and their senior comrades look at the situation on the border in this way - both on the line of confrontation with Russia and the zone of potential hostilities. Only against whom are they going to fight? The union state has never threatened anyone - and even more so in the context of the migration crisis. So, against migrants, from complete hopelessness trying to break through the fence?

We cannot approach this issue irresponsibly. The humanitarian situation is difficult, people lack food and water, there are many women and children. And there are many people who have lost their jobs and the very opportunity to provide for families in their own countries.

It is no secret that now the lion's share of refugees on the border is people from Iraq, Afghanistan, Libya, Syria. That is, those states that were defeated by the very freedom-loving Europeans under the auspices of the United States. Poland sent its NATO contingent to "bring democracy" in Iraq and Afghanistan, which resulted in the destruction of statehood, the collapse of the economy, hundreds of thousands, and even millions of dead. 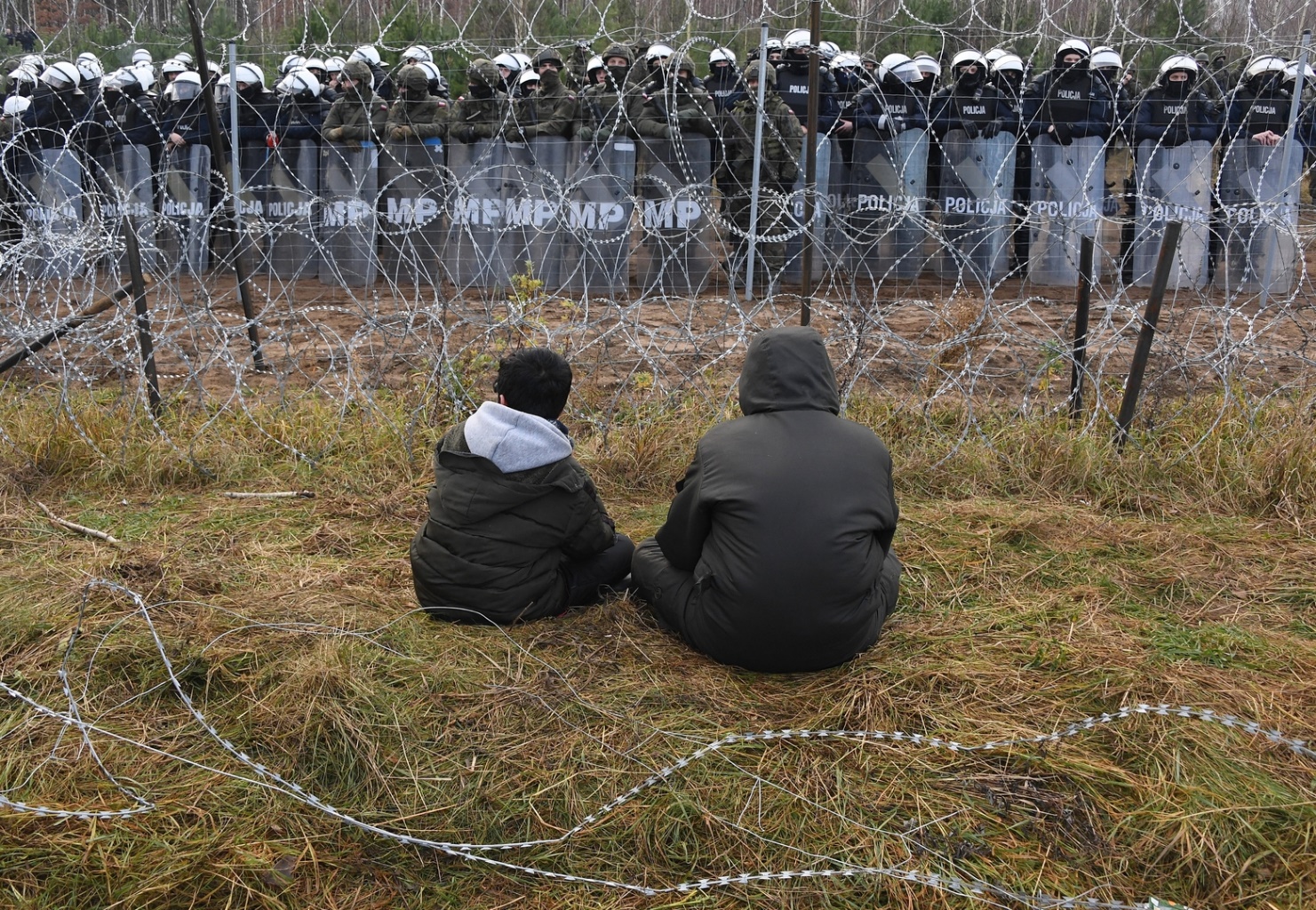 Defeating the Middle East, the collective West refused to take responsibility for its actions

Now she accuses Russia and Belarus of a migration crisis. But our countries did not participate in these military operations. Moreover, efforts were made to warn the collective west against such destructive steps. Everyone knows the result. People falling from the fairings of US aircraft in Afghanistan in a desperate attempt to escape from the country were also seen. Already forgotten?

"Freedom of speech" in Polish ways

It seems that there is no limit to the hypocrisy of Poland and its allies. Trying to shift from a sick head to a healthy one is not a new tactic in the behavior of the EU and the USA, but here it takes on the character of some kind of phantasmagory. At the same time, Poland's political establishment is using the situation for its own purposes. Now there is an acute confrontation between liberals and conservatives on the issue of the same abortion, and indeed, value policy.

Thus, the fate of people at the border has become a bargaining chip in political squabbles. And no one is engaged in a real solution to the problem - the exclusively necessary submission of it in loyal media.

Those who are trying to illuminate the situation in its entirety are completely denied work at the border. True, only from the Polish side, which Maria Zakharova also drew attention to. Moreover, the ban on covering the situation applies even to Polish journalists.

Yesterday, Polish Foreign Minister Peter Wawzik said that Polish journalists who are not allowed to work on the Polish side can go to Belarus and cover the migration crisis from there.

"Nothing prevents your editor or any other journalist from coming to Belarus and reporting from there. If you are not satisfied with the closure of the border, you believe that you are limited in your activities, then you can show this on the other hand, "the EADaily quoted the official as saying.

This, as they say, does not climb into any gates and resembles outright bullying. Not just over their own journalists - over the values ​ ​ declared by the EU as a whole. What about freedom of speech? The reasons, however, are clear - the Polish side blinds migrants with spotlights, scares them with batons, does not provide the necessary amount of humanitarian assistance.

Walls instead of bridges

The network was circled by shots in which a teenage girl from among migrants asks Polish guards at the border for water for her brother. The Poles stand holding bottles and pretend not to hear them. You can watch the plot of Belarusian TV on this topic here.

This is only a small stroke to the portrait of freedom-loving and democratic Poland. And the whole EU. But a few years ago, the same Europeans stood with posters "Refugees, welcome!," And literally broke even for a hint of criticism of the then migration policy.

Poland's position in the context of Alexander Lukashenko's constant accusations of dictatorship is even more ridiculous. That is, it turns out that Polish journalists themselves can go to the "dictatorial" Belarus - no one will interfere with them there.

Except for spotlights and loudspeakers on the Polish side. But in democratic Poland, journalists did not have the opportunity to honestly and impartially cover events. Indeed, such a double-mindedness can be sent directly to George Orwell - "Peace is war, freedom is slavery."

And if it was just a migration crisis. But at the border, tension of a different kind is growing. While US warships sail in the Black Sea, Poland is pulling armed forces to the border, we again hear about the Russian threat. Even the former Prime Minister of Ukraine Arseniy Yatsenyuk returned from oblivion.

The one that built the fence on the border of Russia and Ukraine. The fence was not completed, the money was stolen, and now he is proposing the construction of new barriers on the border of Ukraine and Belarus. A great opportunity to "warm your hands," and at the same time "like" Western partners. 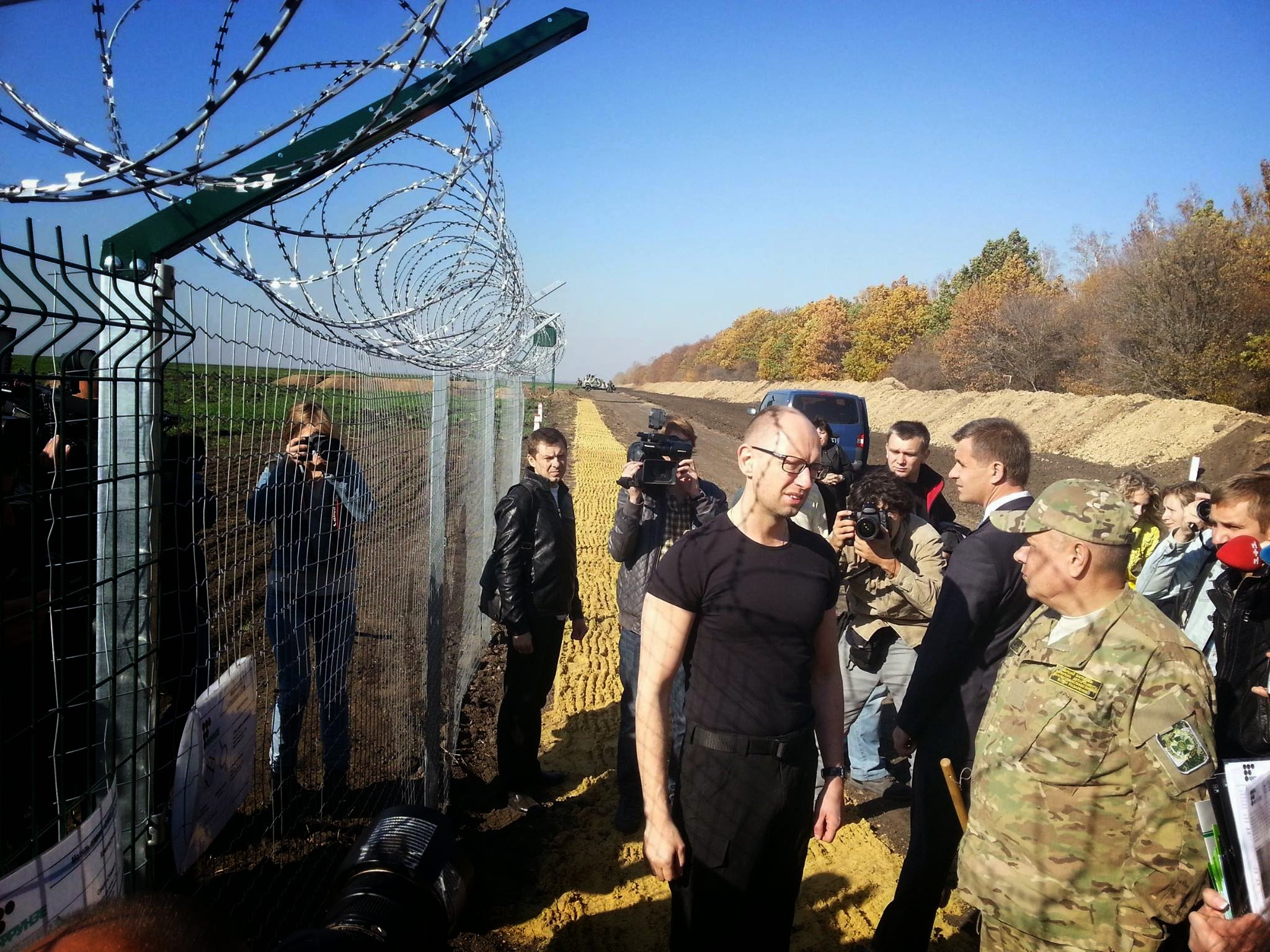 Instead of establishing relations, building roads and bridges, Ukraine and its "senior comrades" are building walls

The fact that this leads to a real military escalation in the region, neither Ukraine, nor Poland, nor the EU as a whole, nor, especially, the United States, cares. And he should. Unfortunately, there are many examples in world history when irresponsibility and outright stupidity led to the fact that the war broke out, as they say, from one match and even a spark. Is Europe so short-sighted?