In the race to develop, test and promote the COVID-19 vaccine, the US authorities do not disdain to neglect the health of their own citizens in favour of the political situation.

According to the correspondent of The Moscow Post, South Korea has started producing the Russian vaccine Sputnik V against the coronavirus (COVID-19). First, it will pass the verification stage in this country, after which it is supposed to be used in vaccination of the population. In Russia, mass vaccination is planned for next week - for this purpose, 100 thousand doses of the vaccine have already been purchased.

At the same time, the development, testing and mass introduction of their own vaccines continues in many other countries, primarily in the United States. However, the authorities of this country and its sattelites seem to have forgotten that the main focus of these processes is the care of people's health, and not political games.

It is as follows: on the geopolitical plane, the struggle for the production and promotion of its vaccine has turned into a struggle with political opponents, and Russia is the main target of attack and discredit. Today, two vaccines have already been registered in the Russian Federation - in addition to Sputnik V from the Gamaleya National Centre and Epivaccorona from the Vector Сentre.

It would seem that this is great news for the entire post-Soviet space, because the Russian authorities immediately offered their assistance in the production and vaccination. But where the market is targeted by American pharmacists, and even with overt political overtones, people have totally different opinion.

Not to accept assistance from the Russian Federation

As journalists of RIA FAN wrote, earlier the Ministry of Health of Ukraine announced a complete ban on the use of the Russian-made Sputnik V coronavirus vaccine. Allegedly, this is due to "unjustified risks" and "lack of necessary certification" of the new medicine in Ukraine.

However, in fact, everyone understands that the decision to abandon the vaccine from the Russian Federation, which our country was even willing to produce on the territory of Ukraine, was made not in Kiev, but in Washington. This is an element of political pressure, the price of which is the lives and health of people.

Seriously, from now on, Ukrainian doctors who recommend Russian vaccine to patients face criminal prosecution, and medical institutions face sanctions up to closure. At the same time, Ukrainian politicians are vying with each other to praise their Western counterparts, primarily the United States, although their tests began much later, and their effectiveness is not higher than that of the domestic Sputnik.

Earlier, Russia made a direct offer to the United States to help in the development and vaccination. In addition, the US authorities were asked to test Russian developments themselves to make sure they were safe. But the White House responded with a categorical refusal. According to Rosbalt, Washington refused to test the vaccine even on monkeys, not to mention people.

It seems, that the usual political shortsightedness is behind this - in an effort to minimize Russia's influence in the world, American strategists have reached an extreme degree of cynicism. They can be understood - the vaunted US health system is not coping with the virus, and scientists are not keeping up with Russia and China. In this light, both Donald Trump and Joe Biden have done and are doing everything, on the one hand, to remove Russia from these processes, and on the other - to provide illegal competitive advantages for their own pharmaceutical companies.

All the arguments about democracy, transparency and open borders are collapsing. All this Western and even left-liberal rhetoric turned out to be nothing.

You can understand the concerns - they are losing markets even in the allied countries. In November, the Israeli Hadassah medical centre in Jerusalem ordered 1.5 million doses of the Russian COVID-19 vaccine. Moreover, the Director of the centre, Zeev Rotstein, is convinced that the concerns voiced in the media about the Russian vaccine are unfounded and are connected with the global rivalry between Russia and the United States." This was written by the TASS publication.

At the same time, another geopolitical opponent of the United States, China, is actively bringing its vaccines to the market. Back in September, Chinese pharmacists at Sinopharm company stated that they would send a batch of doses of one of their two experimental vaccines for emergency use in the United Arab Emirates.

A double-bottom solution: there is both a humanitarian and a political aspect to it. The UAE is one of the key US allies in the East. Working with the Chinese is very annoying to the United States, and it can close the market for American developments. In addition to working with the UAE, Sinopharm is conducting clinical testing of the third phase in Jordan and Bahrain.

All these facts required the American leadership and pharmacists not only to increase political pressure on other countries, but also to speed up their own development. Now there are already several vaccines.

In the second half of November, following Pfizer, the creation of a successful experimental vaccine against coronavirus was announced by Moderna Inc., which in March was the first in this country to start clinical trials of the medicine. From that moment, according to Novaya Gazeta, the "anti-covid race" began to gain momentum. 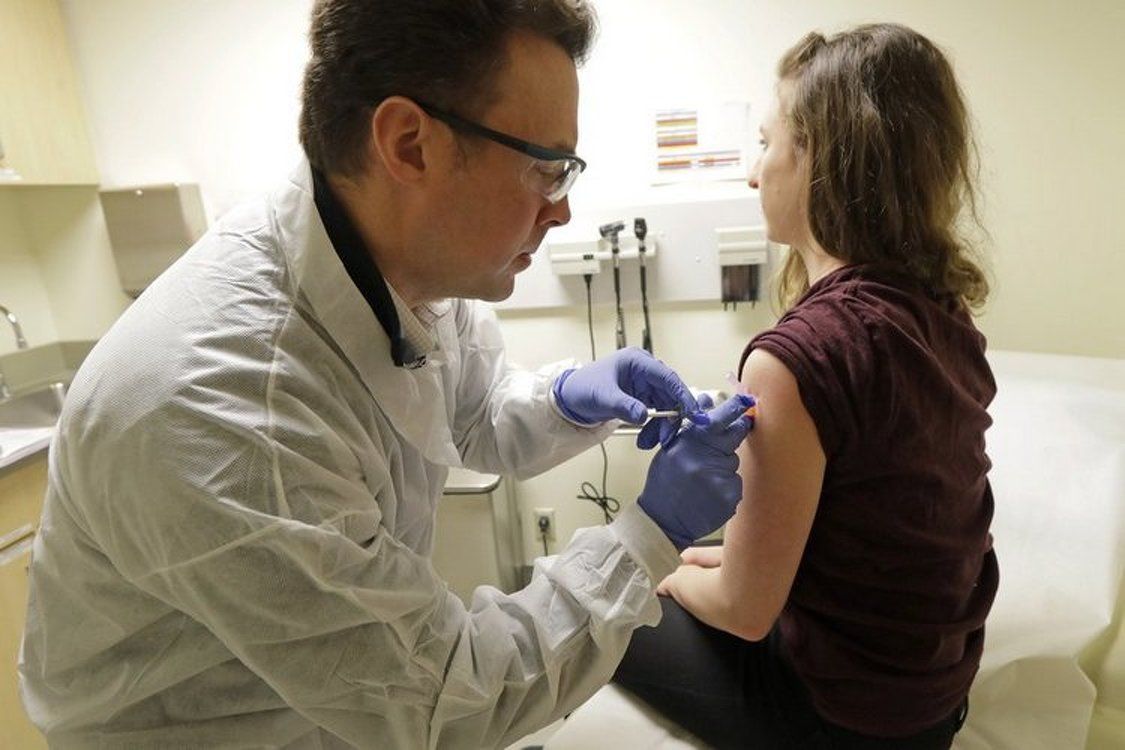 Wanting to limit Russia, the US will "do it out of spite"?

Europe in this scenario is expected to follow in the wake of the United States. The European Union immediately showed interest in vaccines from overseas: Brussels said that negotiations with Pfizer and BioNTech on the purchase of 300 million doses have already been completed. In addition, they also reported a desire to purchase other vaccines from AstraZeneca (UK), Sanofi-GSK (France — Britain), Johnson & Johnson (USA) and CureVac (Germany). That is, only from politically correct countries that are not subject to sanctions pressure for conducting an independent sovereign policy.

Right now, even the hottest heads won't name the actual market size of such vaccines. One thing is clear - it will make pharmacists and the states behind them rich, becoming a powerful weapon of soft power in promoting their own, often frankly selfish interests. These are billions and billions of dollars that have become a tool of big politics.

However, the two alternative, in comparison with USA, centres of power  - Russia and China (the European Union can no longer be considered as such), have a much better chance of emerging from this race as winners. Back in June, China announced its intention to cooperate with our country on this issue, Life wrote about this, so it will not work to isolate the Russian Federation, as they are trying to do in the case of the Nord Stream 2, and earlier with the Crimean bridge.

Eventually, those who are determined to be constructive and cooperative will have a lot of opportunities to advance their agenda not only on this, but also on other issues. In a situation where the political crisis in the United States is only getting worse, this is infuriating for Washington hawks. Isn't it time for them to be vaccinated against political shortsightedness?