The "fight against vaccines" has become a powerful factor in international politics, and Russia has a lot of advantages.

As The Moscow Post correspondent reports, Russian President Vladimir Putin held a detailed telephone conversation with French Leader Emmanuel Macron and German Chancellor Angela Merkel. The sides touched upon many issues of bilateral relations. However, one of the key topics was the possibility of registering the Russian vaccine against the coronavirus Sputnik V on the territory of the European Union.

From the very beginning of the vaccine race, the Russian leader made no secret that he was trying to use this difficult topic for his world as a factor for uniting the efforts of the leading countries, as an opportunity to rally around a common problem and to solve common problems. At the same time, Russia continues to be accused of using its scientific developments in this area as a soft power.

Of course, this is true, and if the American soft power is multinational corporations, Hollywood and the ubiquitous Coca-Cola, then on the part of the Gamaleya research centre it is thousands, and maybe millions, of lives saved. Despite the colossal discrediting campaign in the Western media, today everyone has to to recognize Sputnik as one of the most effective and safe means for vaccinating the population against Covid-19.

It is not Russia that has politicized this issue, but the vaccine has indeed become a powerful factor in international diplomacy. And here the Russian Federation has all the trumps in its hands. No one is happy about the problems of Western alternatives - Pfizer and AstraZeneca vaccines, the side effects of which have already cost the lives of several unfortunate patients.

It came to the fact that the AstraZeneca vaccine was decided to be renamed — now the medicine is called Vaxzevria. However, there were no changes, except for the name, with the medicine. Only the packaging and labeling may differ. In the Network, such a move has already been ridiculed.

Recall that a number of European countries have suspended or banned the vaccination of AstraZeneca after cases of thrombosis in vaccinated patients. Among those who temporarily postponed the use of the medicine are Norway, Sweden, Finland, Iceland and Ireland. They did not return to AstraZeneca even after the European Medicines Agency (EMA) conducted a review and said there was no evidence of a link between vaccination and the risk of blood clots. This, in fact, was the reason why the medicine was not completely abandoned.

And all this - against the background of a large-scale discrediting campaign, which was initially aimed at the Russian vaccine, and everything Russian. First of all, the leadership. Despite this, in the context of the scandals with Pfizer and AstraZeneca, the German Bundestag called for the immediate purchase of Sputnik V.

Moreover, Germany called on the European Commission (EC) to start a pan-European purchase of the Russian vaccine against the coronavirus Sputnik V even before its official registration in the EU. This is written by  RBC. Recall that more than 50 countries have already submitted applications for our vaccine, and supplies are already underway.

The intensity of emotions is so great that in some countries it even led to the resignation of high-ranking officials. For example, the Prime Minister of Slovakia, Igor Matovic, resigned after the scandal with the Russian vaccine against the coronavirus Sputnik V. Recall that Mr. Matovich ordered the purchase of the medicine without notifying the partners from the country's ruling coalition, which caused their dissatisfaction. This is written by Kommersant.

Returning to the conversation of the three leaders - it was, in particular, about vaccination. Moreover, the Russian authorities are attempting to use this area of cooperation for a large-scale restoration of relations with the EU, which, due to the position of Brussels and Washington, are at their lowest point since the end of the Cold War.

"They also discussed relations between Russia and the EU. The Russian leader reaffirmed Russia’s readiness to restore a normal depoliticised interaction with the EU, provided there is reciprocal interest." The Kremlin said in a statement on its website.

A week earlier, Vladimir Putin held a meeting on increasing the production of vaccines and the progress of vaccination. It is expected that the export sales of the vaccine at the end of the year will range from several hundred million dollars to 1 billion dollars. Such assessments were given to Izvestia by the medicine manufacturers - the heads of the Biocad companies Dmitry Morozov and R-Pharm Alexey Repik.

And this is vaccine alone, and only until the end of this year. It is obvious that Russia has won not only a scientific, economic, political, but also a moral victory over its detractors. And all this against the background of the ongoing discrediting of our vaccine by the special services of the same EU.

"The European bureaucrats do not want to put up with a situation where Russia, using its achievements in the fight against the infection, seeks to help other countries and, what is especially terrible, can derive commercial benefits from this", the Regnum newspaper quotes the head of the press bureau of the Foreign Intelligence Service, Sergei Ivanov, as saying.

He noted that the EU is taking "urgent measures on the part of the local bureaucracy to discredit the vaccine created by Russian scientists." And we note that in view of Putin's conversation with Merkel and Macron, where the vaccine and the fight against the pandemic became the number one topic, all these measures failed miserably.

The world in the queue

To sum up: the discrediting of Russia, its leadership, and the scientific and creative potential of its scientists had no effect. Moreover, such pressure has led to the irritation of a number of Western medical experts. This was especially noticeable against the background of an article about the effectiveness of the Russian vaccine in the authoritative journal Lancet.

After that, it became clear not only to experts, but also to Western citizens that the lion's share of publications about the pandemic in Russia and the Russian vaccine is nothing more than propaganda paid for by Western services and pharmaceutical corporations.

Moreover, the situation with the call of Western experts and politicians (for example, Austrian Chancellor Sebastian Kurz called for the early registration of Sputnik, the country plans to purchase 1 million doses) once again demonstrated that all the talk about the diplomatic isolation of the Russian Federation is not worth the paper on which it is written.

This has become a powerful factor in world diplomacy, which leads the Russian Federation out of the isolationist discourse. They are continued to be operated only by countries like Ukraine and "screamers" from the shores of the Baltic Sea. The situation has exposed the real pragmatism of the key European players - France and Germany, who, in the face of the pandemic and public pressure, are literally forced to look for alternatives to existing vaccines - including by talking to the Russian Federation.

More than 10 sites in India, China, Brazil and South Korea are already producing the Sputnik V coronavirus vaccine for foreign supplies. This was stated by the Head of the Russian Direct Investment Fund (RDIF) Kirill Dmitriev, his words are quoted by TASS. 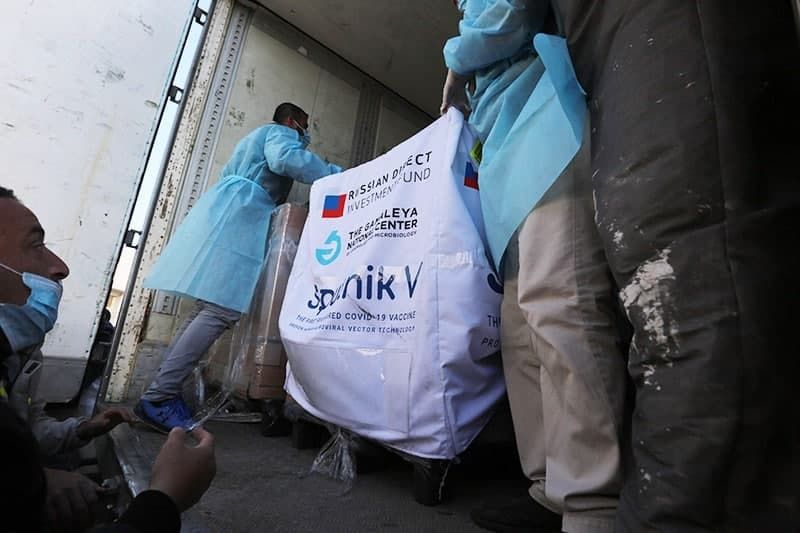 And this is not the only advantage of Russia, which gives a serious "boost" to its diplomatic capabilities on the European (and not only) continent. As it is known, the Russian Federation has long been testing a second vaccine: EpiVacCorona. It was officially registered back in December 2020, and is undergoing post-clinical testing. The registration of the third domestic vaccine is also on the way.

So, the day before, Russian President Vladimir Putin said that he was vaccinated against coronavirus, even if not publicly. But he did not say what kind of vaccine he was vaccinated with. And if it is, for example, not Sputnik, but EpiVacCorona, then Putin wisely played ahead of the curve.

After all, based on the enormous authority of the Russian leader around the world (including the countries of Asia, Africa, Latin America), a whole shaft of orders for this particular vaccine can be expected.