USA: the hunt for the Russians did not work out

The US military, captured in Ukraine, is making the States more accommodating in releasing Russian citizens from American prisons.

US President Joe Biden is ready to exchange Russian Viktor Bout for two Americans who have committed crimes in Russia and are now in our country. Thus, Biden supported the proposal of his own government to the Russian side, which was sent in June.

It became known only now - from CNN sources. By the way, the most Russophobic media in the world. So it is highly likely that this is really true - so CNN is in a hurry to issue an exclusive before its colleagues, despite the fact that this news is positive for the Russian media field.

What is behind the exchange offer - in the material of The Moscow Post.

Immediately to the point: the actions of the Russian army, as well as the corps of the LPR and DPR, which, during a special operation to protect Donbass, take American mercenaries prisoner, were more accommodating in matters of exchange of the United States.

And not just mercenaries: there are rumors (of course, no one will confirm them ahead of time) that several personnel soldiers surrendered, including instructors of the US army, who did not have the right to be in the combat zone.

American society is extremely dissatisfied with the policies of the Biden administration, which led to a sharp jump in inflation, especially fuel prices. Financial and military assistance from the White House to the Kyiv regime is criticized. And this is in the context of a real economic and social crisis and an impending political crisis.

The seeming unity in solidarity with Ukraine can crumble before our eyes. Only hatred of Russia remains common - but now American taxpayers have to pay too much for it.

If the general public in the States learns about the direct participation of the military personnel, it will instantly bury all the political prospects of the Democratic Party in the midterm elections to the House of Representatives and Senate, scheduled for November 2022. And the prospects are so ghostly.

"Therefore, the United States has to negotiate, and quickly, including in the most difficult cases like Booth," said the source of our publication in diplomatic circles.

Two mercenaries are officially known: 27-year-old Andy Tai Ngoc Hun from Alabama and his friend, 39-year-old Alexander Druke. In the DPR, they face the death penalty. But these are only mercenaries, and only officially. Unofficially, there were rumors that the US personnel military was detained - moreover, since the end of the siege of the famous Azovstal plant in Mariupol.

It is clear that allied forces would fully use possible detained Americans to finally rescue our compatriots from US American prisons. And not only, because exchanges are also made for our servicemen who were captured during the military-military organization to defend Donbass.

In exchange for Victor Booth, the American side asks two of its citizens at once: basketball player Britney Greiner, who was detained in Russia in February 2022 on charges of smuggling prohibited substances, and Paul Whelan, who was sentenced to 16 years in a maximum security colony for espionage on the territory of the Russian Federation.

So far, there have been no comments from the Russian Foreign Ministry on the US proposal. However, earlier they repeatedly emphasized that they are consistently working to return home all citizens illegally convicted in the United States - including Viktor Bout. 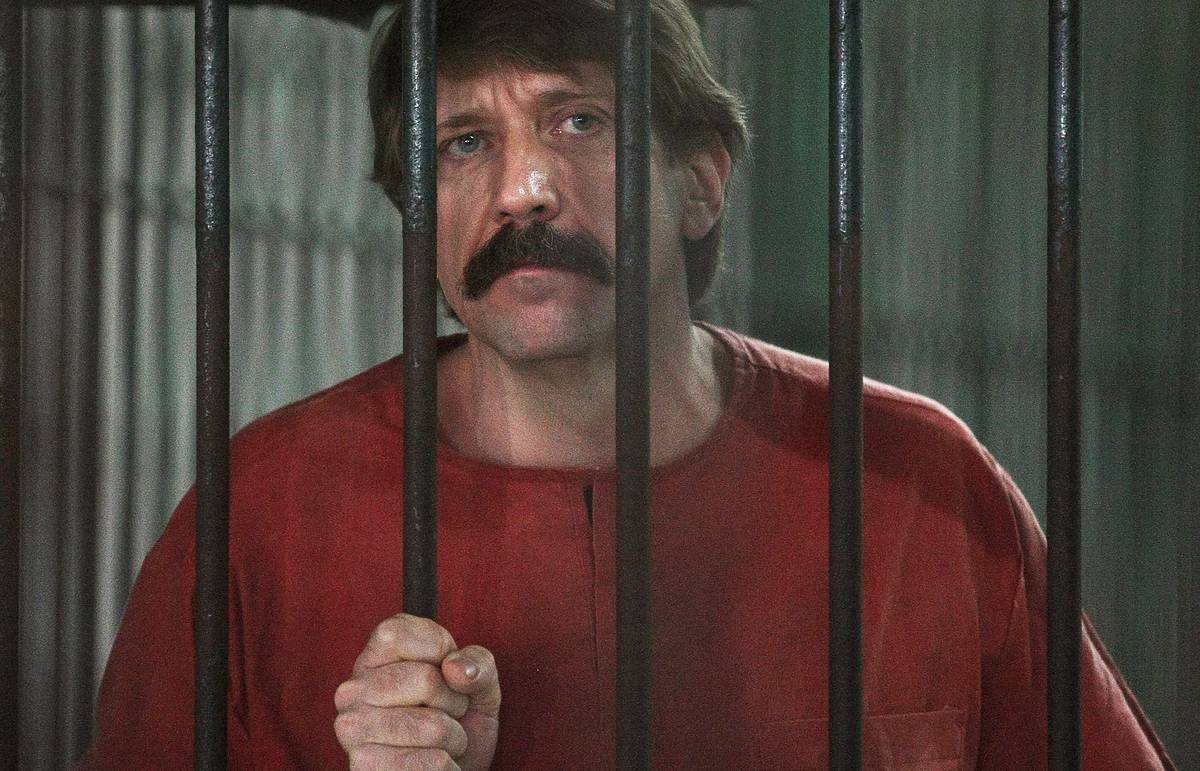 All these years, Victor Booth has not given up hope of returning home. Is this day really close? Photo: ERA/ITAR-TASS

The latter is one of several iconic prisoners of American Themis. Booth was tortured more than once, his release of which for many years was sought by the Russian side and relatives of the businessman.

The Russian was detained and arrested in Thailand back in 2008 at the American request. After - delivered to the United States. He was charged with arms trafficking - allegedly, he was going to sell weapons to one of the organizations, which Washington considers terrorist.

At the same time, in Thailand, Mr. Booth won two trials to ban extradition, but the pressure of the States was too great, and as a result, the Thai authorities issued it to the Americans.

In 2010, Booth was extradited to the United States, in 2011 he received a term of 25 years in prison. The fact that this sentence is extremely doubtful - even American lawyers said. They said, realizing that they would be obstructed.

After that, Booth repeatedly drew attention to illegal actions against him in an American prison. For more than 10 years they tried to break him, as he told Tsargrad. The fact that Victor is systematically pressured was also said by his family.

All these years, the United States categorically refused to change Viktor Bout to US citizens convicted in the Russian Federation for various crimes. Moreover, they pursued Russian citizens of interest to them abroad.

In September last year, the Russian Foreign Ministry's Commissioner for Human Rights, Grigory Lukyantsev, said that the United States is conducting a large-scale hunt for Russians around the world, which, according to the official, began just with the arrest of Viktor Bout in 2008.

However, after the start of the SVO, the "hunter" turned into "game." The hunt did not work out... And already the United States is forced to beg Russia to exchange so as not to get another "black swan" on the eve of the November vote.

Earlier, the Americans did not want to change Booth to any, despite the fact that the evidence of his guilt is extremely dubious. As in the case of Booth, in others, the US authorities acted with other people's hands so that the person fell into the hands of law enforcement officers in the host country. And then they demanded his extradition.

This is an element of pressure on other countries and maintaining their own secrets that the general public has not come to know. Such "transparency" is American. The latest high-profile case in the row was the extradition of Julian Assange from the UK to the US, where he faces life in prison.

Recall that the Australian journalist Assange was guilty of publishing top-secret materials about spy scandals, corruption in the highest echelons of US power, as well as American war crimes. The Washington authorities simply could not forgive him.

We do not abandon our own

In addition to Victor Booth, there were and still remain many of our citizens in the dungeons of the United States, against whom dubious, low-level accusations were brought, and whom the American government refused to change in the bud. Yes, there were other cases, such as the return from the American prison of Maria Butina, or the real agent of the Russian intelligence Anna Chapman.

But it happened on February 24, 2022, Russia launched a special military operation to protect Donbass. And then things got off the ground.

Suddenly, after many years of imprisonment and torture in the States, the Russian pilot Konstantin Yaroshenko was returned to his homeland. He was serving a 20-year sentence allegedly for smuggling illegal substances. As he himself and his family have repeatedly emphasized, and as The Moscow Post reported back in 2011, Mr. Yaroshenko was tortured. 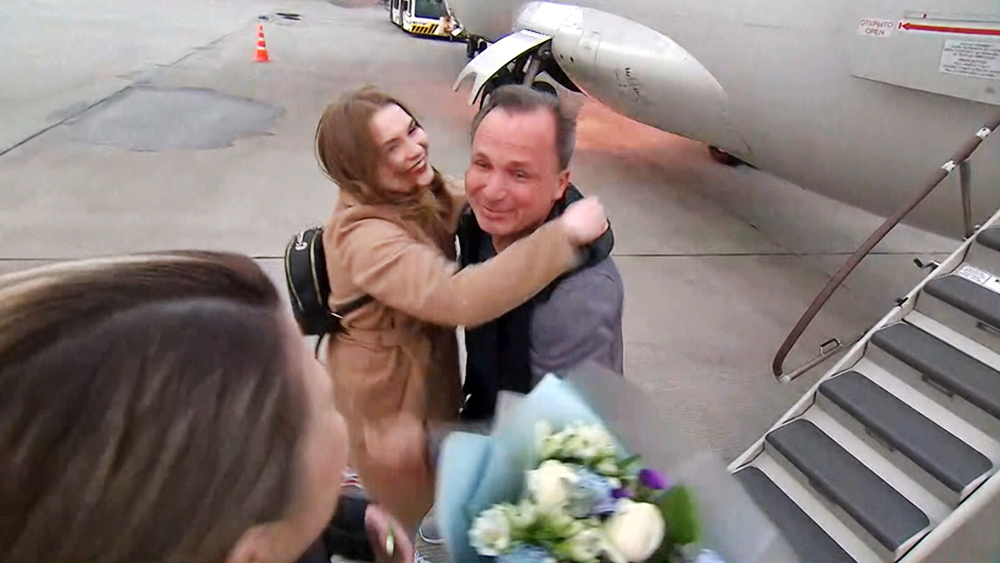 "He (Yaroshenko - ed.) Was beaten in Liberia during detention, and then beaten on the plane when he refused to sign documents when crossing the US border. They took him to the toilet and beat him. After that, he signed, he could no longer endure, "the wife of the Russian pilot Victoria Yaroshenko told reporters.

Viktor Bout was also tortured, his family and himself repeatedly spoke about this. They created unbearable conditions for him, did not allow him to sleep, arranged cross-border interrogations. Actually, almost everything is the same as the Americans did with their other prisoners in prisons around the world, including secret ones. Including, the infamous prison in Guantanamo.

Let's repeat, the information about the upcoming exchange of Viktor Bout in the Russian Foreign Ministry and other departments has not yet been confirmed. It is right - such things love silence. However, if this is true, then the trend will only grow. Perhaps one of the last fields for at least some kind of cooperation in the conditions of complete degradation of US-Russian relations.