US and Iran: The bifurcation of duplicity

The American establishment wants to punish Iran for its independent position and cooperation with Russia, but again drives itself into a trap, even more strongly pushing for a military-political alliance between our countries.

Today, former national security aide to former US President Donald Trump John Bolton made a statement that many on both sides of the Atlantic Ocean for some reason did not notice. He said that most US congressmen oppose the restoration of the Joint Comprehensive Plan of Action (JCPOA) on the Iranian nuclear program.

What is behind this and what is the factor of Russia here - in the material of the correspondent of The Moscow Post.

The majority in Congress is now with the Democrats. And all the more remarkable are the words of Republican Bolton, which suggest a certain consensus of both parties within the American parliament. At the same time, very soon, in less than three months, there will be new midterm elections to Congress, where the Democratic Party is at great risk of losing its majority.

The policies of the current Joe Biden administration are rejecting most Americans. According to the latest polls, support for the work of the head of the White House ranges between 38% and 40%. At the same time, only 16-26% of Americans believe that the country is moving in the right direction.

At the same time, Mr. Biden himself, like his former chief Barack Obama, once advocated the development of the JCPOA document. And after that it was Donald Trump, that is, the former chief of Bolton, who withdrew from the nuclear deal with Iran. Such is the "consistent policy" of the American government.

Meanwhile, experts argue, Bolton's words are a real marker of the real attitude of the US establishment to the conversation about the nuclear deal. The watershed here is not only the fact that it was precisely the fault of the United States that the nuclear deal was thwarted, but also the factor of Russia.

In the States, they are afraid of the rapprochement of the Russian Federation and Iran, especially in the military-political sphere, and understand that the strategy of stick and carrot no longer works. Iran has long been accustomed to the "whip" and is not afraid of it, and the JCPOA no longer works as a "carrot" - the geopolitical situation in the world has seriously changed.

John Bolton, despite the fact that he is no longer an assistant to the head of the United States, is one of the brightest and most respected representatives of the American elite, representing, first of all, the interests of the military-industrial complex. He never says anything just like that. And he, according to some reports, is still involved in the development of plans for the coup d'etat of US unfriendly regimes around the world.

By the way, quite recently he (who had previously denied this) himself made a "cuming-out": he admitted to planning coups abroad.

According to Bolton, the ex-president of the United States is not competent enough to plan a coup d'etat well. He admitted that he did this in other countries and recalled the failure of the opposition in Venezuela. Bolton's words are quoted by RBC.

The Russian Foreign Ministry immediately reacted to this statement. According to the official representative of the department, Maria Zakharova, the revelations of Mr. Bolton require an immediate reaction and analysis. She noted that earlier American politicians did not admit to direct participation in the preparation of color revolutions. Although, we add from ourselves, this is a long time ago the secret of Polishinel - more than one decade.

Union Russia Iran: what the West is afraid of

It is quite obvious that the United States dreams of changing the political regime in Iran, and better - the creation of managed chaos in this country. But in the current situation, this looks impossible, the sanctions policy has failed, and the creation of a fifth column within this state and the bet on it has no prospects.

The relevance of the topic of deterrence and punishment of Iran has multiplied after the start of Russia's special military operation to protect Donbass. Experts agree that in the conditions of tremendous pressure on the Russian Federation and the actual refusal of Western countries from almost any form of cooperation, a possible military-political alliance with Iran is not only extremely dangerous for the Western world, but also very, very likely.

More recently, Russian President Vladimir Putin paid a visit to Iran as part of a meeting of the heads of state - guarantors of the Astana process of promoting the Syrian settlement. Almost all Western media are literally filled with indignation and warnings - Russia and Iran are deepening their cooperation.

Particular concerns were raised by rumors that Russia could purchase a series of combat unmanned aerial vehicles from Iran in order to use them to defend Donbass during the SVO. There is no official confirmation of this, but such things are often decided behind closed doors from ill-wishers. Be that as it may, the rapprochement between Russia and Iran is indeed happening.

Turkey also fears this. But, unlike the United States, it is now not so openly and fiercely opposed to its old rival in the region. Again, Turkish President Recep Tayyip Erdogan understands that the policy of pressure on Tehran, including power, did not justify itself. We will have to negotiate, especially in the same Syria, where Russia, Iran, and Turkey have great interests.

The intensification of the efforts of our former Western partners to rock Iran is noticeable against the background of a jump in tensions between Iran and Western countries (primarily the United States and Britain) in recent years. We are silent about Israel - both states openly declare their desire to destroy each other in order to ensure their own security.

Bolton's hawk words came after the US Department of Justice accused a member of the Islamic Revolutionary Guard Corps (IRGC, elite parts of the Iranian Armed Forces) in absentia of preparing an assassination attempt on Bolton. In addition, the politician said that the Iranian authorities were planning assassination attempts on "a number of former and current US officials". 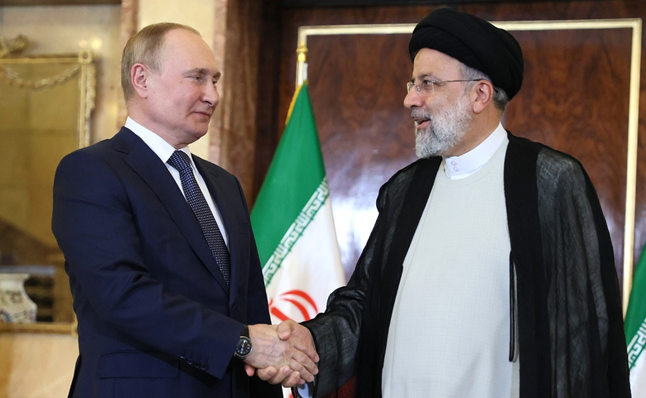 According to the US competent authorities, 45-year-old Tehran resident Shahram Pursafi tried to organize the murder of Bolton from October 2021. Writes about this TASS. It is impossible not to condemn such methods, but it is impossible to count the number of political killings carried out by the United States itself, or by the same Israel against Iran with the full support of the White House.

Meanwhile, a critical moment is approaching in the negotiation process to reopen the Iran nuclear deal. On August 9, it became known that the negotiators left Vienna after the EU, based on consultations with the American and Iranian delegations, presented a compromise version of the document on the restoration of the Joint Comprehensive Plan of Action (JCPOA).

Now the decision, whether to be a deal or not, must be made by politicians in capitals, primarily in Washington and Tehran. The United States seems to have announced its readiness to quickly sign European proposals. But Bolton's recent statements say things are far from as clear-cut. If the majority of members of Congress are categorically against the resumption of the deal, the alleged readiness of the United States to sign may be part of a strategy to delay this process - a banal "oblivion" for the period of development of a new strategy for interaction with Tehran.

At the same time, there were no special promises from the Iranian side to support European proposals. The EU emphasizes that during the last round of negotiations in Vienna, everything possible was done and there simply cannot be other options.

It seems that trying to sit on two chairs, acting by the method of stick and carrot, intimidation, sanctions, and, at the same time creating some ghostly prospects for the normalization of relations, the United States once again led a significant part of the Western world to a diplomatic impasse. Such is the bifurcation of Washington's already two-faced politics. And if so, that cooperation between Russia and Iran will only strengthen.