Until the "corridor" closed

A new nuclear deal with Iran is stalling, Biden is not "selling" it to the American establishment, but there are no alternatives to the JCPOA and there are no foreseeable. Does the Middle East smell like war again?

According to the correspondent of The Moscow Post, the other day in Vienna another round of negotiations on a nuclear deal with Iran took place. More precisely, on the adoption and implementation of the JCPOA - the Joint Comprehensive Action Plan on the Iranian Nuclear Program. And on the eve of the discussion of a new round of negotiations in the United Nations Security Council.

Negotiations on a new nuclear deal with Iran are close to complete collapse. This is indicated by both our and Western experts.

Everyone argues in one voice that the past round of negotiations in Vienna was meaningless, the format is outdated. All this resembles ordinary talking, the main result of which is that the parties gathered and talked. We agreed to negotiate. As a result, negotiations can be completely disrupted, as not leading to a result. This could threaten a new war in the Middle East.

There is no alternative

And even in this context, from representatives of a number of Western states in the UN Security Council, there are calls to almost abandon negotiations at all. We hear hints, and somewhere distinct theses, that the format of the JCPOA is hopelessly outdated. Such conversations carry serious risks - at least because there are no alternatives in the current situation.

Russia considers dangerous and irresponsible attempts to present the JCPOA as outdated, said Dmitry Polyansky, First Deputy Permanent Representative of the Russian Federation to the UN, at a meeting of the UN Security Council. His words are quoted by TASS.

The diplomat voiced the position of our country that the transaction contains a carefully verified balance of interests and should be carried out in the form in which it was approved by the UN Security Council in 2015, without exceptions and additions.

In addition, the Russian delegation cannot agree with the opinion that the deal is losing relevance due to the fact that the Vienna process is not going quickly enough. Polyansky emphasized that there is simply no alternative to the JCPOA at the moment.

Recall that the nuclear deal, which essentially deprives Iran of the opportunity to develop its own nuclear program in exchange for lifting economic sanctions, was concluded between Washington and Tehran in 2015 under the Barack Obama administration. The next head of the White House, Donald Trump, withdrew the United States from this agreement, and the new president, Joe Biden, initiated a return to negotiations.

"Let's be objective and not forget that the root cause of all current problems is precisely in the US line, and not in Iran," said Polyansky, speaking at a meeting of the UN Security Council.

That is, it is obvious that Washington was the initiator of the breakdown of the nuclear deal. Domestic political upheavals, the struggle of Democrats and Republicans, Trump and Biden - we will leave the States themselves. The amount does not change from changing the places of the terms.

And Biden is really making an effort to get the deal back. But the effort is weak, ineffective, because Biden's main focus is shifted to the problem of China and attempts to achieve some kind of political balance with Russia, despite the opposition of the political establishment of the States.

Nevertheless, the topic of Iran became one of the key in the conversation between Vladimir Putin and Joseph Biden via video link a week ago.

The wording on the website of the President of the Russian Federation is as follows: the state of affairs around the Joint Comprehensive Action Plan on the Iranian Nuclear Program is considered. The President of Russia noted the importance of its full implementation in the initially agreed framework.

Then the leaders expressed the hope that the negotiations on this issue, which resumed at the end of November in Vienna, will be held in a constructive manner and will make it possible to reach solutions acceptable to all participants. But it doesn't seem to have happened.

And experts call pressure on Iran and other negotiators a possible reason. At the last meeting of the Security Council, Russia urged countries not to put pressure on the progress of negotiations on the restoration of the JCPOA on the Iranian nuclear program. The process underway in Vienna is called normal and diplomatic, it should not be tried to spur.

At the same time, some negotiators are under pressure. The same Biden team is forced to listen to sharp criticism of its actions against Iran - up to calls for a military strike on the country along with Israel. Biden can be reproached in many ways, but he will definitely not allow such impulsive and absolutely unacceptable actions.

Negotiations have already been suspended several times. Before the extreme round there was a stage that began on November 29. But already on December 3, it was suspended, and due to the fault of European negotiators. Then they returned to their countries for additional consultations. The new phase was held on December 9, at which the Islamic Republic submitted to the parties a draft agreement on the resumption of the nuclear deal in the form of two documents on the lifting of US sanctions and issues on the nuclear program.

And here there is another important point that negotiators from the USA and Europe for some reason miss. After all, Iran itself can refuse negotiations. The deal fell apart not through his fault, it did not work out to isolate the country with economic sanctions, and now the main patron of Israel, Washington, has weakened and is busy with completely different things.

This is superimposed on terrorist attacks committed against representatives of the Iranian nuclear program. The real shock could be the murder of the leading nuclear physicist Fohsen Fahrizade, destroyed with a robotic machine gun. Mossad's possible involvement in this has been talked about for a long time. But none of the Western states even led an eyebrow. What sanctions are there? Sanctions are for "bad" countries.

Iran may abandon the nuclear deal, and the United States is in a hurry to prevent this - albeit even by changing the format of the JCPOA. After the monstrous defeat in Afghanistan, a new failure in Iran could cost Biden the presidency. 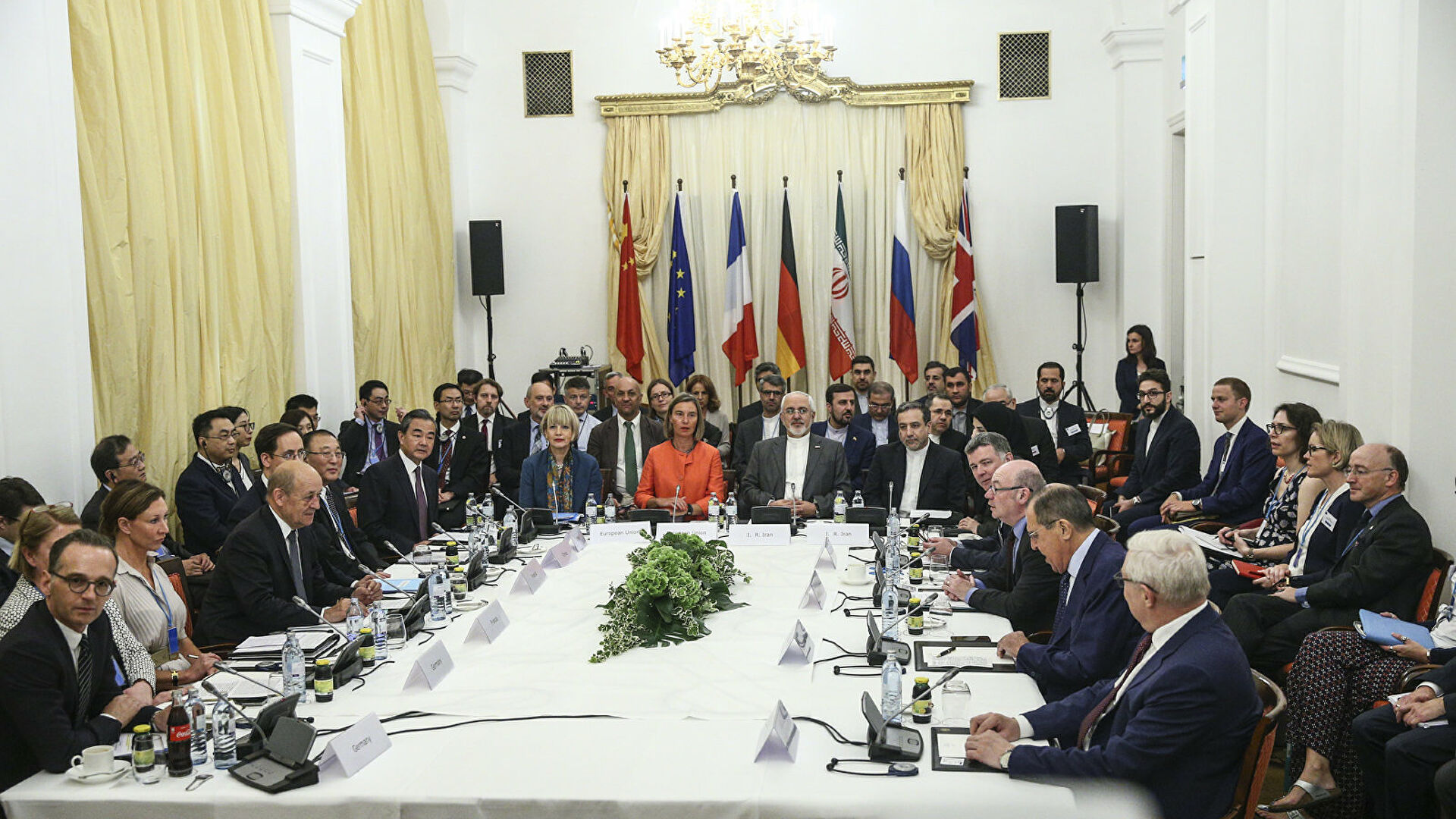 The negotiations in Vienna did not bring results, but to abandon this format - to push Israel and the United States to a military operation against Iran?

At the same time, a new nuclear deal with Iran could be part of broader agreements with the Russian Federation - in the context of rumors about a new Big Deal and Putin's intention to seek guarantees about NATO's non-expansion to the East. The corridor of opportunities is narrow, but it is, this was confirmed by the recent conversation between the two Presidents. And this must be used by both sides - until the corridor closes.