The "secret army" of the United States may be involved in the explosions in Vrbetica. The goal is to provoke a political and diplomatic scandal between Russia and Europe, and remove Rosatom from the tender for the construction of nuclear power plants in Dukovany.

According to the correspondent of The Moscow Post, the secret US army may be involved in explosions at an ammunition depot in Czech Vrbetice in 2014. Such information came from several sources at once amid the release of a large-scale investigation of American journalists by Newsweek magazine, published this week.

It is not yet possible to verify the reliability of this information 100%, but the version of the provocation, which at the right time was hung on the Russian side, has been expressed for a long time. Meanwhile, it was informal formations that could be involved in the operation, fulfilling the delicate instructions of the United States, and not the special services themselves.

Meanwhile, if this information is confirmed, the question remains whether the Czech side knew about this operation. There is a probability of this, because the stuffing about the "ghostly GRushnikov" Ruslan Boshirov and Alexander Petrov is very reminiscent of a purposeful action tailored to time and circumstances. In addition, the propaganda company, instantly deployed in the Western media, was synchronous.

This could explain the confusion of Czech officials regarding different versions of what happened: apparently, a number of officials were not put in the context of what was happening. First of all, President Milos Zeman.

On the other hand, the Prime Minister of the Republic Andrei Babis, who acted as the main locomotive of Russia's accusations, has a serious vulnerability: he is considered involved in corruption during the privatization of Czech enterprises in the 90s, and also later, when receiving state subsidies for the business of the Babis family (one of the richest families not only in the Czech Republic, but throughout the European Union, we are called "oligarchs"). Putting pressure on Babisha in this context from the American "partners" is very simple.

However, local authorities might not be aware of the actions of the American side. The United States is known for its respectful attitude towards allies. What is worth only wiretapping German officials, in particular, Chancellor Angela Merkel in 2015. This was written by RIA Novosti. In this case, they could be slipped by the "facts," also pressing for their publication to the general public. The fact that it will be a shot in the foot from the Czech Republic is probably left behind the brackets.

Czech Republic - it will not come back

Recall that the political and diplomatic scandal with the explosions in Vrbetice, initiated by the Czech government, erupted at the end of April 2021. Today it not only does not abate, but also tends to escalate. The Czech Republic accused the Russian special services of involvement in the explosions, which killed two people, ammunition was destroyed. The "profile press" immediately began to "stigmatize" the Russian Federation for "state terrorism" - despite the fact that even the slightest evidence of the Russian Federation's involvement in this event has not yet been presented.

Not to mention specific facts regarding the "mythical" Petrov and Boshirov. Indeed, according to the logic of the ill-wishers of the Russian Federation, the Russian special services have no agents other than these. They are in Salisbury, then in the Czech Republic, and now in Bulgaria they could light up. And few of the propaganda-ridden residents of Europe are generally wondering - and where is the evidence that these two have at least something to do with Russian intelligence?

What could be the motive of the Russian side also remains a mystery. Subsequently, it turned out that the exploding warehouse had nothing to do with the Czech army: there were weapons of the Bulgarian merchant Emilian Gebrev (many consider his smugglers), which could be intended for Ukrainian radical Nazi paramilitary groups, "Dobrobats."

According to a number of experts, the appearance of a stuffing about "Russian fuses" could be caused by the desire to eliminate Rosatom from participating in the tender for the construction of the fourth NPP unit in Czech Dukovans worth about 5 billion euros. Which, in fact, was done instantly: now participants from France, South Korea and the United States will compete for a row. It is the latter that is now a favorite. RBC wrote about the situation.

In parallel with this, more prosaic versions were published, the last of which - the explosion could be an attempt to hide the theft of ammunition in the warehouse. The banal situation, which has a direct analogue - explosions of Ukrainian warehouses in Balakley from 2014 to 2018. Of course, even before any investigations were carried out, the Russian side was immediately accused of explosions. 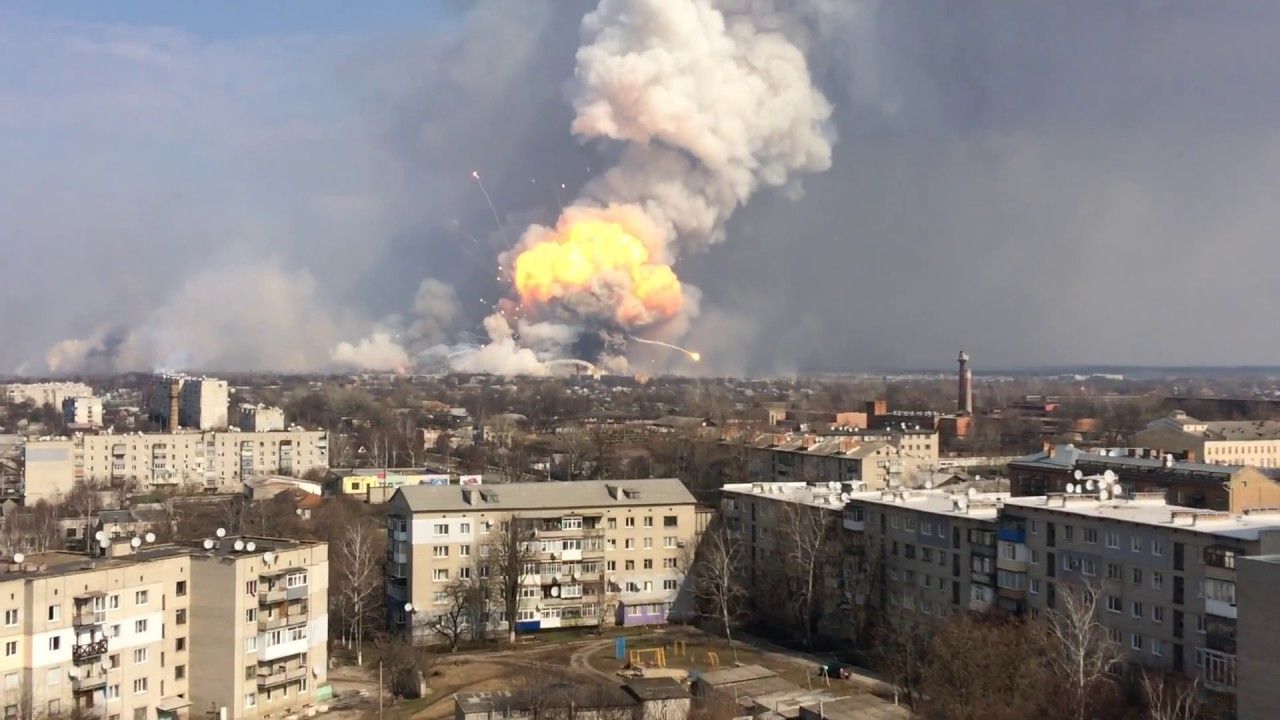 Explosions in the Ukrainian Balaklei - one in one with the situation in Vrbetitsa. And they took place in the same time period - since 2014

Then the thesis accelerated, allegedly a bomb was dropped from a drone that flew from the Russian-Ukrainian border. Ukrainian officials denounced the Russian side as much as they could. And only then that the truth subsequently surfaced - an examination showed that there really was an explosive device. Only it was dug into the ground on the territory of the warehouse itself, and earlier a large-scale shortage of ammunition could be found on it. About the situation writes the publication Ukraine.ru.

According to some reports, the explosions could be authorized by ex-President of Ukraine Petro Poroshenko to hide the facts of theft, as well as with a specific political and diplomatic exhaust: look, Russia does not allow us to live calmly! Another reason to shake fists in the Council of Europe, which did not end in anything but a drop in Poroshenko's rating inside Ukraine itself.

Now the Czech Republic sings the same "song." This country is already included in the Russian list of unfriendly states, 20 of its diplomats were expelled from the Russian Federation. In this case, was it worth it to bend under the Americans?

As for the investigation into the secret US Army, this is the fruit of the painstaking work of the journalistic community for two years. The investigation was published in one of the most popular social and political magazines in the States, and not only, Newsweek. It is available on the website of the publication.

Journalists analyzed thousands of vacancies and other data, and found out that in parallel to official state structures, the United States around the world has a huge network of organizations disguised as media, commercial companies, and public structures. And also PMCs. The total number is about 60 thousand people. Financing their activities is almost $1 billion a year. They carry out both dirty work and the delicate instructions of the American government - those that the special services themselves do not want to "worry about."

Among other things, there is a network of cyber units that conduct intelligence, propaganda, carry out hacker attacks, including large-scale interventions in Internet resources, the work of which annoys the American authorities. An ideal opportunity for provocations and shifting from a sick head to a healthy one. And are they not behind the "attacks of Russian hackers" on the infrastructure of the States themselves, against the background of which they tried to impose new sanctions against the Russian Federation?

It should be noted that there is nothing unusual about the existence of such a secret army. Such structures are highly likely to have all major States that care about the interests of their national security. 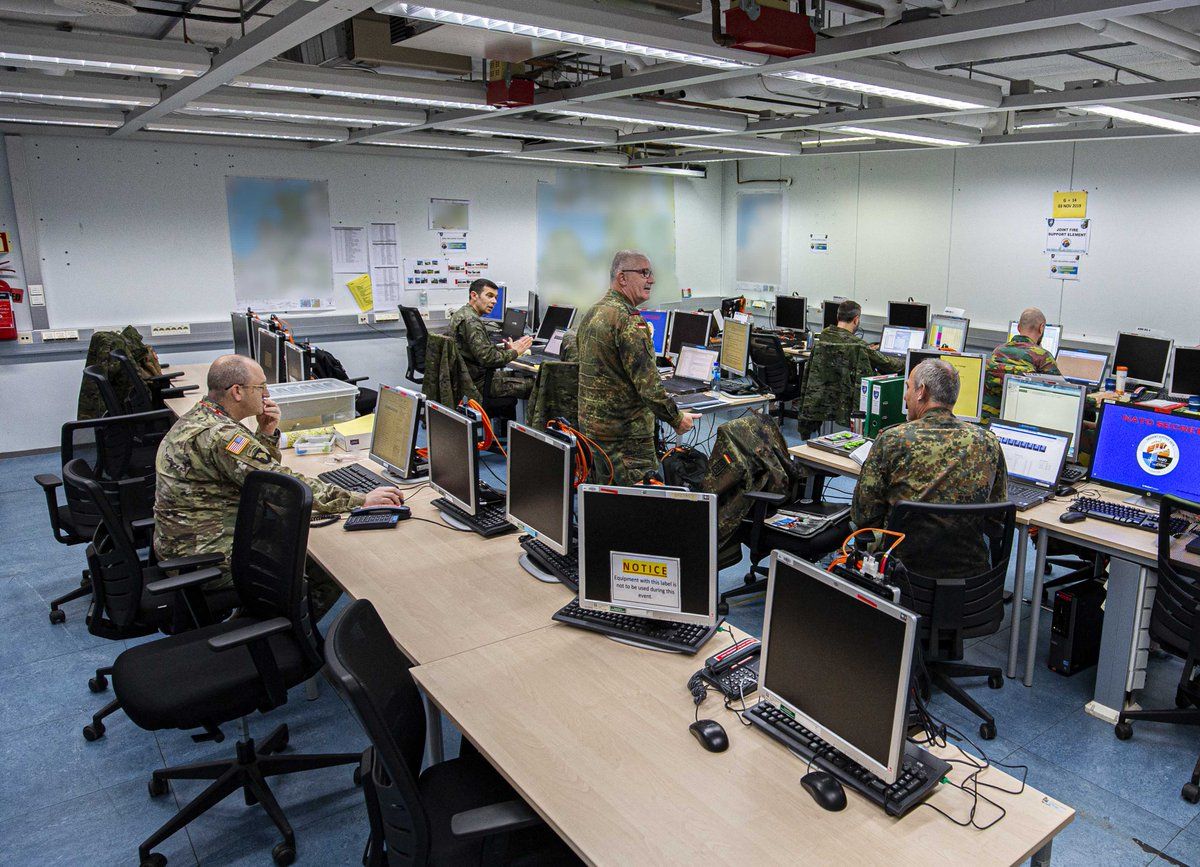 But not all states use this resource so axed and cynical, where the allied countries act as cannon meat: their interests can be easily sacrificed to please the political situation. Did this not happen if we take as a basis the version of the removal of Rosatom from participation in the tender for the construction of nuclear power plants in Dukovany?

This practice will necessarily continue. What else our American opponents can get to - the undermining of gas pipelines, the sloping of trains, contract killings, as could be the case with the Skripals family - can only guess. One thing is clear: this must be countered, and countered harshly. The Czech government, it seems, is no longer happy that it brewed this porridge, and Andrei Babis can be dismissed at all amid allegations of corruption. Was it worth it? Hardly.