Uncle Sam on a kernel pecks

The hypocritical position of the USA on export of grain from Ukraine is caused by exclusively own interests - that will be with Ukrainians and food prices in Ukraine in the fall, interests nobody.

As the correspondent of The Moscow Post reports, in anticipation of world food crisis passions around a subject of export of the Ukrainian grain continue to be tensed. In the West the steady opinion is created that Russia tries to cast the world into hungry revolts for what blocks the Ukrainian ports in Odessa and Nikolaev, without allowing to take out a grain yield.

But the impossibility to bring grain out of Odessa is caused not by a position of Russia, and the fact that the water area of the city is mined by the Ukrainian military. That is vessels can't physically leave with grain. And the speed of the western allies of Kiev risks to leave it both without grain, and without money for his purchase.

Kiev claims that as a result of "blocking" of ports by Russia on the Black Sea Ukraine can't send for export 22 million tons grain.

The difficult situation, in the fall in the world is expected serious deficiency of food. Experts emphasize - physical deficiency, but not just speculative increase in prices (including because of logistics).

By estimates of analysts of the Russian company Sovekon specializing in studying the agrarian markets, world reserves of wheat for the end of the current season-2021/22 (will end on June 30) has to last approximately for 19 weeks of consumption. It is written by Kommersant.

On this background of attempt of western "partners" to take out grain from Ukraine to the western countries for continuation of political support of Kiev look cynically. The parallel can be only one here - export grain from the territory of modern Ukraine the German aggressors during the Great Patriotic War.

Shifting from the sore head on healthy - tradition of our former western partners. But in this case provocation doesn't work well: Russia said that don't interfere with grain export. And the subject of any guarantees from the Russian side was tied to removal of sanctions against Russia.

Such position was stated by the Deputy Foreign Minister of the Russian Federation Andrei Rudenko in response to an appeal of the UN to open access to ports. The restrictions which are imposed on Russia prevent free trade including food products - including wheat and fertilizers.

The UN Secretary-General Antoniu Guterrish suggested to soften restrictions for supply of potash fertilizers from Russia and Belarus in exchange for the admission of vessels from the Ukrainian ports. So it turned out that this position coincided with opinion of the USA and the EU: food crisis doesn't bear it physical danger, but will inevitably affect social stability and will painfully strike the rating of the power.

We will remind that the rating of approval of actions of Joe Biden in the USA fluctuates around 30% now - the lowest indicator for democrats for several decades.

But the West has also other purposes: nobody cancelled attempt of discredit and a demonizing of Russia. The western countries deal doubly on a subject of an unblocking of the Ukrainian ports and export of grain, the Russian Deputy Foreign Minister Sergei Ryabkov said.

"Contacts continue. I am not sure that it is possible to speak about a multilateral format of discussion of these questions. But, you understand, for us, as they say, won't rust. Here a problem not in whether we are ready to deliver something or aren't ready. We just full readiness have in this plan - both food, and fertilizers, too scarce commodities in the modern world at a present stage, – they in availability", - quotes Ryabkov's words of RIA Novosti.

"As for Ukraine, we understand a double game which is played by our western opponents in a due measure too. If the Ukrainian authorities in the geopolitical purposes, in attempt to strengthen external influence to Russia don't do anything to save the respective water areas from mine danger – well, it is a question of their relation to the events and an issue of dialogue of the West with his clients in Kiev", - he concluded.

Unlike the vis-a-vis, Russia is much more consecutive in this question. And on all obstacles of ill-wishers continues to make constructive proposals on overcoming crisis with transportations. The speech not only about export of goods, but also about the foreign vessels blocked by the Ukrainian side in the ports of Odessa and Nikolaev.

In total 70 vessels from 16 countries were blocked. And still on May 26 Russia offered new routes for their exit from the ports of Odessa, Nikolaev, Chernomorsk, Kherson, Ochakov, Youzhny.

Returning to a position of the UN, just yesterday the UN Secretary-General Antoniu Guterrish reported about progress in negotiations on an unblocking of export of grain from Ukraine and also to easy access of the Russian food and fertilizers on the global markets. 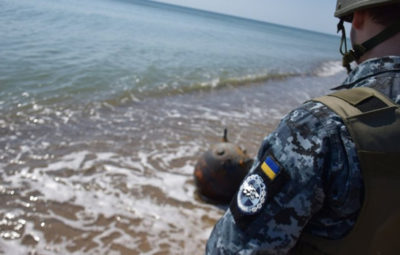 Ukrainian mine on the Odessa coast. Photo: itnet.com.ua

The role of Turkey, which also has its own interests, is also immediately interesting. Turkey has been included by the UN in a potential negotiating contact group. It is Turkey, under the leadership of Erdogan, together with the UN, that is assigned the role of mediator in resolving this situation.

The Turkish president himself deftly plays on contradictions in NATO and the EU, pursuing his interests. Against the background of the supply of "bayraktars" to Ukraine, he does not seem to be a reliable ally - but he at least plays an independent game, and does not act on a pointer from Washington.

So for all the rhetoric, there is a movement forward. According to rumors, some mutual understanding took shape during a recent trilateral telephone conversation between Vladimir Putin, French President Emmanuel Macron and German Chancellor Olaf Scholz. As if Europe and the United States could agree to some "relaxation" in the supply of weapons to Kyiv in return for "assistance" to the Russian Federation in the export of Ukrainian grain.

The reason why European leaders are "pedaling" the topic is clear. Possible famine in Africa and the Middle East will provoke a new wave of refugees in the EU. Moreover, many will go through the same Turkey, which is already literally bursting with an influx of refugees fleeing war and adversity.

The day before, it became known about a new package of military assistance to the United States and other Western countries in Ukraine, which included the supply of long-range MLRS HIMARS and MLRS. It is reported that the range of the new Ukrainian weapon is up to 500 km, that is, it can reach large Russian cities.

At the same time, Ukraine was supplied with missiles with a range of only 70-80 km, that is, the United States fears that attacks on Russian cities by American systems could provoke US involvement in the conflict. 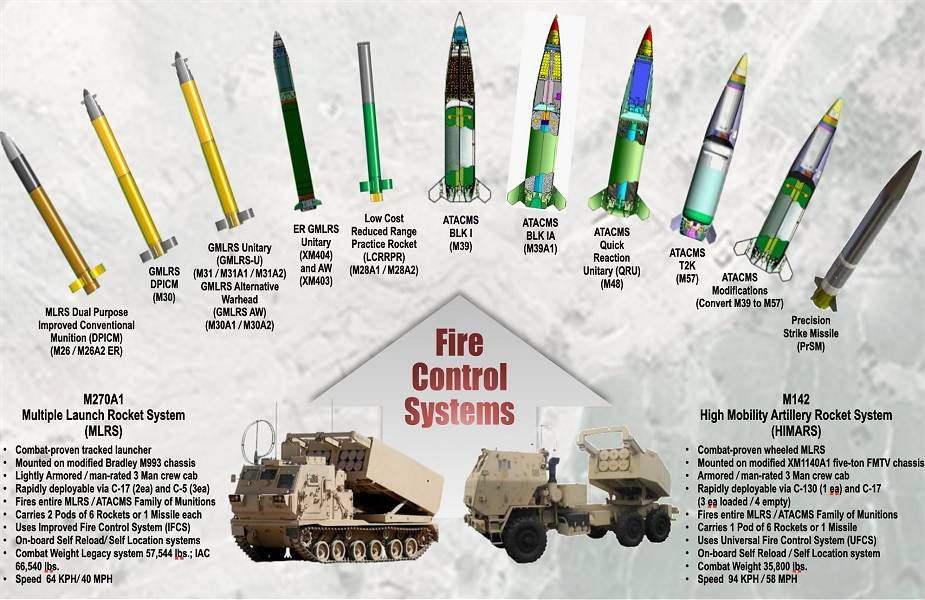 Will the West supply Ukraine with new MLRS, but prohibit shooting at Russian cities? I believe in it weakly. Photo: open sources

According to evil tongues, the refusal to supply long-range missiles is allegedly connected with some behind-the-scenes agreements with the Russian Federation on the export of Ukrainian grain from ports. At the same time, Ukrainian President Volodymyr Zelenskyy said that the Ukrainian army does not intend to shoot at Russian cities. As expected, these statements are not believed in Russia.

The States have a surprisingly hypocritical position - to pump Ukraine with money and weapons, and then pretend that you are afraid that weapons can be used against Russia. Impose many sanctions on Russia, but then make concessions where it is beneficial to the States. Yes, and Europe - let's recall the same sanctions packages that did not completely prohibit the export of oil and gas. Otherwise, European economies may bend.

In the red, as is clear, only one Ukraine. However, her distraught Comprador elite is only happy about the export of grain from the country for political and military support. After all, they will not starve, in which case.