The new president of Moldova, Maya Sandu, put the country on the brink of a constitutional crisis and complete political collapse. The confrontation risks spilling onto the streets and continuing with blood.

According to the correspondent of The Moscow Post, the protracted political crisis in Moldova risks taking on the nature of the constitutional and literally paralyzes political life in the country. It began immediately after the presidential election, when the right-wing parties and personally President Maya Sandu in an ultimatum form demanded the resignation of the government of Prime Minister Kiku, in every way abandoning responsible dialogue and blocking attempts by the parliamentary majority to appoint a new government.

At this time, the pro-presidential party Sandu PAS (Action and Solidarity) tried to gather an illegal rally under the walls of the Constitutional Court, urging everyone to "defend" it, but it rained in Chisinau and no more than twenty people wanted to pomiting.

After that, Moldovan President Maya Sandu urgently convened a meeting of the Supreme Security Council, at which she announced "an attempt to undermine the constitutional system." The essence of the undermining: the majority in parliament, which belongs to the socialists loyal to ex-president Dodon, refused to dance to Sanda and appoint her government, and the attempt to "break" Dodon and his people through the knee, causing a split in the ranks of his supporters failed.

The interim result is that all political life in Moldova was suspended. It is still not clear who and what decisions will be implemented, whether there will be new elections. Formally, permission to dissolve the parliament Sandu must act. But everyone understands that such a step is a step of despair and powerlessness. And Sandu's political strength, marked for six months only by scandals and attempts to usurp power, will take first place in these elections.

And then the European Union appears as a "trait from a snuff box." The head of the EU delegation in Moldova, Peter Mikhalko, believes that "by attacking the Constitutional Court, the parliament violated the principle of the rule of law" - the basis of an association agreement with the EU.

He called the attack on the Constitutional Court precisely the appointment by parliament of judges objectionable to Sandu. Which, according to Mikhalko, apparently should have been like dummies, spitting on Sandu's lack of a majority in parliament to "strengthen" the appointment of a prime minister loyal to her?

Mr. Mikhalko goes further - he believes that the next elections should be held according to other rules. Look at this, his words are quoted by Eurasian Daily.

"The parliamentary elections of 2019 were held in the conditions of the captured state, and the situation in parliament is a consequence of the then system. The mixed voting system was used for political control over state institutions. That is why new elections should express the will of people, and for this it is necessary that the elections be free and transparent. "

Who exactly and how the state was captured is resolutely incomprehensible. Probably, the politician has in mind President Igor Dodon, chosen in the general free and democratic elections. As well as his political strength - socialists with a majority in parliament. They also received it as a result of the election. But, it turns out, the country was captured.

Cynicism has no limit. Of course, the main "daddy" of the Moldovan pro-Romanian opposition, represented by Maya Sandu, is the United States. They do not intend to stand aside. The State Department has already announced an "encroachment on democracy" in Moldova - it is about the recall of Constitutional Court judge Dominica Manole. About this writes Regnum.

What is the "infringement" if the withdrawal was carried out in accordance with all procedures? The socialists simply had enough votes for this, that's all. And the "encroachment" is that "democratic" only those procedures that lead to the desired result for Americans. Everything else is the usurpation of power and pro-Russian propaganda.

And here for Maya Sandu and her Romanian "fanclub" a big problem has grown. Having won not without the help of the United States (but still in the elections, and not through a coup, as happened in Ukraine), Sandu was left alone with the real situation in the country. And very quickly it became clear that the majority in the country did not accept its policy of creeping "Romanization." And the question of Russian troops in Transnistria is a cornerstone that can lead almost to an armed civilian confrontation. And, again, an example of Ukraine right under the side.

And everything would be normal if Sandu was ready for compromises. Specifically in the formation of a new government, the basis of which was to be the majority of socialists in parliament. But compromises for the "democratic" Sandu and her curators are a manifestation of weakness. It's democracy. Therefore, parliament began to break through the knee, and when it did not work out, they provoked a constitutional crisis and are now preparing for dissolution.

Why didn't Sandu do it yet? Yes, because this is a direct attempt to usurp power - people will take to the streets. And not as at the last illegal rally about the judges of the Constitutional Court at the parliament, where "one and a half disabled people" came out to support Sanda. This will be a real surge of popular discontent.

There are no good exits left?

So why even go to the presidency - to make a second Ukraine from Moldova - beggar, conflict, completely independent? These are already details - the main thing was to throw down Dodon and provide the country with an anti-Russian course. But the latter did not ask, the positions of those who advocate normal relations with the Russian Federation are too strong. But then, it seems, the support of the States is over.

America is now experiencing huge domestic problems, plus confrontations with Russia and China, Iran's nuclear problem, coronavirus, and tensions with some European allies.

They didn't get to Sandu, but she herself does not represent anything. Unable to break political contradictions, she looks to the American embassy, but there is only rhetorical support. 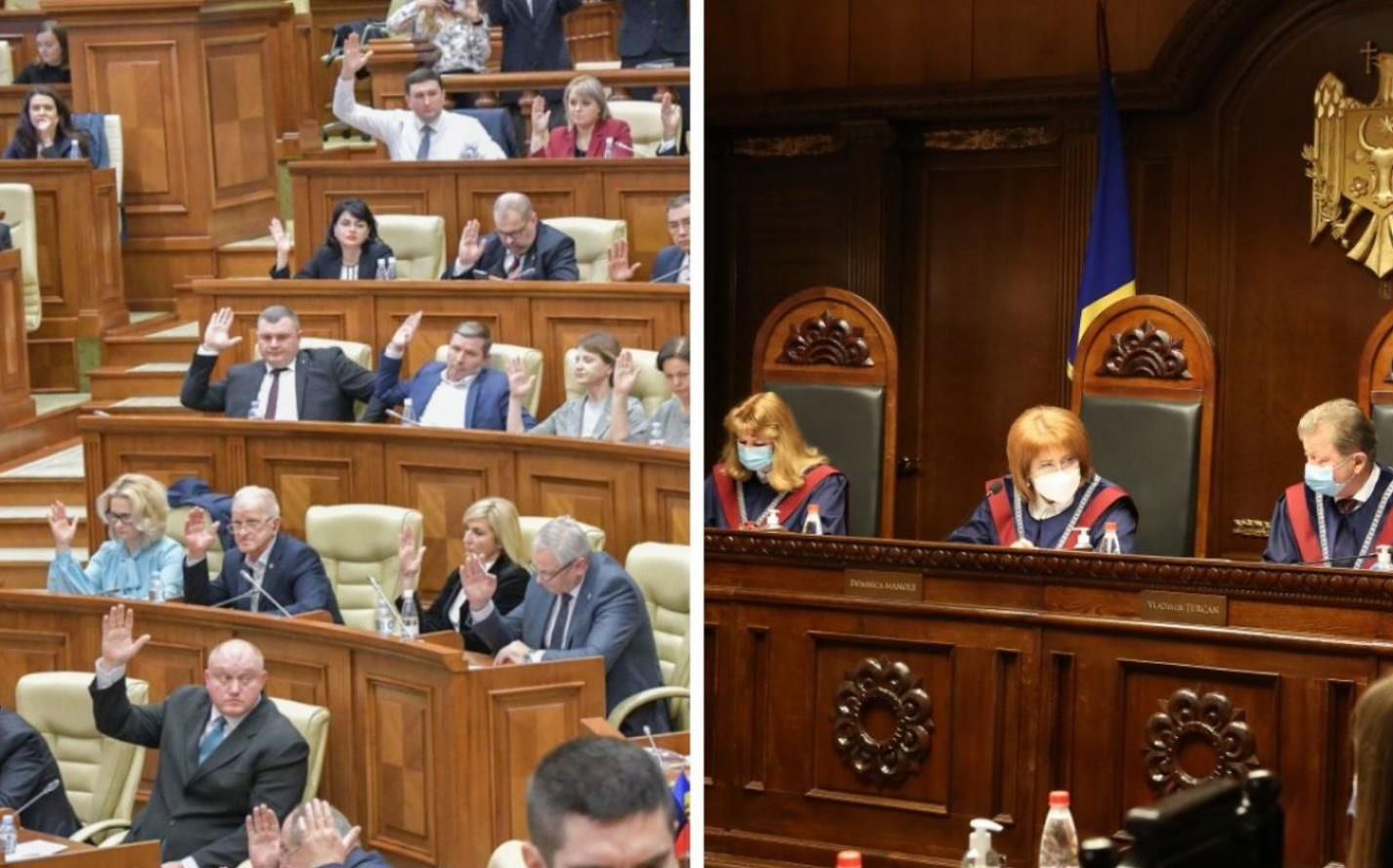 Today, on the contrary, the socialists led by Dodon seized the initiative. And all those cards that Sandu tried to play - the exit of Russian peacekeepers from Transnistria, integration with Romania, the final squeezing of the Russian language - they use against it.

There are almost no good "exits" from the crisis. And if an unconstitutional decision on the dissolution of parliament and early elections is made, the contradictions will have to be resolved on the street. And whoever brings out more supporters, the bad Ukrainian option with bloody provocations and coup d'etat (the capture of parliament and government) by strings, Sandu cannot be ruled out.

29 April, 8:19
"Setting fire" to Europe: Transnistria is preparing for an invasion from outside?