Ukraine "brought" to the pipe?

The purpose of the provocations in the Baltic Sea at the Nord Stream-2 construction site was a desire to cover up Ukraine's possible theft of gas from a transit pipe?

According to the correspondent of The Moscow Post, the head of the GTS Operator of Ukraine Sergey Makogon complained about the reduction in gas transit through the country, saying that it was important for Kiev to prevent the completion of the construction of the Nord Stream-2 pipeline. According to him, in February 2021, the transit of blue fuel to Europe through Ukraine decreased by 25% compared to January - to 2.91 billion cubic meters.

The concern of Ukrainian officials about the transit situation is clear. For many years they have assured the whole world that gas transit is a "baton" in the hands of the Kremlin, which they say it uses for political purposes. And now, when the Kremlin almost got rid of this "baton" - built pipelines bypassing the country, Ukraine sees itself as injured.

At the same time, according to our sources, the very 25% that were announced in the Ukrainian GTS could be banally stolen and resold using one of the numerous schemes of the Ukrainian leadership. Among those in the past, the famous Rotterdam + formula was called, but in this case everything could be much more prosaic. They put their hand in someone else's pipe, and they represented themselves as victims all over the world?

In the context of the statement of the Ukrainian authorities, the version expressed by our publication that week regarding the provocations of Polish ships in the Baltic Sea is indirectly confirmed. Now that nothing remains before the completion of Nord Stream-2 and there are no legal methods to prevent the construction, provocations, even if fraught with armed conflict, remain the only way to slow down the commissioning of the pipeline.

Last week, these provocations went into a new phase. According to the operator of the Nord Stream 2 AG project, the construction of a gas pipeline in the Danish economic zone is in danger due to the maneuvers of foreign warships, submarines and aircraft, as well as civilian ships, including under the flag of Poland. About this writes "Kommersant".

A video of an unprecedented incident walks on the network: a Polish fishing boat rams one of the supply vessels engaged in a pipeline laying project. Another provocation was associated with a submarine suddenly surfacing next to supply vessels, which almost disrupted the anchor system of the pipe laying. What next - the torpedo will be launched?

At the same time, Nord Stream 2 AG said that it was precisely planned provocations aimed at preventing the completion of the project. At the moment, it remains for pipe laying to lay another 121 km, or 5%, of pipes, preliminary work is planned to be completed before the end of September 2021.

Of course, the Polish authorities themselves would never have thought of such a thing. Without the nod of NATO generals ruled by the Washington administration, no one will act there. Thus, it is not even cowardice that is visible here, but double cowardice. When all the tricks and intrigues around the project have failed, the United States wants to warm the heat with someone else's hands - and throw its Polish allies on the embrasure.

Poland, and other NATO allies from the former Eastern Bloc will be under attack in the event of a real military conflict. Earlier, analysts pointed to the possibility of a tough answer. According to RIA "FAN" with reference to the expert environment, Poland should prepare for the consequences after trying to disrupt the construction of the gas pipeline. And military expert Igor Korotchenko previously called for the Baltic Fleet ships with Caliber missiles to be sent to the gas pipeline construction zone.

Returning to Ukraine and the entire tragedy for the Ukrainian economy (after all, foreign exchange revenues from the transit of Russian gas remained at the level of about $3 billion a year), we see here exactly the same double standards and double cowardice on the part of the United States. At one time, during the period of gas wars between the Russian Federation and Ukraine (and, especially, the crisis of 2009), American goodwill dispersed the thesis on the need to end transit relations with the Russian Federation.

For the American establishment, several tasks were solved in this way at once: the economic weakening of the Russian Federation and Ukraine, the geopolitical squeezing of the Russian Federation along its borders and the impact on the arrival of American shale gas on the European market. None of these tasks have been fully completed. But Russia understood perfectly well that without new pipelines, it would not work to ensure the safety of exports to Europe with such Anti-Russia under the side.

Today it is clear that this process has no reverse course. The next tool of Ukraine and NATO customers in the United States can be only sabotage. Thanks to the actions at the direction of the United States, Ukraine has already received the Turkish stream - today the entire transit to Turkey, Greece and Bulgaria has completely switched to this pipe. Also, from April 1, deliveries to Romania from Bulgaria also go through the Turkish stream.

Earlier, Ukrainian President Zelensky complained that his country, like the European Union and the United States, had done a lot to stop the project, and that Nord Stream 2 would be a powerful blow to the country. The loss of transit capacity can lead to other problems - after all, having lost the load, the Ukrainian GTS will become not just unprofitable, it will require huge investments for conservation and maintaining the necessary pressure level in the pipes.

For the Ukrainian economy, this is an even greater disaster than the actual cessation of the flow of foreign exchange revenue for transit. As noted by Ukrainian energy expert Oleg Pandezin, losses will go after a drop in gas pumping volumes of less than 40 billion cubic meters

In this situation, the ambivalence and even threefold approaches of the Ukrainian authorities are striking. Absolutely also they behave in relation to the non-existent Russian-Ukrainian war. The Russian Federation is constantly accused of conducting military operations against Ukraine, but not just do not provide evidence - in such a situation, they do not even consider it necessary to declare this very war at the official level. 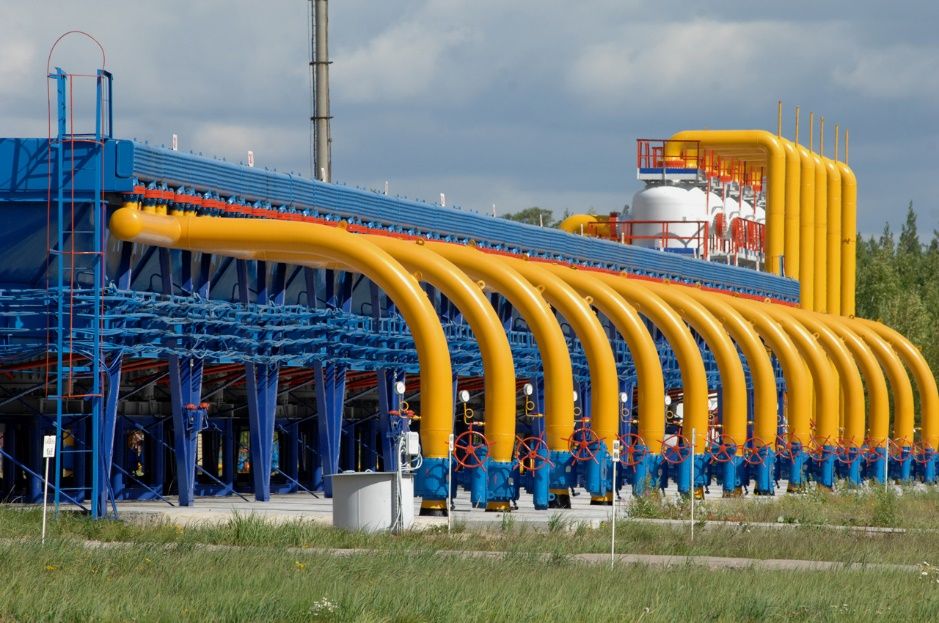 Without Russian gas, no one needs the Ukrainian GTS. Why saw the bitch you're sitting on?

And at the same time, warlike Kiev continues to purchase gas, electricity, many other goods and resources from us. But they do not supply water to the Crimea - this is wrong from a political point of view. All this has long resembled political schizophrenia.

In turn, Russia insures itself and its European partners against this kind of geopolitical adventurism, when the pipe can be blocked due to a new round of tension between once fraternal countries. But these actions come under pressure from the United States, which, in the case of the joint venture, is ready to act at the peak of its key EU ally, Germany.

What can we say if the United States is ready to cover up the possible theft of transit gas from the pipe by Ukraine with armed provocations? Where's next?

Ukraine remains a bargaining chip, shooting at its feet and shouting loudly about Russian aggression. Exactly from the same series, the cries of Ukrainian patriots that the completion of the SP-2 will untie the hands of Russia to attack Ukraine. However, they carry such nonsense from the coup. And for a boy who regularly screams about the attack of non-existent wolves, no one has believed for a long time.

10 December, 8:12
Guarantees that did not exist