The protests in Armenia and the demarche of the military leadership against Prime Minister Nikol Pashinyan indicate that his time is running out. The question is how he will leave - in a bad or in a very bad scenario.

As The Moscow Post correspondent reports, there is a new round of civil conflict in Armenia. The day before, mass protests and clashes between supporters and opponents of Prime Minister of the republic Nikol Pashinyan began in Yerevan.

There is one main claim to Pashinyan - the surrender of national interests, as the opposition considers it, as a result of which Armenia went to the end of the war in Kabarakh and the loss of territories that were under the control of Yerevan in the early nineties.

The impetus for a new round of the crisis was the statement of the General Staff of the Armed Forces of Armenia, in which the military command demanded the immediate resignation of the Head of state. The document was signed by almost all the leadership of the Armed Forces. Later, even police officers signed the statement en masse. However, instead of immediately resigning, or at least announcing early elections, Pashinyan is clinging to power with all his might.

The actions of the opposition, who stayed overnight on the Republic Square in front of the Republican Government, are difficult to consider as legitimate and even adequate. However, Pashinyan himself acts in a completely different vicious logic. Pashinyan himself, who was brought to power by the same crowd as a result of the Velvet Revolution of 2018, does not want to leave under the pressure of the street.

Search for the guilty ones

As noted earlier, all these events, starting with the first protests on November 10 after the signing of the document on the cessation of hostilities, are the delayed consequences of the extremely ineffective, frankly failed policy of the current Armenian Prime Minister and his entire team.

When it became clear that this did not work, Pashinyan began to nod in the direction of Russian weapons. Yesterday, he made a resonant statement that the Russian operational-tactical missile systems Iskander "did not explode", or "did not explode completely". He made this statement after the words of former President Robert Kocharyan, an Armenian hero of the first war in Karabakh, who said that he would have used Iskanders on the fourth day of the conflict.

Russia reacted to Pashinyan's attack with restraint. They reasonably stated that the complex was not really used during the autumn conflict, so it is unclear what problems with its effectiveness can be said. Pashinyan's statement is all the more inappropriate, since earlier he himself again spoke about the necessity to strengthen military cooperation with the Russian Federation, as well as to increase the grouping of allied troops in Armenia. 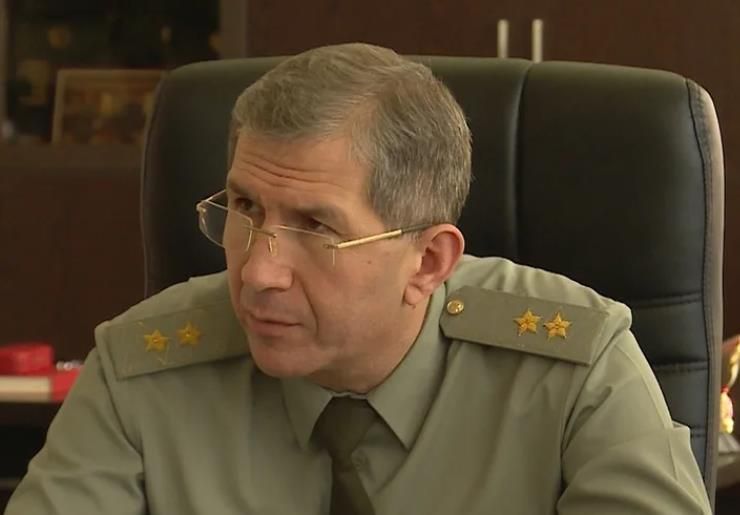 After the political demarche against Pashinyan, the chief of the General Staff of the Armenian Army, Onik Gasparyan, was immediately dismissed

Now, it is the Russian army that is the guarantor of not repeating the massacre that happened in the autumn. Moreover, even when the protesters in Yerevan itself were destroying the Parliament and the office of Soros, with whom they associate Pashinyan's rise to power in 2018, Russian leader Vladimir Putin actually came out in support of Pashinyan, saying that there was no betrayal of national interests in his actions.

However, the internal political logic of Armenia itself dictates its own conditions to Pashinyan. After the defeat in the war with Azerbaijan, the so-called Karabakh clan became more active in the political field, which cannot accept the new status quo and stands for revenge.

We are talking about the elites who are concentrated around the former presidents of the country, Robert Kocharyan and Serzh Sargsyan. The first is a hero of the first Karabakh War, as a result of which Armenia held a significant part of Artsakh for the past 30 years. The second is the president, who dared to pursue a more independent policy than Pashinyan, but was ousted by the latter with the support of the US Embassy in 2018.

Both are natives of Stepanakert, and both are trying to play the card of people's discontent with the heavy military defeat and use the crisis to return to power. At least, this is the logic of the elites who raise them to the banner. At the same time, the very idea of revising the peace agreements of November 2020 is used rather as an ideological postulate - a real resumption of the conflict may be the end for the Armenian statehood. This is not what Yerevan wants.

According to experts, even against the background of the escalation in Karabakh in the summer and the success of the Azerbaijani army, Pashinyan began to have serious problems with control over the NKR and the activities of Kocharyan and Sargsyan. The same concerning an openly populist proposal to create a council of the former President of Armenia and the former President of Nagorno-Karabakh, in which the dominance of the Karabakh clan would be predetermined.

Pashinyan could not agree to this, but on the other hand, if such a council was created, the moral responsibility for the defeat in the war against Azerbaijan could be shared with them. In the current situation, especially after the dismissal of Chief of the General Staff Onik Gasparyan on February 25, there is simply no one to blame.

Pashinyan and his entire thinning team are frankly confused. This is not surprising. From the very moment of his election as Prime Minister, Pashinyan expected that his political capital would be supported by the Western establishment, which he relied on in contrast to the "Karabakh clan", which focused on the Russian Federation and a more independent foreign policy.

Pashinyan made one of his first visits to the United States. And this is also not surprising. The American Embassy openly supported the unauthorized protests against Serzh Sargsyan in 2018. The EU countries also provided moral support, as if encouraging Pashinyan for declaring his commitment to European values and the vector of "movement to Europe".

In fact, this turned out to be the usual rhetoric, which aimed to detach Yerevan as much as possible from military-political cooperation with Russia within the framework of the CSTO. It perfectly fit into the logic of supporting colour revolutions in the countries near Russia. The Caucasus continues to be a weak point of the Russian Federation - by creating regimes unfriendly to the Russian Federation in the post-Soviet space, the curators of geopolitical pressure on Russia expect to set fire to the countries situated under Russia on the map. 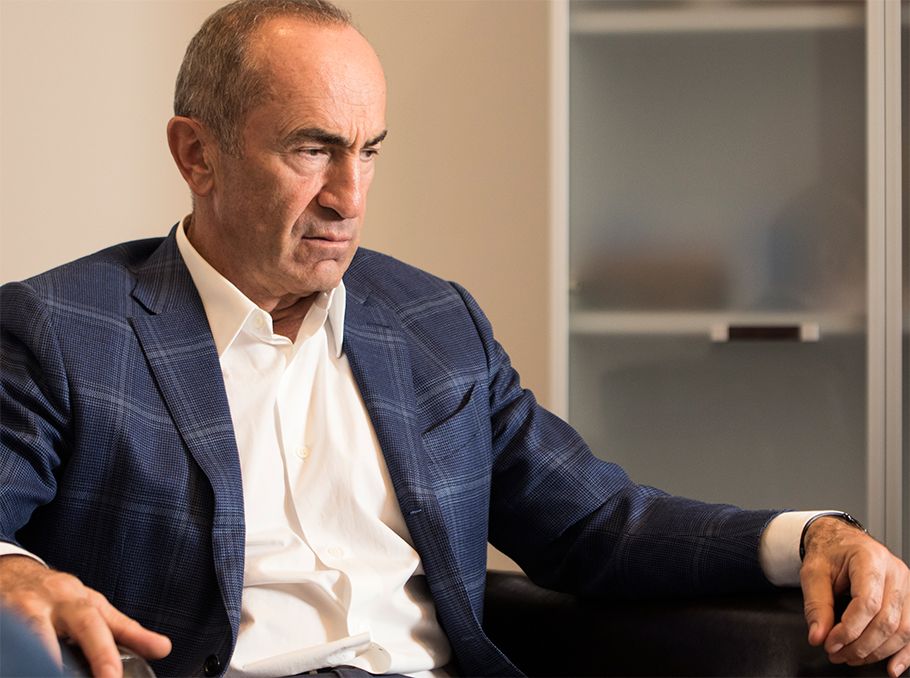 However, when Yerevan actually needed the help of the United States, they did not even receive moral support, only general phrases. At the same time, Pashinyan was caught between two fires - serious external pressure and powerful internal opposition. In this position, he is more vulnerable than ever, and fears conspiracies and military coups.

It is curious that after Kocharyan returned to Yerevan from the NKR in October 2020, Nikol Pashinyan immediately dismissed the director of the National Security Council of Armenia, Argishti Karamyan, who was called one of the Soros cadres close to Pashinyan. He was appointed to the post only recently, but apparently aroused the anger of the chief precisely because he was unable to prevent the Karabakh "conspiracy".

After returning from the NKR, Robert Kocharyan met with the Ambassador Extraordinary and Plenipotentiary of the Russian Federation to Armenia Sergey Kopyrkin, and a noisy campaign was launched in the Armenian media with calls to allow the ex-president to leave Armenia for the Russian Federation and hold talks there.

In February 2021 Pashinyan was supposed to be "panicked" after the statements of the General staff, demanding for him to resign. However, Pashinyan's fears were not justified - no real actions to remove Pashinyan followed further than the statements. According to experts, the Russian Federation may be behind the "deterrence", which is not interested in further destabilizing the country.

But at the same time, Pashinyan is not able to solve the political crisis, and it does not resolve itself. The only way to keep order and continue the political process within the framework of the law is the voluntary resignation of Pashinyan, early elections and a complete reset of the government.

But here the whole question is about guarantees. No one can guarantee Pashinyan that in this case he will not be brought to justice as a traitor to the state. And this is even against the background of the events of 2018, and against the background of his attempts to put Korchanyan behind bars for participating in the suppression of mass protests after the election of Serzh Sargsyan in 2008.

Neither Washington, nor Brussels, nor Moscow can provide guarantees for Pashinyan, and the crowd on the street, who yesterday raised him to the skies, now simply hates him. Sic transit gloria mundi (thus passes the glory of the world), and Pashinyan has no good moves left in this game.