The new coalition government of Germany is aimed more at confrontation with Russia than at solving problems in bilateral relations.

According to the correspondent of The Moscow Post, Germany finally formed a coalition of parliamentary factions, which determined the appearance of the current federal government. The coalition government included the Social Democratic Party of Germany (SPD), the Free Democratic Party (SPD) and the Greens. The final agreements resulted from the negotiations of 22 working groups over a period of one and a half months.

Interestingly, this is the first three-factional coalition in German history. At the same time, Angela Merkel's Christian Democrats also passed into parliament, but they did not enter the coalition. The new chancellor will be representatives of the SPD Olaf Scholz - he presented to the general public agreements on the creation of Traffic Light. So call this new coalition by party colors.

Recall that according to the results of the parliamentary elections held in Germany on September 26, the SPD, led by Vice Chancellor, Minister of Finance Olaf Scholz, was in first place with a result of 25.7%.

The Christian Democratic Union (CDU), which was led by Angela Merkel for many years, became the second, showing the worst result in history - 24.1% (the Christian Social Union - CSU, with which the CDU is a single bloc in the Bundestag, also showed its worst result in Bavaria). The Greens came third with an indicator of 14.8%, followed by FDP with 11.5%, Alternative for Germany (AfD) with 10.3% and Left with 4.9%. About this wrote RBC.

A few days after the announcement of the voting results, the Social Democrats, the Greens and the Free Democrats announced their intention to create a ruling traffic light coalition. For Germany, such a triple alliance, as already mentioned, has become a precedent. Before what, in the end, it was possible to agree on portfolios in the government?

The Greens did not even have the main prize, not even the Foreign Ministry, which was occupied by the "green" ill-wielder of our country Annalena Burbock, but the super ministry of climate and economy (Robert Habeck). The liberals had the Ministry of Finance (Christian Lindner) in their hands.

What does all this mean? First, the work promises to be extremely coalition, although much will depend on Chancellor Scholz and his department. Those who know the position and "backstory" of Mrs. Berbock in the Foreign Ministry are very concerned about her confrontational rhetoric against Nord Stream-2 and Russia as a whole. What will the distribution of ministerial posts mean for our country?

Unfortunately, it is necessary to state the collapse of many hopes for improving relations between Russia and Germany due to the more pragmatic position of the new German government. As a result, we received not more, but even less rational government, imprisoned not on the implementation of our own and respect for other people's national interests, but on the advancement of the left-liberal agenda. That is, the approach is value, not essential. 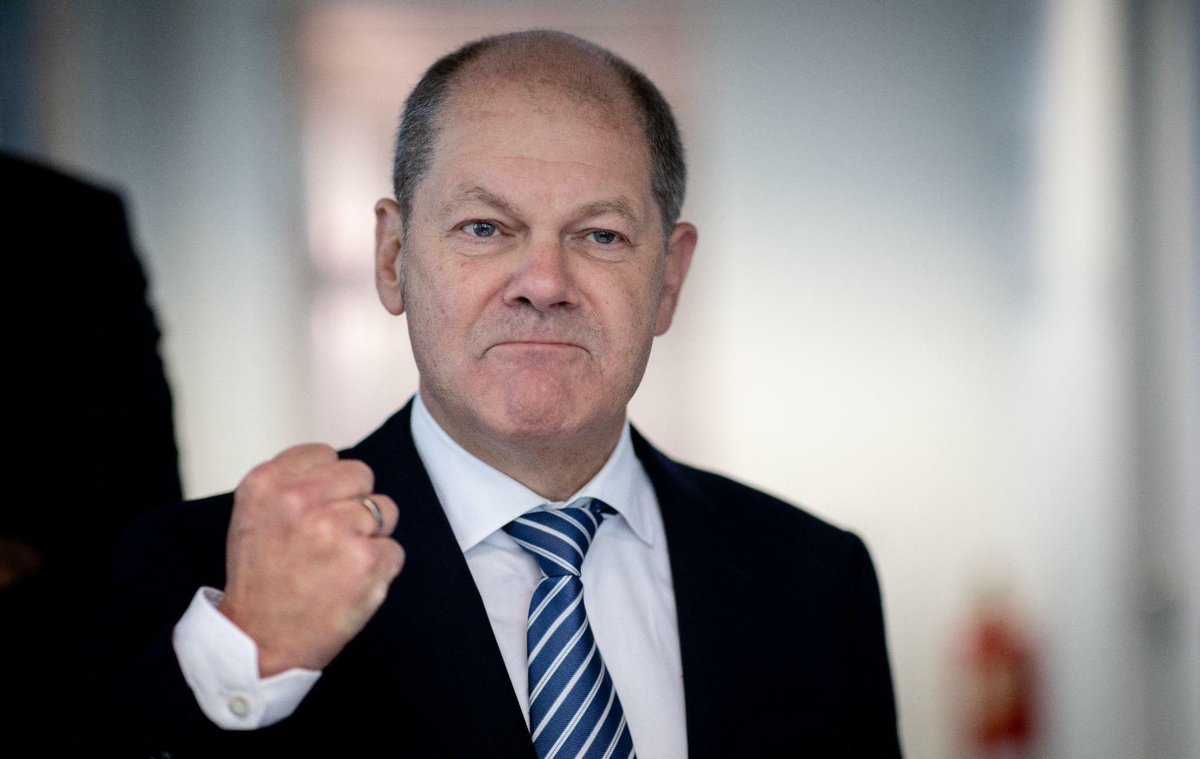 Is Olaf Scholz the new German chancellor who will disengage himself from foreign policy?

This is bitterly spoken by the Russian-speaking German political scientist Alexander Rahr. According to him, the future German government has already written into its program that it will side with Ukraine against Russia and advocate for the return of Crimea and Donbass to Ukraine. How Berlin is going to achieve such a goal is not said, and it is not necessary.

After all, it is clear that the goals of these FRG will not achieve - for sure, in part of the Crimea. Donbass, as it was, remains officially part of Ukraine - Russia also recognizes this. She, Russia, advocates the reintegration of these territories, for which Minsk was, but Ukraine stubbornly does not want to accept its own compatriots back into its own fold. On the contrary - blockade, repression, aggressive propaganda to the point of insanity.

At the same time, Germany, under the leadership of Scholz, recorded several extremely outrageous provisions in its program. Firstly, and this is quite official, the new coalition government is going to support the Russian opposition - read, non-systemic extremists, many of whom have already left the country and settled, by the way, in the same Germany.

Secondly, it is also officially stated that Germany wants to conduct a civil dialogue with Russian human rights activists. And here too, in principle, everything is clear. Financial support for the civil sector will continue, the good half of which is not any civilian, but conducts real deconsalidational work within our state. Unfortunately.

At the same time, Germany is open to a strategic dialogue with Moscow - including in matters of energy supply, raw materials, and so on. Of course, after all, no one wants to freeze in winter, and the funds invested in SP-2 will have to be repelled - and without this, it will not become a European energy hub. Here it is profitable to agree with Moscow. Sanctions, of course, no one will remove from the Russian Federation - for this it is necessary that they "nod" from across the ocean.

As a result, it turns out that the Greens with their critical agenda defeated the conciliatory, said political analyst Alexander Rar. Scholz himself, apparently, gives his relations with Russia to the green. Now the chancellor's influence in foreign policy will probably not be as dominant as it was under Merkel.

Thus, not realists came to power in Germany, which was hoped by many, and not only in Germany or Russia itself, but also in Europe as a whole. All, one can say, healthy and constructive forces - or, at least, those who understand that Russia will not go anywhere, and it needs to be negotiated through compromise, not pressure.

The most important thing, according to a number of experts, is that conditional liberal values ​ ​ for the current coalition government of Germany are most likely above the national interests of their own country, and not only their own. It so happened that the new Foreign Minister, Ms. Burbock, previously studied in London and visited the United States, and the rest of the world does not really know. She will have to know him, she will have to face the national interests of other countries. 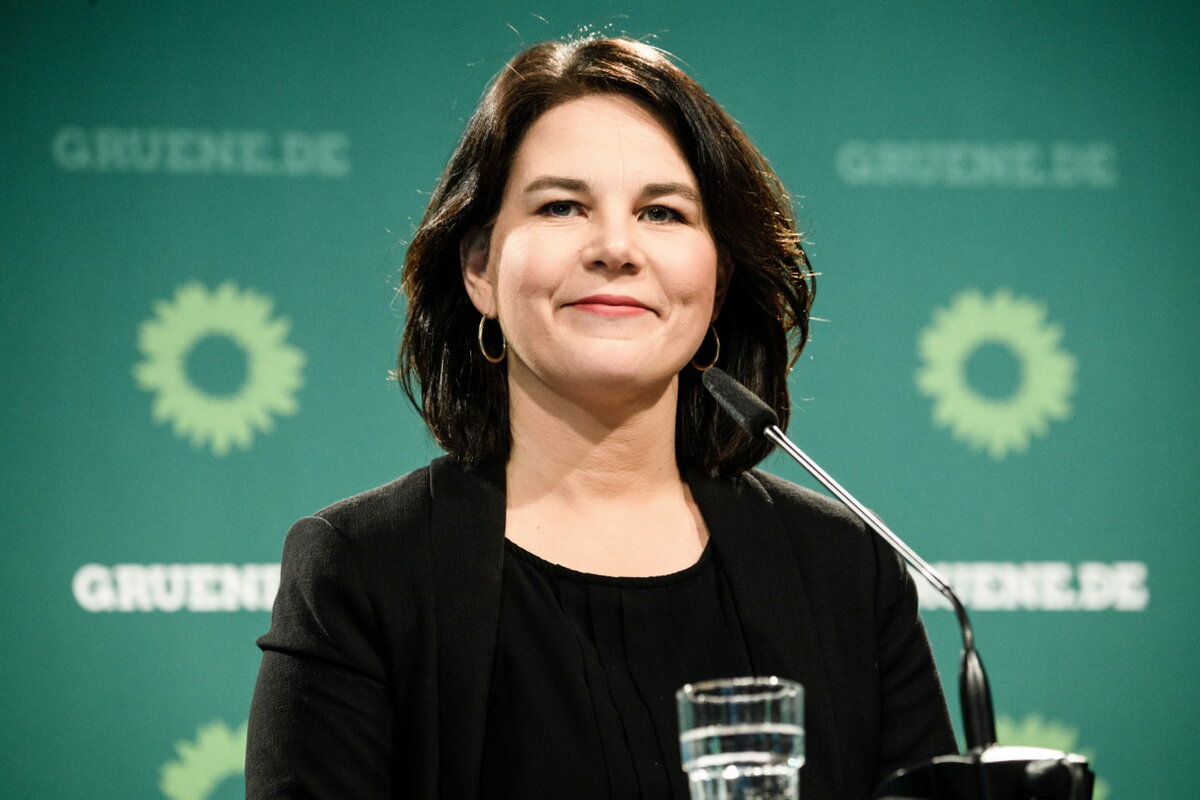 Annalena Burbock is clearly not set for a constructive dialogue with Russia. But we will have to talk - in the interests of both countries

As practice has shown, the primacy of values ​ ​ over interests ends very poorly for both the subject and the object of international law. What is only worth Afghanistan and Iraq, where the United States, and remove NATO and Germany, have sunk in order to restore order and establish a democratic regime. How all this ended, do not explain.

At the same time, the new Germany is dual. It remains completely in the fairway of the United States, which under Biden even ceased to put pressure on it about Nord Stream-2, so as not to spoil relations with the leading ally in Europe. At the same time, the Federal Republic of Germany under Scholz and Berbok will continue the course towards strengthening the autonomy of Europe.

That is, this is clearly a confrontational agenda - both in Germany and in relations with other countries. And, first of all, with Russia. Those who hoped for better relations and détente, unfortunately, have so far gone to the salon of bread.