They would better "hear" about "Nord Stream"

European politicians who speak out in favour of the construction of the Nord Stream-2, are tried to be made silent by colleagues.

As The Moscow Post correspondent reports, German President Frank-Walter Steinmeier, who has never been considered a great friend of Russia, spoke out about the construction of the Nord Stream-2 gas pipeline. According to the politician, the gas pipeline must be completed. And not only because the project is very profitable for the whole of Europe (and, above all, for Germany itself), but also because it remains one of the last bridges between Europe and Russia.

Steinmeier recalled a situation 80 years ago. June will be the anniversary of Nazi Germany's attack on the Soviet Union. The victims of that war for the USSR were more than 20 million people. The German president believes that this story has a broad context, and even if it "does not justify violations in Russian foreign policy" (well, how can we do without such a "note"?), it "should not be overlooked".

Steinmeier meant a simple thing. The Second World War could have been avoided, but Europe did nothing for this, deliberately went to the confrontation. Today, international relations and international law are in a serious crisis. After the collapse of the USSR, the United States and a number of its client states (let's say it directly - satellites) continue to push the wavering states to a confrontation with Russia.

The dog barks, the "stream" goes

Nord Stream-2, despite all the contradictions associated with it, works to bring Russia and Europe closer together, to take into account each other's interests, and to stabilize and reduce the tension in international affairs. Here we should also recall that despite the geopolitical confrontation, our country has always, even in times of acute international crises in relations with Europe, fully fulfilled its obligations to supply fuel. Pedantic Germans simply can't help but keep this in mind.

The position of Germany is of higher importance, while there is the counteraction to the completion of the Nord Stream-2 from the side of other states which are tied to the United States. These actions take place precisely in the broader context of deterring Russia. In the United States itself, too, they decided not to "let go of the bit" yet.

According to TASS, America has suspended the decision of Donald Trump to withdraw a significant part of the troops from Germany. Now, the Biden administration's new defense secretary, Lloyd Austin, "is in the process of conducting a very thorough review of this decision." There is no doubt that the main motive was the refusal of Berlin to take under the visor the orders of Washington, contrary to the national interests of Germany. 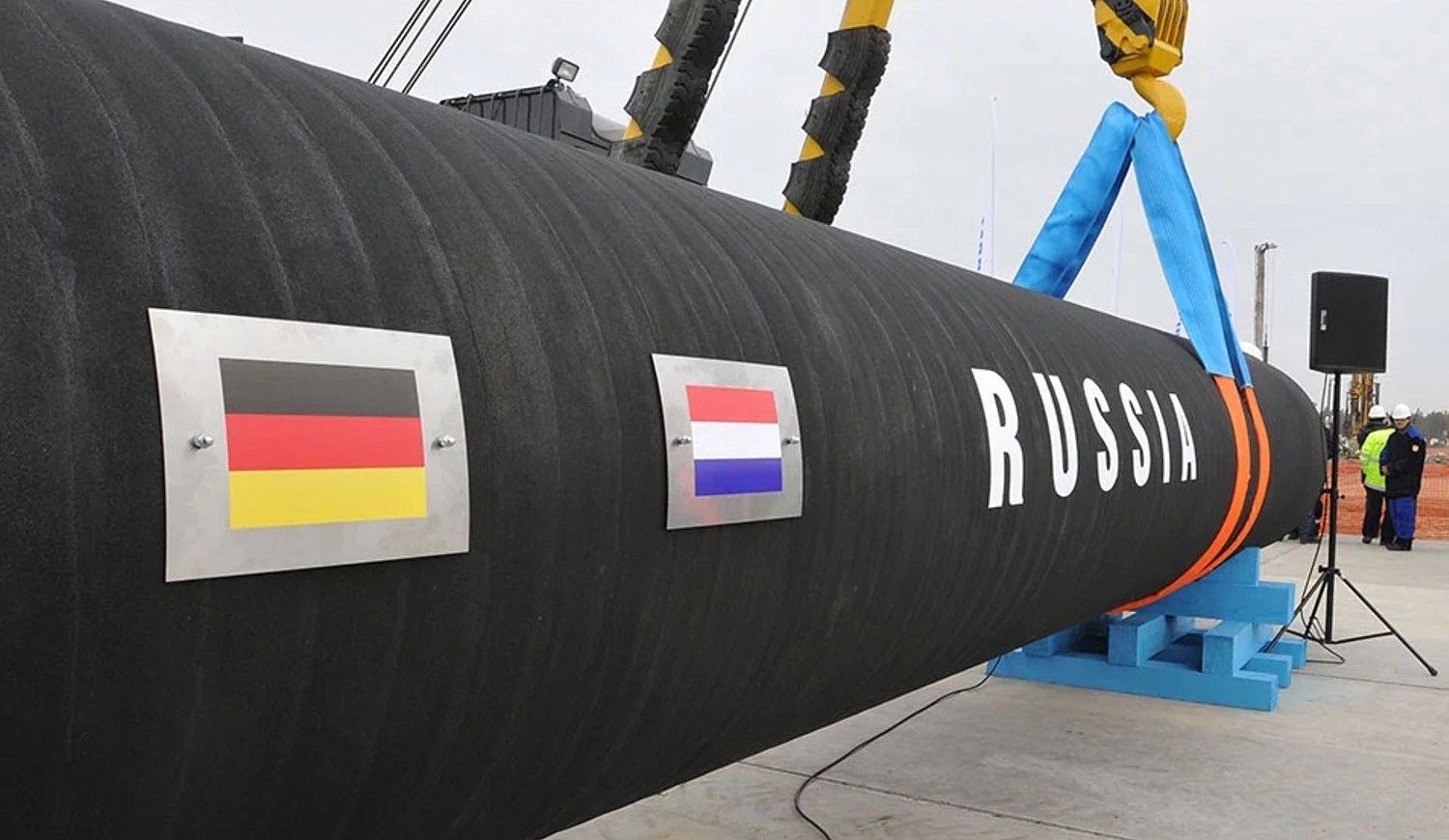 Nord Stream 2 is really a bridge between Europe and Russia

The "notorious" allies of the United States are extremely concerned. First of all, Poland, whose authorities seem to be asleep and see Russian tanks moving towards Warsaw. Apparently, they really want it. Recently, there were staff exercises "Winter-2020". However, they ended very badly for the Polish military. According to the results of the simulation, the army of the Poles opposing "Russia" was defeated in five days.

After that, Polish experts considered that such news is hitting the image of NATO, and called on the Alliance to work more actively in the Polish direction. This is written by the RIA FAN publication. Of course, this meant both military and political pressure on Russia, and not just the deployment of additional forces in Europe.

In parallel with these events, diplomatic contacts between Russia and Europe continued at the level of heads of diplomatic departments. At the weekend, the head of EU diplomacy, Josep Borrel, came to Moscow. Because of the situation related to the Nord Stream-2, the scandal with the Russian blogger Alexei Navalny, the pressure of Washington and the Washington fifth column in Europe itself, he was as if in the spotlight.

In Russia itself, at a press conference, he stated that the EU and the Russian Federation had an honest and open conversation, and later, in Europe itself, he made a comment that Moscow was allegedly not interested in developing a dialogue. And this is despite the fact that they discussed such important and significant issues for the whole world as the fight against the pandemic and global climate change, the restoration of the Joint Comprehensive Plan of Action on Iran's nuclear program, disagreements over Ukraine and Brussels' interference in internal Russian affairs in connection with the criminal case of Alexei Navalny.

This has already been responded to in the Russian Federation, where they called Borrel's position inconsistent. There can be no doubt that such a pose for Brussels is a consequence of the influence of the United States, which is against any warming in relations between Russia and the EU.

"Baba Yaga is against"

The same position, which can be conditionally indicated by a line from the famous Soviet cartoon "Baba Yaga is against", is also held by the most ardent ally of the United States - Ukraine. Or rather, the Comprador Ukrainian elite that came to power after an illegal coup in 2014.

In Ukraine, the most acute reaction is to the rapprochement of the Russian Federation and Germany. In particular, because Nord Stream 2 will reduce the value of the transit pipe on its own territory. In general, this is what Ukrainian politicians dreamed of when they accused the Russian Federation that it uses transit as a "political weapon".

And then the Biden administration makes it clear that the Nord Stream-2 will still be completed, and the US cannot prevent this. But they will strive to take into account the interests of Ukraine during the construction. In simple words, Biden "leaked" Ukraine, barely sitting in the presidential chair.

And now the Ambassador of Ukraine to Germany Andrey Melnyk criticized the words of German President Steinmeier. They say that he "distorted" the history of the Second World War, "using sensitive historical arguments" for the sake of whitewashing the Nord Stream-2. This is written by RBC. 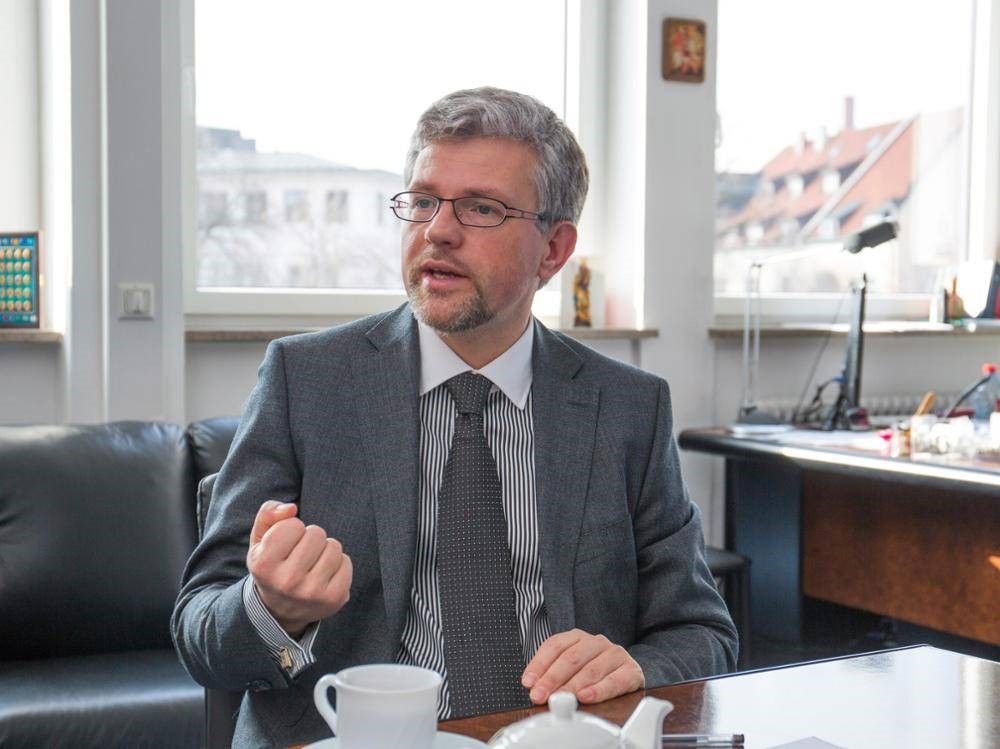 Is the Ukrainian Ambassador trying to scare Europe by bringing Russia and Germany closer together?

Apparently, Ukraine itself has become "dizzy" from diplomatic "successes". In recent years, it had quarreled with everyone it could, especially its closest neighbours. Leaving Russia out of the brackets, major diplomatic scandals occurred in relations with Poland, which does not want to put up with the glorification of the Nazi punishers and the Ukrainian radicals who joined them, Hungary, Romania, and Belarus.

Now it came to a spat with the FRG. Everything in order to give Russia a click on the nose, and to provide shale gas suppliers from the United States with contracts for many years to come. However, recent events indicate that Europe does not intend to compromise its national interests, as Ukraine does.

In addition, the FRG is well aware that the alarmist sentiments in Poland and the Baltic States, which are waiting for the invasion of Russian tanks at any moment, are unsupported propaganda nonsense. Its only goal is to get more preferences and money on NATO line, to push Russia and Europe head-on. Instead, Germany is being pragmatic. It is echoed by the second leading European player - France, although formally adheres to a cautious position.

This means that Nord Stream-2 will definitely be completed. And it really is a bridge between Europe and Russia. Our task is to make sure that there are as many of these bridges as possible.