The US defense budget taking the offensive

Is the policy of Biden's administration in military sphere threatening to plunge the entire world into a new conflict, the consequences of which could be a "disaster" for the States?

As the correspondent of The Moscow Post reports, on Tuesday, December 8, the House of Representatives of the US Congress, with the filing of Joe Biden, approved the draft defense budget for the 2021 financial year.

For Russia and the whole world, its parametres mean the continuation of the neocolonial American policy with the initiation of coups, so-called "colour revolutions", and non-market methods of pressure on economic and geopolitical competitors.

The total budget was $740 billion, which is the largest indicator in the world. And no wonder. Military and political hegemony requires investment, the US has military bases around the world and 10 carrier groups at once that cover them from the seas and oceans. But this force is more the inertia of the cold war in a world where there are fewer opportunities to achieve political goals by military means.

The Pentagon will receive more than $635 billion from the budget directly for its basic needs. Another $26.6 billion will be sent to the US Department of Energy for national security programs. In recent years, the energy system has been one of the main topics of confrontation with the Russian Federation.

Americans are afraid of the terrible Russian hackers who are about to turn off the lights in American cities, military and industrial facilities. How justified these fears are is a big question. However, Russia is more likely to be the casualty here.

In December, experts of Rostelecom reported a twofold increase in the number of hacker attacks on strategic enterprises in Russia since the beginning of the year. Hackers are trying to take over the mail of top managers of enterprises and seize control of the infrastructure. This was reported by Kommersant.

It is difficult to identify the specific countries involved - more precisely, it is difficult to prove that the groups were acting on the instructions of the government. But it is unofficially known that most of the attacks on Russia can be paid for from the US defense budget.

The following parameters of the document are of fundamental importance for Russia. First, it is the expansion of sanctions against the Nord Stream 2 and Turkish Stream gas pipelines. The United States has not been able to find an understanding among its European allies, especially Germany, why they should abandon an economically profitable project in favour of US geopolitical ambitions. Moreover, industrial circles that are trying to capture the European gas market by flooding it with expensive shale gas are behind these ambitions.

As previously reported by TASS, Germany intends to create a special Climate Protection Fund against sanctions concerning Nord Stream 2. It will act as a layer between Russians and companies that may be sanctioned for working on the project directly. The American curators of Europe clearly did not expect such  disobedience.

The second parametre is $250 million for military assistance to Ukraine. It is military, and the desire of the United States to fight with Russia to the last Ukrainian has long been beyond doubt. Martial law in Ukraine was not declared, as well as an official war against the Russian Federation. The aid is designed to keep Ukraine in the wake of US influence and provoke Russia into conflict. In fact, most likely, huge amount of this money, as in previous years, will be banally stolen.

The "disobedience" continues in Turkey as well. Earlier, President Erdogan purchased S-400 anti-aircraft missile systems from Russia. He was so impressed with the S-400 "umbrella" over Syria after Turkey shot down our plane in 2015. This was awful tragedy and it made Turkey think and avoid further military escalation.

Now the US defense budget provides for restrictions against Ankara due to the purchase of air defense systems. And there is nothing wrong with this for the Russian Federation, because from a geopolitical point of view, it will only push Turkey further from NATO to cooperate with the Russian Federation. Unlike Ukrainian President Zelensky, Erdogan does not take pressure and threats as an argument for changes in his foreign policy.

Against the background of the adoption of the US defense budget, two more extremely important news occurred. The first is that Joseph Biden has decided on a candidate for the post of Secretary of Defense. He will suggest retired General Lloyd Austin. Lloyd is known for his service in Iraq, where, according to rumours, he did not shy away from punitive operations against the local population. However, it was Austin who led the withdrawal of about 150,000 US troops from this country. 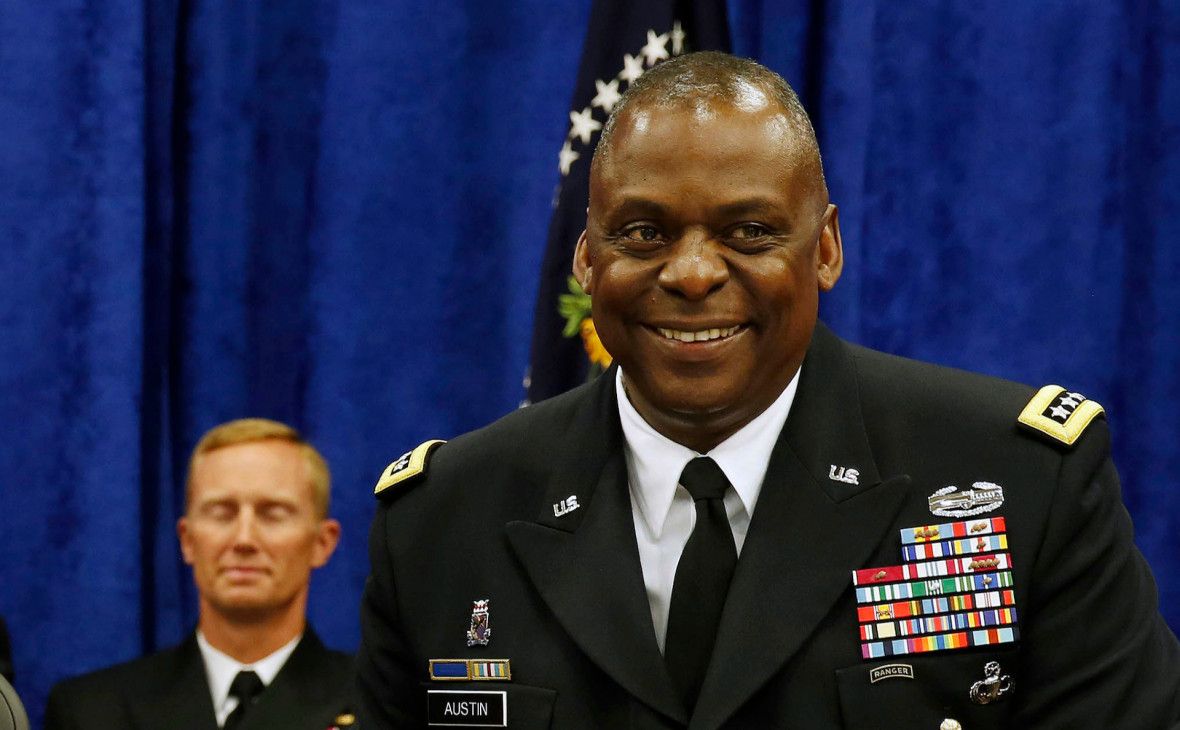 Lloyd Austin is not considered a "hawk", but is considered absolutely loyal and obedient to the new administration of Biden

Austin is not considered an inveterate hawk in relation to Russia and other post-Soviet countries, which surprised many observers. However, he is completely loyal to Biden and the Democratic party as a whole. Most likely, he will only become a talking head for implementing the policies administration of Biden.

Another detail - Lloyd retired 4 years ago, while by law, a former military man can take the post of Defense Minister no earlier than 7 years after leaving the service. In this sense, Biden will ask Congress to make an exception, and go to the violation of their own laws. RBC wrote about this. Another confirmation that violation of the law in the case of the United States is unacceptable, but if it is really wanted - it can take place.

Is the USA not against nuclear war?

And the second, even more important news. Immediately after the adoption of the US defense budget, they took their masks off. The US Department of State said that the United States would not sign a statement with Russia on the inadmissibility of nuclear war. Earlier, this proposal was made by Russian President Vladimir Putin. Hawks believe that the doctrine of the Russian Federation is allegedly "provocative" and provides for the use of these weapons.

In this sense, the logic of the American military-political leadership is completely incomprehensible. On the one hand, Russia makes it clear that the use of such a scenario could be avoided by fixing the intentions in a joint statement. On the other hand, the United States seems to want to avoid doing this, but that is why they are not going to sign any statements or agreements in this regard. So who ultimately wants and doesn't want a nuclear war?

There is a feeling that the United States will never accept parity, and even more so the superiority of the Russian Federation in the field of nuclear weapons, and even now the leading scientific and military centers of America are trying to catch up with Russia ahead of them. These are huge budgets that need to be mastered. Reducing tensions is not beneficial to the US military and political circles, similar to the fact that  detente was unprofitable before the first and second world wars.

To sum up, the document adopted in the United States guarantees that tensions in the world and the threat of military conflict will only grow. It also confirms that the course taken earlier by President Vladimir Putin to strengthen in this area was correct.