The right to oblivion: what in the West they prefer to keep silent

The "cluelessness" of Western political elites is the result of irresponsibility and externally imposed narratives of the Cold War.

According to the correspondent of The Moscow Post, on the eve of the next briefing of the official representative of the Russian Foreign Ministry, Maria Zakharova, we were talking about historical memory, and also about justice. More precisely, that there is no justice in international relations. At least if we are talking about modern relations between Russia and Germany.

It seems that in the elites of the latter they prefer to forget about the role of the Soviet Union in the fall of the Berlin Wall and the unification of Germany. According to Zakharova, we are talking about a whole trend that cannot but surprise domestic diplomats.

Allegedly, in Germany they promote the thesis that unification was made possible thanks to the courage of the citizens of the GDR who longed for freedom and democracy during the 1989 peaceful revolution. As well as the policy of Germany, which extended a helping hand to them. The role of the Soviet Union in ensuring German unity is ignored or simply leveled.

In fact, there is nothing surprising about this. Interested parties are well aware that it was the position of the Soviet Union that became decisive during the unification of the country under the flag of Germany. However, Germany is a key US ally in Europe.

And the paradigm is simple - the USSR lost the Cold War, which means it is deprived of the right not only to project its geopolitical will on the territory, but also to fully accept, recognize the ideological narratives of the winners. To abandon their version, from their interpretations of history - even if they are based on facts.

And one of such narratives if remember that the USSR was the empire of evil, and brought nothing good to the people of Europe and couldn't bring. What here a positive role in the reunification of Germany? And the Soviet Union agreed to remove the military contingent. Also it became to the accompaniment of promises about not expansion of NATO on the East. Today other narrative - moves ahead that no promises existed.

But this ridiculous lie vanishes even not from certificates of participants of those negotiations of a high rank, starting with Gorbachev. But also from banal reading of diplomatic mail, and the different parties. There it is accurately recorded that it was talked of security guarantees for the Soviet Union, of not expansion of NATO on the East.

Today a position of our western well-wishers simple - show where it is written? Anywhere. In the same way and concerning the reunification of Germany. Where it is written that the USSR played a key role in it? The facts are good only when are perceived as the facts by others. But at complete information dominance of the West in the western social and political discourse - what to be surprised "suddenly" to the arisen "unconsciousness" in the ranks of the German political elite?

Returning directly to the reunification of Germany. According to Maria Zakharova, there was an automatic distribution of the West German political, economic, financial system on east part of the country. And the GDR was announced by the unlawful, dictatorial state. Everything that with it was connected, all positive, constructive and significant, including a contribution to historical reconciliation of our country with Germany, - is buried in oblivion or a perversion in modern Germany.

Here Maria Vladimirovna could make the note - in general all that is connected with our country, thanks to titanic efforts of the western promotion and so-called "soft power" is leveled, blackened, moves in bad light. Achievements, progress, relny, but not mythical, are ignored. And on this base the thesis is fostered that the Russian Federation and today - the aggressive, unpredictable, non-democratic state. That it is impossible to cooperate with her that "Nord Stream-2" is "stranglehold" on the German neck. And in such spirit.

And from here the following narrative which became the main thing after the well-known Munich speech of Vladimir Putin of February 10, 2007. That Russia was "not finished", roughly speaking, gave it the chance to restore forces, to reform army, and to return to allegedly aggressive imperial policy.

The fact that this policy - result of the imbalance in a world security system which arose because of the USA - is completely ignored. As well as any lawful fears and concerns of Russia in this area. Thus, the ideology of winners and defeated Cold War becomes the practical tool the same USA and NATO on the international scene directed to further restraints of Russia.

At the same time the same American establishment irritates that despite all efforts Russia and Germany continue cooperation on many directions. And quite in a constructive, mutually advantageous key. Same "Nord Stream-2", and was still "Nord Stream-1".

And at the beginning of zero in general it was talked of creation of consortium with participation of the Russian Federation, Germany and Ukraine in common to operate the Ukrainian GTS. If the project then was implemented, no energy crisis in Europe would exist. And the opposition degree across Ukraine which elicits prolongation of the contract on transit of gas to Europe after 2024 today would be precisely lower.

The relations with the Russian Federation were on rise at Gerhard Schröder, and seriously deteriorated at Angela Merkel. Despite all peace rhetoric and intermediary positions on the same Ukraine, Merkel's government in 2014 supported the armed coup d'etat in Ukraine. And before the German representatives acted as guarantors of the agreement between the then president of Ukraine Victor Yanukovych and opposition. What was cost by these guarantees, we know today.

But it was the shot to itself in a leg. In a leg to Europe which is forced to deal with consequences now. The European leaders drove themselves into a geopolitical trap. And Merkel ten times regretted that she got into this adventure - obviously at the suggestion of the USA. Now the new German chancellor Olaf Sholts simply doesn't know what to do with this heritage, and in Europe smells of big war. 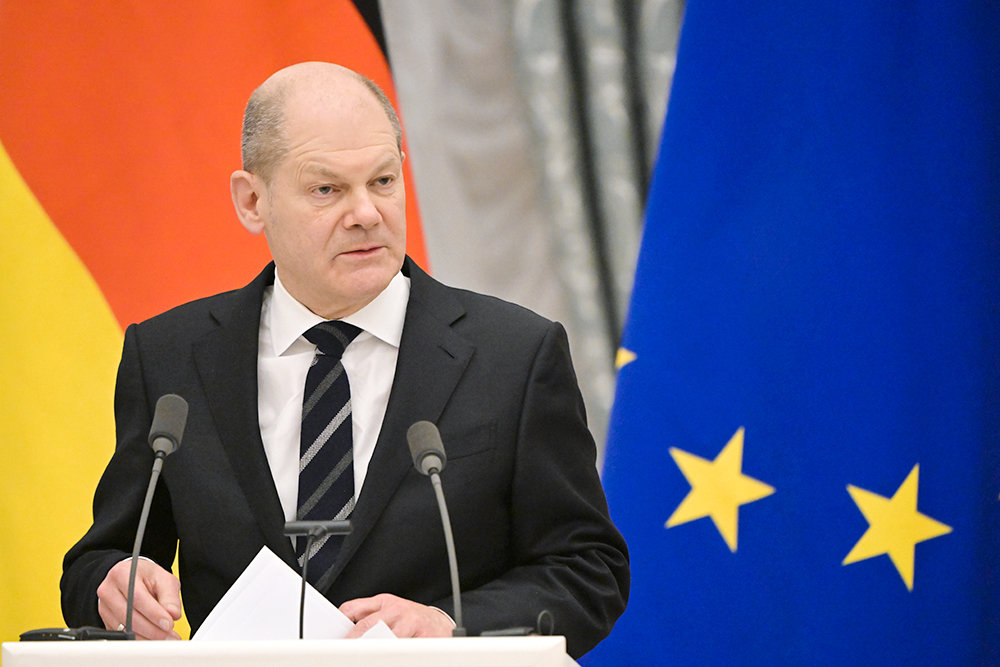 This is the result of unaccounted for lessons in history, a unilateral and frankly stupid policy to deter Russia and expand NATO, and a global security crisis. The world has matured to the new Yalta, no one wants bloodshed, so why not sit down and agree? And let no one believe in the new Big Deal yet, but once no one believed that Germany would be able to unite so quickly and bloodlessly.