The main "laundress" of Armenia

Corruption results of the anti-corruption "revolution".

On May 8, 2018, the "velvet revolution" ended in Armenia. As it  had happened many times, it was conducted under anti-corruption slogans. Two years have passed, and it is interesting to have a look on what the "revolutionaries" have achieved and how they fulfill their promises.

Armenian Prime Minister Nikol Pashinyan has launched a campaign against representatives of the country's business elite, former leadership and... Russian assets. All these actions are presented to the population as a struggle to return the "stolen money" in this difficult time for Armenia, in order to save the economy, which began to crack at the seams due to the downtime of the economy during the coronavirus pandemic.

Last year, in one of his speeches Pashinyan promised to "lay on the asphalt" the oligarchs and take away all the loot.

And he returned it… According to official data, as much as 80   million dollars were returned to the state from the anti-corruption policy. But the shadow economy indicator during the presidency of Serzh Sargsyan was at least 40%, that is, 400 million dollars of net corruption income per year. If it is multiplied this by the decade of Sargsyan's presidency, it turns out to be 4 billion dollars. That is, clearly not the 80 million that the Armenian Prime Minister brags about. A reasonable question arises - where did the main sums expropriated from corrupt officials and oligarchs go?!

Presumption of innocence? – Not heard...

Yerevan experts point out that the new wave of anti-corruption campaign has more of a political context - the goal is to arrest the son-in-law of the second President of Armenia Mikael Minasyan and former Head of the National Security Service Artur Vanetsyan. Violating the principle of the presumption of innocence, the Prime Minister's Office has already labeled them as corrupt officials and charges them with stealing hundreds of millions of dollars. Pashinyan's brother-in-law, MP Hrach Hakobyan, is also noted in the verbal disagreement, that is currently being unfolded in the media space of Armenia, accusing the former Head of the National Security Service of being recruited by the intelligence service of a foreign state, and this was the reason for his resignation.

Of course, the country was not mentioned, but everyone in Armenia considered that it might be Russia. But if these charges became public and appeared to be the reason for the Prime Minister to remove the Head of the Secret Service from his post, then why is Artur Vanetsyan still at large?!

Modest success in the fight against experienced corrupt officials could be blamed on inexperience of former journalist Pashinyan. But then, all of a sudden, the statement of a cornered Mikael Manasyan's about the corruption mechanism of the "revolutionary tribunes" was heard. This statement threw light on a number of seemingly harmless facts, but if they are put together, a corruption system, in which the main person involved is the Prime Minister's wife Anna Hakobyan, can be seen. 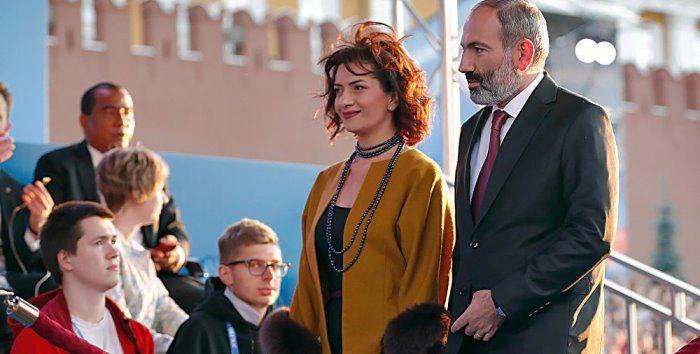 Schemes of the family budget replenishment

In his video statement, Mikael Minasyan reports that he held a meeting with Vanetsyan, who was Head of the Armenian National Security Service at that time, in Rome. The latter one said that the purpose of the meeting was to convey Pashinyan's message that Minasyan should transfer the money to the accounts of funds controlled by Anna Hakobyan. It was promised that Minasyan's name would not appear in any anti-corruption campaigns. And Minasyan himself should not return to Armenia. 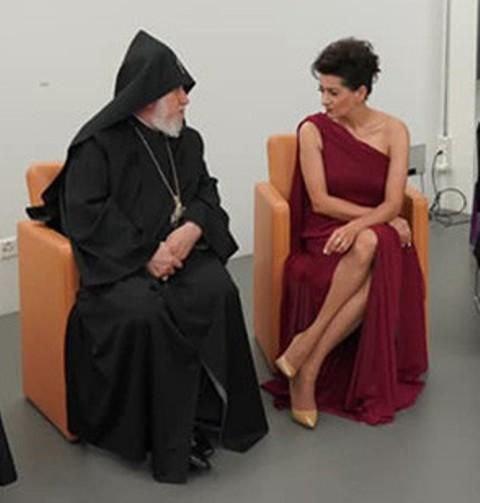 The process of corruption scandals in Armenia is gaining momentum, large companies are being prosecuted, and shareholders are being forced to say goodbye to their shares in favour of either the state or individuals close to the family of the Prime Minister of Armenia.

According to a number of experts, Anna Hakobyan leaks information to the press, mainly to the newspaper "Haykakan Zhamanak" headed by her, and, at the same time, she has become an effective "solver" of entrepreneurs' problems. By changing the legislation on foundations, the Government of Armenia allowed charitable foundations to engage in economic activities.

This allowed the "My Step" and "City of Smile" charitable foundations, established by Anna Hakobyan, to become official shareholders in successful business areas of Armenia. The only thing left out of the Armenian Government's view is the transparency of the sources of donations to the funds. Hakobyan herself commented on the question about the sources of donations: "For me personally, the origin of money does not matter. Whatever money it is, we still use it for the kindest, most correct, most useful purposes. Even if the sum, which went to someone by some means, remains with that person, it will not be more useful than if it reaches us." 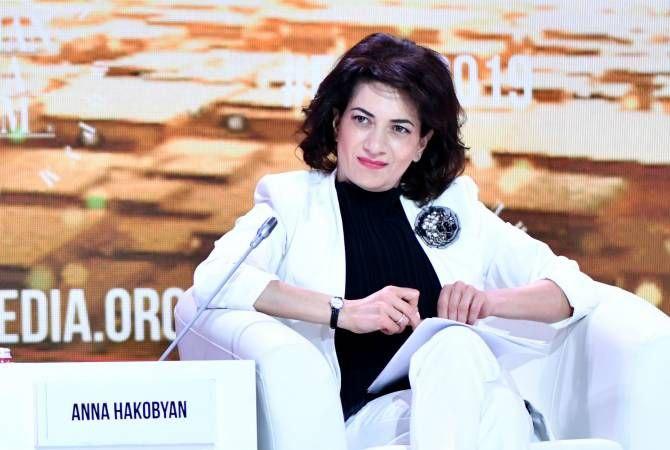 The question arises: aren't the funds created under the patronage of Hakobyan a tool that could be used to "buy off" from prosecution?

If the answer appears to be affirmative, then it turns out that the infrastructure was created under the careful guidance of the Prime Minister's wife, through which former oligarchs could "buy the right" to continue business in Armenia. The remaining in disgrace oligarchs became the object of criminal prosecution by law enforcement agencies, but those who paid continue working in various areas of the economy, maintaining a monopoly position. 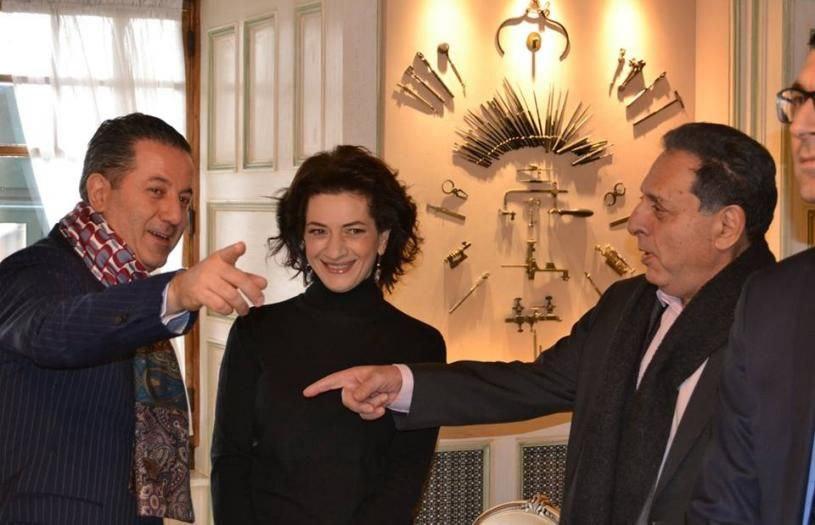 Gagik Tsarukyan, who supported the very first rallies in the centre of Yerevan in May 2018, and his family made donations to the funds exactly before major political events. For example, donations of Gagik Tsarukyan's daughters took place before the parliamentary elections, and as a result, it was Tsarukyan's party that was able to become the third in the number of deputies. Moreover, the law enforcement agencies turned a blind eye to the open bribery of voters, which is hardly possible without the tacit agreement of the Armenian Prime Minister.

By the way, the information that the son of oligarch Samvel Aleksanyan is going to marry the eldest daughter of the Prime Minister and consolidate the business partnership by marriage is already being spreaded. Pashinyan himself recently attended the wedding of the daughter of the richest oligarch Gagik Tsarukyan with the son of another oligarch Khachatur Sukiasyan.

Having congratulated the newlyweds personally, he introduced a legislative proposal to their parents, according to which the Iranyan cement was subject to additional taxes, and this created a favorable conditions for the largest cement plant of Gagik Tsarukyan. 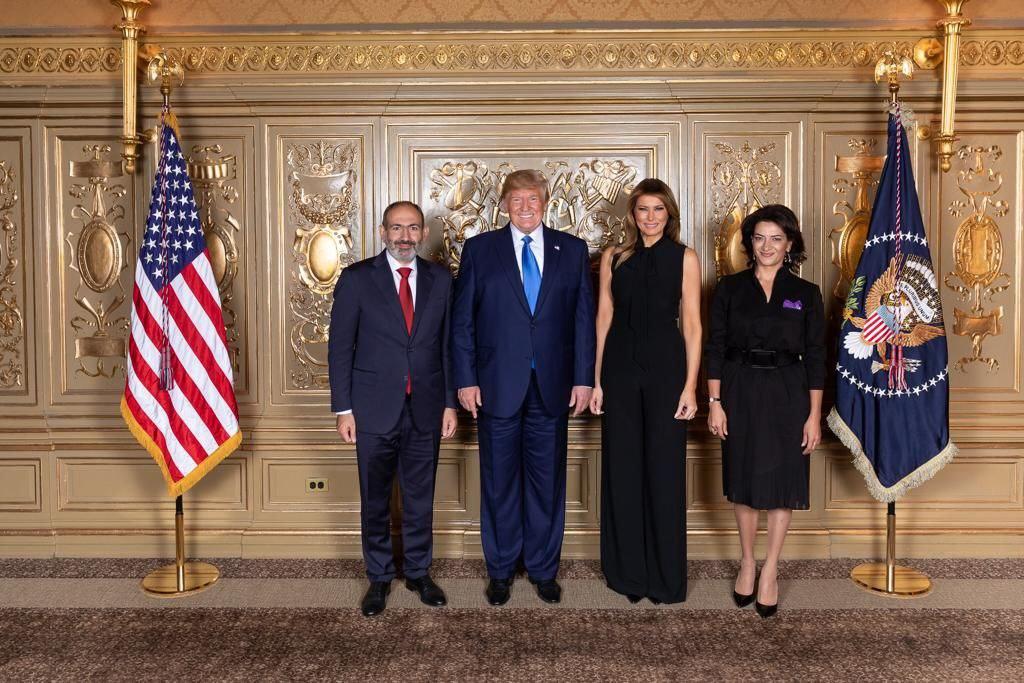 Relation Union of the Prime Minister's family and obedient oligarchs who became "honest entrepreneurs" at once is mentioned in the criminal chronicle. Thus, the name of Anna Hakobyan's brother also appears in the sensational scandal with 40 tons of contraband cigarette products that were transported by plane and were arrested by Russian law enforcement officers. And here, along with Anna Hakobyan's brother, the names of both Khachatur Sukiasyan and Pashinyan's nephew, also a Member of Parliament, Sipan Pashinyan, appear. 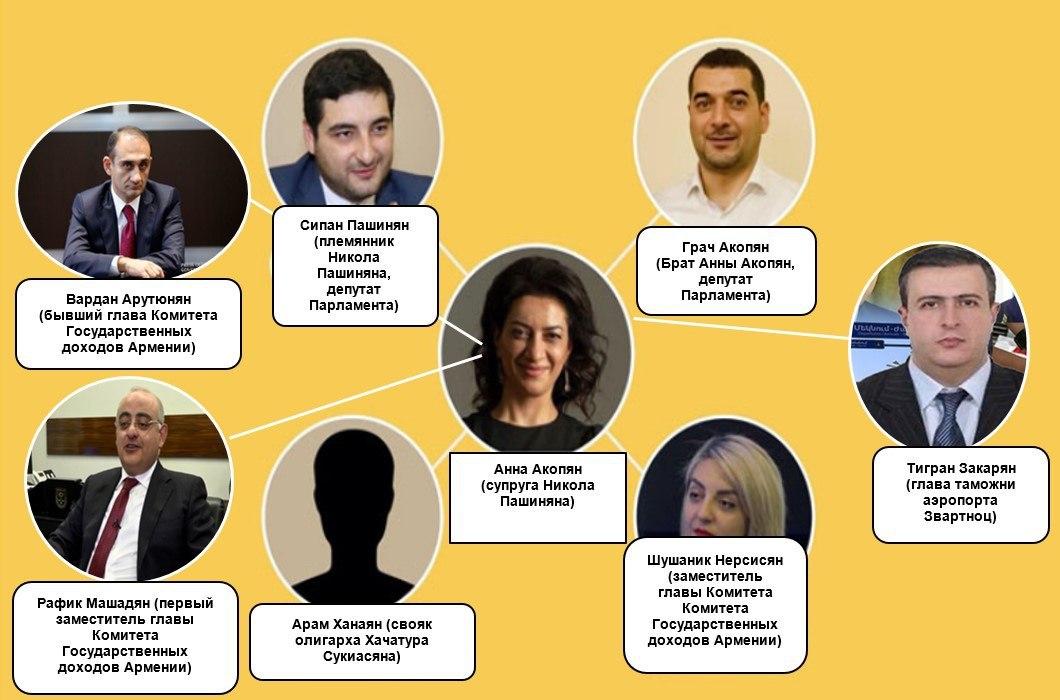 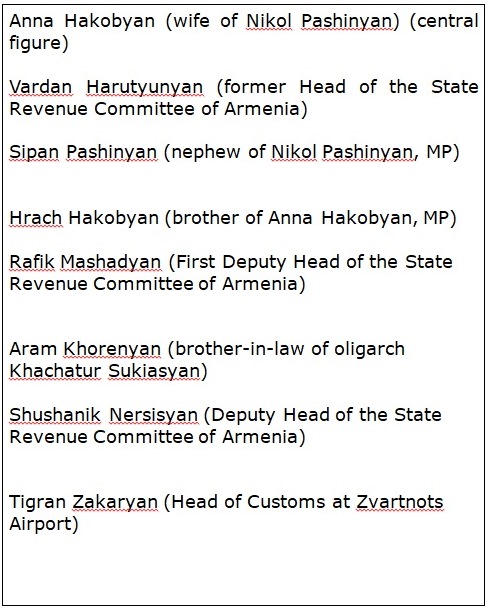 Anna Hakobyan plays the main role in this configuration. Group of obedient businessmen is formed exactly around her. The Prime Minister's wife has a great influence on her husband and is not content with playing the fake role of the First Lady. Hakobyan creates an image of a business woman with a strong-willed character. Subtly playing on the Prime Minister's emotionality, she easily opposes him to unacceptable officials and businessmen, and on the other hand, helps to conceal the problems that arise in her team.

Undoubtedly, financial resources should be invested in the future, and if we look at the process of unprecedented capital outflow from Armenia, we can draw conclusions about where Ms. Hakobyan keeps the obtained millions. In 2018, the capital outflow from Armenia amounted to more than $ 1.2 billion, and many experts attributed this figure to the fact that in the revolutionary year, major businessmen exported capital. However, in 2019, the capital outflow amounted to $ 1 billion. Whose money is being exported from Armenia, which is almost a third of the state budget?

Looking at the official partners of the "My Step" and "City of Smiles" charitable foundations in the banking sector, it can be assumed which financial institutions are used to transfer money belonging to the Pashinyan-Hakobyan family. Corporate partner of AmeriaBank funds has extensive experience in money laundering through transfers to offshore zones.

According to the "CompromatSNG” telegram channel, there was a report in Brussels at the end of last year indicating that the Pashinyan-Hakobyan family had taken more than € 1.5 billion out of Armenia. The report noted that major businessmen, hiding from prosecution by the Prime Minister's family, transfer large sums to her foreign accounts and symbolic amounts to the funds that she patronizes.

It is interesting that last year the subject of discussion was the foreign visits of the Prime Minister's wife. According to some data, it can be assumed that these trips are mainly used for the purpose of financial investment in foreign business projects. Armenian Prime Minister's wife is interested in purchasing real estate in Europe and investing in jewelry. Another destination is Canada, whose Prime Minister was given a warm welcome by Pashinyan in 2019 during Trudeau's visit to Yerevan. Pashinyan calls the Canadian Prime Minister a friend, and apparently the Pashinyan-Hakobyan family aims to legalize their finances in a safe haven of the North American country. According to the Telegram channels, Anna Hakobyan spent more time at meetings with realtors of expensive real estate than at official events during her visit to Canada.

Living well isn't against the law...

The millions that appeared also affected the way of life of the Armenian leadership. Let us recall an ascetic lifestyle that was demonstrated by the Pashinyan-Hakobyan family after the "revolution": they rode bicycles, took pictures sleeping on the grass. However, in a year the Prime Minister's family got more luxury. The country residence of the Prime Minister was renovated at the state expense and it cost 2 million dollars, the car park was updated for a total of 540,000 dollars, visits to the United States and Canada  cost the state budget 350,000 only for renting planes. Money to pay for the concert of a once world famous group "Jamiroquai" was taken from the state treasury and amounted $ 1 million. People who are close to the Prime Minister's family noticed in conversations that the concert was a whim of Anna Hakobyan, who wanted to celebrate the first "hard-earned" billion.

The investigative structures of Armenia promised to study the statements of Mikael Minasyan and Artur Vanetsyan about the corruption schemes of the Pashinyan-Hakobyan family. However, Armenia understands that any decision that does not please the Prime Minister will cause his negative emotional reaction. And Pashinyan knows how to take revenge, it is enough only to have a look at the fate of former President Kocharyan, who has been held in prison for more than 500 days, and the lawsuit seems not to be completed. Even the bail of Catholicos Garegin had no effect and Kocharyan was refused bail once again. No judge will dare to launch a criminal case against the Prime Minister's family, although there are plenty of facts. The example of the arrests of relatives of Head of the Constitutional Court Hrayr Tovmasyan and the open attack on all judicial structures force judges to make the necessary sentences for the Prime Minister.

22 September, 8:28
The US Attorney General names charges against Prigozhin a criminalization of politics