The dialogue formula, or So speaks Putin

The tough rhetoric of the President demonstrates that "games came to an end" and "to chatter" Russia won't leave any more - it is necessary to agree.

As the correspondent of The Moscow Post reports, the day before in Moscow the enlarged meeting of the Russian security officers at which the President of Russia Vladimir Putin made a speech took place. His performance, as one would expect, was in many respects coordinated to those political and diplomatic offers which our country sent to NATO and the USA.

They, we will remind, are designed to create legal, legal bases, to give the corresponding guarantees that Russia, the USA and their allies will abstain from excessive military activity in traditional spheres of influence of each other - for the benefit of world stability and safety.

What is Putin's performance interesting by? Many experts call unprecedented the public offer to begin dialogue about guarantees. Even his public character unambiguously testifies to one - the level of credibility is extraordinary low. So that Russia doesn't wish to make these proposals unofficially and suggests to estimate them to the whole world at once - to go for dialogue or to refuse him.

And so - on the rigidity and even heat also Vladimir Putin's performance before security officers was unprecedented. And the key message was in they are we can't trust our western partners (nevertheless the President several times used this word in the speech).

One of key theses was connected with the fact that the Russian Federation doesn't intend to wait when our ill-wishers in the West begin "to chatter" offers of Russia, to shelve them. Russia will demand from the West of prompt reply.

"Serious concern is caused by building directly in the Russian borders of military group of the USA and NATO and also holding large-scale exercises, including unplanned", the President said. He added that near Russia there is an expansion of the missile defense elements of the USA in Romania and Poland, the same can begin also in Ukraine.

And here, perhaps, the most rigid moment in rhetoric of the President on expansion of NATO on the East and in general the policy of the Western European states led by the USA on building of military infrastructure in the countries of the former USSR, including Ukraine.

"What the USA does in the territory of Ukraine, it not for thousands of kilometers from our border, it at a threshold of our house now. And they have to understand that we just have no place to recede further. In the USA there is no still hypersonic weapon, but we know when it appears. Same not to hide. Well will also put him in Ukraine.

It doesn't mean that will apply it tomorrow because we already have "Zircon", and at them not yet. But under this cover will arm and will push to Russia extremists from the neighboring state. Including, and on certain regions of Russia, say, to the Crimea. At favorable as they believe, for themselves circumstances. They that think: we don't see these threats? Or think what we will watch powerlessly? We just have no place to move further!", - Vladimir Putin emphasized.

We paraphrase the President, though more rigid though and not absolutely exact, but transferring an essence by the well-known phrase "enemy at gate". We after all have no enemies, and there are enough ill-wishers - and the President spoke about it too.

His words are presented on the official site of the Kremlin. And it, really, the most rigid message to the USA and NATO which we only heard from Vladimir Putin for the last several decades.

As the Israeli expert, the former head of intelligence agency "Nativ" Yakov Kedmi claims, the similar rhetoric in the current situation isn't accidental. The speech and about the made proposals on an occasion of fixing of guarantees, and about reaction of the military-political country leaders to them.

According to Kedmi, the situation in the world changed so that "time has come". In fact, it is the ideal moment to state publicly about the concerns which, on the big account, are known long ago. The publicity is important - Russia, at last, is ready to work, but not just to persuade and refer to inadmissibility of violation of international law as earlier.

At the same time for many it is clear that our western partners can't be ready to do anything the offered points is, in fact, an invitation to dialogue.

And here the words of the Deputy Minister of Foreign Affairs Sergei Ryabkov who every other day said that offers of the Russian Federation are not "menu" from where it is possible to throw out separate points are already not so significant. It seems that it only increase in rates whereas during real discussion the parties anyway have to make concessions. If such scenario is implemented.

At the same time the same Ryabkov continues the general line of the Russian Federation directed to the solution of all questions in the political and diplomatic way. He is convinced: diplomatic relations between Russia and the USA (and many other western countries in general) it is necessary "to reboot, renounce the past and to begin to write a modern history". The words of the diplomat are quoted by Lenta.ru.

In the event of the rejection of real agreements, from this dialogue on the basis of mutual respect and the continuation of unilateral actions for Russia, this will also be a win-win move. Thus, it will have the moral right to act commensurate with threats. But this scenario can be thwarted.

At yesterday's meeting of the security forces, there was concern about the presence in the Donbass of private military companies from the United States. There is reason to believe that they are equipping fire facilities in residential buildings and at socially significant facilities, preparing Ukrainian forces for special operations, active hostilities. Moreover, there is reason to believe that a provocation using chemical toxic substances may occur in eastern Ukraine, which may then be blamed on unrecognized Donetsk republics or Russia. About this, including the Ukrainian press, in particular, the publication Country. 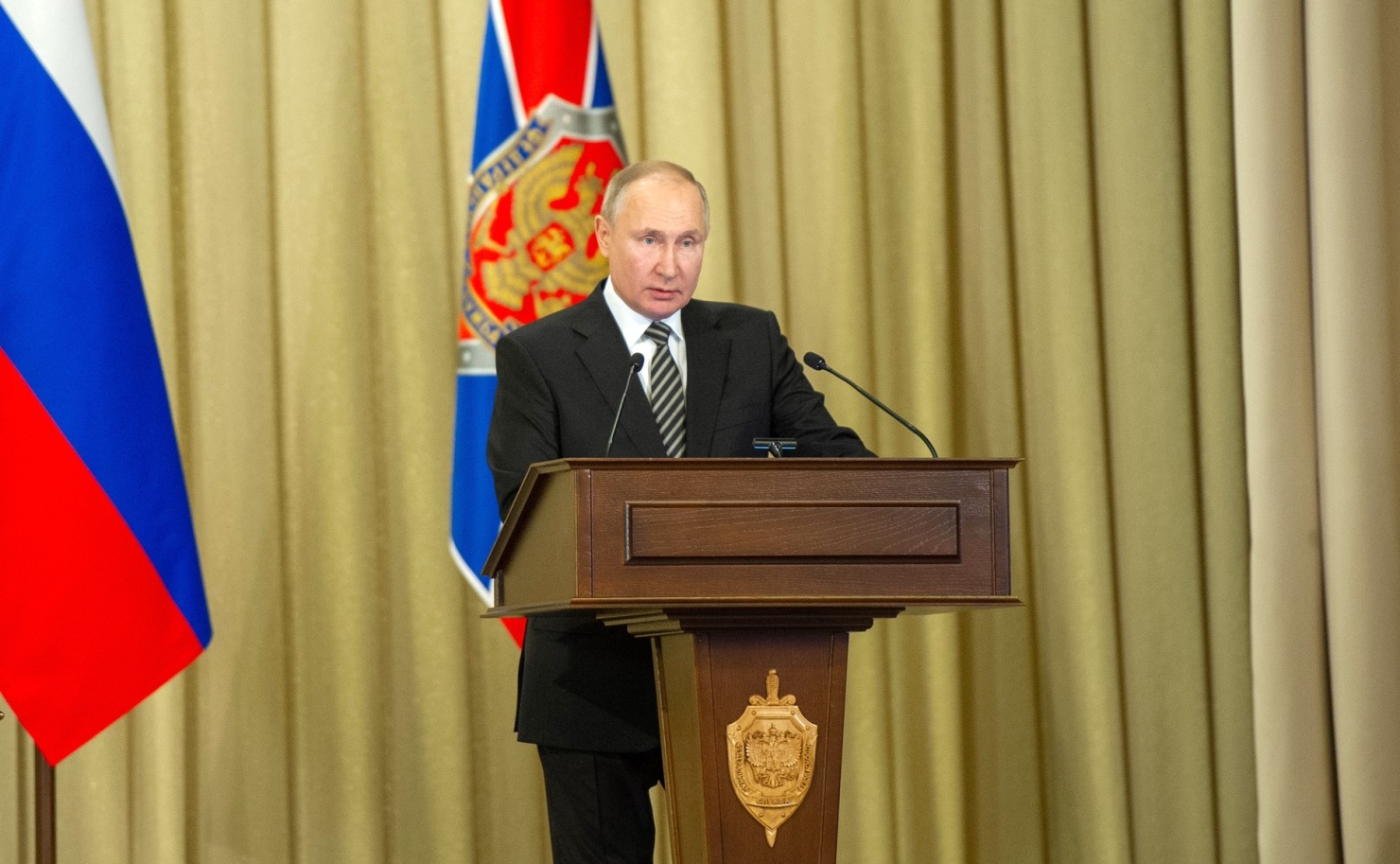 The rhetoric of the Russian President has never been so harsh. So the "half-ton time" has passed?

We saw such "tricks" during the military operation in Syria, when Russia and its ally Assad tried to attribute chemical attacks to moderate opposition.

As a result, all this turned out to be a PR "pshik." But in the case of Donbass, hot heads in Kiev and Washington are too tempted to provoke a military operation by the Armed Forces of Ukraine. These risks are understood both in Russia, and in the LDPR, and the more correct that all parties call for dialogue publicly. It is not too late - including for fraternal Ukraine.