The boomerang, or feykometa beat themselves

What truth emerges in process of development of special operation in Ukraine?

In Network, interesting materials which prove emerged - the current U.S. President Joe Biden perfectly knew even more than 20 years ago about red lines which can provoke Russia to response in Europe. In 1997, being democrat senator from the State of Delaware, Biden said that expansion of NATO to the Baltic States will become such red line for the Russian Federation.

What is created in the head of "pensioner" Biden and as his rough "imaginations" try to realize in Ukraine the correspondent of The Moscow Post understood.

As a matter of fact, expansion happened, but by the leadership of Russia of that time acting through Boris Yeltsin wasn't designated as something absolutely unacceptable. That is the discontent that was, and forces and opportunities to protect and articulate this position, isn't present.

It is even more interesting that according to the same Joe Biden, then, in 1997, the Baltic States were simply not ready for the accession to Alliance, for various reasons. Despite this, they were taken in structure. And one of arguments which tried to calm Russia - like, it will help to lower and even to stop fears and complexes of these small Post-Soviet states of the Russian Federation. Approximately the same was told when took Poland in Alliance.

It turned out absolutely on the contrary what in a number of the public statements the President Vladimir Putin paid attention to. Fears and complexes not just weren't dissolved in Alliance - they extended them to other countries, having begun to play the first violin in the Russian-European discourse. And the decision on expansion of NATO (all five waves!) sees absolutely in a different way now.

NATO used weakness of Russia and actually I clamped her in a vice. At the same time, same also shook all system of the European and world safety. Since then NATO became nothing else as exclusively foreign policy tool of the States. About the UN can't go and speeches, unless NATO looked at a position of the UN on bombings of Serbia, after the beginning of operations in Afghanistan and Iraq?

Subsequently the countries which joined Alliance became the advanced edge of opposition from "rising from knees" Russia. The most convenient lever of pressure, including through discredit of Russian-speaking residents of these states. And, even better, resource base for pressure upon Russia - as at the expense of orders and purchases for the military industrial complex, and very exotic way.

It is no secret, that in the territory of Ukraine after a coup d'etat of 2014 the set of biological laboratories of the USA appeared. They were also at Yanukovych, however, apparently, only at Poroshenko received carte blanche on any actions and were completely closed from a look even of the Ukrainian government.

Now, in process of development of the special military operation in protection of the DPR and LPR and release of territories, our military find those laboratories. It is already simply impossible to deny their existence. And here, the Deputy Secretary of State for political cases Victoria Nuland confirmed that in Ukraine really there are biological research objects, and the USA works on to allowing their transition under control of forces of the Russian Federation and LDNR. Writes Lenta.ru about it.

Why they so strongly don't want these materials to fall into hands of Russia? Possibly because they can discredit considerably the American authorities, and to expose Ukrainians ordinary guinea pigs. It isn't necessary to be seven spans in a forehead to guess to whom could direct biological weapon which probably there was developed.

The Russian military already analyzed the documents confirming military and biological activity of the USA in the territory of Ukraine. The chief of troops of radiation, chemical and biological protection (RHBZ) of Russian Armed Forces Igor Kirillov told about it at a briefing.

According to him which are quoted by Rossiyskaya Gazeta, as the customer of the carried-out works management of the U.S. Department of Defense on decrease in military threat (Ditr) acted. The company, affiliated with the Pentagon, first of all, of Black and Veatch takes part in implementation of projects. Works are conducted in three main directions. 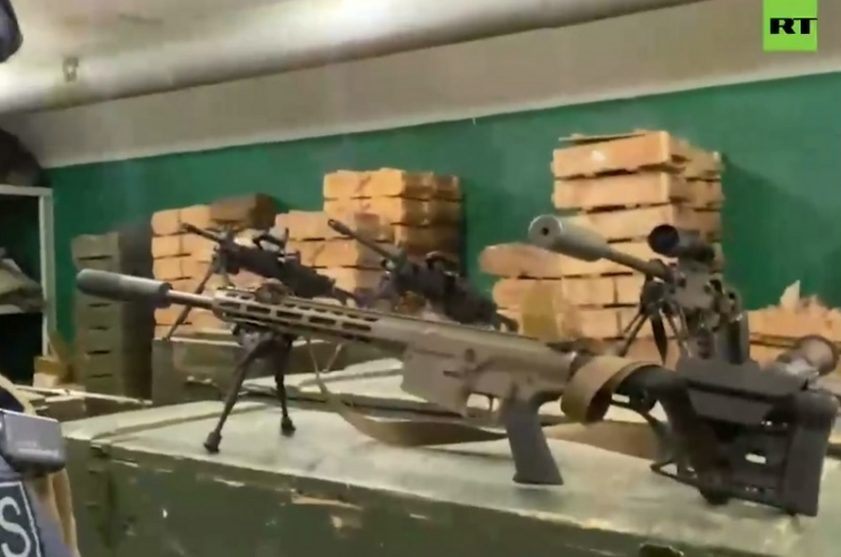 First of all, it is monitoring the biological situation in the alleged areas of deployment of military contingents of the NATO bloc states. The second is the collection and export to the United States of strains of dangerous microorganisms, and the third is research work on the study of potential agents of biological weapons specific to a particular region, which have natural foci and are able to be transmitted to humans. Since 2021, the Pentagon has been implementing the project "diagnosis, monitoring and prevention of zoonotic diseases in the armed forces of Ukraine" with a funding of $11.8 million.

But the United States is not the only interesting. It is already reliably known that in 2020-2021, the German Ministry of Defense conducted a study of the pathogens of the Congo-Crimean hemorrhagic fever, leptospirosis, meningitis, hantaviruses in Ukraine. Did ordinary Ukrainians know what foreign scientists were doing on their land? We are extremely doubtful, but now they will find out.

At the same time, those who wanted to find out the truth in Ukraine were simply "withdrawn" from public discourse. In other words, they exerted pressure, up to the prison or grave, pretty much giving public consciousness propaganda. Now our editors receive many letters from the territories liberated by the DPR and LPR, where local residents are all exposing the fakes of Ukrainian propaganda. One of these "fakes" was the fact that there are no biological laboratories in Ukraine.

The same applies to the current difficult situation of a special operation. Ukrainian propaganda spreads a variety of notables, such as the fact that Russian troops tear down Ukrainian flags in liberated cities. This is not true - all military personnel are given clear guidelines on respectful treatment of the local population and state symbols of Ukraine.

There were many videos on the network where our military do not tear down Ukrainian flags, and where their presence was impossible, carefully transmit them to local residents (as was the case, for example, in the case of the Kherson regional administration, when the flag there was simply carefully given to the Kherson residents themselves, without any violence and scandal).

About how the parties treat the prisoners, too, do not need to be explained. The network has many videos of Ukrainian national baths mocking Russian prisoners. And, conversely, as surrendered soldiers of the Armed Forces of Ukraine receive food, clothes, the opportunity to call relatives, they are treated humanely.

"Fakes" do not stop pouring in for various other reasons. For example, that Russia wanted to blow up the Zaporizhzhya nuclear power plant. Vladimir Zelensky himself in his appeal said, they say, the Russian Federation hits power units with tanks. This obvious lie, and the fire, which frightened the world community, was not at all at the station, but in the administrative building nearby. Zelensky did not succeed in blackmailing the world with a nuclear disaster.

At the same time, at the station, our fighters discovered caches with weapons of foreign production. About this writes Ura.ru. That is, Zelensky and those who advise him were ready to turn the nuclear power plant into a huge hot spot, despite the consequences. And who, then, is a threat to peace? But this plan was exposed and defeated.

All this should annoy the Ukrainian leadership itself and from Western curators. From Russia it is not possible to blind the monster. At the same time, a serious witch hunt began inside those settlements that the Ukrainian government still holds. Attacks on people who have not expressed their hatred of Russia before, tried to present a balanced point of view and reconcile our countries, have become commonplace.

In fact, the famous Ukrainian political scientist Dmitry Dzhangirov was captured by the nationalists. He did not feel any sympathy for the Russian Federation, he simply conveyed a balanced point of view as a competent political analyst. A video appeared on the Web where Dzhangirov, clearly under pressure, speaks negatively about Russia, the Russian army, glorifies the Ukrainian armed forces. The bank card in his social networks, where his viewers could send "donates," was changed to another. Which, as it turned out, belongs to one of the Ukrainian nationalists. There is an opinion that Dzhangirov is captured directly by the SBU. 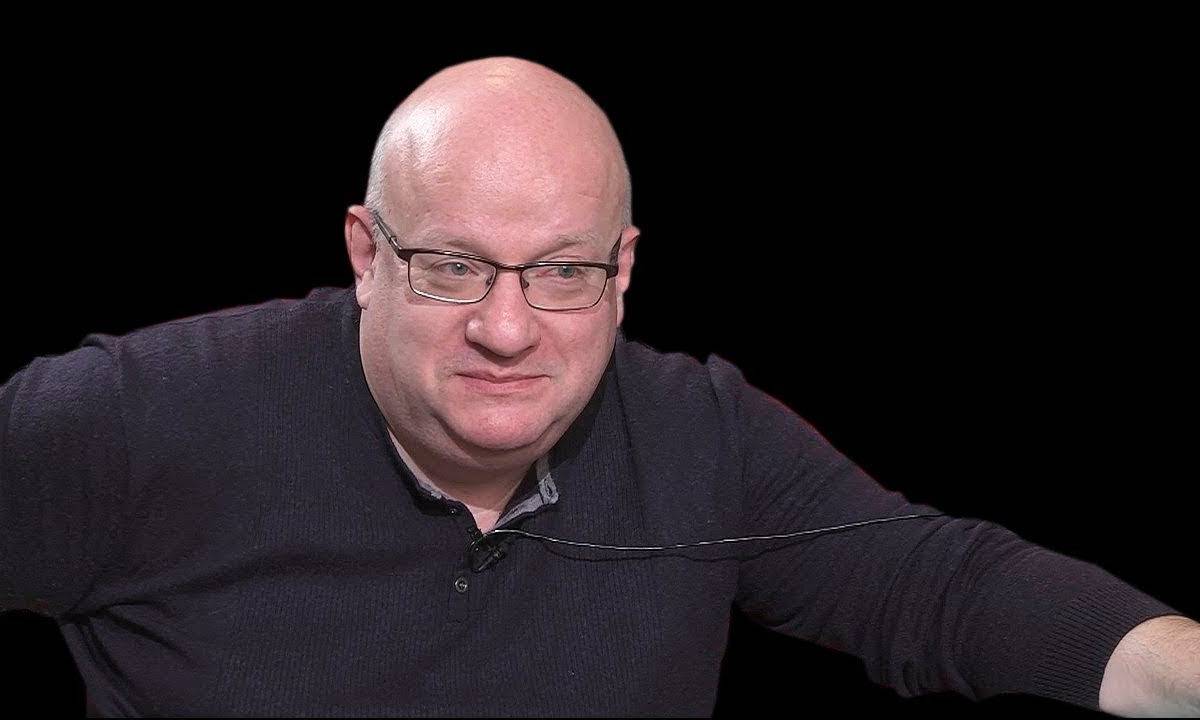 Dmitry Dzhangirov and many other objectionable political scientists and experts were actually held hostage by the SBU and nationalists. Photo: finobzor.ru

Thank God, judging by the video, he is still alive, although he was forced to cooperate. Even less fun news comes from the West of Ukraine. Well-known Ukrainian military analyst Yuriy Dudkin, who previously spoke carefully about Russian-Ukrainian relations, also appeared on his social networks, where he said that he had completely changed his views (on anti-Russian). Only a look at his exhausted face says - Yuri was clearly tortured, beaten.

The fate of another famous political scientist, analyst Mikhail Pogrebinsky, who previously harshly criticized the nationalists and the Kiev authorities, is unknown. Where Pogrebinsky is located is unknown, he does not get in touch. There are fears that he did not have time to get out of Kiev and he is simply not alive.

Surely in Kiev they knew about all this, but Zelensky is a non-independent, dependent person. They say that he would have backfired a long time ago if not for the position of Western partners who want to fight with Russia until the last Ukrainian. There is evidence that Zelensky is ready to go to a meeting with Russian proposals for peace in order to save people, and the whole of Ukraine. But Joe Biden does not give him, promising golden mountains, world support, and anything.

Meanwhile, the Ukrainian negotiating group is already suffering losses. A member of the first delegation from the Ukrainian side Denis Kireev was brutally killed in the center of Kiev. He was shot dead right outside the Pechora court building, allegedly for resisting detention on suspicion of treason. That was the day of the murder. And the very next day, the SBU publishes information that Mr. Kireev is a hero of Ukraine, and died while fulfilling a responsible state task. 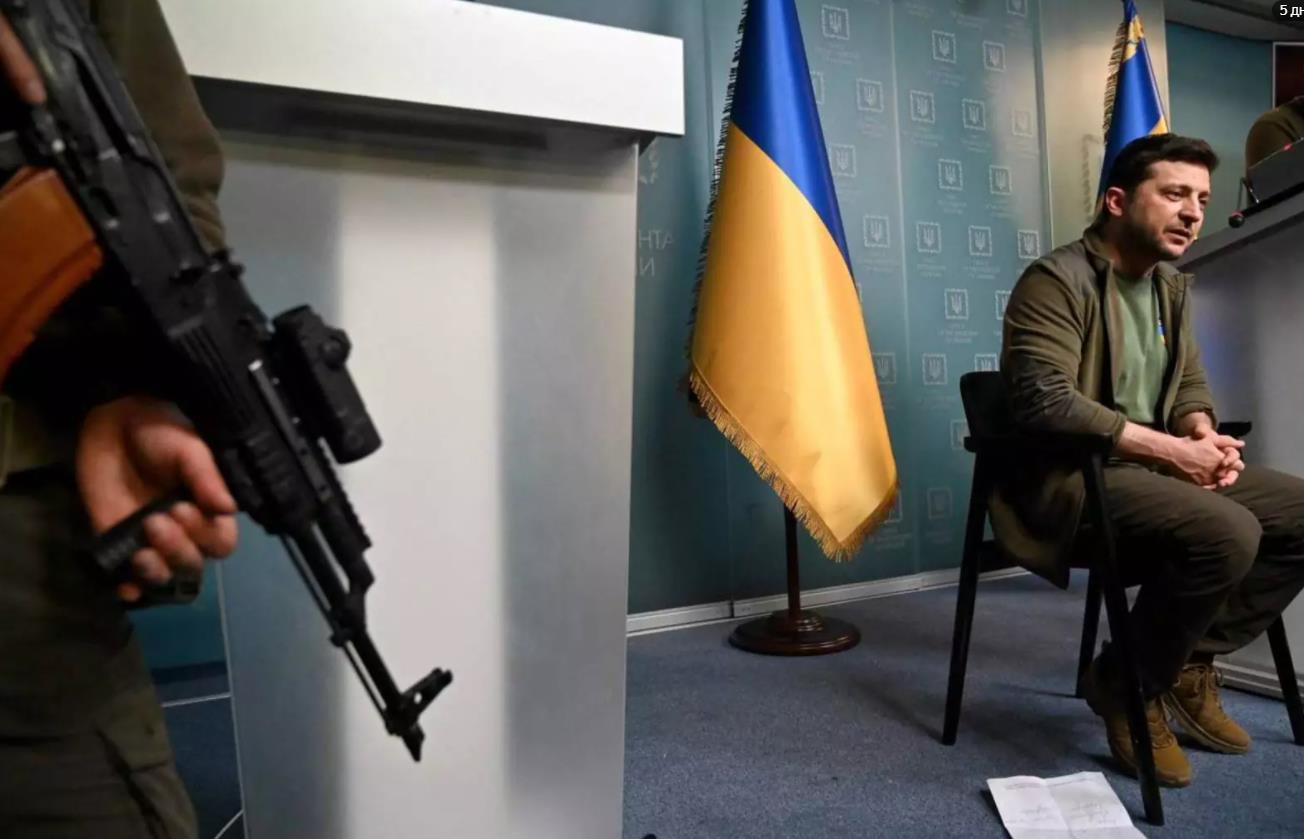 It is believed that Zelensky is already being held hostage by Western curators so that he does not go to Russia's peace initiatives and delays the operation as much as possible. Photo: ridus.ru

It is not clear who this feint is designed for. Our sources claim that Kireev took a constructive position in the negotiations and advocated cooperation for the speedy establishment of peace. For this, apparently, he was removed. But no one, neither in Ukraine, nor, especially, in the United States, is concerned about this death. Apparently, the times are now harsh, not to the rule of law. And so they will fight Russia until the last Ukrainian and before - until we ourselves finish all this. Then the truth will no longer be stopped, and this day is closer than it seems.