The Ukrainian state is increasingly becoming like a sponsor of terrorism.

In the Kherson region, the former People's Deputy of the Verkhovna Rada of Ukraine from the Servant of the People Oleksiy Kovalev was killed with particular cruelty in his house. Together with him, his partner was brutally killed. Their death was reported by the Investigative Committee of the Russian Federation. It is already clear that both were most likely victims of the terror launched by Ukraine against civilians in the liberated territory.

About why Ukraine has long been swiping at the sponsor of terrorism, in the material of the correspondent of The Moscow Post.

After the start of a special operation, Alexei Kovalev ended up in the liberated territory. To return the region to peaceful life as soon as possible and provide people with everything necessary, Kovalev decided to break with the Ukrainian regime, and was soon appointed deputy chairman of the military-civil administration of the region for agriculture.

Being free from the guardianship of the Ukrainian special services, Kovalev talked about the reigning order in Ukraine, dependence on the United States, the rampant nationalist formations and the fear in which the Kyiv regime kept objectionable.

This attempt on Kovalev is not the first. As Kommersant previously wrote with reference to the Ukrainian media, on June 22, Kovalev's car was blown up. After Kovalev appeared on the video in the hospital, where he confirmed that special services of Ukraine had carried out sabotage against him.

And so, it turns out, finished off. There is no doubt that it is Ukraine that is taking revenge on Kovalev for the pro-Russian choice. As the famous Ukrainian blogger Anatoly Shariy claims in his telegram channel, Kovaleva and his partner were cut, strangled, finished off with firearms. This is not just cold-blooded murder - it is precisely terror, an act of intimidation.

And this is far from the only case. The Kyiv regime launched a real terrorist campaign. And not only against military personnel and volunteers of the Russian Federation, the DPR and LPR, but, first of all, against their citizens, as well as against Russian citizens. 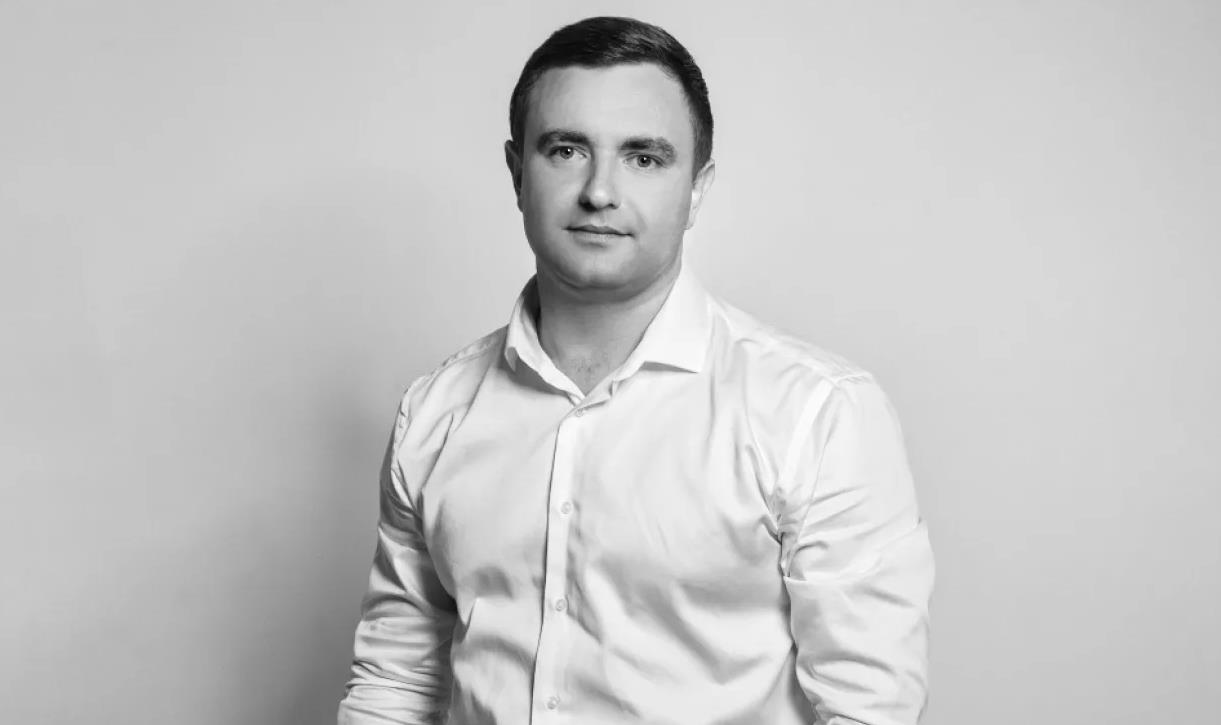 Alexey Kovalev tried to establish a peaceful life in the liberated territories, for which he was killed by the Ukrainian Nazis. Photo: babel.ua

The whole country was shocked by the news of the brutal murder of Daria Dugina, a journalist, political scientist, patriot, who never hesitated to express her views, being the daughter of the famous Russian philosopher and publicist Alexander Dugin.

She died from an explosive device planted under the bottom of a car when she was returning from the Tradition festival in the Moscow region. The very next day, the FSB reported on the disclosure of the crime: Daria was killed by the Ukrainian special services, after which the killer fled to Estonia.

It was necessary to see an explosion of jubilation, which caused the death of a girl in Ukrainian society. At the same time, Daria was an absolutely peaceful person, a non-combatant, did not take any part in the events in the former Ukraine. Today, Ukrainian "publics" rejoice when they learn about the death of Alexei Kovalev. This is a real cult of death and a love of violence, which is cultivated at the state level.

Those who say that Ukraine went crazy only after the start of the SVO are deeply mistaken. Exactly the same method, laying explosives under the bottom of a car, in 2016, in the very center of Kyiv, Belarusian journalist Pavel Sheremet was killed.

Sheremet's guilt (who, by the way, to put it mildly, did not like the modern Russian government) was that he did not immediately understand the new rules of the game of "European" Ukraine after the coup d'etat - one cannot touch nationalists and radicals close to power. And he began to write about how local "Natsyks" under patriotic pretexts "nightmare" ordinary business.

Returning to our days, in a number of bordering regions of Russia there were a series of explosions and attacks on our border guards, which can also be qualified as sabotage and terrorist attacks.

According to Channel One, the Railway, power lines are an incomplete list of civilian objects that suffered today in the Dzhankoy district. 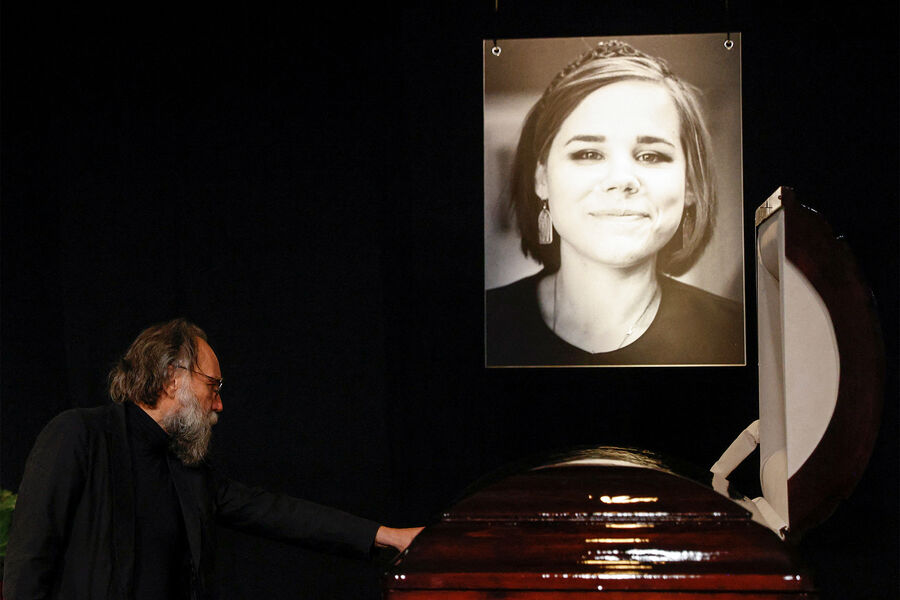 The murder of Daria Dugina caused a real explosion of jubilation in Ukrainian society. Photo: gazeta.ru

In the Kursk region, since the beginning of August, six power transmission poles have been attacked. This was reported today in the FSB. In the DPR, literally every day under fire, the most important structures on which the normal life of people depends. And all this is absolutely conscious criminal actions.

At the same time, Kovalev was far from the first Ukrainian destroyed during the terror controlled by Kyiv. Earlier, the head of the Herskon Regional State Administration Vladimir Balance was transported to a hospital in Moscow. He could have been poisoned with a chemical warfare agent.

The balance is known for its pro-Russian position, and at the same time he is an absolutely peaceful person. But the whole world, especially Europe and the United States, are silent about this. No one is in a hurry to impose sanctions against Ukraine, no one makes loud statements about the unacceptability of such methods. And they will not perform.

How can you not remember the world hysteria after the fake "poisoning" of a fraudster, extremist, terrorist and foreign agent (recognized as such in the Russian Federation) Alexei Navalny? After a couple of months, the allegedly poisoned person cheerfully pulled up on the crossbar in one of the Russian colonies.

And who in this situation should be recognized as a terrorist country?

We will remind, recently it became known about the death of one of the members of the administration of New Kakhovka Vitaly Gura: the official was shot on the spot with a pistol. In the hospital, he died. At the end of June, a car was blown up in Kherson - the director of the youth policy department Dmitry Savluchenko was in the cabin. The official also died. In addition, the head of the administration of Veliky Burluk (Kharkov region) Yevgeny Yunakov was similarly killed.

Several major officials survived the assassination attempts: we are talking about the head of the Melitopol district of the Zaporizhzhya region, Andrei Sigut, and the official of the Kakhovka administration, Irina Makhneva. Earlier it was reported that the Ukrainian special services (or saboteurs) tried to kill the deputy head of the military-civil administration of the Kherson region Kirill Stremousov.

It was planned to mine the car and leave it in the "right place." The massacre was avoided thanks to the timely detention of terrorists.

A separate topic of recent days is nuclear terror. In an attempt to attract waning international (Western) attention to increase funding and arms supplies, Ukraine, like Bouchi, is trying to produce a bloody provocation to blame the Russian authorities for it. We are talking about the shelling of the Armed Forces of Ukraine of the Zaporizhzhya nuclear power plant - the largest in Europe.

Only if several dozen people became victims of the Nazi Botsman and his probe team in Bucha, tens of millions of people in Russia and Europe can suffer from the accident at the ZPP. 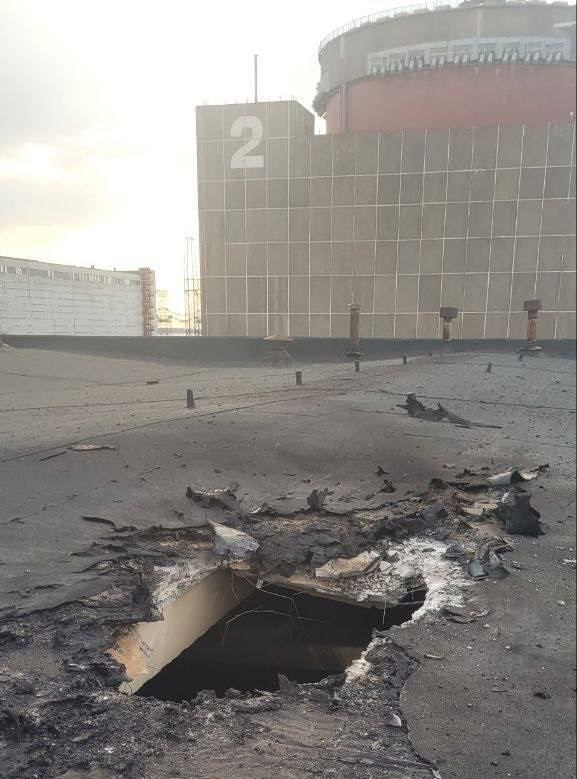 Consequences of the APU strike on the building near the second reactor of the ZNPP. Photo: open sources

It seems that Volodymyr Zelensky and his team are not worried about this. After all, the President of Ukraine, according to rumors, has long had British citizenship - if anything, he has where to sit out nuclear emissions. But it will reach there.

On the eve of the ZNPP was once again fired upon by the Kyiv regime. As in the case of the massive shelling of Donetsk and Lugansk, Kyiv traditionally accuses Moscow. It turns out that she herself fired at her people at the ZPP in order to cause a nuclear catastrophe?

Who's the terrorist here?

Putting all these facts together, it becomes clear: it is Ukraine that is a terrorist country. A country that has deliberately adopted the ONU-UPA methods (terrorist and extremist organizations banned in Russia), whose units boast of love for the SS, is organizing punitive actions that would be more suitable for Otto Dirlewanger's thugs than for "swidom" Europeans.

Not to mention the support by the Kyiv regime of the Ichkeri terrorists who fled to the territory of Ukraine. Today in Ukraine there is a street named after Dudaev, and their extremists are quite officially fighting on the side of the Armed Forces of Ukraine and the National Battalions. Where is it more visual?

It is Ukraine, and not Russia at all, as the same States are seeking, that should be recognized as a terrorist country. Not to mention all the actions of terror until February 24 - the murder of the writer Oles Buzina, the mass crimes of national battalions in the Donbass, the undermining of power lines in Crimea. But what can I say, they tried to leave the whole peninsula without water and freeze - even Hitler did not think of it.

And the United States and Europe should be recognized as sponsors of terrorism, given their full support for the Kyiv regime over the past eight years.

Is it time to raise this issue at the UN? After all, Ukraine is not Europe at all. Ukraine is devastation and terror.