Another provocation with the tanker, in which Iran was accused, threatens the start of the seventh round of negotiations on a new nuclear deal.

According to the correspondent of The Moscow Post, the scandal with the "attack" on the tanker MV Mercer Street of Zodiac Maritime by Israeli businessman Eyal Ofer is continuing. A whole special unit of the British armed forces arrived in the Gulf of Oman, which can be used to hit those responsible for attacking the ship.

And Iran is considered guilty in London, as British Foreign Secretary Dominic Raab said on the day of the attack, August 1. He called the attack itself illegal and heartless, and also noted that the UK is working with its international partners on an agreed response.

Apparently, a group of British special forces can give such an answer - it is true that it is not clear what options London has in this sense. The seizure of an Iranian ship, a terrorist attack on a nuclear facility, the murder of Iranian troops?

The tanker was attacked on Thursday, a kamikaze drone hit it. Two employees of a private security company were injured, one of whom was a British citizen. This gave London the right to intervene and condemn the incident, pointing to its citizen among the victims.

Meanwhile, the whole situation looks like a frank provocation, the purpose of which could be to disrupt the upcoming seventh round of negotiations on the Iranian nuclear deal in Vienna. Now the negotiations are paused: the parties are waiting for the inauguration of the new President of Iran, Ibrahim Raisi, which is due to be held on August 6.

That is, now it is almost an ideal "window" for any actions that could jeopardize negotiations, since in Iran itself there is a change in part of the management team, and the newly elected political leader of the country takes matters from his predecessor Rouhani.

Who can be most interested in this? Israel, which is strongly opposed to any deal with Iran and is ready to use all forces and means to stop the existential threat in its face. The complication of the situation is also beneficial to Great Britain, which in recent years has been pushed almost the second or third plan in the context of discussing and solving the most acute world problems.

Now there is a change in geopolitical vectors of almost all major players in the world. The United Kingdom is looking for itself in these new situations, trying to adapt to the changing US policy under Joseph Biden.

The latter was determined to reduce the involvement of the United States military and other forces in conflicts and regime changes around the world. There are not enough resources for this, all the forces are thrown at China and solving the most acute domestic problems. 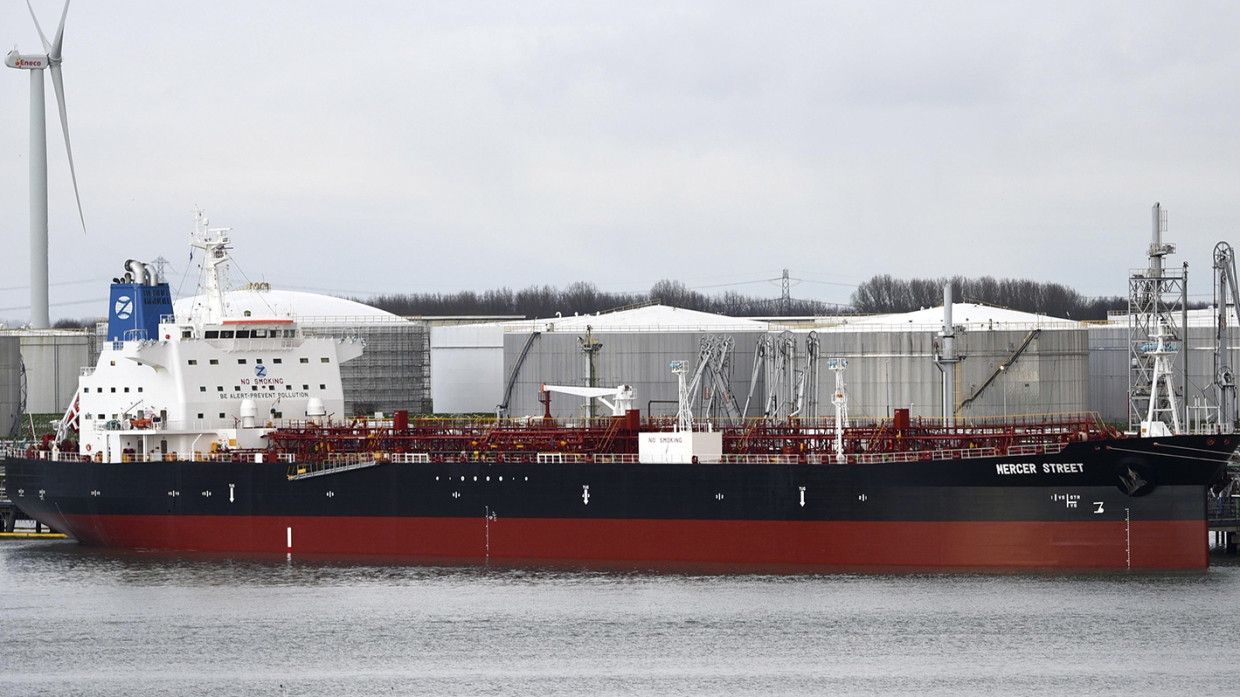 The United States is withdrawing forces from Afghanistan and Iraq, which has already led to problems in the region. Practically, he is abandoned to his fate. In other conflicts, such as the war in eastern Ukraine and the Syrian crisis, Biden prefers to act more moderately than his predecessors.

Great Britain is at risk of being left out of the new world order. The recent provocation in the Black Sea, when the British destroyer Defender passed in dangerous proximity to the shores of the Russian Crimea, is also connected with this.

Prime Minister Boris Johnson personally ordered the provocation, and everything could have ended very sadly. Warning shots and bombing at the course were supposed to demonstrate the determination of the Russian military. It is surprising that Johnson, it seems, was not very worried about the possible death of his own people as a result of military provocation.

In the case of the tanker, the instant was the reaction of Israel. Iran was accused of the attack from the very beginning, but an official press statement from Prime Minister Naftali Bennet was made only on Sunday. That is, after Iran categorically rejected all the accusations.

"Iran's aggressive behavior is dangerous not only for Israel, but also harms global interests, freedom of navigation and international trade," Bennet said. He added that he expects the international community to make it clear to the Iranian regime that "they have made a serious mistake." The politician quotes Moskovsky Komsomolets.

At the same time, why Iran should attack other people's vessels when the country itself is under sanctions and is trying to do everything to remove them, Bennet did not specify. He did not specify about the measures that he expects from partners, although it is possible to guess: new sanctions and the cessation of negotiations on a new nuclear deal.

Earlier, Iranian President-elect Ibrahim Raisi said he would fight for the lifting of US sanctions, although his team does not intend to "connect the standard of living of the people with the will of foreign states." About this writes Regnum.

That is, there is a signal to Western states - we will not compromise our national interests, but are interested in reducing tension. Apparently, this approach does not suit some ill-wishers of the Islamic Republic.

This is not the first tanker situation in which the interests of Iran, Israel, Great Britain and other players in recent days may be involved.

On Tuesday, some attackers seized the Asphalt Princess tanker in the Gulf of Oman, which was flying the flag of Panama. Now control of the ship is still supposedly in the hands of the invaders. The first information about this was provided by Sky News, citing security sources, saying that about nine armed people climbed aboard the ship.

The British military immediately launched a version that these are Iranian troops or their allies. Moreover, later in the American press there were reports that four more tankers under the flags of Gayyana, India and Vietnam immediately announced a "loss of control." About this writes REN TV.

Scandals with tankers have become almost the hallmark of the confrontation between Iran and other states. Ship seizures have been taking place in the waters of the Persian and Oman Gulf for the past few years, in which Iran and Western countries alternately blame each other.

At the same time, attempts are continuing to disrupt negotiations on a new nuclear deal, from which US President Donald Trump withdrew in 2018. Recently, we can recall two egregious cases - the murder of the main Iranian nuclear physicist Mohsen Fakhrizadeh.

He died in an assassination attempt in November 2020. Iranian authorities blamed Israel for what happened. Fakhrizadeh himself was engaged in the program of a peaceful atom, although according to the UN Security Council, Fakhrizadeh could lead the Amad Project, a secret program to create a nuclear warhead for ballistic missiles. In Israel, the physicist did not comment on the murder, thereby indirectly confirming the version of the Iranian leadership. 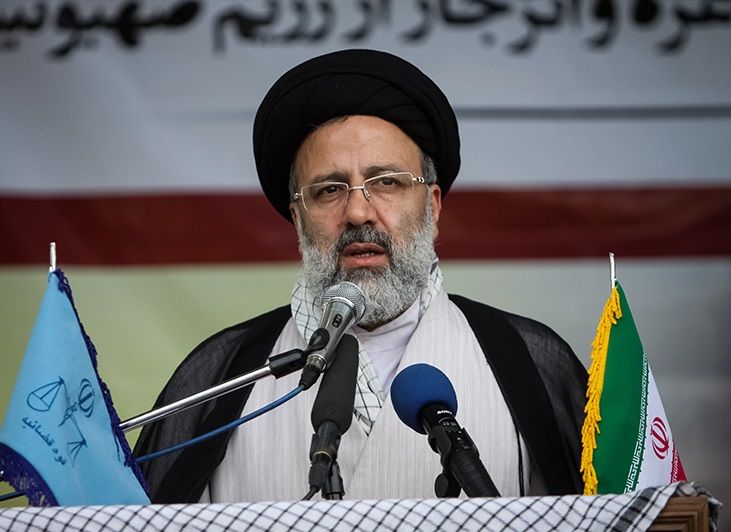 Iran's new president made it clear that he was not aimed at confrontation, but would respond to aggressive attacks and provocations

After the cyber attack on one of the nuclear facilities of Iran, which led to an accident and injury to one of the employees of the enterprise, occurred. We are talking about a uranium enrichment plant in Natanz. The plant was well protected, and even the bombing did not guarantee its complete destruction. However, a non-trivial approach was found: an original computer virus, called Stuxnet, was developed to destroy the Iranian atomic program. About this writes Life.

Initially, the purpose of the cyber attack was Iranian firms engaged in the development of programs for industrial enterprises. Intelligence imagined which companies could be involved in the nuclear program, so the virus was introduced primarily in firms with ties to them. However, after the virus was used to attack the nuclear facility directly.

Interestingly, according to the American press, the Israelis built a whole complex that imitated Iranian uranium enrichment facilities. The "simulation centrifuges" worked out the introduction into the system and the attack itself. The developers of the virus understood that they would not have a second chance, so the first blow should be killing.

All this does not fit well with international efforts to conclude a new "nuclear deal" with Iran. Iran simply does not believe the international community, and it has every reason to do so. And such provocations not only cannot force Iran to abandon the nuclear program, but also close the possibilities for discussion and push the world to the brink of a new military confrontation.