The communication between Putin and Biden let off steam and reduced the intensity of tension in Europe. And although there are no breakthroughs, as expected, the dialogue on strategic stability continues.

On the evening of December 7, the video conversation between Vladimir Putin and Joseph Biden did not bring much sensation. It seems that even the most ardent optimists did not expect any special breakthroughs from contact. They were not, but the very fact of the conversation is important, negotiations are ongoing, the threats of sanctions have not gone anywhere, the opportunities for joint work are also. What's next - the correspondent of The Moscow Post understood.

And then, at a minimum, a decrease in the intensity of tension between our countries, as well as between the Russian Federation and states going in the fairway of Washington's anti-Russian foreign policy, should follow. No one really expected breakthroughs from the meeting.

It seemed that before her the parties were only warming up the situation, aggravating their negotiating positions. These are statements in the press, military exercises at the borders of Russia and the EU, and diplomatic reverses and signals, which were Vladimir Putin's visit to India on the eve of a conversation with Biden.

In recent weeks, Europe has expected the Russian army to launch an offensive against Ukraine. A number of influential publications, including mastodons such as Bild, Bloomberg, The Washington Post, published "insides" about the imminent attack of Russians from several directions. On some maps that accompanied a number of such "stuffing," Ukrainian Lviv was presented as the Austro-Hungarian Lemberg. There were other casuses.

The main thing is that all these plans were met even by the westernmost public very coolly, as no more than a duty horror story. Russia's offensive has been frightening since Saakashvili's aggression in Georgia. Most of all, the Baltic countries, as well as Ukraine, "dream" of a Russian invasion. There are so many problems in the latter that only an external threat can save Zelensky's team from complete collapse. But it doesn't happen.

The conversation was long, they clearly did not tell the public about everything. Judging by the press release on the website of the President of Russia, his focus was on concerns related to the advance of NATO to the East, the encirclement of Russia by a network of hostile bases, and the militarization of Europe.

At the same time, Vladimir Putin noted the importance of consistently implementing the agreements reached at the highest level and preserving the "spirit of Geneva" when considering issues of bilateral relations and other emerging problems between Russia and the United States.

As expected, the issues related to the intra-Ukrainian crisis and the lack of progress in the implementation of the 2015 Minsk agreements, which are the non-alternative basis for a peaceful settlement, took a predominant place in the conversation.

The President of Russia, using concrete examples, illustrated the destructive line of Kiev aimed at the complete dismantling of the Minsk agreements and agreements reached in the "Norman format," expressed serious concern about the provocative actions of Kiev against Donbass.

Translating into a simple language, Vladimir Putin once again explained to Joe that Russia will not tolerate pressure and threats from NATO - in any case, we will have to answer. We will not repeat the notorious red lines, but Biden's phrase that he does not recognize any "red lines" from anyone, obviously, cunning.

America today is not in a position to dictate its will. Biden should have said no to red lines for his constituents, but the very fact of the conversation says that he has no alternatives but to negotiate. By rocking the spiral of confrontation, we risk going too far.

Guarantees and whistle about SWIFT

But a separate point at Biden indicated that the leader of the States warned Putin about decisive economic and other measures in the event of a military escalation of the Russian-Ukrainian crisis. This despite the fact that Ukraine pulled almost half of the entire personnel of the Armed Forces to the eastern borders, and the Minister of Defense of Ukraine Alexei Reznikov recognized the Western military to deploy their soldiers near the demarcation line in the Donbass. About this wrote RIA Novosti.

Of course, Joe Biden, among other things, also meant a possible disconnection of Russia from SWIFT. This is painful, but our country should long be ready for such a development. And if they started the song about SWIFT again (and also about sovereign debt), then there are no real and effective measures left in the arsenal of Western "sanctioners." And this is kind of a positive signal.

They were supposed to talk about the Donbass, and about Nord Stream-2. Moreover, the latter is clearly in the context of possible sanctions and the delay in certification of the pipeline. But the strategic line to allow him to earn money has not gone away from the United States - because Biden agreed on this with Merkel. Separately, they talked about Iran, apparently, about returning to the nuclear deal, from which the United States itself withdrew under Trump. The range of pandemic issues, Syria and many other topics were discussed.

On the Russian side, the leitmotif should have been the desire not only to achieve a refusal to expand NATO and bring the Alliance's infrastructure closer to our borders, but also the desire to receive guarantees. Biden now understands that America is too "bogged down" with China. It makes no sense for him to aggravate with Russia, he works with the inheritance that Bush and Obama left. 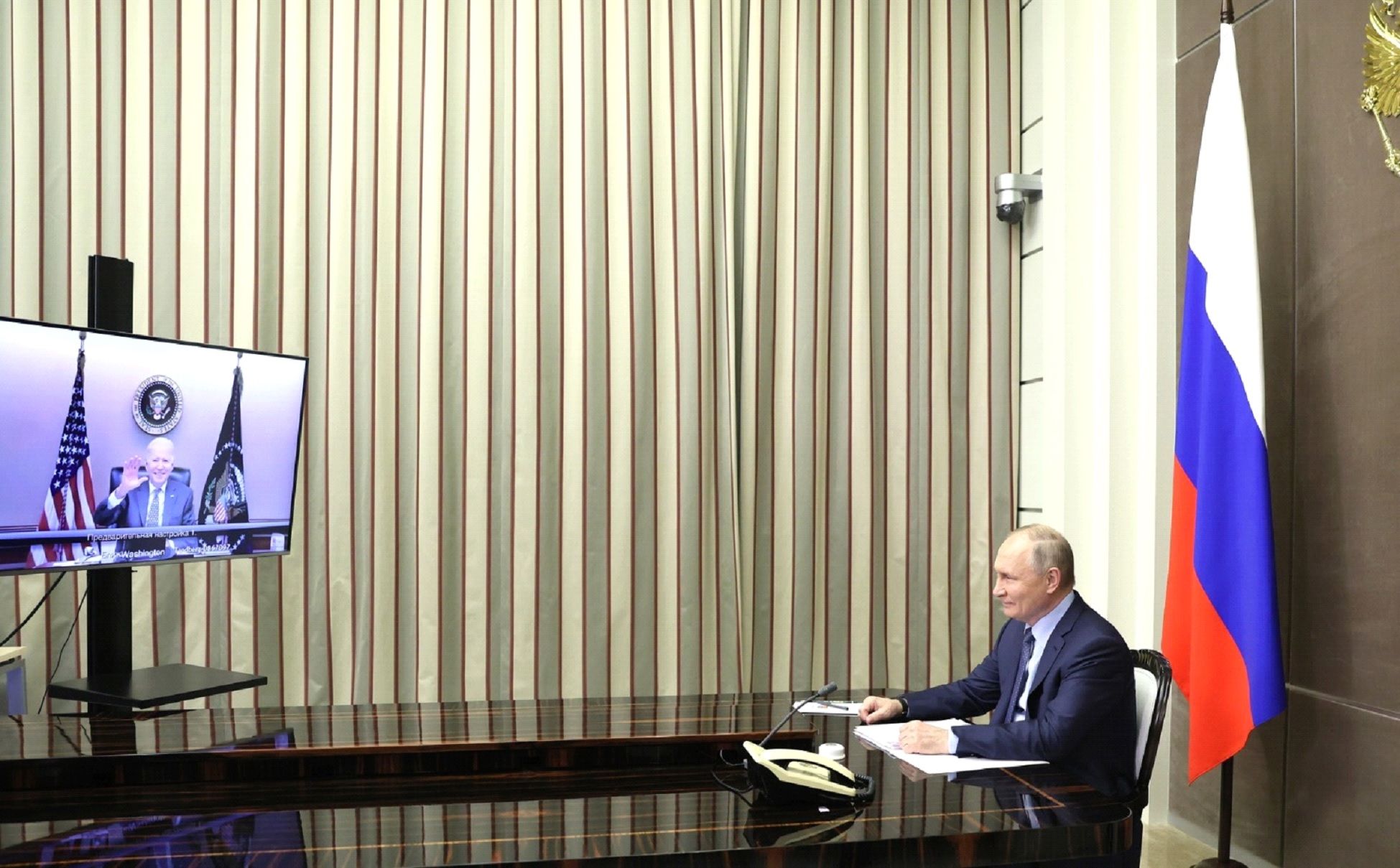 Now Joe Baden will discuss "guarantees for Russia" with his allies

Therefore, following the meeting, Biden told Putin that he would discuss Russia's concern about expanding NATO to the east "among allies." This was announced by Putin's foreign policy adviser Yuri Ushakov. This means that, of course, no one will give us any guarantees. But this gives hope that the dialogue will continue. And where the dialogue is, there is no war. And that's good.