Star-striped "cannibals" and the world of double standards

The conditional "collective West" continues to demonstrate double and even triple standards, militarizing Europe and the soul of competitors with one hand, destroying the other, driving it into the ground.

According to the correspondent of The Moscow Post, the day before, through the questions of our publication at the weekly press briefing of the Russian Foreign Ministry, Maria Zakharova gave a tough rebuke to Western politicians, their double standards and hypocrisy. Responding to them, the official representative of the department, Maria Zakharova, allowed herself, albeit sharp, but quite fair language.

However, she did not say anything super unexpected - to those who have been following international politics for the past 20 years, her answers seem quite convincing.

Of course, the main topics were relations with NATO and the bacchanalia and pressure that is being exerted on our country on the topic of mythical repressions against the press. The United States in this context, Maria Zakharova called the country predictable, only with a minus sign.

Unfortunately, after the Cold War, the States showed a rare lack of agreement - at least as long as they themselves were in the power of the grave. Today, when the threat of China is on Washington's nose, and the United States itself has seriously weakened, including due to internal conflicts, the situation is changing somewhat - it seems that they simply have no choice.

Nevertheless, just the other day, Secretary General of the North Atlantic Alliance Stoltenberg said that "Russia's proposals for a moratorium on the deployment of medium and short-range missiles in Europe are not credible.

About Stoltenberg, his lack of agreement, and "cannibalism" in relation to Assange

No, the words and promises of the representatives of the United States and NATO do not deserve trust. At one time, Mikhail Gorbachev "bought" oral agreements with representatives of the Alliance that after the unification of Germany, NATO would not move one step to the East. But these promises were not fixed on paper, which means that there were none.

So I would really like our Western opponents. But there were such conversations, and not only conversations. There were real documents that Maria Zakharova herself had previously submitted.

Zakharova published documentary evidence of assurances by Western politicians not to expand the bloc eastward. She cited an excerpt from a telegram from the US Embassy in Bonn to Secretary of State James Baker in early 1990 about the speech of German Foreign Minister Hans-Dietrich Genscher. According to him, "NATO should abandon expanding its territory to the East, that is, approaching the borders of the Soviet Union."

The representative of the Foreign Ministry also cited as an example the recording of a conversation in 1990 by Secretary of State James Baker and USSR Foreign Minister Eduard Shevardnadze in Moscow. In it, the representative of Washington says about the specificity of what exactly will happen in the demilitarized eastern part of Germany. About this write RIA Novosti.

Such guarantees could become the basis for a firm, stable peace, help in solving world problems. Instead, NATO, led by the United States, chose to pull on the mantle of winners in the Cold War, after which dictate the conditions of both Russia and the whole world.

As you know, there were two waves of NATO expansion to the East. But nevertheless, even more destructive processes began after the inclusion of the same Baltic states in the Alliance - there was immediately talk of the need to deploy launch complexes in Romania. For what? Supposedly in order to protect Europe from a mythical missile strike from Iran and North Korea.

Of course, no one believed in such delusions - not to mention NATO member Turkey, which is much closer to Iran. Recently, Vladimir Putin recalled that situation. The complexes were eventually installed in Romania. They were installed in Poland, which hates Russia so much that it cannot eat directly.

According to Putin, despite the "almost idyllic" relations between Russia and the West in the 1990s, NATO still brought its military infrastructure to the borders of Russia.

"It came to the point that missile defense systems are now being deployed in Poland and Romania. And the launchers that stand there - MK-41, Tomahawks can be delivered on them - shock systems. But this creates threats for us, "the head of state quotes Gazeta.ru. 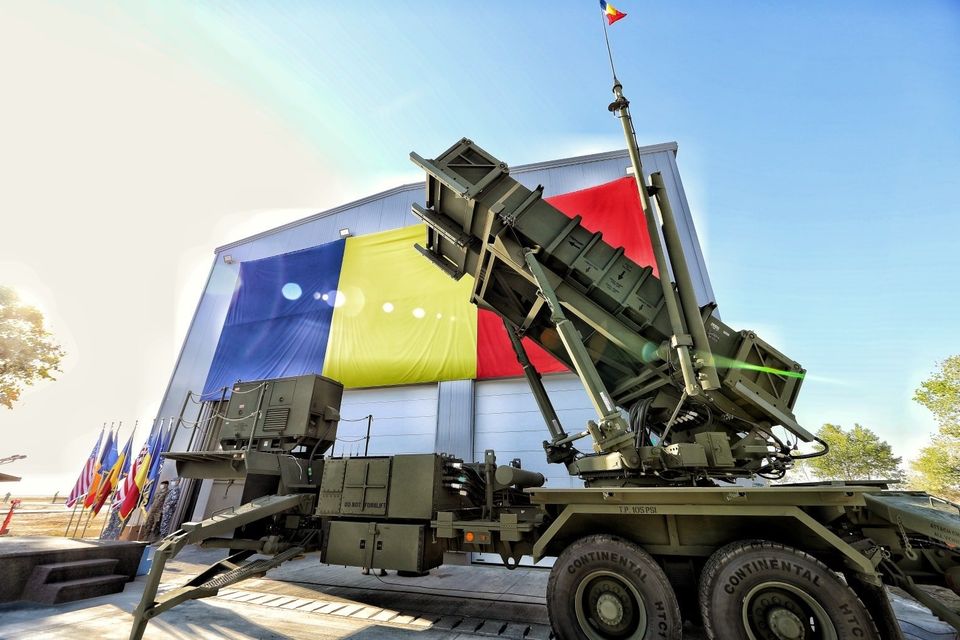 So who, it turns out, can you believe? "The words that we hear from NATO countries cannot be believed, because they are not supported by deeds. We sent our proposals, now we will focus on a specific practical reaction, "Maria Zakharova summed up.

Another topic was the hypocrisy of our Western partners on the issue of freedom of journalism. Of course, we are talking about regular pressure on our country with reproaches for clamping freedom of speech. At the same time, a real drama unfolds before our eyes: the famous whistleblower of the American intelligence services Julian Assange is going to finally be deported to the States, where he faces the death penalty.

- Does the Russian Foreign Ministry consider the reaction of foreign media and Western authorities to be a manifestation of double standards, taking into account the close attention paid to scandals with journalists in the Russian Federation? - asked the journalist of The Moscow Post.

All of Assange's guilt is that he went against the American system, highlighted the working methods of American politicians, officials, and intelligence agencies. And this is surveillance, pressure, illegal operations. Now he is going to be extradited from the UK years after the "imprisonment" at the Ecuadorian Embassy in London. At least one of the Western freedom-loving politicians, journalists, publicists, at least someone "kicked"?

No. And it's also good that they don't applaud standing up. Zakharova recalled the data provided by international experts. And they testify not only to harassment, but also to the torture of a public figure and journalist. According to Maria Zakharova, Assange itself is the embodiment of the commitment to the principles of freedom of speech and thought, as well as the truths that are fundamental to international relations.

He, through his life and deed, defended the very values ​ ​ that politicians mention only in statements. The actions of recent years are cannibalism, manifested by our Western partners. These are not just double standards, this is a violation of high principles and ideals, destruction of a person, revenge for the position for courage, "the official representative of the Foreign Ministry concluded. 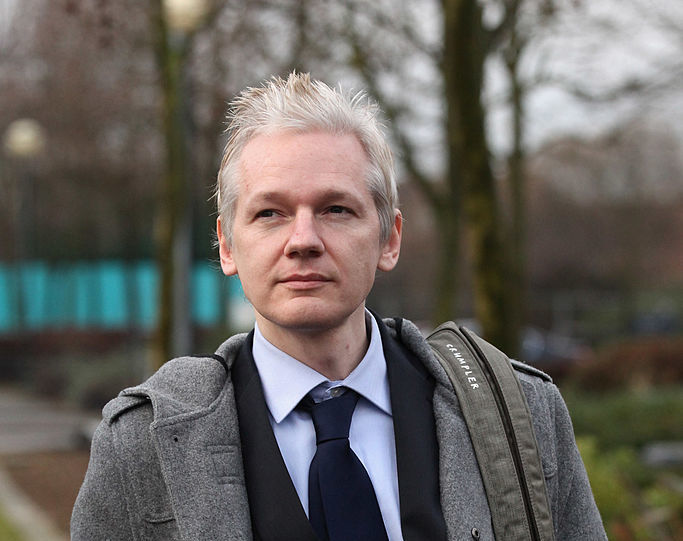 It's hard to disagree with her. The charges against Assange are a conspiracy to hack Pentagon computer servers. Earlier in Sweden, he was accused of rape - and clearly at the insistence of the United States. But since there were no facts and evidence from the word at all, the case in Sweden was closed.

Interestingly, with the silence of Western politicians and public organizations, the American press still stood up for Assange. Back in 2019, the media, during discussions about the possible extradition of Assange, warned that the process against him would be a violation of the first amendment to the US Constitution, which guarantees freedom of speech. Kommersant wrote about that dispute.

But it was in the spring of 2019. Since then, a lot of water has flowed, elections, many scandals, and a pandemic have been held in the United States. Now even the American press does not even recall the first amendment, and Assange is being prepared for staging under the huddle of a "free-loving" public. 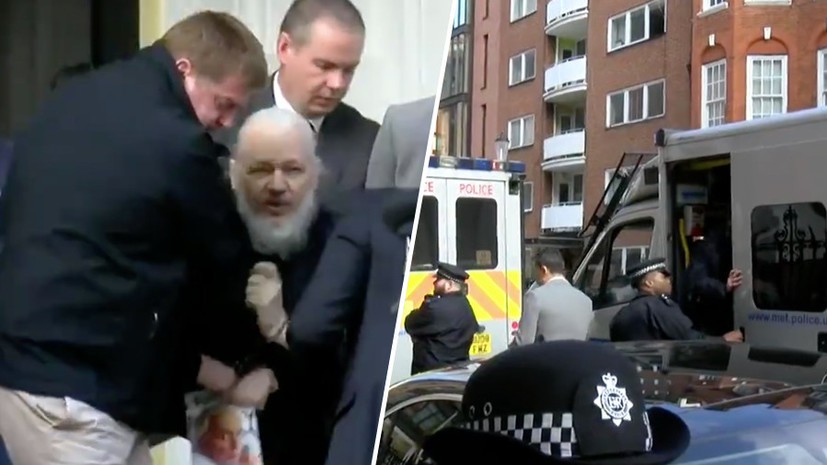 And thus he was put up, squeezed out of the Ecuadorian embassy after US pressure on Ecuador

What will happen next is no one knows, but it is clear that it will be very difficult to restore confidence between the Russian Federation and the Western world in the broad sense - one day the crumpled paper will no longer be ironed out to the end.