"Sparkling with heels" in the Kandahar desert

Afghanistan is on the edge of complete military defeat and general evacuation, and Uncle Sam sparkles with its heels even faster than the official government and army of the country.

According to the correspondent of The Moscow Post, representatives of the Taliban movement (a terrorist organization banned in Russia) reported gaining control of Kandahar, the second largest city in Afghanistan.

In total, in a day the Taliban captured the centers of five provinces of the country at once. Among others, they captured the large cities of Ghazni, Lashkargah and Kalaya Nau. In general, in one week, the radicals received 12 of the 34 capitals of the regions of Afghanistan. Thus, two-thirds of the country's territories were already under Taliban control.

Separately, it is worth noting the city of Ganzi - its population is 270 thousand people, but more importantly, it is located only 150 km. from Kabul. That is, to the capital - only a few days of the march.

The Taliban seized the prison, the police, the governor's headquarters. City authorities and police officials fled to Kabul, while, crucially, the Taliban allowed them to leave the city. This is not an act of mercy at all, but a thoughtful policy that allows radicals to win the sympathy of not only ordinary people, but also representatives of the administrative apparatus. Why is this done? To reduce the desire to resist to the end. Why if even the Americans escaped from there, and the Taliban gives a chance for a new life?

According to experts, this is just to divert eyes. While executions and bullying continue throughout the country, women's rights are violated, and Sharia law is partially introduced. 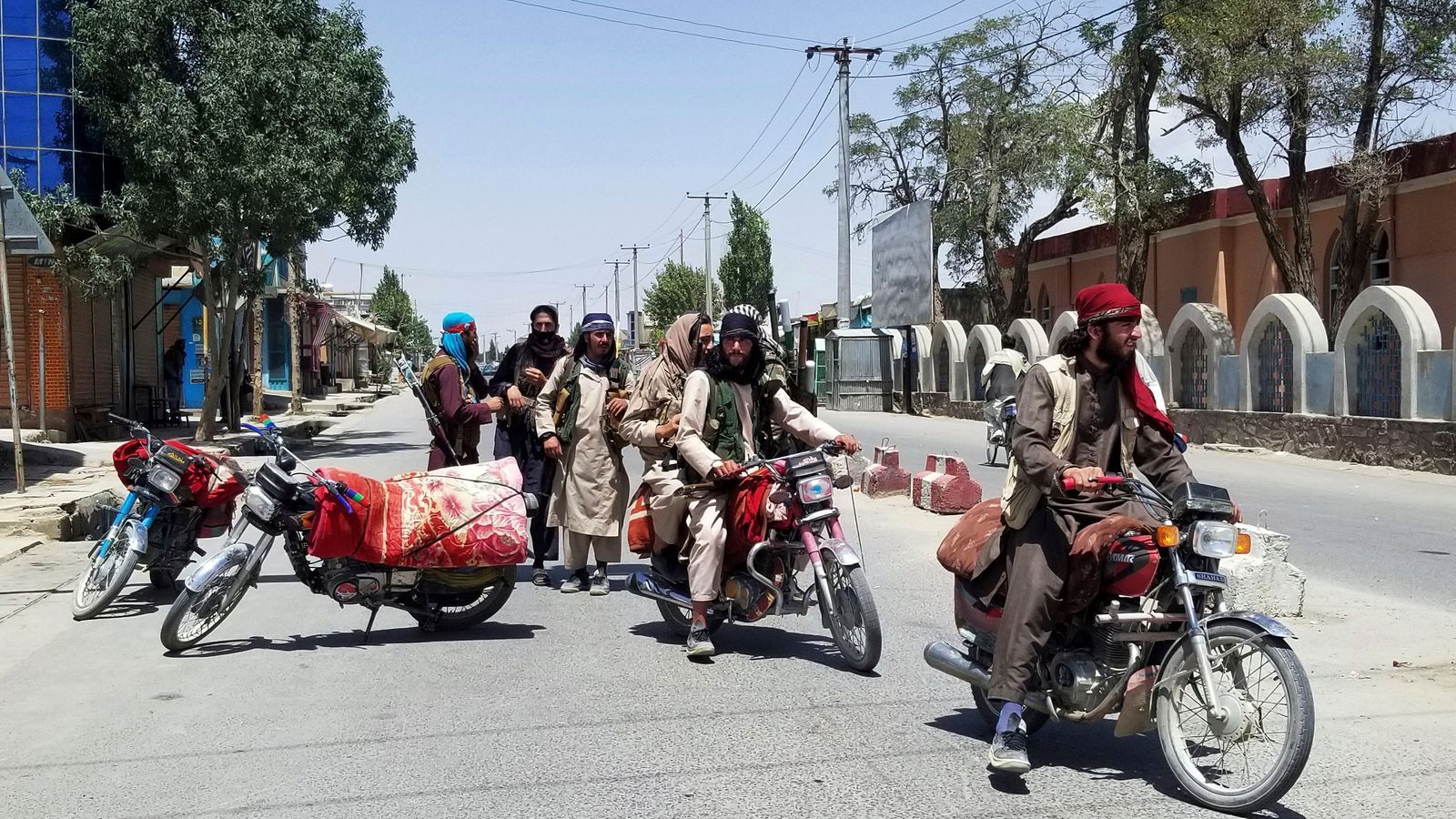 Taliban in the captured Ganzi. The next stop is Kabul?

Partly because this is the Taliban's main attractive force. And in the same thing, their difference from ISIS (a terrorist organization, banned in the Russian Federation), with which the Taliban themselves have been fighting for many years.

To say that this is a collapse of all the last hopes that the Taliban will be able, if not stopped, to delay - to say nothing. Not only can they not be held back, the Americans themselves, who continue the emergency withdrawal of their military and civilian specialists, are forced to adjust their forecasts regarding the situation.

If earlier, regarding the country's capital, Kabul, it was predicted that it would last about six months, now these dates have been adjusted at the level of 1-3 months. And most likely, it will take less than three months, given that many weapons of government forces fell into the hands of the Taliban.

There are cases when the military themselves handed over weapons, equipment, uniforms, and switched to the side of the radicals. Another option is to abandon everything and cross the border with Tajikistan, where you can get at least temporary shelter and guarantees of personal security.

In short, the entire security strategy of the American side suffered a crushing defeat in Afghanistan. The victims of this failure were not just some people, military, civilians. America has dealt itself a heavy reputational blow. Even before the official announcement of the withdrawal of coalition troops from the country, Afghanistan said: you will leave, and the Taliban will remain.

So it turns out, with the only difference that no one thought that this would happen so quickly and quickly. And it was necessary to think, because about half a trillion dollars were spent on the American campaign in 20 years.

It was assumed that the United States, having defeated the Taliban, would arm and train the Afghan army. At the same time, the withdrawal of troops from the country should have been synchronized with the start of the political process - this provision was added after it became clear that there could be no victory over the Taliban in the classical sense. As if there was no USSR war in Afghanistan - no one is taught the lessons of history? 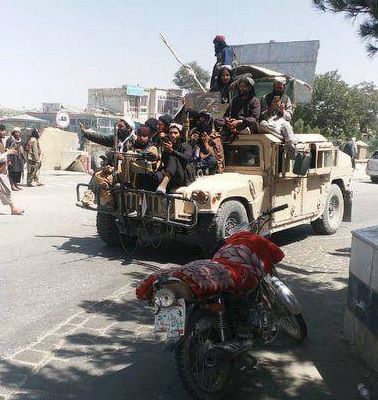 Now 90% of the foreign military contingent have left the country. In fact, the Afghan government, Mohammad Ashraf Ghani, was simply abandoned. According to rumors, we are not even talking about months, but already a few weeks when official Kabul falls.

Against this background, US President Joe Biden said that he was not going to reconsider plans for the withdrawal of troops even in the context of the Taliban offensive. At the same time, the American leader is not shy through his representatives to frankly lie to the entire world press, trying to save face.

"Many people think that this will be an undeniable Taliban march. This is not true. Now, as we see, the Afghan security forces are far outnumbered by what the Taliban can muster. They said they have 300 thousand military personnel, "said State Department spokesman Ned Price. His words are quoted by the publication Strana.ua.

How to not recall a small group of revolutionaries led by Fidel Castro, or the Bolsheviks, whose number at the beginning of the revolution was simply ridiculous. Nevertheless, they managed to gain power over the country - just because of the complete errosion of state institutions, cruelty and ideology, attractive to the masses. The same thing is happening even faster in Afghanistan, only this time we are talking about real extremists.

And all the US could promise in such a situation is that the State Department will seek international consensus on Afghanistan... Whatever that means.

Yesterday, the American embassy in Kabul called on US citizens to leave Afghanistan immediately. Part of the embassy staff is also evacuated. For this, army units will be deployed to Kabul. But the Pentagon separately clarified that their tasks will include only the evacuation of diplomats. They have no other tasks. 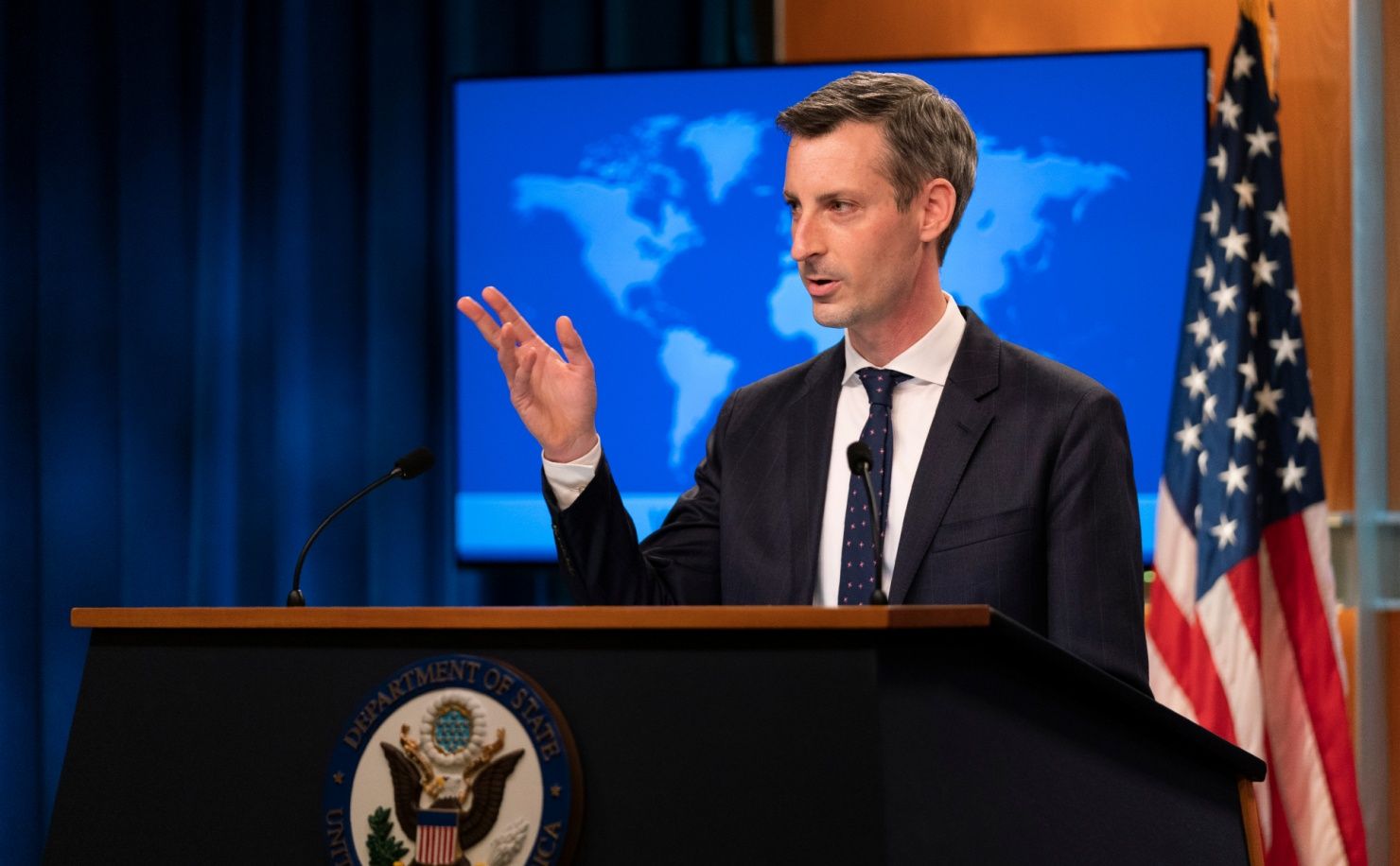 However, last Saturday, US strategic bombers still struck. Then heavy strategic bombers B-52 attacked Islamist positions in the Afghan province of Jauzjan, eliminating more than 200 militants. According to rumors, this was done solely in order to allow the remaining American military and other specialists to leave the territory. Moreover, they say that many civilians died during the air raid. But this is not commented on in Washington.

Against this background, local people recall how the USSR left Afghanistan. And this comparison is not at all in favor of the American military administration. After the withdrawal of troops from the country in Afghanistan, many Soviet, and then Russian military advisers remained, who supported the Najibullah regime. Direct military assistance was provided, and consulting, and even economic - at a time when the Soviet Union itself was cracking at the seams.

The results speak for themselves. Yes, Najibullah's government fell, and his fate was very sad. Only this happened only seven years (in 1996) after the withdrawal of Soviet troops. How long will the regime of Mohammad Ashraf Ghani fall with American "help"? A few weeks or months?

Of course, the Americans promised another. But who will believe their promises now, after Afghanistan itself, Iraq, Libya, Syria, the destruction of Yugoslavia, the expansion of NATO to the East? Apparently, along with the power of the United States, fear of them leaves, and the promises of Uncle Sam sparkling with his heels are not even worth the paper on which they are written.

12 January, 7:59
What the Americans did not understand about the Russians
See also