Slick SWIFT and no fraud

Disconnecting the Russian Federation from SWIFT is not beneficial to anyone and will only push our country to develop and introduce alternative systems together with China. The United States does not intend to make such a mistake.

According to the correspondent of The Moscow Post, the head of the Department of Economic Cooperation of the Russian Foreign Ministry Dmitry Birichevsky announced the threat of involving the SWIFT system in the "sanctions spiral" against Moscow.

According to him, such a decision, according to international law, can only be introduced by the UN Security Council. Although conversations and threats of this kind have been heard for a long time, mainly from the United States. The latter have already proved that they are capable of unilateral actions. And not only those that damage the opponent, but even those that can create problems for their allies.

Brichevsky believes that measures taken by other countries against Russia are rather like barriers in order to protect their own producers, protect their own interests on the world stage. This is how sanctions have been used so far, because from the very first day it became clear: it is impossible to change Russia's policy through this kind of pressure.

Since sanctions were regularly imposed, their goal is different: to squeeze the Russian Federation out of European markets, including gas, as well as inflict maximum economic and reputational damage. Today, SWIFT can be involved in this "spiral of sanctions" - with the cordial consent of Joseph Biden, to discuss pressing disarmament issues, the fight against coronavirus and other important issues at the upcoming meeting of the leaders of the Russian Federation and the United States.

The United States leadership has repeatedly shown that it is ready to apply the "stick and carrot" policy. True, in relation to our country, no gingerbread is expected. At least without breaking the existing political system and changing power, as it was, say, in Ukraine. But even in that case, there are no gingerbread: not to consider the inclusion of foreigners in the supervisory boards of almost all large state assets as such. For their further privatization to be supervised, it must be assumed.

The topic with SWIFT has existed for a long time - we have been threatened with disconnection from the interstate interbank transfer system for almost seven years. It does not stop that this will not affect Russia's foreign and domestic policies, but that it is disadvantageous, first of all, to European countries.

This agenda directly contradicts the real interests of the EU countries, primarily Germany and France, for which the development of trade, economic and other ties with Russia is mutually beneficial, traditional and, one might say, natural. Suffice it to say that in 2019, Russia's trade with EU countries amounted to $277.8 billion (41.3% of our foreign trade), exports - $189.2 billion (45.2%), imports - $8.6 billion (34.9%).

Despite this, the EU countries themselves often act as the locomotive of new sanctions. Especially Eastern Europe, which still cannot understand - US policy is turning towards domestic problems. Very soon they will be left alone with a dangerous northern neighbor, and they will have to do what all civilized countries do - negotiate and reduce the degree of confrontation.

The Nord Stream-2 project, which is in the final stage, is directly related to all this. When it became clear that it would not work to stop its construction, European goodwill immediately organized a resolution on the possible disconnection of the Russian Federation from SWFT and new sanctions against Russian officials and businessmen. Moreover, the resolution contained a provision according to which the European countries that signed it would refuse to purchase gas through a new pipe.

All this was supposed to be done during the political aggravation of the situation in Ukraine last April. Immediately laid the main "chip" - such attacks were completely safe

Therefore, there was no disconnection from SWIFT, new serious sanctions and restrictions on the supply of hydrocarbons. There was no real escalation when Joe Biden called Zelensky. The attention of the "Big White Leader" turned out to be attracted, the need for aggravation fell away.

The Russian Foreign Ministry has repeatedly stated that they are preparing for a possible disconnection from SWIFT. Some recall that Iran lives calmly without the same SWIFT, and this does not prevent it, say, from trading. To continue this measure, only a reliable partner bank is needed, which will become a clearing house.

In addition, the "Financial Messaging System" (SPSF) of the Central Bank of Russia can be a certain alternative to SWIFT. As of February 2021, about 400 Russian banks and 23 banks outside Russia were connected to it: from Armenia, Belarus, Germany, Kazakhstan, Kyrgyzstan and Switzerland. At the moment, SPFS occupies about 21% of domestic SWIFT traffic.

It is also important that such a measure cannot be introduced by swinging the hand. According to the EU High Representative for Foreign and Security Policy, Josep Borrel, SWIFT is an international private organization. In this sense, the European Union does not have the competence to disconnect the Russian Federation from it. Not to mention that this will open Pandora's box to other countries that have difficulties with the United States. No one wants to become the "next" after Russia.

In addition, the system is managed collectively. The good news is that the representative of the Russian Federation on the board of directors of SWIFT Eddie Astanin is again nominated for this body and has a high chance of retaining his place. Although according to the results of the redistribution of shares (shares) of the system of the Russian Federation, she lost the opportunity to directly nominate a delegate. 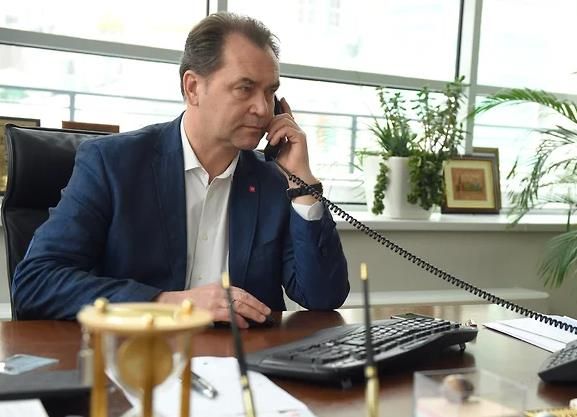 Given this, Astanin will be nominated by EMEA SWIFT Alliance (ESA). According to Kommersant, this may indicate SWIFT's desire to distance itself from geopolitical factors and maintain full membership in the Russian Federation.

This is another evidence that no one is going to chop SWIFT for Russia yet - there is nothing to shoot themselves in the foot, but the creation of alternative systems by the Russian Federation and China will be a real threat to the organization - because we are talking about billions of dollars in profits. Because of these same considerations, the United States will not "chop off the shoulder."