"Sitting" on "Azovstal": Ukrainian Nazis use their last chance-living people

The time of the militants on Azovstali is melting. In hostages, they remain dozens, and maybe hundreds of civilians - the only "guarantee of safety" for the Nazis.

Despite attempts by the Russian side to protect civilians, for the Nazis who settled at the factory from the Ukrainian Azov regiment (a terrorist organization banned in Russia), it is the presence of civilians that gives at least some kind of security guarantee - at least for a while. Ordinary residents of Mariupol were made hostages, whose fate was forced to watch the whole world.

Humanitarian corridors for the exit of civilians open almost daily. Not only our, but even the European press writes about the new ones. European citizens slandered by propaganda finally began to suspect something: why are the brave soldiers of Ukraine not letting women and children leave the plant?

The Moscow Post correspondent understood the situation around the latest events.

Obviously, stories about cruel Russians who do not take prisoners turned out to be complete nonsense and nonsense. Especially against the background of the same Ukrainian Nazis or their Western mercenaries who torture and execute Russian soldiers on camera.

Today, when the Armed Forces of Ukraine surrender by hundreds and thousands, like the same marines of the 36th brigade in Mariupol, it became difficult to "sculpt" violators of the Geneva Convention from the Russian army - the facts are too clear. And we are talking not only about videos, because the surrendered soldiers themselves have the opportunity to call home and their own colleagues to tell the real situation. She shocks many "there" - so different from what they see on Ukrainian and European TV.

The number of insinuations and conversations around Azovstal is surprising. The enterprise was built for centuries, with a complex of underground shelters in case of nuclear war. The legacy of that very Ukraine-hated Soviet Union. Now it is the Soviet engineering genius who does not allow the Nazis and the Armed Forces of Ukraine to disappear under the fire of Russian artillery.

Earlier, the order to stop the assault on the plant was given by Russian President Vladimir Putin. This was done for humanitarian reasons. The main thing is that civilians are really being held at the plant. Another factor is the desire to save the lives of Russian soldiers. Filling up with meat, as they are trying to present in Ukraine, is not our tactic at all. 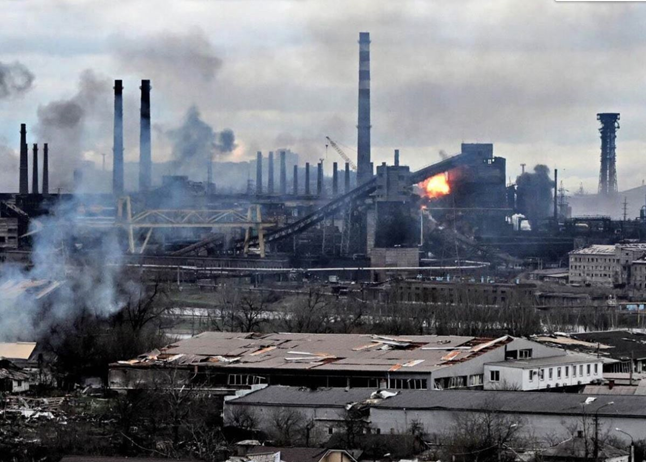 At Azovstal, civilians remain hostage to the militants. Photo: lentka.com

Thanks to this decision, several groups of civilians were still able to leave the plant. And even then, only having managed to deceive the militants - without their knowledge.

A few days ago, about 25 people left the territory - women and children. In total, over the past week, from there, according to various estimates, about 100 civilians came out. On the part of the Russian Federation and the DPR, no one held them, they got the opportunity to leave for the territory of Ukraine. In particular, in Zaporozhye, as reported by the scandalous Deputy Prime Minister of Ukraine Irina Vereshchuk.

And here, too, it was not possible to get propaganda success. The Ukrainian leadership clearly hoped that the Russian Armed Forces would not act selectively, and it would be possible to stick another label of "barbarians" on them. Nothing came out. And civilians who left the plant on the other side prefer not to listen at all - otherwise you can find out that the civilians were all the same Nazis and the Armed Forces of Ukraine, who placed equipment in residential areas. This truth cannot be shown to Ukrainian society - as well as the real scale of losses.

It seems that our counterparts take kindness for weakness. Yesterday, and all the last few days from the territory of Azovstal, there was an attempt to break through in several places. Earlier, the leadership of the DPR, represented by its speaker Eduard Baturin, reported that the militants were trying to get out of the basements to firing positions, but these positions were mercilessly suppressed.

At the same time, they are trying with might and main to promote a diplomatic track, and it is clear why. According to various sources, there may be dozens, if not hundreds of foreign mercenaries on the territory of the plant. And not just mercenaries - among them there may be senior officers who really do not want to be captured.

However, on May 3, there was information that Canadian Lieutenant General Trevor Cadieu was captured in Mariupol. Even if it is not confirmed, other mercenaries are already testifying - including the British Sean Pinner and Aiden Aslin. The Prosecutor General's Office of the DPR has already charged them, but there is a possibility that they will be changed to Russian prisoners of war.

The capture of many foreign mercenaries will hurt the reputation of Volodymyr Zelensky, the Ukrainian army and their Western patrons. This cannot be allowed - this is why French President Emmanuel Macron is so active in his telephone conversations with Putin. That is why Turkish President Recep Tayyip Erdogan also asks for the Nazis from Azovstal. There are attempts to connect even the Pope to the process.

The most interesting thing is that the Nazis at Azovstal do not really want to return to Ukrainian territory. This is understandable - they are more profitable for Zelensky than the living. After all, it turned out that all the stories about the release and care for people's lives turned out to be fake. The defenders of Mariupol voluntarily refused to die, as the commander of the 6th German Army in Stalingrad, by then Field Marshal Friedrich von Paulus, refused to die.

Now Zelensky has fallen on the "stretch," as well as his Western curators. It is impossible to hand over Azovstal, there will be an accusation of "Zrad" (betrayal). And the citizens who settled there themselves do not want to die. All that remains is to shout at the whole world about what barbarians these Russians are. And hope for a miracle that will not happen.

Therefore, they are trying to unwind the situation at Azovstal from this position. For example, they are trying to imagine that the Russian Armed Forces have no other victories in the Donbass direction, that the special operation has stalled, that Mariupol was not taken by our troops. Although this, of course, is another ideological brainwashing. 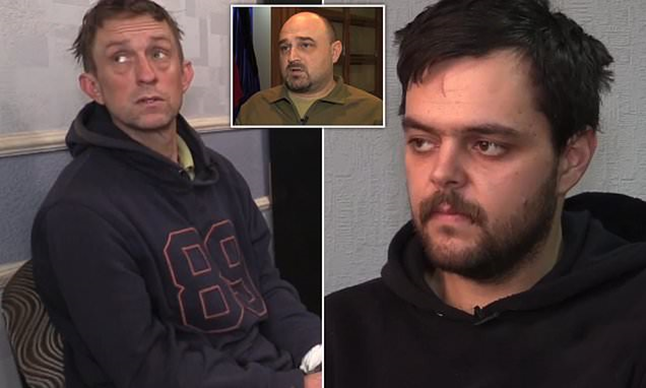 The British mercenaries Sean Pinner and Aiden Aslin, in the center – the prosecutor of the DPR Andrei Spivak. Collage: dailymail.co.uk

SVO goes not quickly, but goes according to the plan. The lack of sharp breaks speaks very simply - protect people. Just as didn't begin to storm Azovstal - precisely for the same reasons. And therefore it is still partially controlled by AFU. Only where here "zrada", and where "peremoga"?

Information war continues. Also media fights around Azovstal continue, and fighters want to be evacuated to the third country - for example, to Turkey. Just for the same reasons - live these heroes aren't necessary to Ukraine. There will be questions - and why we weren't deblocked why fed with breakfasts why they lied to own society? Zelensky of it simply is afraid.

Concerning Turkey - actually, nobody refused to them such corridor. Earlier Basurin offered a free entry by swimming in the Sea of Azov towards the Turkish coast. But also here - silence.

Something prompts, as this time humanitarian corridors will remain empty - fighters won't release the human shield. And even can undermine a part of rooms as it was with the Mariupol Drama theater later to dump it on Russians.

Actually, "pattern" known, they thought up nothing new. Recently anniversary of the tragedy in Odessa on May 2 when Nazis just burned objectionable people was celebrated. So the same dramatic theater and hostages - just links of this practice which foundation was laid 8 years ago at full approval of the Western "civilized" world. 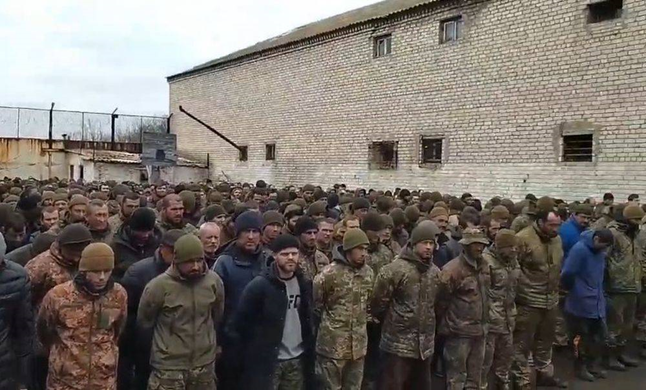 The living captured servicemen of the Armed Forces of Ukraine do not need Zelensky's team and his Western patrons - they are destroying the myth of barbarians from Russia. Photo: topcor.ru

As in the case of other terrorists who do not release hostages, in this case they chose their own fate.