Serbs on the barricades

The day before, the Serbian army was put on full alert in connection with the situation in Kosovo. The parties blame each other, the United States is rubbing their hands, and only Russia calls for a real accounting of the interests of the parties.

The situation in Serbia, on the administrative border with the Kosovo region and Metohija (the unrecognized republic of Kosovo) continues to rapidly heat up.

What is happening in Serbia, traditionally friendly Russia, and what role NATO (read - USA) and the European Union play in the current crisis - in the material of the correspondent of The Moscow Post.

The Minister of Defense of the country Milos Vucevic announced the bringing of the Serbian troops to full combat readiness. According to him, we are talking about protecting the territorial integrity and sovereignty of the country, preventing terror against Serbs, wherever they live. At the same time, all units of the Ministry of Internal Affairs were transferred under command to the General Staff - they will occupy the positions provided for by the operational plan.

Of course, Vucevic does not disclose what kind of plan. But it is easy to guess that it may also be in entering the rebellious region in order to protect the life and rights of the Serbs living there.

In turn, earlier Kosovo brought special forces and military units to the administrative border with the rest of Serbia. This caused extreme indignation of the Serbs living in those places - they began to hastily build barricades. In addition to what were built earlier on the side controlled by the legitimate Serbian government.

Later it became known that the shooting was opened by Kosovo special forces - at about 21.45 Moscow time on January 25. Militants attacked Serbs guarding barricades in the city of Zubin Potok.

Serbs build barricades for a reason. A few weeks ago, what can easily be called a raider power grab happened. A group of Kosovo Albanians forcibly seized the authorities in the municipality of Severna Mitrovica in northern Kosovo and Metohija. And she did not just capture - she put her "deputies" there instead of those elected by the local population.

The people's deputies left their jobs in protest against the actions of the Pristina authorities. But it will now be difficult to return: together with the appointed deputies, the Kosovars approved their head of the local administration. Outside of any law and right.

Recall that the conflict began to develop after the unilateral decision of the pseudo-republic authorities to impose a ban on Serbian license plates for residents of Kosovo. This would make life even more difficult for Kosovo Serbs, on top of a series of other discriminatory measures being taken by EU and NATO-backed fighters.

The same Europeans took a neutral-Prokos position. Formally, they urge everyone to calm down, in fact, they demand that Belgrade abandon its legitimate interests and responsibilities to protect its own people - in fact, from the ethnocide.

Today, the position of the EU and NATO looks even more wild, provoking conflict. On Sunday, the Serbian TV channel Pink reported that the ambassadors of Great Britain, Germany, Italy, the United States and France demanded that the head of Serbia, Aleksandar Vucic, contribute to the analysis of the barricades within 24 hours. Otherwise, allegedly nothing will prevent the "Prime Minister" of Kosovo, the former Kosovo militant Albin Kurti from independently dealing with the situation.

And even if no one officially confirmed such an ultimatum, for some reason it is believed that such "suggestions" were made to the Serbian leadership - and more than once. Accordingly, it is logical to assume that the Kosovars received carte blanche from the EU and the United States, despite the false peace-loving rhetoric of the latter.

What keeps Kosovo from, as they say, putting things in order? Serbian army and inevitable losses. However, Vucic has no doubt (and he has every reason for that) that if Serbia "digs" first, NATO's power will fall on it. They simply will not be allowed to protect their people - it was not for this that Kosovo was "torn off" from Serbia by force in 2008. 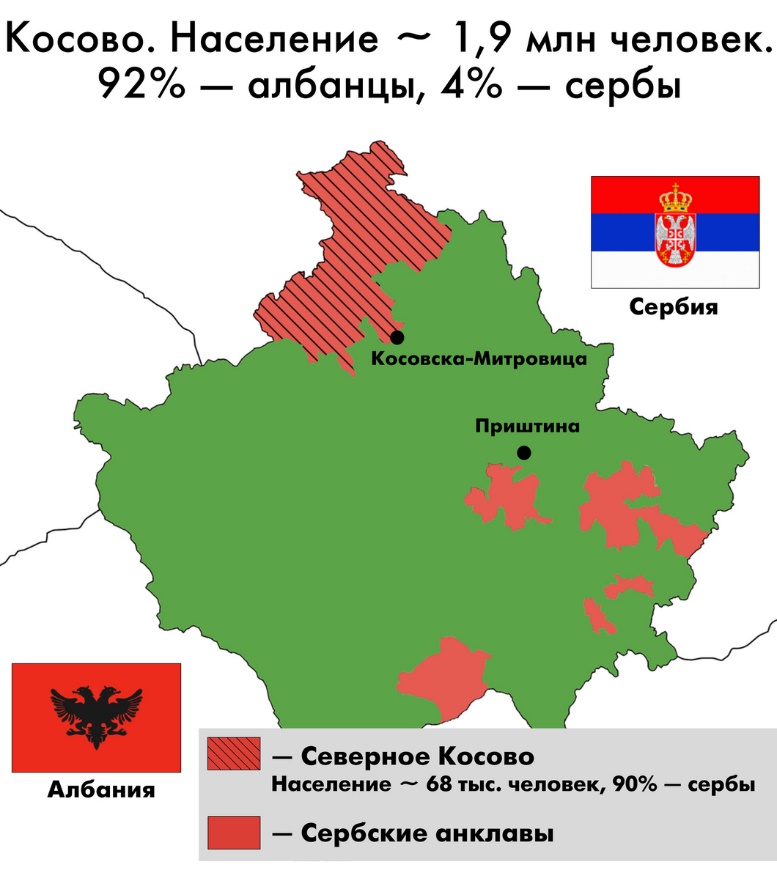 At the same time, the already mentioned former militant and "fighter for independence," and now the "Prime Minister" of Kosovo Albin Kurti shifts from a sore head to a healthy one. A few days ago, in an interview with The Guardian, he said that it was Russia, it turns out, that wants to ignite a military conflict in the Balkans. Because she says she fully supports Serbia in the conflict between Belgrade and Pristina.

Russia reminds of the UN

There is nothing surprising in such statements. Recall that earlier Mr. Kurti gained wide "political experience" and support abroad in Washington, New York, Brussels, Copenhagen and in the European Parliament in Strasbourg. He also met with senior representatives from Western Europe and the United States.

In general, the flesh from the flesh of the same hypocritical Western elite, which blames the Russian army for the shelling of Donetsk by the Armed Forces of Ukraine, and previously blamed the people's militia of the DPR. Hypocrisy, which is on the verge of fiction. Everything, as bequeathed by their "teacher" "doctor" Goebbels - the more monstrous a lie, the more willing they will believe in it.

Meanwhile, Russia has repeatedly called on the parties to peacefully resolve the situation. On Monday, December 26, Special Representative of the Russian Foreign Ministry Maria Zakharova said that attempts to undermine or ignore UN Security Council Resolution 1244 are unacceptable, and the new aggravation in the region demonstrates that the departure from the current regulatory framework for Kosovo only ignores the Pristina radicals.

Recall that resolution 1244 was adopted on June 10, 1999. She authorized an international civil and military presence in what was then Yugoslavia. And among other things, it contained the parties' obligations to refrain from hostilities, the demilitarization of the "Kosovo army" and the need to return peaceful life. This was to be monitored by an international civilian presence.

As this civilian presence "monitors" from the European Union, our country was convinced in practice when OSCE specialists in the DPR and LPR subsequently turned out to be spies of Western intelligence, transmitting information about the situation in the republics to the Ukrainian side.

Similarly, Western institutions neglect international law today. And they have been trampled on for a long time - and not only in the case of the partial recognition of Kosovo's independence in 2008. 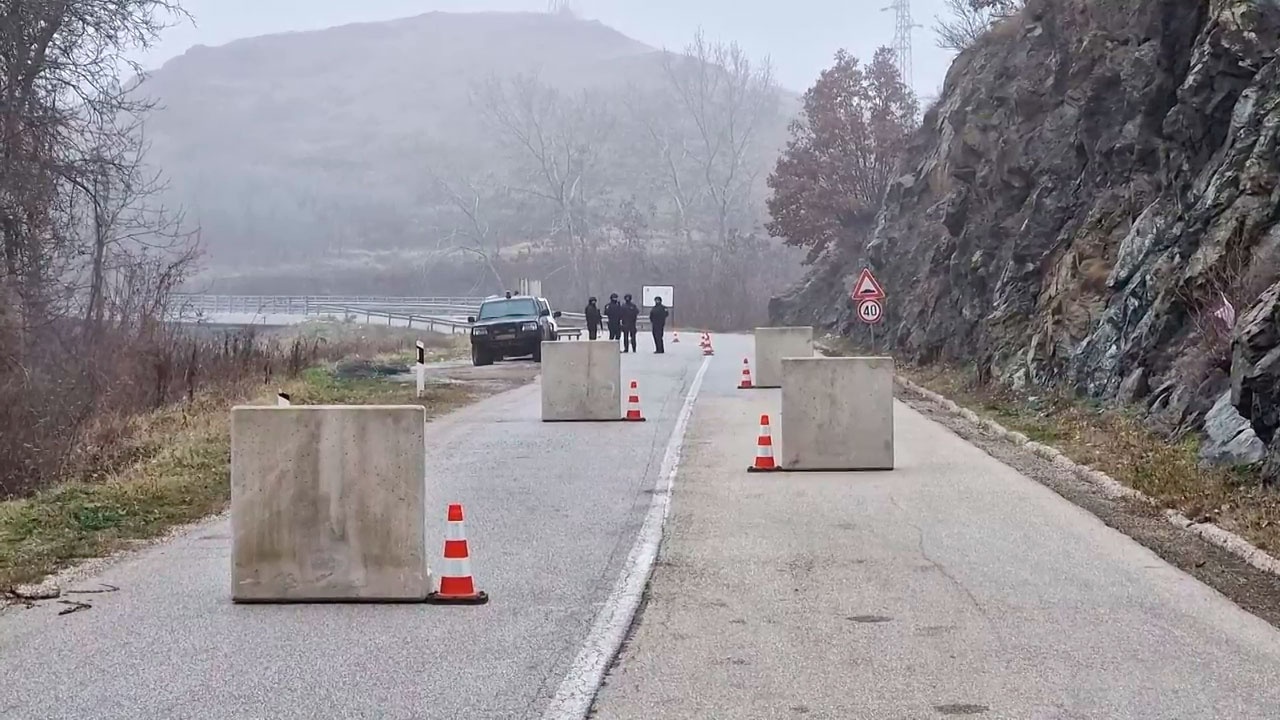 Part of the barriers put up by Serbs against Kosovo militants trying to completely take control of administrative regions bordering the rest of Serbia. Photo: Open Sources

Today, you will not envy the situation of the Serbs and their president Alexander Vucic. He found himself "in the stretch." On the one hand, he simply cannot back down. Both the life and rights of Serbs in Kosovo and Metohija and the public opinion of the majority of Serbs behind him are at stake.

On the other hand, the NATO "club" hanging over Serbia and Kosovo militants paired with it, just waiting for the start of the Serb massacre - like the ones they staged in the 90s and 2000s.

Russia, in addition to diplomatic channels, does not have serious opportunities to help the Serbs right now, while it is busy with the Special Military Operation to protect Donbass. It remains to be hoped that reason will prevail after all - but these hopes are melting every day.