The political crisis in Moldova under Maia Sandu has not been resolved, moreover, it has acquired a systemic character and might result in new mass protests.

As The Moscow Post correspondent reports, in Moldova, supporters of the former president of the country Igor Dodon disrupted the election of the Prime Minister of Moldova. For the second time, they were supposed to vote for the candidacy of Igor Grosu, nominated by the pro-presidential Action and Solidarity Party of Maia Sandu, but this did not happen.

The parliamentary majority of the self-described pro-Russian socialists and other opponents of the "pro-European" (read - pro-American) way of development boycotted the meeting, as other outcomes were not in their interests. If Igor Grosu was approved, Sandu would have a loyal government. If the parliament had voted against it, Sandu would have had a legitimate opportunity to dissolve the parliament.

After all, once the prime minister was not approved (then Natalia Gavrilitsa was nominated), and the failure of the second attempt gives the president the right to dissolve the parliament and call early elections. The opposition to Sandu understands that the amount of resources devoted to supporting Sandu and her supporters from Washington, including through a network of non-governmental organizations, makes the risk of election fraud, carousels and ballot stuffing.

We can not exclude the banal bribery of voters - that is, there is a high probability of losing the majority in the parliament, which will inevitably accelerate the process of Romanization and Europeanization of Moldova according to the worst, Ukrainian scenario. 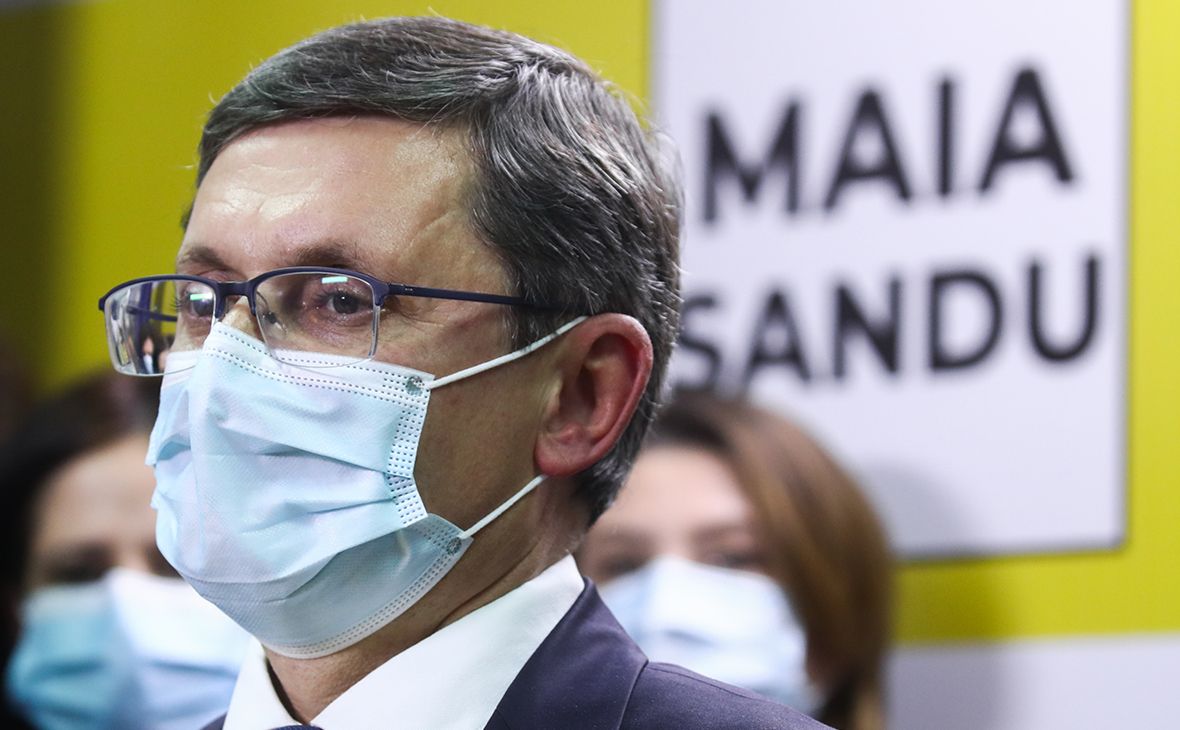 Igor Grosu – another candidate nominated by Sandu, who did not meet requests

Detractors of the political forces that are set up for close cooperation with Russia immediately accused our country of subversive work in the Moldovan parliament. However, the reason is, most likely, quite different - and it is much worse option for Sandu and her political team.

It's about the protracted political crisis that Maia Sandu and her handlers from Brussels, Washington and Budapest have brought the country into. It seems that even her inner circle does not believe that Sandu is an independent and uncontrolled political player who represents the interests exclusively of the residents of her own country.

Instead of uniting society, conducting a full-fledged dialogue with the entire spectrum of political forces, taking into account the opinion and freedoms (including language) of the minority, Sandu, barely winning the election, began to "break through the knee" those who disagree with her position. But, having received support in the Constitutional Court, she was opposed by other parliamentary forces and people who voted for them.

What can be said if, so many months after Sandu's election, her team has not been able to reach an agreement with the parliamentary forces, mostly loyal to ex-President Igor Dodon, and form a government of national unity? But that was to be expected.

The situation has continued since December 23, when, in accordance with the law, the government of socialist Ion Kiku, a political ally of former President Igor Dodon, resigned. It should also be noted that neither Dodon nor Kiku raised any wave of discontent in connection with Sandu's victory in the elections. Following democratic norms, they recognized the results of the elections. But this is the end of the "positive" moments for Sandu and Moldova.

The opposition to the Action and Solidarity Party of Sandu is not difficult to understand. The party splits society, and Sandu herself is considered almost an integrator in relation to nearby Romania.

As experts stated, Moldova was waiting for a deepening split along the main line of all the last decades with Sandu's victory - an independent policy or violent Romanianization. This, in particular, was said by political scientist Sergey Markov, his words are quoted by VM.ru.

This inevitably leads to conflicts with Russia. However, our country took a balanced position - informallly supporting Dodon, no pressure was exerted on Sandu. Despite the fact that the solution of the most important local issue - the conflict in Transnistria was in her hands.

This tactic is part of a long-standing strategy to encircle Russia with a fire belt of states that are aggressive towards our country and their Russian-speaking minorities. There is no need to go far for examples - Georgia, which attacked South Ossetia in 2008, then the coup d'etat in Ukraine and the civil war that broke out there.

Then - Karabakh, but the plans for the latter, despite the victory of Azerbaijan, completely failed - Russia outplayed its competitors. Including Turkey, which clearly expected more than the ability to monitor the line of contact with drones. With the Russian army standing on this very line, which has not been there for the last 30 years.

As for Moldova itself, Romanian passports have been distributed there for a long time. The exact statistics are unknown, the Romanian authorities try not to highlight this process, and in Moldova, dual citizenship is not prohibited. According to the authors of the Moldovan portal Noi, from 2002 to 2016, that is, just before the arrival of Dodon to the presidential chair, the Romanian side allegedly approved more than 385 thousand applications from Moldovan citizens for getting passports of the neighboring country.

Now the number might be significantly higher. However, the official statistics are hushed up - the revealed facts can cause unrest among those who do not want to see their country as an appendage of Romania with the inevitable division into people of the first and second class. An example is before everyone's eyes - the unification of the GDR and the FRG brought many benefits to both sides, but the residents of the Eastern part of the country were taken almost as inferior citizens for a long time. 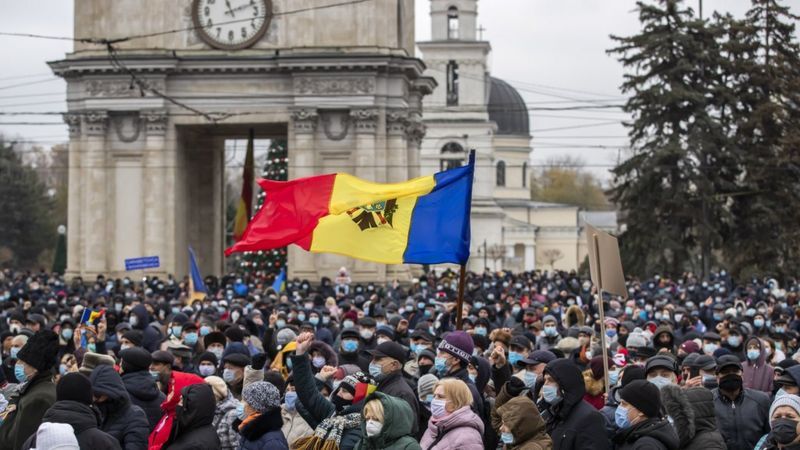 Sandu's policy only deepens the split in Moldovan society

Concerns about Maia Sandu and her non-independent politics have been around for a long time. Back in 2012-2015, when she was Minister of Education, she already pursued a policy of, conditionally, imposing Western values on young people. However, together with the values of freedom, legality and democracy, for some reason, such new trends as aggressive feminism on the Western model, child-free theme, LGBT propaganda and many other harmful things were involved there.

As a matter of fact, apparently, Sandu herself adheres to such values. Sandu, who is approaching her fiftieth birthday, has no husband or children. And even if she had, they would hardly have studied and lived in Moldova. Why, if Sandu is a citizen of Romania, and there the grass is higher, and the sugar is sweeter?

Sandu can say what she wants, but it's getting harder to believe her words. As the evil tongues claim, a significant part of her election campaign was funded with the participation of subsidiaries of the infamous George Soros Renaissance Foundation, which in 2020 sent about $1 billion to support "fighters for freedom and democracy" around the world.

It is also important to recall that back in 2013, Sandu voted for the concession of the Moldovan airport, one of the main national infrastructure assets. This process was later blocked by President Dodon.

However, Sandu may change her position. In 2018, a scandal broke all over the country that Sandu allegedly received funding and promoted the interests of the Moldovan Șor party of politician Ilan Shor.

According to the authors of the Moldavskiye Vedomosti website, allegedly in 2018, Ilan Shor revealed the information, saying that Maya lived at the expense of his Party and received money in paper envelopes. And even more wildly, she could receive money from the now-convicted former Prime Minister of Moldova Vladimir Filat.

But it's water under the bridge. What did Sandu do directly, as soon as she came to power, and not yet having a loyal parliament and government in her administration? Immediately deepened the split on the issue of Transnistria and began to spoil relations with Russia.

She immediately stated that she stood for the withdrawal of Russian troops from Transnistria. But not just like that - the context is important. We quote Sandu on RBC: "The Russian side says that the operational group of the Russian troops (OGRT) here protects ammunition depots. But there are no bilateral agreements on the OGRT and on the arms depots. For us, the big problem is that these weapons depots are there. It's dangerous. These weapons need to be taken out. And the OGRT must be withdrawn."

What does this mean in practice? We have several acute conflicts on our borders. Aggressive Ukraine wishes to have its tanks in Donetsk - but so far it is too weak for such "victory". Azerbaijan, with the support of Turkey, has solved its territorial problem - even if Russia itself was among the winners in this scenario. The situation in Georgia in 2008 is also a hint.

The aim is not just to replace Russian peacekeepers with OSCE observers. The task is to deprive Transnistria of the very possibility of defending itself in the event of armed aggression by Moldova with the support of third countries in a "creepy" way. At the same time, the strike will be carried out from the territory of Ukraine. The fact that this will only deepen the conflict and lead to numerous victims does not seem to bother Sandu. But this worries a significant part of the Moldovan society, which, to put it mildly, does not agree with everything that the current Head of the country offers. 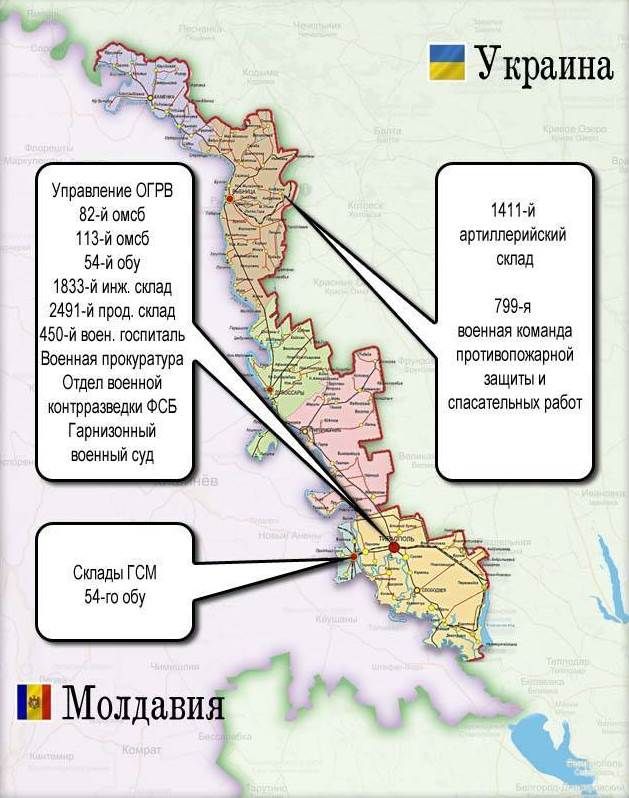 Sandu almost does not hide that the main aim of the withdrawal of Russian peacekeepers from Transnistria, including military depots, is to deprive the Transnistrian self-defense forces of the very ability to defend themselves in the event of external aggression.

As a result, we can see that Sandu's victory with American money brought her the presidency of the country, but has not solved any of the problems that the country faces. The situation has created a new hotbed of instability in Eastern Europe, and no one will be surprised if Sandu walks into the sunset (to Budapest or her beloved New York, where she studied for many years) as quickly as she appeared on the Moldovan political Olympus.

How should Russia react to this? Moldova is a sovereign country, but the soft power of the Russian Federation is still very strong there. We need a restrained but firm position on Russian peacekeepers and support for pro-Russian forces within the framework of the law and common sense. Otherwise, a huge numer of our compatriots in Moldova will not forgive us. But what is even more important and worse - a different outcome may lead to an escalation of the conflict in Transnistria, as a result of which it can not only be forcibly annexed to Moldova, but also become the poorest eastern region of Romania in the near future.

09 June, 7:52
"Divide, bring chaos and try to rule" - Maria Zakharova on the logic of the United States for Europe

29 April, 8:19
"Setting fire" to Europe: Transnistria is preparing for an invasion from outside?