The Biden administration and their euro-NATO partners risk "playing out" in their delusional fantasies.

The United States and NATO rejected the proposals of the Russian Federation on security guarantees and continue to inflate hysteria around Ukraine. However, Russia's response may lie not only in the military-technical plane, but they will have enough for life. "Finish the game"?

According to the correspondent of The Moscow Post, the United States and NATO responded to Russia's proposals for security guarantees. As expected by many experts and analysts, there will not only be a "rollback" to 1997 (until the first wave of expansion after the collapse of the USSR), but also a rejection of the so-called open door policy. In practice, this means that formally no one closes the doors to Ukraine and Georgia (and other countries) to join the Alliance.

The response, in particular, the United States, was announced the day before by US Secretary of State Anthony Blinken. According to him, they are ready for compromises, ready for further work with Russia in many areas, but "they will not abandon the fundamental principles." To present his position, Blinken convened a press conference.

About the same, also at his own press conference, said NATO Secretary General Jens Stoltenberg. He noted that the solution is a compromise and was supported by all 30 member countries of the Alliance. 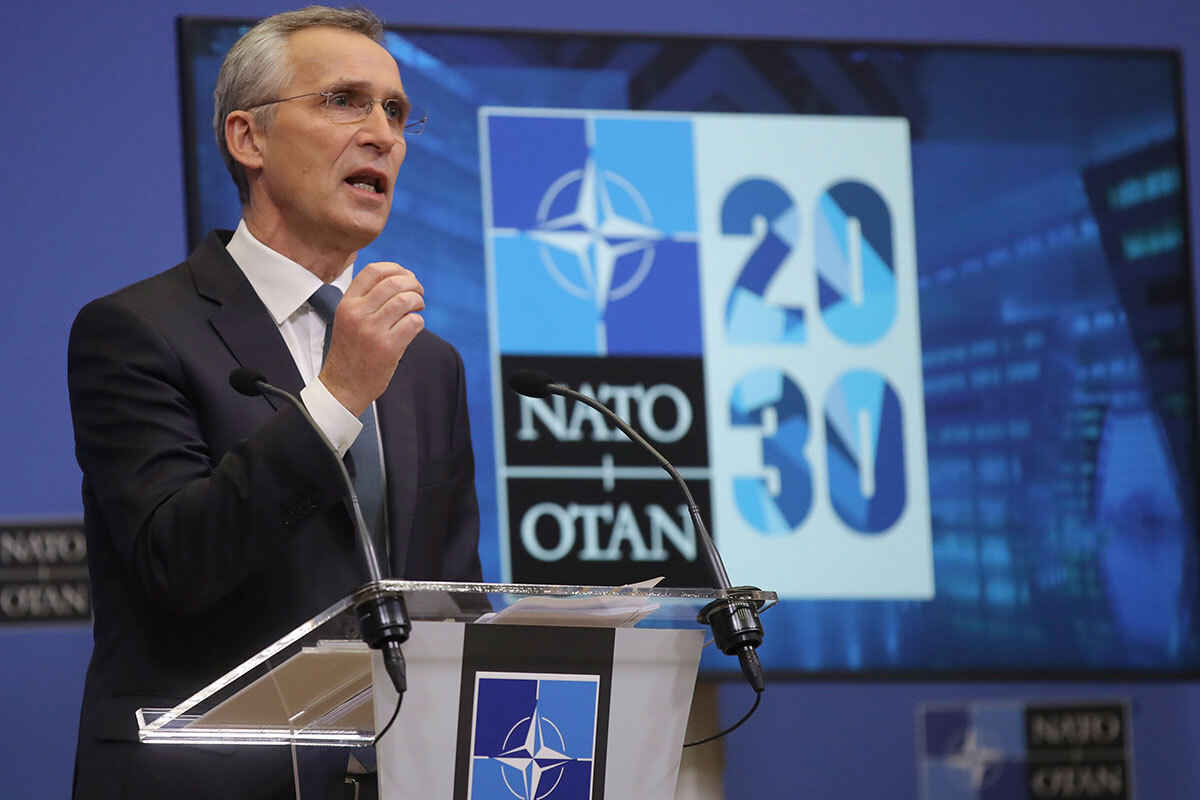 The NATO response did not surprise, nor did the completely adequate rhetoric of his outgoing "talking head" Jens Stoltenberg. The main question is what next?

The response format should not be overlooked. It, as demanded by the Russian side, was given in writing. And for some reason, Mr. Blinken does not really want this answer to be made public - the desire for which the Russian side showed. And here there are many versions and curveballs, because Russia, in fact, received a firm no on its initiative. And now the ball is on her side.

Apparently, what is happening is what Russian President Vladimir Putin, Foreign Minister Sergei Lavrov and other officials have previously warned about. Namely - dusting, plotting real security negotiations. It is clear that the United States and NATO would hardly accept the ultimatum demand to roll the Alliance back to the 1997 borders. The intrigue is that there is a subtle game, including military and diplomatic.

It is useless to guess which military-technical measures (and this, as previously explained in the Foreign Ministry, first of all, the deployment of military equipment) will be taken to eliminate the security imbalance. Just a couple of days ago, as if indicative, Sergey Lavrov held successful negotiations on the development of cooperation with Nicaragua, Cuba and Venezuela, Izvestia wrote about this. Think what they say you want.

However, the fact is that the situation in Ukraine and around Ukraine is at the center of all negotiations, or at least in the subcortical. Because at the very moment when Blinken and Stoltenberg are trying to plot their teeth with partnerships in other areas (we saw this partnership - both withdrawal from treaties and provocations in Syria, and anything), the pumping of military hysteria and fears about "Russia will attack" continues.

In Russia itself, Western hysteria has already become anecdotal. Meanwhile, this is also a game. There is even a version that the escalation of the situation is the result of some agreements between Vladimir Putin and Joe Biden in order to persuade Ukraine to implement the Minsk agreements.

A corrupt, shouting, scandalous Ukraine led by Zelensky seems to be no longer happy that she is being pushed into a new conflict with Russia. And the fact that Russia is not going to fight Ukraine at all does not seem to matter at all - this is your post in all its glory. Almost a quake in the quake is interrupted from the famous film Tail smiles with a Dog. Replace almost unknown to the Americans Albania with almost unknown to them Ukraine - and get an almost complete coincidence.

It got to the point that both President Vladimir Zelensky and the head of his Office Andrei Yermak, as well as the head of the National Security and Defense Council Alexei Danilov and the head of the Ministry of Defense Alexei Reznikov (that is, almost the entire military-political elite) had to calm the people - there will be no attack.

They can also be understood - the people go crazy, buy weapons, leave the country. The topic is actively used by nationalists to wobble Zelensky himself. In addition, quotes of the largest Ukrainian companies are falling. Against this background, the Americans, the British and some others "evacuate" members of the families of diplomatic missions. Others, for example, the Dutch, say that the evacuation of diplomatic workers - may occur in the future.

It seems that Zelensky and Ko are not very happy that they are so brazenly trying to use them. Iron logic - if it is not possible to push Ukraine under the train, then there are already a lot of fish in this muddy water. The main thing is to maintain tension, and if there is a war, then in NATO, and in the USA, and in the same UK they have long made it clear that no one will fight for Ukraine.

Ukraine now more reminds Anna Karenina, throwing himself under the train - "Where am I? What am I doing? Why? " 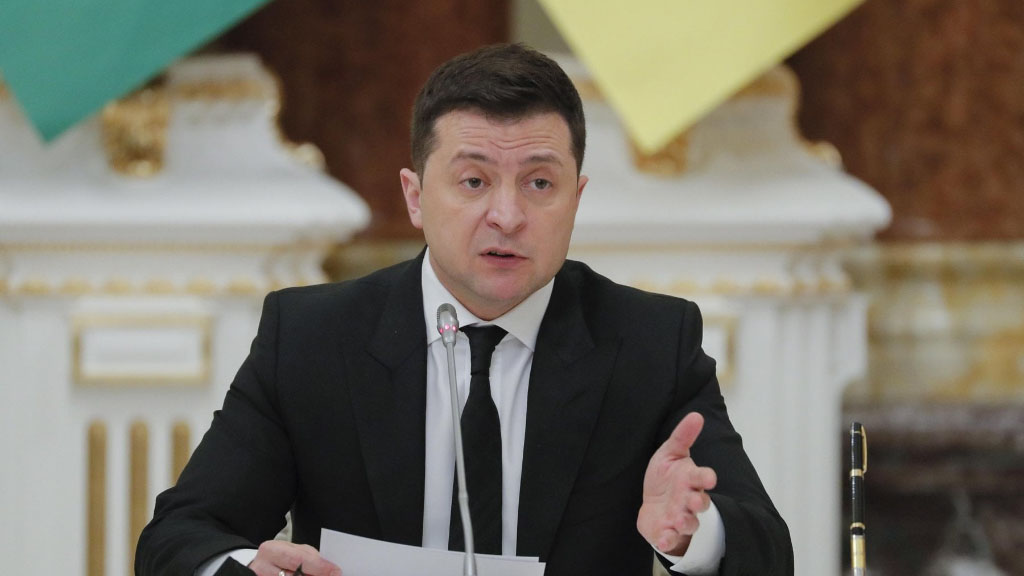 "Partners," and the Kiev authorities themselves so "overheated the situation" that Zelensky had to reassure people who began to buy matches: there would be no "offensive" Russia. Who could have thought?

Now, when Zelensky is trying to reduce the degree of tension, a paradox arises. And he is that after eight years of lying about the "war" with Russia, aggressive propaganda, pumping hatred - it becomes difficult to convince people.

Especially against the background of the crazy Western press, which almost every week draws a new plan for Russia's "attack" on Ukraine. Russia concentrates troops, conducts exercises... But units are not at the border, as Bloomberg, The Washington Post and other respected publications lie. They are located in places of their permanent deployment at a distance of 200-400 km. from the border with Ukraine. And the same Union Determination exercises, which are right now underway in Russia and Belarus, were indeed planned earlier. But who cares?

Who breaks into the "Russian Ivan"?

So, in Ukrainian society there is an atmosphere of fear, aggressive rhetoric prevails there, there is indulging in neo-Nazis, militarization is underway, and at the same time NATO infrastructure has long been built on the territory of the country. And all this to the accompaniment of aggressive speculation. And now the question is - how should Russia respond to this?

Imagine an aggressive man who comes up menacingly and pushes you into the chest, sentencing "Do you want fights? Fights? " How long will you look at such creeps? And the equally important question is - is it necessary to stand silently and "waste"?

Even if we assume that the whole story around Ukraine is caused only by the desire to persuade Kiev to implement the Minsk agreements, such aggressive rhetoric cannot but provoke a reaction. And it can be very different. It is no secret that there are many citizens in the territory of the LDPR who have a Russian passport. And that the military participation of the Russian Federation is possible only in the event of a military provocation and an attempt to seize the rebel Donbass by force. But who will be surprised if against the background of all this nervousness of Russian citizens in the LDPR it becomes more? 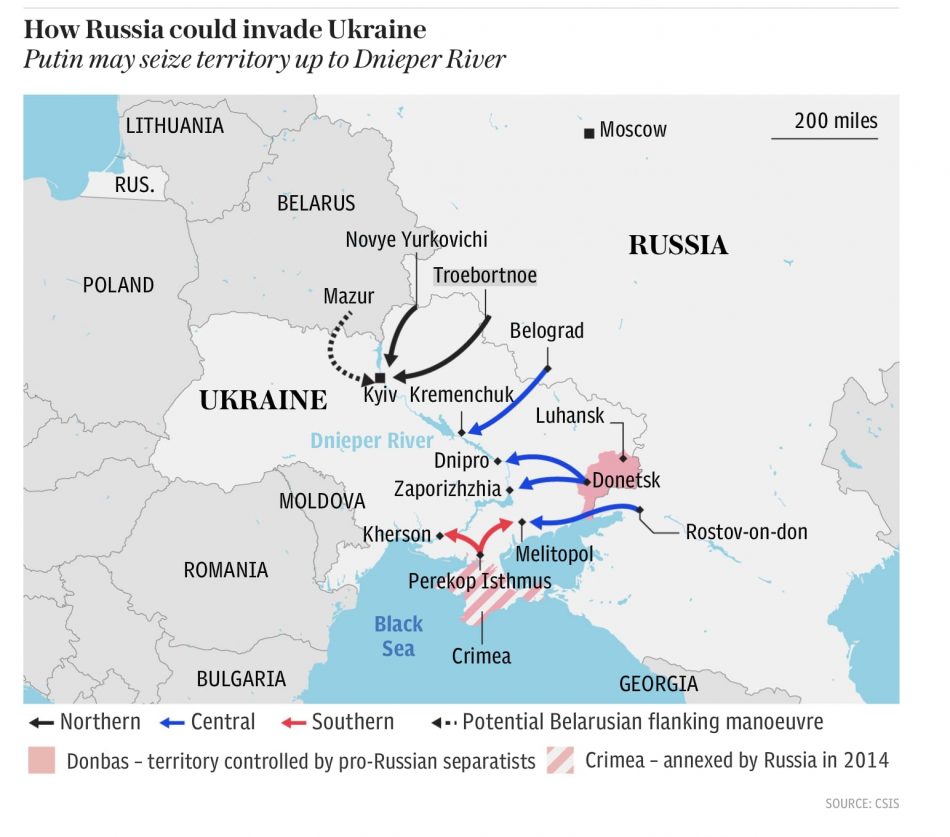 New fake cards with "plans for the offensive of Russia" appear in the Western press almost weekly. This is another "masterpiece" - from the British The Telegraph

In addition, the status of these so far self-proclaimed republics is also in question. Kiev has long tried to represent Russia as a party to the conflict, which it is not, which is soon being dug up: the State Duma has already made a proposal to recognize the DPR and LPR. It was introduced by deputies from the Communist Party, and it will be considered in February. Most likely, they will not give him a move, but the fact itself is important - this in itself puts pressure on politicians in Kiev and their patrons.

Like another possible measure, namely, assistance in the supply of military cargo to the DPR and LPR. This proposal was made not by anyone, but by the head of the United Russia faction in the State Duma, Vladimir Vasiliev. About this writes RBC. And this is another bad bell for Kiev, which relied too much on Western partners, and now risks staying at the broken trough.

Speculation of a different kind continues - they say that Russia wants to bring the "puppet" government to power in Kiev. As a possible head of the new Ukraine, they call the former people's deputy Yevgeny Murev - a man who has been under Russian sanctions for a year. Despite all the savagery of these "stuffing" - who guarantees that in response to pressure, Russia really will not think about financially and organizationally supporting opponents of the pro-Nazi regime?

In general, the headache of the Ukrainian leadership, which brought the country to complete absurdity and loss of subjectivity, may be added. But the curators of the collapse of Ukraine from Washington, Brussels and London are worried about this. And how much remains of the current, green power in Ukraine. A year and a half? Maximum, two, after which - a new period of street actions, pogroms and instability. And Russia, as always, must be ready for this - they do not have another Ukraine for us yet.