Russia will not come

No matter how much Ukraine and Europe dream of attacking Russia in order to write off all their problems and failures, this year such fantasies are not destined to come true again.

The Moscow Post correspondent again draws the reader's attention to the anti-Russian hysteria unfolding in the EU and Ukraine. This cyclical phenomenon is repeated several times a year, but today this hysteria has reached its climax.

We are talking about the stereotypes that have become familiar - Russia is accused of concentrating troops at its (we emphasize this) borders. At the same time, all movements and exercises of troops are going on as planned, which cannot be said about a series of exercises and even provocative actions of NATO in the Black Sea, Poland and the Baltic countries.

In parallel with this, a real anti-Russian campaign has unfolded in Ukraine. It did not end there, but several times a year warnings and even hopes for an attack by Russia sound especially loud. Recall the spring of 2021, when Russia was supposedly about to attack. Now the mythical "aggression" of our country against Ukraine is struggling to connect with the energy crisis and the migration scandal on the Polish-Belarusian border.

From a sick head to a healthy one

The fact that it is Russia that is to blame for these situations, the general public in the West has no particular doubts. This is not surprising - Russia is greeted from all, as they say, irons - who just do not speak on this topic. Among the latter is French Foreign Minister Le Drian, who called Russia a cumbersome and sometimes unbearable neighbor.

Le Drian expressed his concerns about the "accumulation of Russian troops near the borders with Ukraine." The minister emphasized that the violation of the sovereignty of Ukraine will have "serious consequences."

"However, we must find a way to negotiate with this neighbor (...) and not refuse dialogue," adds the French minister on the pages of Le Figaro, and thank you for that. Younger Europeans represented by the Baltic countries and Poland, as well as the builders of the European future from Moldova and Ukraine who joined them, do not want any dialogue at all.

Year after year, they are trying to solve their problems at the expense of their eastern neighbor. The case of Ukraine is indicative, which, without completing the famous project of Arseniy Yatsenyuk, a wall on the border with Russia, decided to build a new wall - already on the border with Belarus. The project will cost 17 billion hryvnias and will allow relevant officials to reach a new level of well-being.

The absolutely irresponsible policy of the Ukrainian authorities towards Belarus and its leader Alexander Lukashenko, coupled with complete incompetence, has already led to a lack of energy resources in Ukraine, which in the future can lead to fan blackouts in large cities.

Against this background, the dissatisfaction of Ukrainians is already called "pouring water into the enemy mill." On the eve of the head of the Main Intelligence Directorate of the Ministry of Defense of Ukraine Kirill Budanov again predicted the imminent invasion of Russia. In his opinion, it should take place at the end of January or the beginning of February - just when there will be no gas or coal left in Ukrainian warehouses, and people will be brought to a critical point and will have to take to the streets - you won't sit in cold and dark apartments for a long time.

Budanov is ready for this. He indicated that a series of psychological operations would follow before the invasion. Allegedly, they are already being held to destabilize Ukraine and undermine its defense capabilities.

"They want to stir up unrest through protests and rallies that show that people are against the government. They want to make the situation inside the country increasingly dangerous and difficult and create a situation in which we must change the government. If this does not work, the military will take up the matter, "quotes Budanov's words Lenta.ru. 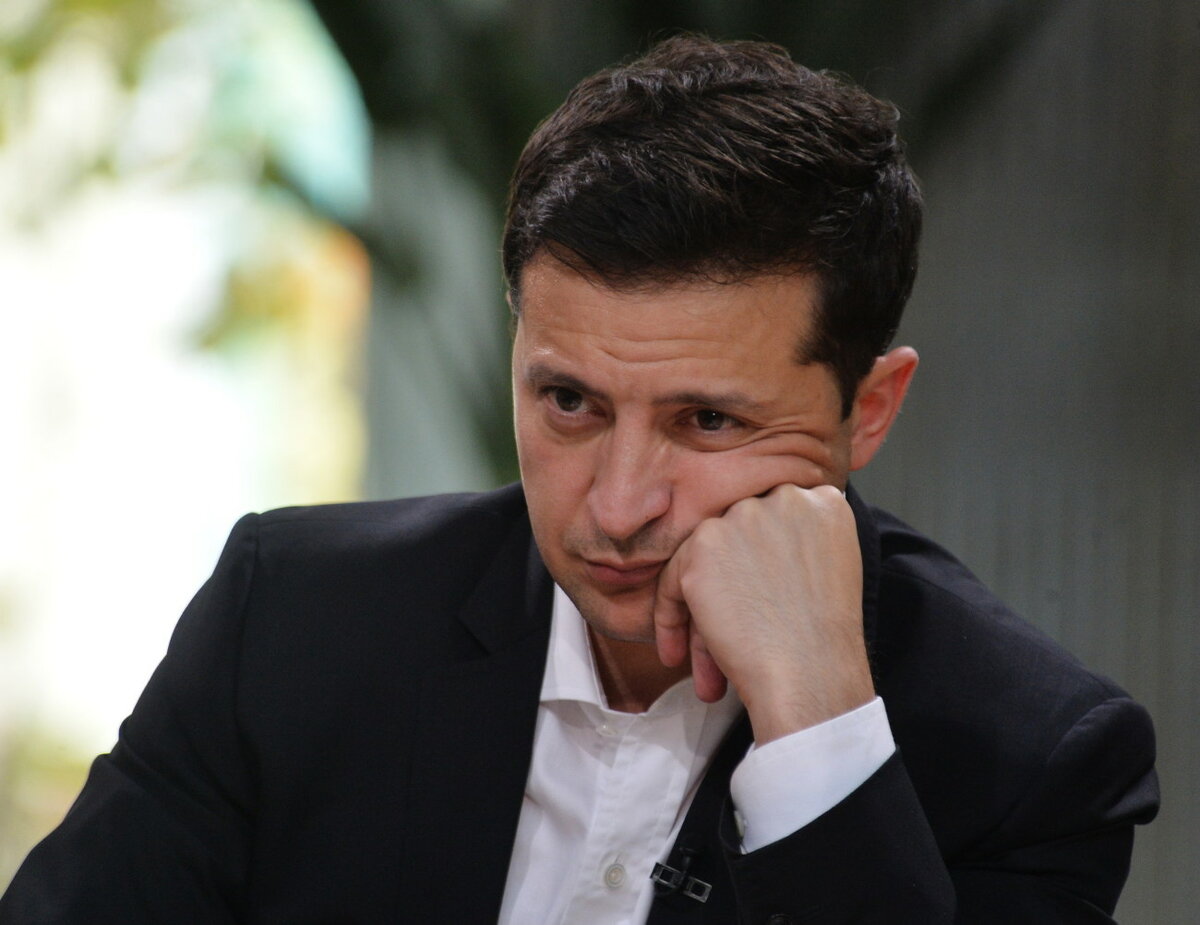 Having sat in the presidency for two and a half years, Vladimir Zelensky returned to the old bad tactics of Petro Poroshenko - "Russia is about to attack"!

In simple terms, if you are Ukrainian, and if it comes to your mind in the coming winter to go to the square and demand that the authorities respect their rights and legitimate interests, be prepared to be thrown behind bars as a state traitor. After all, expressing your dissatisfaction, you are implementing the insidious plan of the Russian military to destabilize the situation in the country. And another European future in Ukraine, alas, is not given.

Fleet at the gate

The attempt of the Ukrainian authorities to slide from a sick head to a healthy one and explain the current problems of destabilization by Russia is once again doomed to failure. No matter how many times former President of Ukraine Petro Poroshenko called on Russian troops, how many did not shake other people's passports from high stands, the invasion did not take place. It did not take place under Vladimir Zelensky last spring, he will not be now.

Meanwhile, Zelensky's rating fell to a record 19.5%, and anti-rating rose over 30%, putting him in first place among politicians disliked by Ukrainians. How painful it is to fall! Russia's attack could rally the nation around Zelensky, as in 2019, but this will not happen.

At the borders, there are much more serious provocations than the clown speeches of Zelensky and his hand dogs Kirill Budanov and the head of the SBU Ivan Bakanov. A series of exercises was launched by the NATO bloc, and this has already led to a serious reaction from the Russian side.

Earlier, President Vladimir Putin said that US strategic aviation runs 20 minutes from our borders. During these events, the crews of American bombers are working on reaching the frontier of using cruise missiles with a conditional missile strike.

Over the past month, American strategic aviation has made about 30 sorties to the Russian borders. This is 2.5 times more than in the corresponding period last year.

In November, 10 US strategic bombers worked out the option of using nuclear weapons against Russia almost simultaneously from the Western and Eastern directions as part of the Global Thunder 22 exercises.

These exercises allow verification of the readiness of nuclear forces in all areas of the mission. "Global Thunder 22 will apply the experience of global operations in coordination with other combat groups, services and involved US government agencies in order to deter, detect and, if necessary, repel strategic attacks against the United States and its allies," the US Strategic Command (STRATCOM) said in a statement.

At the end of October, the headquarters of the Sixth Fleet of the US Navy and naval strike forces and NATO support forces began operations in the Black and Mediterranean Seas. About this writes Gazeta.ru. And later, the fact that the actions of Western countries aggravate the situation in the border zones, said Russian President Vladimir Putin at an expanded meeting of the board of the Russian Foreign Ministry on November 18.

In general, the situation is escalating on all fronts. The United States purposefully escalates tension around Russia's alleged military plans for Ukraine in order to disrupt negotiations between Moscow and Kiev on the Donbass, a Ukrainian military expert, reserve colonel Oleg Zhdanov, wrote in an article for Glavred.

According to him, the US motivation to escalate tension is to prevent separate negotiations between Kiev and Moscow behind the US to resolve the conflict in the Donbass. It is important for them to prevent an "agreement" on some state council, which will mean the federalization of Ukraine, the expert believes. His words are quoted by RIA Novosti. 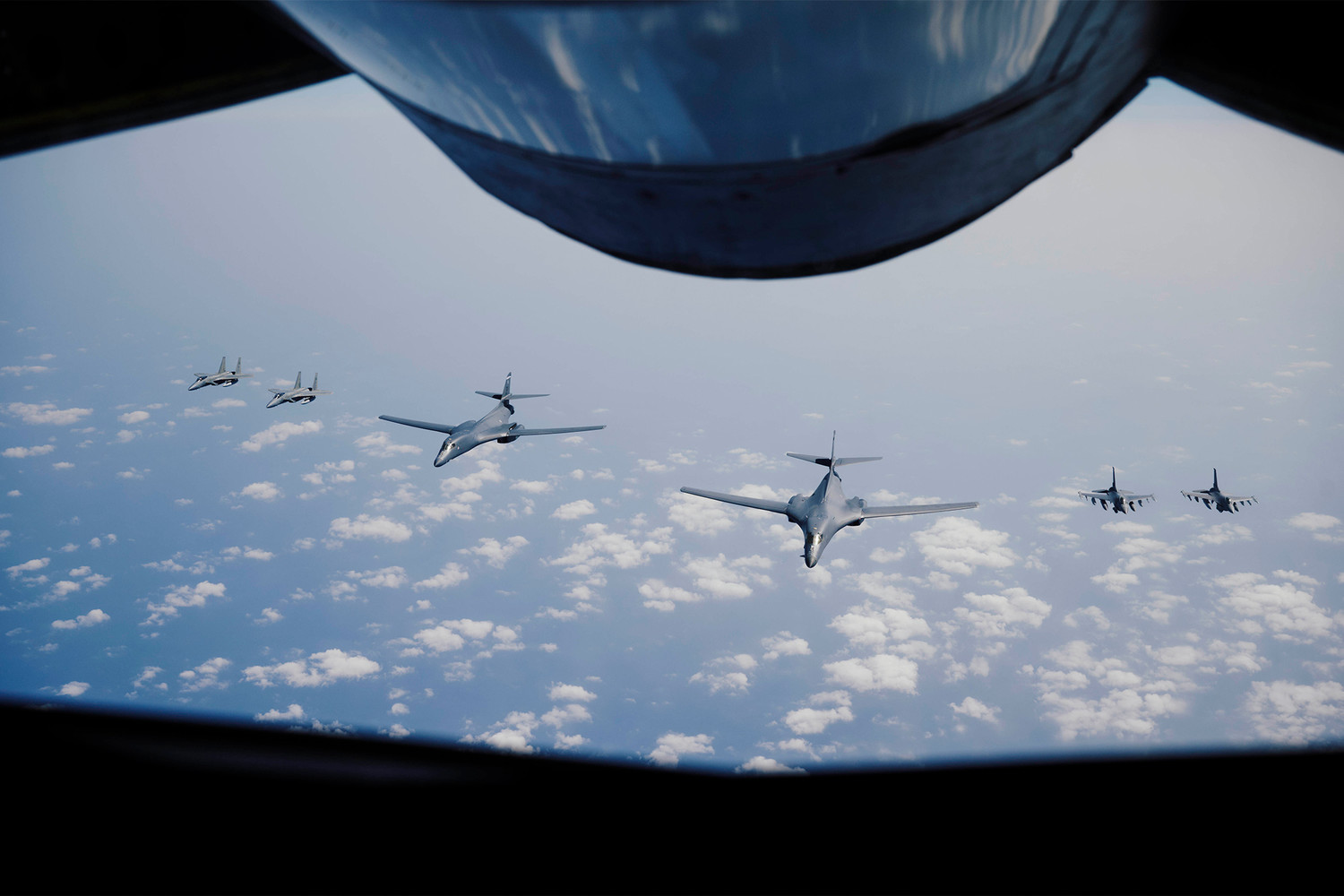 The United States deployed strategic aviation over the Black Sea

Such fabrications seem redundant to us. What is happening is another attempt to divert the attention of society from internal problems to external ones, and even using the image of the "old-good" enemy in the person of Russia. But now the time is running out, coal is running out at the CHP, Russia is not attacking, the rating is falling... Both Mr. Zelensky and his entire team from the "95th quarter" becomes completely sad. And Ukraine has not been funny from them for a long time.