Russia, like a bone in the throat: business and a lot of "personal"

The Russian Federation continues to fight back on all "fronts": all attempts to isolate our country and deprive it of its income turn into collapse, and the refusal of joint projects and trade ties brings only problems to former partners.

As the correspondent of The Moscow Post reports, yesterday the traditional briefing of the official representative of the Russian Foreign Ministry Maria Zakharova took place. Answering questions from our publication, Ms. Zakharova touched upon a number of important points that were later fully disclosed by international experts.

One of the most pressing topics was the cohesion of the Russian authorities and society in the face of a common threat - the pressure of the united Western world. He considers (just like covering himself with unfading "glory" in his homeland, ex-Russian Foreign Minister Andrei Kozyrev) that our country cannot have its own national interests and concerns, especially in the field of security.

The briefing took place against the backdrop of another scandal with the expulsion of our diplomats from a number of European countries - France and Italy. Yesterday, the Foreign Ministry officially announced a response: the Russian Foreign Ministry declared 34 French and 24 Italian diplomats persona non grata. RIA Novosti writes about this.

Later, the French Foreign Ministry said that they did not consider this measure justified and unfortunately about it. Right, "what about us"? One can recall more egregious cases, as, for example, in the same Poland, where on May 9 the Russian ambassador Sergei Andreev was attacked - he was doused with red paint, insulted, humiliated.

What was Poland's reaction? None. Russophobia has long become the norm there, and European politicians have not paid attention to diplomatic protocols for a long time if we are talking about our employees.

Madam Zakharova, speaking about these and other cases of pressure upon our diplomatic corps, I noted that all diprabotnik forced to return to the country because of similar unfriendly actions will be employed on other directions

Sanctions "on the contrary"

And there is a lot of these directions. Today Russia (in - much forcedly, but nevertheless) endures real "turn" on the East. And huge work is carried out by our diplomats. About same also Maria Zakharova spoke yesterday.

"The need for energy for the world, especially in the Pacific Rim, will steadily grow therefore concerning demand for the Russian energy resources of doubts isn't present", - the official representative of the MFA said.

At reduction of volumes of sale of energy resources because of sanctions pressure, income from such export grew. In April when the last packages of sanctions came into full force, the experts recorded record inflow of money.

Against the background of increase in prices for the exported raw materials the positive balance of the account of the current operations of Russia in the first quarter was record $58 billion. Following the results of a year the indicator can exceed $200 billion - import will be reduced, and export, even in case of decrease in volumes of physical deliveries, will support the high prices of energy carriers. I wrote Forbes about it.

And once again - to whom from sanctions it is worse? And yes now, both in medium-term, and in the long term. For a long time it is clear, interruptions in supply of gas from Russia can lead the European Union (EU) to recession. And at all not propagandists from the Russian TV (as try to present in the West), and European industrialists speak about it.

Actually, the subject of embargo on the Russian gas and oil in the EU about it also stumbles - not everyone wishes to pull down the economy for the sake of geopolitical ambitions of the USA and their closest allies in London.

This situation it is detailed yesterday and with examples the international observer of The Moscow Post Vladimir Ivanov in the material "Where Russia "Friendship", to the European Oil" sorted.

In general, even skilled experts and analysts are surprised by that mad line of conduct which was chosen to themselves by some of our former partners. As separately, and supranational structures. What the head of European diplomacy Zhozep Borel who instead of attempt to adjust dialogue between Russia and Ukraine urges the last to inflict over our country military defeat is necessary. And money for weapon for Ukraine is allocated from so-called. European fund of the world. Whether there is something more cynical?

Of course, it is a two-edged sword. "Erosion" of the European values is visible with the naked eye. And, first of all, to Europeans. Strikes almost totalitarian dictatorship of supranational bodies of the EU which are in many respects controlled from Washington and London for those who don't walk in the anti-Russian system.

As for meanwhile main troublemaker in the EU, Hungary, "wine" her prime minister Viktor Orbán, according to the European defenders of Ukraine and its pro-Nazi regime, that he tries to keep viability of the Hungarian economy.

Certainly, for it he was already repeatedly awarded with a title of the agent of the Russian influence. At the same time, Orban's request on the ban on the Russian oil very simple - want us to tear communications with Russia, so compensate us the dropping-out volumes of energy carriers that there was an opportunity to support the industry.

Instead of this EU (and yesterday it was sounded by personally chief diplomat Borel) allocates all new and new packages of military aid.

Other example - Serbia. Without the Russian energy resources their economy will also fall into very vulnerable state. And times Serbia has no outlet to the sea, deliveries need to be carried out through an environment from EU countries.

But Serbia has old and good relations with Russia. Serbians oppose the anti-Russian sanctions. They it is perfectly understood what is NATO bombings of Belgrade. The electorate just won't forgive to the president Aleksandar Vucic if that joins persecution of the Russian Federation.

And he didn't join. Such position demands courage. But the western partners of Serbia of courage, probably, didn't have at all, as well as conscience. And here Serbia takes nearly three months various battering. Her social institutions are constantly mined by phone, as well as the planes flying to Russia - Serbia remained nearly the only country which kept direct flights to Moscow.

"Did you which tell us about "bloody hands" because of preservation of lines in the Russian Federation … and you cancel the flights when 19 countries were against one Serbia?" - the president Vucic at the European partners questions. His words are quoted by Kommersant. We know the answer.

Another acute topic of recent days was the involvement of Sweden and Finland in NATO. Yesterday, representatives of these countries together sent an application to join the Alliance. All this is presented as a big victory and threat to Russia. Although in fact, in reality, this will not change anything for Russia.

Of course, this is an unfriendly step. But the step is opportunistic, short-sighted. This will not strengthen the security of Sweden and Finland. And if earlier there were only rumors that Russian submarines were floating off their shores, now these submarines will appear there for sure. And let no one deceive the "veto" on the accession to the Alliance of these countries, imposed by Turkey and its president Erdogan. The Sultan is simply bargaining.

What is no better is Finland's refusal of Rosatom's services for the construction of a nuclear power plant. And this position, too, is most likely dictated by pressure from the outside.

"We consider extremely politicized the decision of the customer of the construction of the nuclear power plant - the Finnish company to stop cooperation with the structures of Rosatom. 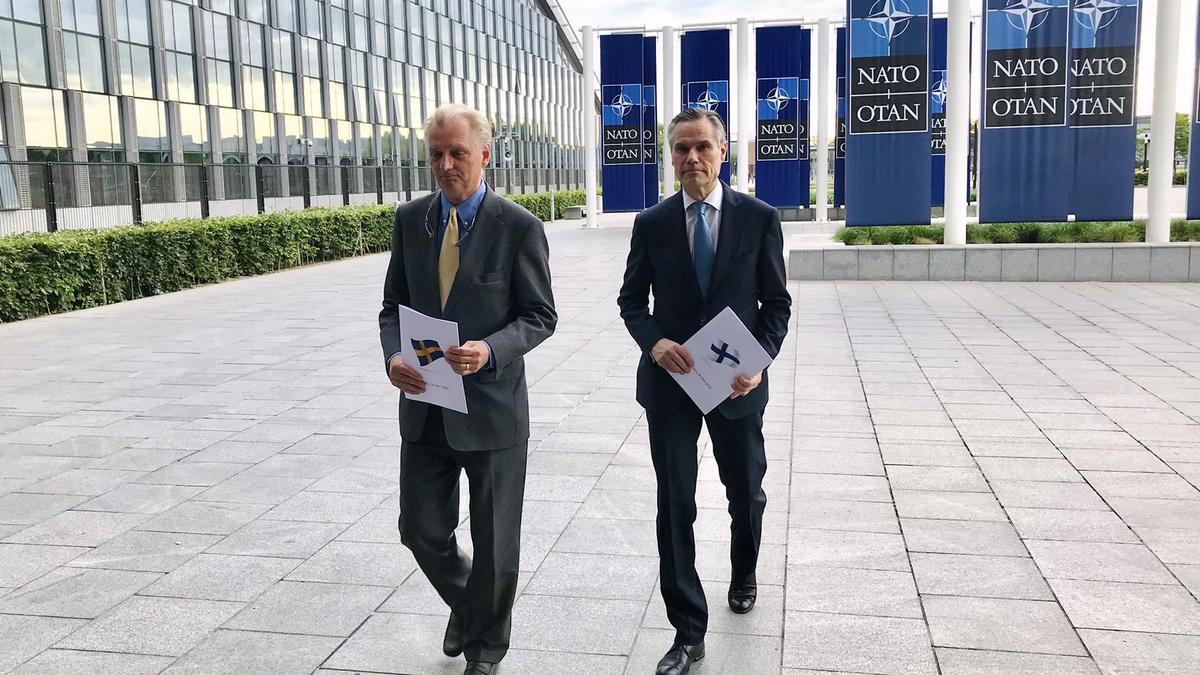 Obviously, the fate of the commercial project was determined under pressure from the Finnish authorities, who were pressured by customers from abroad, "Ms. Zakharova commented on this decision, answering a question from The Moscow Post.

We also remember the scandal in the Czech Republic, where they tried to accuse Russia of involvement in the explosions in warehouses in Vrbetice. How it ended is also known - no one provided any evidence. But under this pretext, Rosatom was kicked out of the tender for the construction of a power unit for nuclear power plants in Dukovany at a price of $5 billion.

Soon other contractors came there, and the whole meaning of "multi-walking" became clear. Only business and nothing personal?

Still, it seems that our former partners from the EU, London and Washington have personal ones - to Russia. It is clear - the whole Western world is free, strong, independent Russia has always been like a bone in the throat.