Is the American establishment ready to jointly solve world problems, or has Russophobia reached such limits that the "hawks" will act contrary to their own national interests?

As the correspondent of The Moscow Post reports, the epic with the election of the American president is over. The day before, the electoral college of the United States confirmed the victory of Joe Biden. Regardless of whether this decision is dictated by pressure or some other circumstances, both the American establishment and other leaders of states understand the necessity to return to solving world problems as soon as possible.

Russian President Vladimir Putin also understands this. The day before, he sent Joe Biden congratulations on winning the election. Earlier, he did not hurry to congratulate his colleague for objective reasons - in the States they themselves could not understand who got the upper hand. But now the agenda is no longer pre-election slogans, but a new geopolitical reality, where both countries, as the Russian president correctly put it, have a special responsibility in the world.

First of all, it is necessary to decide the fate of the most important treaty on strategic offensive arms (START-3). Earlier in the States, both the administration of Trump and the current team of Joe Biden have already spoken about their intention not to renew the contract. Some analysts have already called it a prologue to the end of the world, but the end of the world is not waited in the near future.

What, in this case, can we expect? Large-scale negotiations, which will include China. After all, China was not a participant in START-3. There are no illusions that the parties will be able to agree on a new document, but, in fact, no one needs the arms race in the context of the economic crisis and the global pandemic.

Earlier, the director of the Department of Arms Control of the Chinese Foreign Ministry, Fu Tsung, explained that the inclusion of the PRC is possible only in two cases: if China increases its nuclear arsenals to the level of the United States or if Washington reduces its own. Other options are unacceptable for Beijing, as they do not take into account the huge difference in strategic capabilities.

Another difficulty is the huge step that the Russian nuclear forces have taken under Vladimir Putin, and especially in the last 10 years. we are talking about the Avangard and Burevestnik (Petrel) projects, and Poseidon underwater nuclear drones. The last two ones did not fall under START-3, which automatically made it unacceptable for Washington to extend it in the form in which it existed. Thus, the development of a new document will have to take this factor into account, along with the increased role of China.

The bad point here was other statements from the administration of Biden. Earlier, the Russian Federation offered the United States to sign a document on the inadmissibility of nuclear war, to which Washington refused. Experts believe this is part of a political game: Biden is trying his best to distance himself from Trump's policies, which American propaganda for no reason called a compromise with Russia. 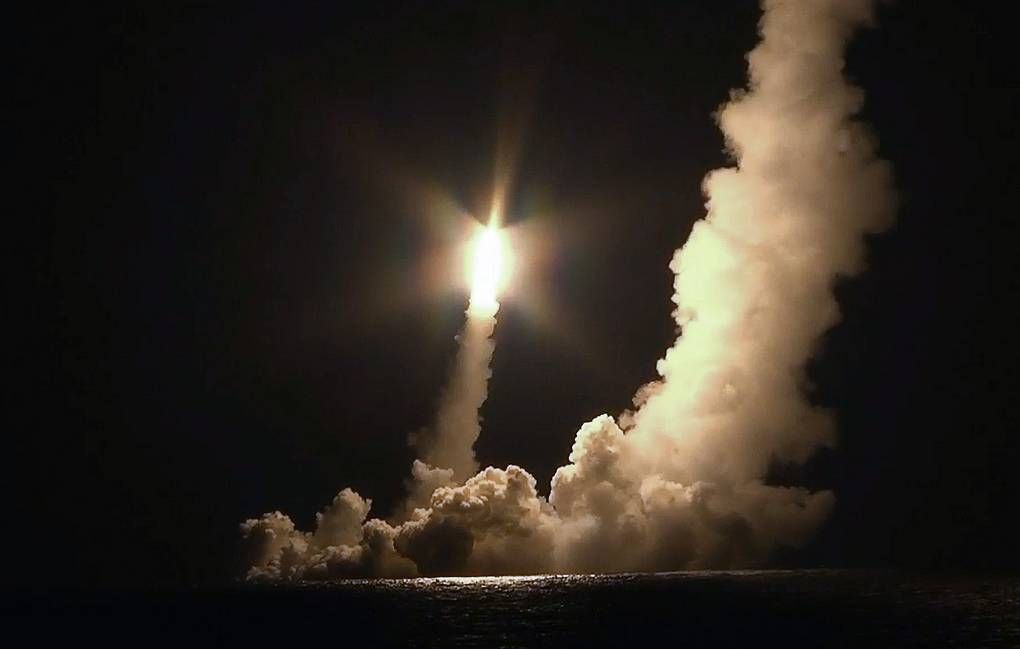 Despite this, there is no logic in rejecting START right now. Back in October, Vladimir Putin offered to extend it for at least a year without any conditions. This was written by TASS.

A sobering effect on the US military-industrial complex should have been provided by the latest tests of the newest Russian ballistic missile called Bulava, launched from submarines. The launches were made on December 12 by the submarine cruiser of the Pacific Fleet called Vladimir Monomakh - it sent four missiles to the Chizha test site in the Arkhangelsk region, for 5.5 thousand km.

According to the American magazine Popular Mechanics, missiles fired from the Sea of Okhotsk can reach most of the United States west of the Mississippi. The publication called the launches themselves "a preview of the end of the world". But, rather, such a preview is the refusal of some American "hawks" from dialogue on curbing the spread and control of such weapons - something that Moscow stood on for many years under Trump.

Tension in the world

Another major topic of the two countries related to the non-proliferation of nuclear weapons will be Iran's nuclear program. Russia has never hidden its efforts to stop American pressure on this country. Now Iran itself has new arguments for radicalizing its position - a few weeks ago, a leading nuclear physicist, Mohsen Fakhrizadeh, was viciously killed in this country.

In the Western media, he was called the godfather of the Iranian nuclear program, and even the Iranian bomb. But Fakhrizadeh was involved in civilian projects. First of all, nuclear energy. Initially, it was reported that his car in Tehran was shot by unknown people. Later, details emerged - the machine gun was installed in the car, and was controlled remotely - there were no shooters at all.

Iran announced that it suspected Israel of the assassination attempt, but Izrael declined to comment. Iran sent an appeal to the UN - and there is also silence. If Israel is behind the attack, it shows both the foresight of the Israeli leadership and the irresponsibility and disregard for the norms of international law. They like to reproach Russia with this, but when it comes down to it, it is Russia that remains the last barrier to restrain lawlessness.

It is not necessary to go far for examples. Bombing and other intervention in Libya, which resulted in the death of Gaddafi and the collapse of the country. The operation in Iraq, in which, as it turned out, there are no chemical and even more so nuclear weapons. The situation with the coup in Ukraine, and then with the attempt to overthrow Nicolas Maduro in Venezuela, and so on. On all these points, the Russian Federation tried to get political, not military, decisions from the international community, including the United States.

The policy of the States in these areas failed and led to a new political crisis in the United States itself. This is clearly visible against the background of the discussion of the new defense budget of the country. In the past, we have devoted a whole material to this document. Its parameters can be refined taking into account the opposition of Democrats and Republicans. And Russia needs to keep a close eye on where the situation will turn.

Earlier, RBC wrote that Trump intended to veto the US defense budget, which was submitted to Congress. The budget includes new sanctions against companies involved in the implementation of the Nord Stream 2 project. It is not worth waiting for the easing of restrictions, but the hustle and bustle from the American showdown gives room for maneuver for both Russia and its European partners (primarily Germany).

A new factor in the confrontation between Russia and the United States on sanctions and solving world problems can be a loud scandal with cheap revelations of a group of Russian marginal oppositionists who are struggling to attract the attention of the world community.

This, of course, is about baseless accusations against the Russian leadership in the poisoning of Alexey Navalny. We will not analyze all the nonsense of their version (moreover in partnership with Billingcat, close to the British intelligence), but we must state that such gestures are a sign of despair.

Despair in terms of the collapse of hopes for a change of power in the Russian Federation for the sake of external pressure alone. They decided to increase the pressure, dreaming of a new "Magnitsky Act" in a "Navalny" way. At the same time, no one is concerned about the evidence base - they refuse to provide the Russian side even copies of the evidence of chemical analysis, where experts "discovered" Novichok. 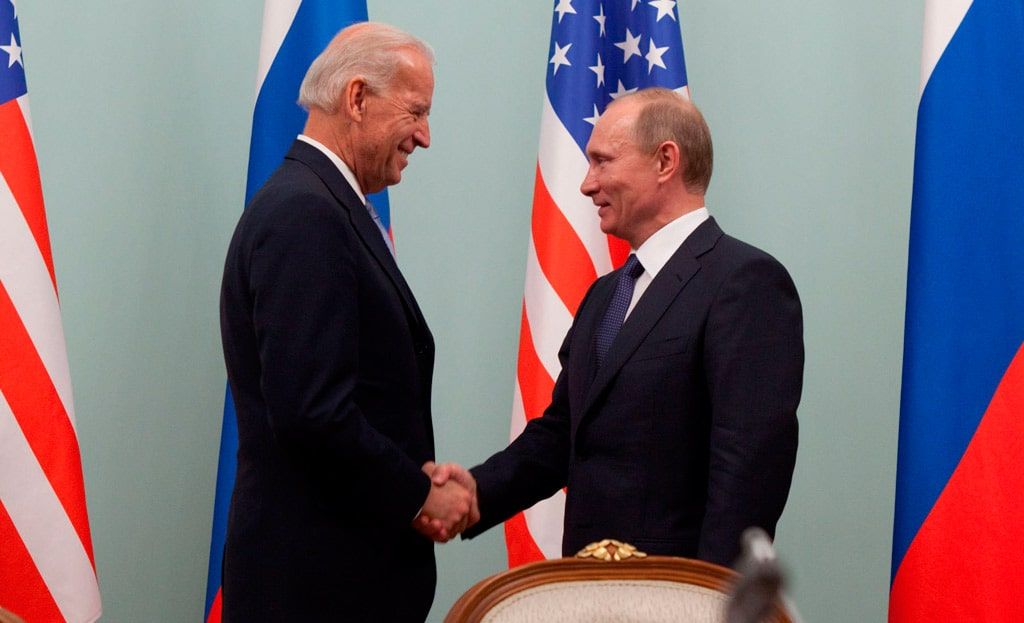 There are no other opportunities left - the "fifth column" in the elections in the Russian Federation will not win, just like that, it was not possible to create the Maidan out of nothing. Only a proven tactic of provocations and fakes is left.

To sum up, Russia is extending its hand to the United States for a handshake and dialogue on solving the world's most important problems, among which we have not yet named North Korea, the situation in Venezuela, the refugee crisis in Europe, and so on.

There is little hope that the administration of Biden will put aside long-standing contradictions in the interests of peace around the world. Though as responsible politicians, the Russian Federation is making a new attempt at normalization - at least, our country will not bear moral responsibility for the aggravation of the foreign policy situation.