Russia and the country of incoming hopes

Japan's position on many issues of bilateral cooperation with the Russian Federation is still difficult to call constructive.

"Japan is our neighbor and a natural partner for us," Vladimir Putin said back in 2013, when bilateral trade reached $33 billion. These were record highs. But at the end of 2020, trade fell to $16 billion. So far, bilateral relations in this area have not revived. In the first quarter of this year, both Russia's exports to Japan and Japan's exports to Russia did not reach the level of $2 billion each. Trade indicators of Russia with China exceed analogous indicators in the Japanese direction by about seven times!

One can, of course, object - China is not suitable for comparison. But even in the "difficult" in political terms and complicated by the pandemic, 2020 brought almost $24 billion in trade between Russia and America. In 2013, this figure was about $27 billion, reports the correspondent of The Moscow Post.

The root causes of the crisis in Russia's trade ties with Japan deserve separate attention, but crisis phenomena are evident. Under these conditions, the Kremlin is making another attempt to revive cross-border ties with a neighboring country.

At a meeting with permanent members of the Security Council, the Russian President raised this topic. "You know," Vladimir Putin told Prime Minister Mikhail Mishustin, "that we have long been working with Japanese partners to create the necessary conditions for participants in economic activities. You and I discussed this. There are good developments. You have very good offers. "

The head of state also noted that the discussions on the Kurils are "unique, unprecedented." In particular, the proposals relate to the involvement of Japan in the economy of the Kuril Islands. "I say this specifically in order to intrigue the participants in economic activity. Well, I hope that after your trip, assessing the situation on the spot, we will finally formulate these proposals and we will definitely implement them, "Vladimir Putin added, parting the Prime Minister before his working trip to the Far Eastern Federal District, including the Sakhalin Region and its part - the South Kurils.

Official Tokyo took this into account, in its own way interpreting the words of the Russian president about the prospects for joint economic activity in the South Kuril Islands. In a statement by Foreign Minister Toshimitsu Motegi, neither yes nor no was made to the proposal made. A typical Japanese reaction to an idea that forces a decision. But to unequivocally refuse Vladimir Putin is a bad tone. Especially since it is easier to refuse simple, and then what?

In the materials of the Russian Foreign Ministry, we can find information that the visit of E.M. Primakov to Japan in mid-November 1996 brought bilateral relations to a new level, that the Russian Foreign Minister then proposed "the idea of ​ ​ establishing joint economic activities on these Russian islands." For this, it was supposed to work out the appropriate legal framework.

But the official position recently voiced by the Secretary General of the Government of Japan, Katsunobu Kato, was that Mishustin's trip to Iturup "does not contribute to the relations between the two countries." He also stated that "he would like to refrain from suggesting the intentions of the Russian side." And he added: on issues of joint economic activity, Tokyo is negotiating, on the basis that the format of such activity does not "violate our legal position." According to Kato, Tokyo asked to cancel the visit of Mishustin that the Japanese government knows about the intention to develop the Kuril Islands, but Japan's participation will be possible only if its position is respected.

To protest Russia is a familiar matter for Tokyo. The Russian ambassador to Japan was summoned to the Foreign Ministry precisely for this. Ambassador Mikhail Galuzin did not accept the protest and stated that the Kuril Islands "passed to our country legally following the results of World War II." First Deputy Chairman of the Federation Council Committee on International Affairs Vladimir Dzhabarov also said in this regard:... " the Prime Minister travels in Russia, which is independent of Russia in accordance with the Constitution. <...> I think that the Japanese need to be calm about this. They must understand that the issue with the islands is closed for Russia. "

While on Iturup, Mikhail Mishustin aimed his team's attention at how to build an economic regime for the accelerated development of geographically remote, but potentially rich and attractive islands. In particular, it is planned to introduce a regime of free customs territory in order to help enterprises import the necessary equipment and goods, reduce or remove some taxes. The rate of insurance premiums, which is 7.6% within the territories of advanced development (TOR), can be reduced.

So far, in the Kuril Islands, preferential treatment is applied only within the framework of the Mountain Air TOR on the territory of Shikotan Island. TOR residents have the right to five-year zeroing of the federal part of income tax (2%), to reduce the regional rate from 18% to 5%, to reset property tax (rate 2.2%), as well as zeroing in the first three years of land tax (1.5%). The lions provided due to climatic conditions and difficult working conditions are supposed to be applied for the main types of economic activities, with the exception of financial intermediation, production of excise goods, capture of valuable resources. Mishustin explained that "this cannot be done offshore, as in the 1990s, when such, say, domestic offshore companies were not created in order to invest in the territory and develop the economy here," but in order to minimize taxes.

For Moscow, it is important to interest Japan in the development of the Southern Kuril Islands, taking into account its objective interests, economic opportunities, geography, and finally. But neighbors should understand that this is not an end in itself. A special regime for the South Kuril Islands is primarily a regime for Russian investors. Who will be with local and visiting Russian entrepreneurs in partners - for the second time.

It is extremely important that in 2023 a system for the reception, storage and regasification of LNG will be built on the islands of Iturup and Kunashir, the gasification of the islands will begin. Amendments may also be made to the Federal Target Program "Social and Economic Development of the Kuril Islands (Sakhalin Region) for 2016-2025 Years." Since July 26, United Far Eastern Airlines flights have been launched from Yuzhno-Sakhalinsk along the first routes and tariffs provided for by a decree of the Government of the Russian Federation.

If you meet evening on the western shore of Honshu Island, the main and largest island of Japan, the sun sets in the Sea of ​ ​ Japan, where the waters of Russia, China, and two Korean states begin. And then the lands on which the island power woke up from centuries of isolation repeatedly tried to gain a foothold with the help of military force. For 76 years, this policy has been put to an end.

Some scars were healed, others, such as the divided Korean Peninsula or Taiwan, were never overgrown. Japan was able to completely, as an actor of the Beijing Opera, change the "mask" to the one with a smile and in the framing of sakura colors. But the memory of the former warlike Japan remained with the neighbors. It remained with the Japanese, especially with politicians and people of older generations. So far, this collective memory holds Japanese business firmly within the framework of strict discipline established by the Japanese Foreign Ministry.

Who knows how long it will take for the leaders of generally small and medium-sized Japanese companies to feel able - without looking back at their capital - to do business in the South Kuril Islands, as in other Russian regions, cities and regions. But you should not have high hopes for Japanese participation. The southern Kuril Islands, their development is part of the strategy of the Russian Federation aimed at economically "promoting" the Far Eastern region.

Let us ask ourselves: is the collective West interested in this? And Japan is an organic part of the Western world, but with Eastern specifics, plus its phantom longing for the territories lost by the results of World War II, which, and this is important, the Japanese government does not recognize. It must also be borne in mind that Japan is the most important military-political partner of the United States, now in the Indo-Pacific region. Whatever appears in the official Japanese language of Russia, the Pentagon's positions in the military field were and remain decisive. 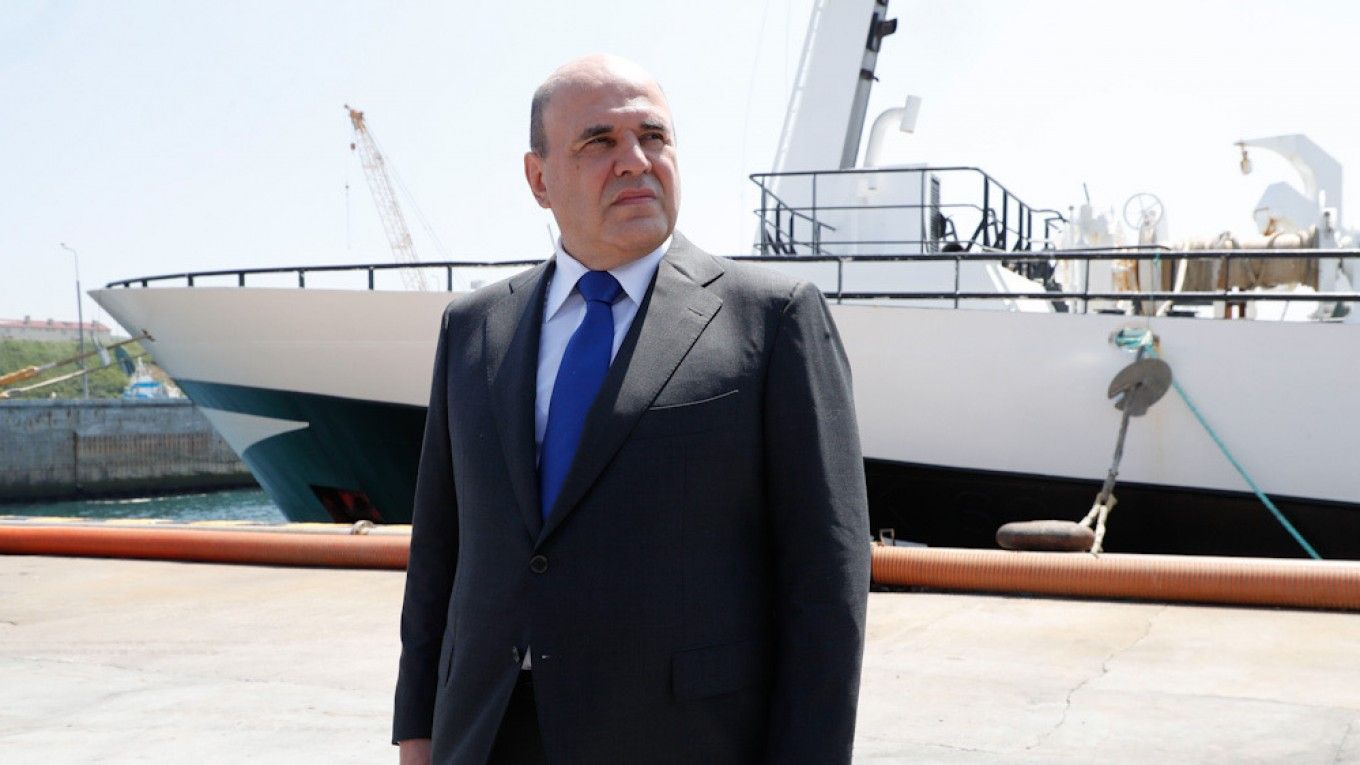 For Russian business, the country of the Rising Sun, unfortunately, is turning into a country of sunset hopes and loss of optimism. You can't say that about Russian citizens. Interest in Japan and its culture is growing, tourists are becoming more, although it is still difficult to get a visa. It is hoped that the South Kuril Islands and the new ideas of the Russian Government for the joint development of these Russian islands will ultimately lead to an intensification of bilateral relations with Japan across the spectrum of both industries and geographical areas.