Return to Minsk: Zelensky between Biden and the anvil

Having lost subjectivity in international relations, Ukraine under the current government demonstrates complete incompetence, cowardice and lack of agreement, which can end in great blood.

According to the correspondent of The Moscow Post, the night before, US Deputy Secretary of State Victoria Nuland said that her immediate boss Anthony Blinken and Russian Foreign Minister Sergei Lavrov are likely to hold a new series of negotiations this week.

The Russian Foreign Ministry did not refute this information - it means that the dialogue continues, despite all the problems and the actual refusal of the United States from a number of key Russian proposals. First of all, about the "rollback" of NATO's military infrastructure to the 1997 position and guarantees that Ukraine and Georgia will never become members of the Alliance.

Meanwhile, what is happening can be interpreted as an attempt to delay the process without making concessions on key issues for Russia. Earlier, the President of Russia stated that he would not allow to "hush up" and "talk" the topic. He, through the mouth of his press secretary, made it clear that the Russian Federation intends to study in detail the written response to Russia's proposals to the United States and NATO. Such came to the disposal of the country's leadership last week.

It would seem that the process is really delaying - and with it military hysteria around Ukraine and Russia's mythical plans to attack the once fraternal republic are layered on it. And the fact that Russia is not going to attack anyone in the current "PR reality" does not matter. Hysteria, the fall in quotes of Ukrainian companies, capital flight and the threats of new sanctions against our country are absolutely real.

Analysts believe that the parties are engaged in a subtle diplomatic game with a "rate hike" to strengthen their own negotiating positions. Moreover, so that the interests of Ukraine are not at all in the focus of their attention.

Almost no one has the illusion that Ukraine, its leadership and President Volodymyr Zelensky are significant values ​ ​ in the layouts of overseas politicians. Perhaps only a small part of the Ukrainian electorate (less than 20%), approving of Zelensky's actions.

The drop from 74% of electoral support to the current level is evidence of dissatisfaction, weakness and incompetence of the Ukrainian leadership. What follows from the above is his complete lack of agreement, as Dmitry Medvedev, deputy secretary of the Security Council of the Russian Federation, said earlier in his article.

Apparently, this is the attitude towards Ukraine and its expensive partners, primarily the main initiators and beneficiaries of the coup in this country - the United States. Now the Biden administration is engaged in many complex processes, including negotiations with the Russian Federation on security guarantees. But the main thing for them is still the problem of China, spreading its shoulders in the Asia-Pacific region and around the world. 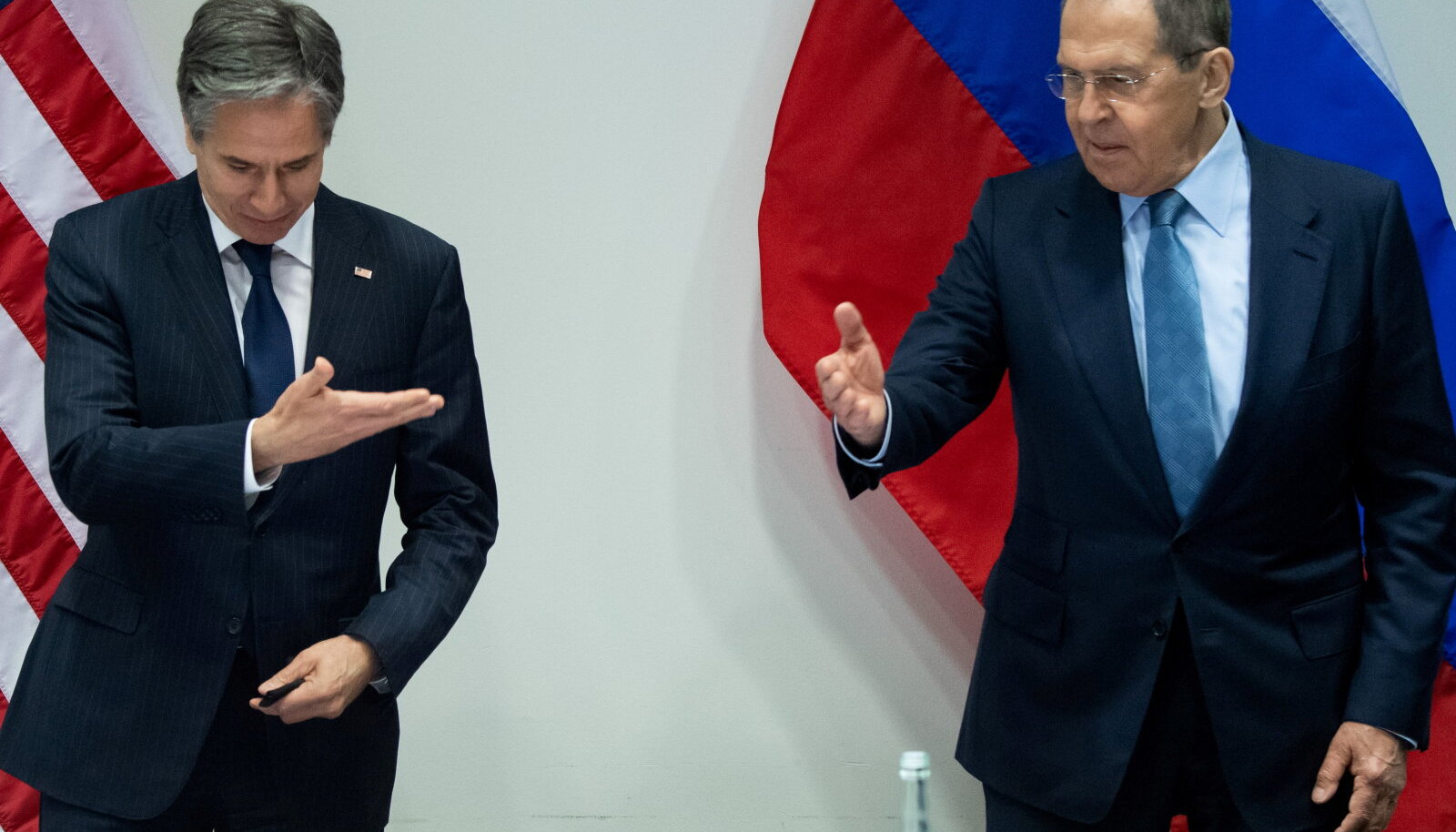 According to experts, "The processes that take place in Ukraine now resemble the plot from the film" The Tail Wakes the Dog. " The United States, escalating the military threat, saying constantly that [Russian President Vladimir] Putin is about to attack, thus persuade Kiev to implement the Minsk agreements, "said Andrei Zolotarev, head of the Third Sector analytical center. His words are quoted by TASS.

Apparently, they both did not intend to implement the Minsk agreements in Kiev. And against the background of the catastrophic situation in the economy, the rampant radicals and the further degradation of Ukrainian statehood, a possible attack by Russia even looks desirable for Zelensky and his team. After all, it would be possible to write off all the failures on him, to rally society around him. But only Russia does not attack everything.

And Minsk is in no hurry to carry out Zelensky. It seems to be seriously annoying his overlord in Washington. Last week, US President Joe Biden held telephone conversations with Zelensky, at which, according to rumors, he literally reported him as a young child.

Of course, both leaders reject this interpretation of events. But after an hour and a half (such attention to Zelensky from Biden is a lot), the parties practically did not comment on what they were talking about. This is a bad sign - there is simply nothing to say from the positive for Kiev.

And all right, these would be "machinations of Russian propaganda," as such statements would be explained in Kiev. So American propagandists themselves write about the tension between Biden and Zelensky. And not invented, but the most real - CNN.

According to them, Zelensky was tired of the "excessive attention" of the United States to the Russian threat, which, according to Kiev, only causes panic within the country. At the same time, Washington refuses to apply preventive sanctions against Russia, which does not suit the Ukrainian side.

In addition, CNN sources indicate, Kiev is outraged by the decision of the United States to evacuate diplomats from the country. On the eve of Zelensky called the departure of embassies of several countries from Ukraine a mistake. In fact, their departure is not a mistake, but part of a thoughtful campaign to pressure Kiev.

Similarly, Ukraine was "supported" by Canadian "friends," and before that a number of "friends." Even earlier, NATO and a number of countries (Great Britain, Croatia, etc.) announced that they would not send their soldiers to Ukraine to fight Russia.

Thus, Zelensky was in an extremely stupid situation. He knows that there will be no attack by the Russian Federation. The only option is Ukraine's provocation against the DPR and LPR, which Ukrainian nationalists crave so much. Their Zelensky is afraid - although how many are in Ukraine, 5%?

And to go for aggravation in the Donbass is scary. Russia made it clear to everyone that it would not abandon people in trouble under Ukrainian bombs. This will be the end of not only Zelensky, but also Ukrainian statehood. Fear and uncertainty, multiplied by cynicism and incompetence, are the main characteristics of the modern Ukrainian leadership.

By the way, Zelensky himself asked for preventive sanctions against the Russian Federation. Another "smart" step in building dialogue with the northern neighbor, on whose position, in fact, so much depends in Ukraine. Earlier, the Biden administration has already refused to impose new sanctions on the same Nord Stream-2. The most interesting thing is that Zelensky, speaking with Biden, uses this topic to torpedo his power within the States. I couldn't think of anything smarter. 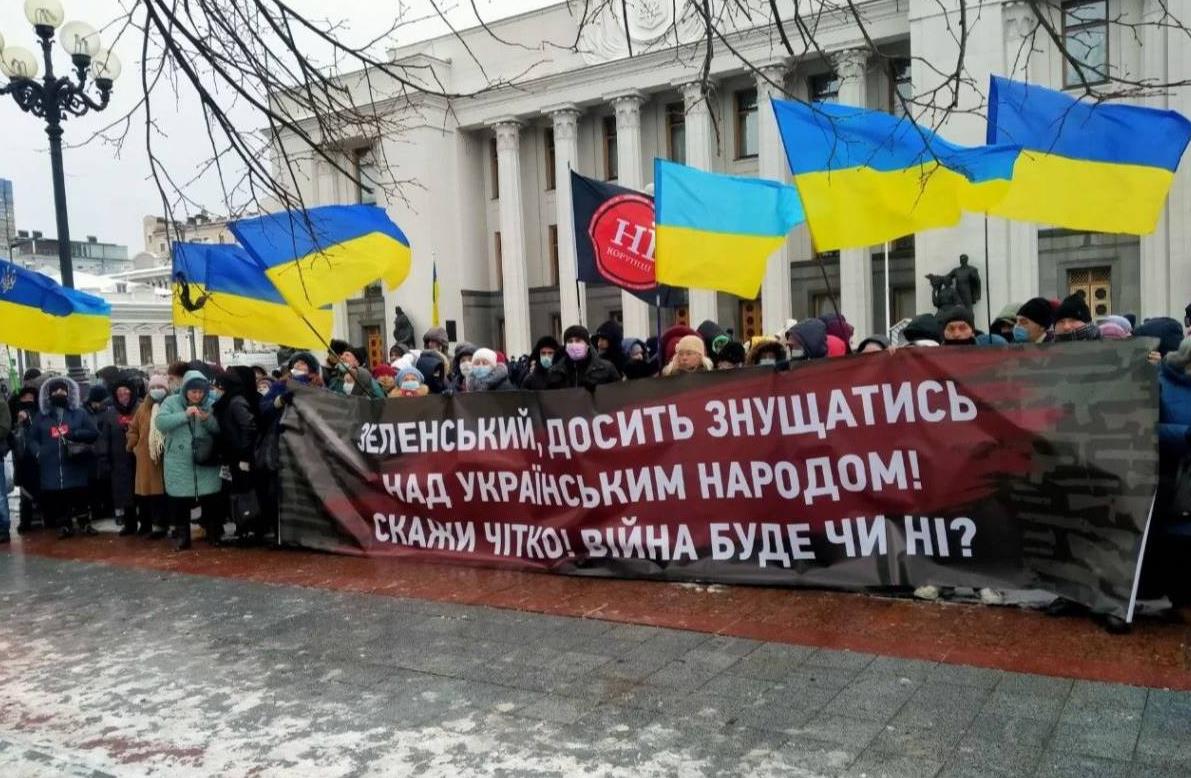 On the one hand, Western "partners" are pressing Zelensky, and on the other, an aggressive nationalist minority in Ukraine

This is about Zelensky's many contacts with GOP representatives in the States who sleep and see the end of Joe Biden's power. And, of course, the topic of Russia in these situations is one of the key ones. And not only Republicans, Democrats are also dissatisfied with Biden, there is a real split within the party about his position - both to China, and to Russia, and to solve intra-American problems.

One of these democratic people with whom Kiev maintains contacts is the Democratic senator, the head of the international committee of the US Senate, Robert Menendez. The day before, he did not rule out that part of the sanctions that are being prepared against Russia could be introduced "in advance." About this writes Russia Today.

Of course, this will completely destroy any mutual understanding between Vladimir Putin and Joe Biden, but will not help in resolving the crisis. Is that the goal?