Regular "fire" or "invasion," which was not

Aides to Joseph Biden began "artillery preparation" for the meeting of Russian and American leaders. So Blinken, almost "quarreled" with Foreign Minister Sergei Lavrov. And the German edition of Bild published another "opus" from the "Washington regional committee" about the allegedly impending Russian invasion of Ukraine.

Aggravation of rhetoric and mutual accusations of Russia and the United States - warming up positions before an early conversation between Vladimir Putin and Joseph Biden. And if they agree?

According to the correspondent of The Moscow Post, the last few days have turned out to be extremely prolific for diplomatic services and the media of leading geopolitical players, primarily the Russian Federation and the United States. On the eve there was information that Russian Foreign Minister Sergei Lavrov and State Department head Anthony Blinken talked in elevated tones during a diplomatic dinner in Stockholm.

The dispute concerned Ukraine, the most problematic point in relations between the Russian Federation, the EU and the United States at the moment. The dispute began after the United States and its European allies began to look for ways, including possible sanctions, to respond to the threat of a mythical Russian invasion of Ukraine - allegedly in connection with the deployment of Russian troops near the border.

Sergey Lavrov once again repeated that the events in Kiev in 2014 were a coup d'etat, accused NATO and the EU of suppressing dissent and threatening Russia. In the same Ukraine, there are practically no media that represent the point of view of the residents of the South-East of the country - they are defeated in the most egregious way - by extrajudicial closure, in fact - reprisals.

Blinken, of course, denied a similar tract of events, but the main thing is different. Over the past weeks, there has been a high degree of tension between Russia, the United States and the EU. This applies to the energy crisis, the migration crisis on the Polish-Belarusian border, and, of course, Ukraine.

On the eve of the German edition of Bild, which is right to be dubbed the propaganda mouthpiece of NATO and the EU, published allegedly a scheme for the Russian invasion of Ukraine. Like, it should begin from several sides, the army allegedly plans to go to Uman, attack, including from the Crimea.

"Everyone thinks they're a strategist"

Of course, all this is complete nonsense. Plans for an "attack" of Russia - with schemes, shooters of blows and others appear in the Western media once every six months. At the same time, in the Verkhovna Rada of Ukraine, a report on a possible Russian attack was presented by the new Minister of Defense of Nezalezhnaya Alexei Reznikov.

From his speech and reaction to it, people's deputies can understand how seriously these "stuffing" are taken in Ukraine itself. Reznik explains: Russia may not attack... At the same time, deputies below in the hall noisily discuss their plans for the weekend - summer cottages, trips to the sea, participation in events. Clean circus, farce, you don't even have to pretend that you believe in this galimata. But after all, anyway, everyone considers himself a strategist, seeing the fight from the outside - it's easy to speculate on the topic. Just because I'm sucked out of my finger.

What is funniest is none of those who warm up the topic, and this is the head of Eurodiplomacy, Josep Borrel, and the Baltic countries, and Poland, and all-all our well-wishers, cannot answer one question. They write a lot and lengthy "how," but never explain "why" Russia to attack and occupy half of Ukraine. It seems that NATO missiles are not there yet, despite all the weapons delivered and provocations.

True, US strategic bombers capable of carrying nuclear weapons are already flying all over Ukraine and the Black Sea. Which also does not answer the question of why they will invade Ukraine, when it is no longer that the air defense system C-400 on combat duty (it separates them under-nuts), but on the approach and a C-500 capable of hitting targets in near-Earth orbit.

About "Poseidons," "Vanguards" and so on, we are silent with them. Who and what are they scaring? And most importantly - and here is a "land" invasion, who needs it?

The official representative of the Foreign Ministry, Maria Zakharova, reacted to the publication of the next picture with the invasion. She noticed a lot of stupid things on the map, including quite provocative ones.

For example, Ukrainian Lviv, which became part of the Ukrainian SSR thanks to the position of Joseph Stalin, hated by official Ukraine, is not even designated by German Lwiw, but by the old Austro-Hungarian name Lemberg.

The eastern part, clearly sent to journalists from the Office of the President of Ukraine, on the contrary, has Dnepropetrovsk in its composition in the new-fashioned way "Dnipro," although it has hardly been named for five years. Will-nilly think, isn't it "trolling," or even our Western partners may have plans to "sawn" Ukraine, tearing the Lemberg back for Austria?

Be that as it may, they will applaud in the Rada, because it is not so far to go to Boryspil - they expect to relent in the event of a breech.

"If we are already accustomed to journalistic lies in Germany, then this German" trolling "can cost the newspaper dearly, given the recently revealed fact of rustic anti-Semitism in the ranks of German journalists. Three pieces of this puzzle formed in the bild editorial office of the Bild newspaper (sorry for the nonsense) in this nonsense, and, satisfied with themselves, the publication's employees went to the weekend, "Maria Zakharova appreciated the" creativity "of Western journalists in her telegram channel.

But Bild is not the only such publication. The day before the release of the article, a similar map was published by The Washington Post, no doubt the most influential newspaper in the world. And he published just in conjunction with the alleged Russian invasion of Ukraine. That is, German pen sharks repeat for the United States?

According to sources, all this is the preparation of mutual positions for negotiations between Vladimir Putin and Joseph Biden. Negotiations will be held on December 7, the existing plans in this regard were confirmed in the White House. About this writes Komsomolskaya Pravda.

Among the issues, as it is easy to guess, Ukraine, and more broadly - issues of strategic security, security architecture in Europe. Recently, Vladimir Putin at a meeting of diplomatic personnel set the task for them to seek legal guarantees not to expand NATO to the East, to ensure Russia's security on mutually beneficial terms with partners.

It seems that the entire "fire" of the media environment on both sides is the preparation of positions, and soon after the conversation we will learn about the decrease in the level of tension, the softening of rhetoric, and so on. This is a rather ordinary technique - at a minimum, a reduction in tension will be sold to society. But is there a chance to agree on substance? 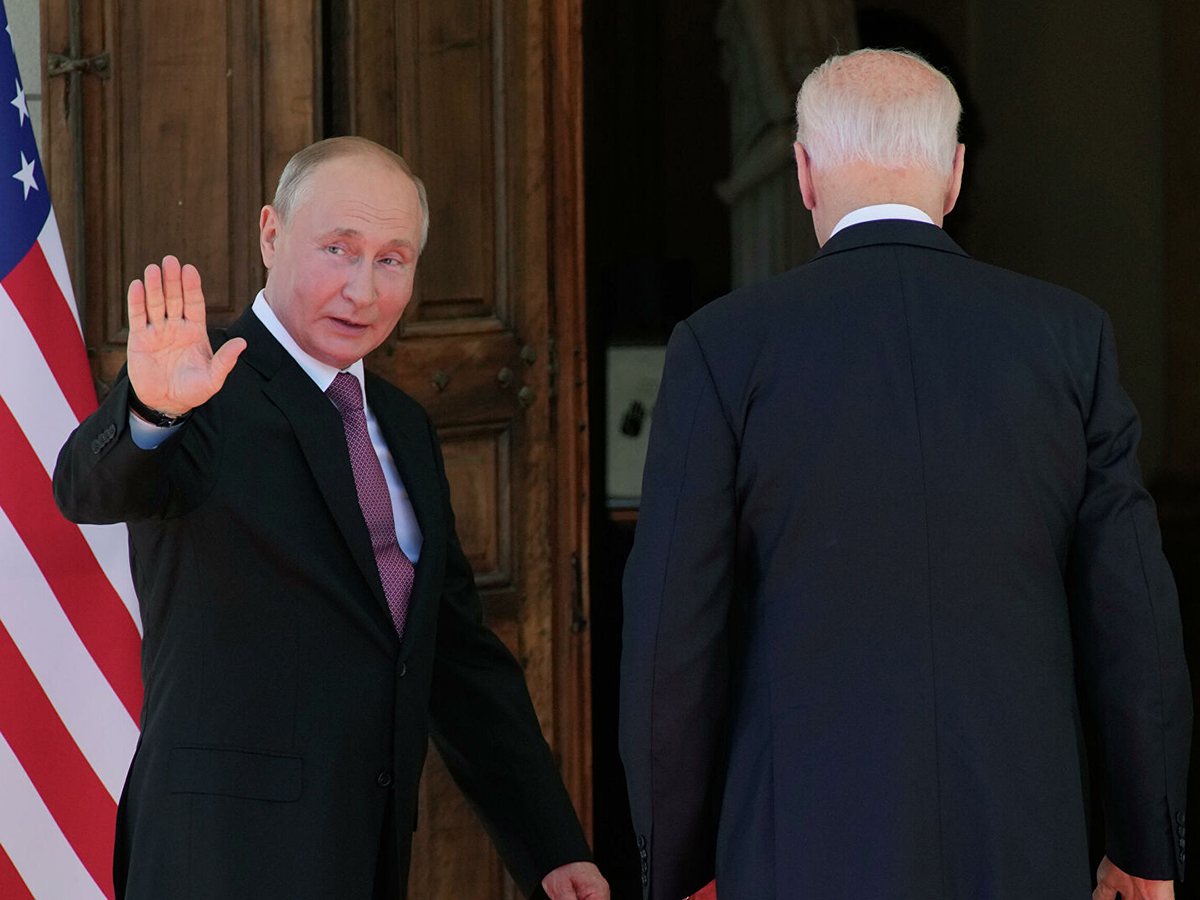 The "study" meeting in Geneva has already been. Now is it time to agree on the substance?

Experts are sure that there is. And this chance is given by the confrontation with China. None of the hands of the "European integrators" will let go of Ukraine, but it is necessary to reduce the intensity. Otherwise, China will not hold, but Taiwan's problem is still on the horizon. What kind of Crimea is there? Not to fat, I live, - probably Biden thinks something like that. Well, of course, we will hope for the best.